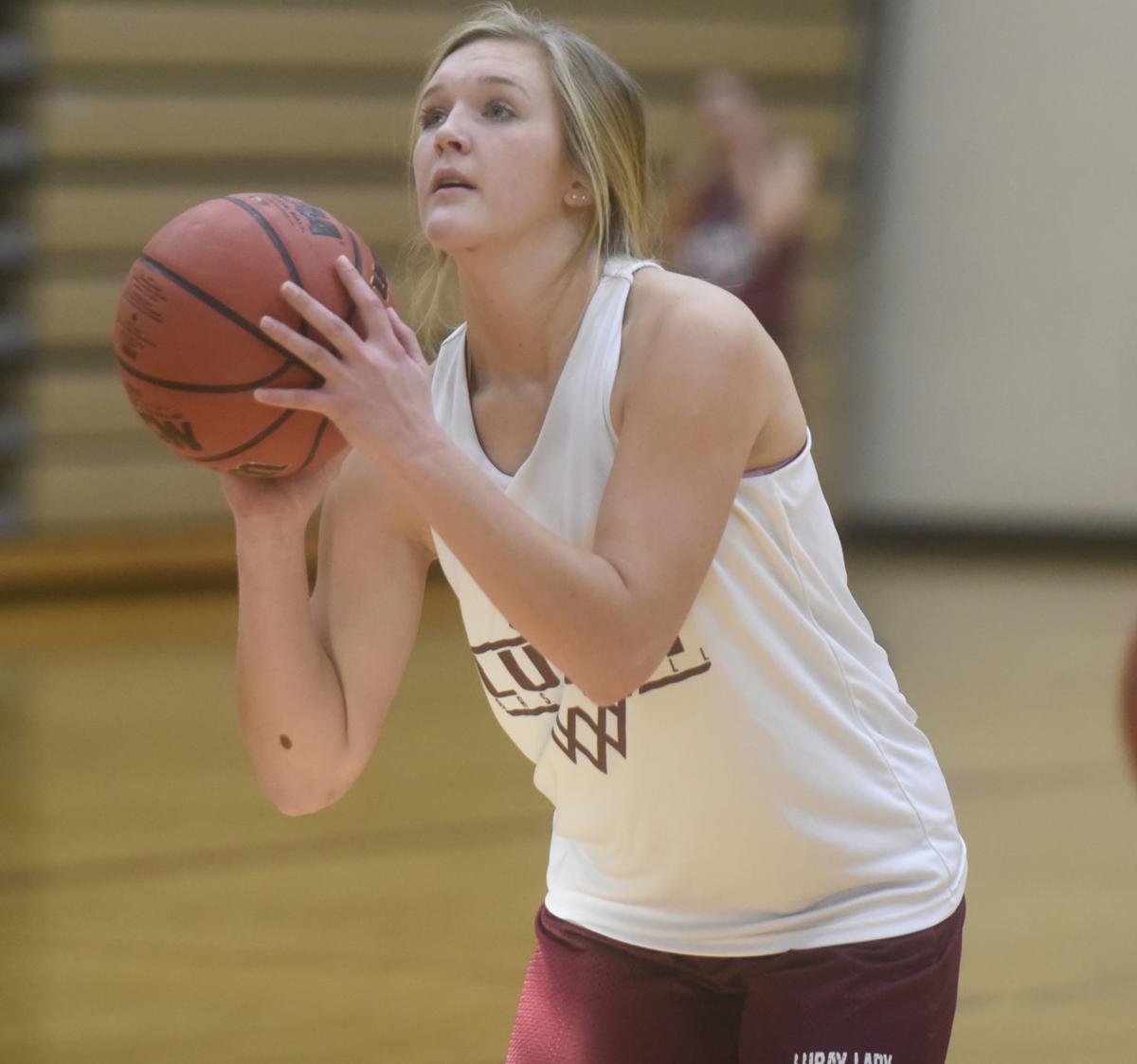 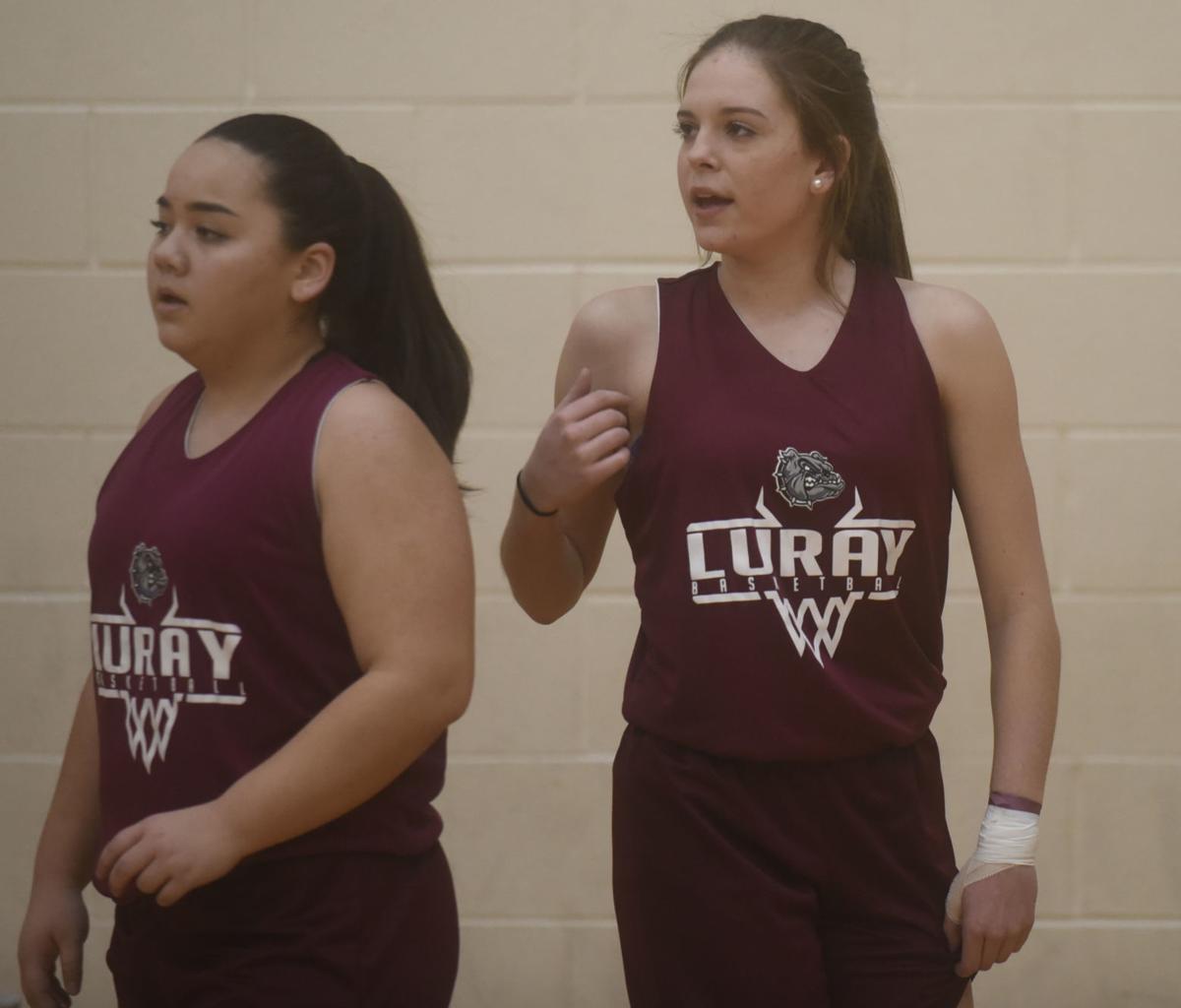 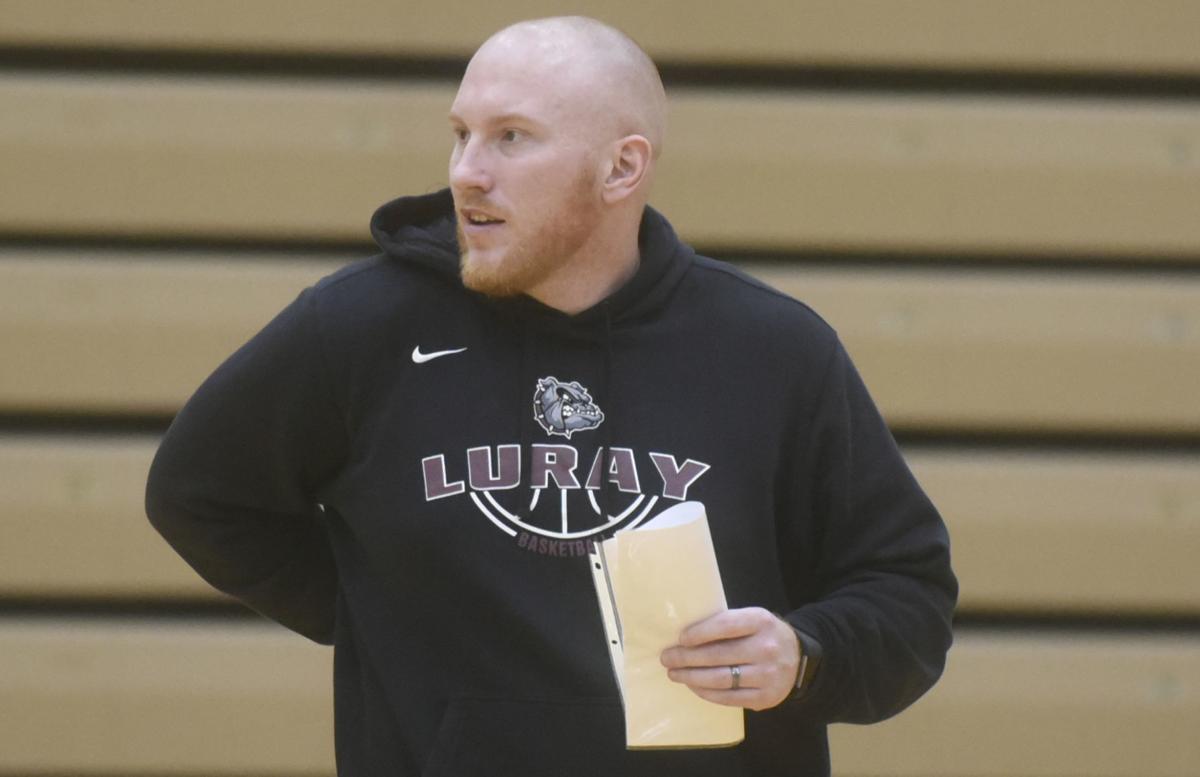 LURAY — As fans stood to applaud and her teammates surrounded her with smiles on their faces, Emilee Weakley said she didn’t understand what they were celebrating.

“I had no clue,” the Luray sophomore guard said. “I was glad I didn’t know. Some of my teammates had to explain to me what was happening. It didn’t quite click at the time.”

Weakley, a 5-foot-10 guard that leads the Bull Run District in scoring, broke the Bulldogs single-game scoring record in an 80-51 win over Central on Dec. 28 with 41 points.

“It wasn’t real at the moment,” Weakley said. “But once it sunk in, it was really great.”

Weakley is just one of a number of young Luray players stepping up this season as the Bulldogs are off to a perfect 9-0 start, with several impressive wins on their resume.

Joe Lucas, who is in his fourth season coaching Luray, said it’s been a total team effort.

“This group really gets along well and they really love each other,” Lucas said. “We talk a lot about doing hard stuff together. That’s where we sort of developed a bond, a chemistry. Now, they’re having fun. They’re a tight-knit group and it shows.”

When Lucas first took the job during the 2016-17 season, he inherited a senior-led group with a lot of experience and the result was a deep playoff run.

But like many high school teams, the Bulldogs went through the growing pains of losing key players and had to play with a lot of youth on the court for the next two seasons.

“We could sort of start seeing the light,” Lucas said about this past offseason. “The first couple of years, we were finding our way a little bit. Last year, we started to see it progress. We had a great offseason. We could see the momentum building a little bit. I certainly didn’t know it was going to be to this extent, but it’s just really progressed.”

Luray actually had more experience on its roster last season with three seniors — it only has one this year — but several players that are back this year played as freshmen.

The result has been the Bulldogs’ best start to a season in their four years under Lucas.

“We were hoping for it,” sophomore Averie Alger said. “It’s what we were working for. It kind of took me by surprise because last year, we thought we’d do it better. I’m glad how well we’ve done. We just focus on what’s next. We only take it one game at a time.”

With six sophomores on the roster and two freshmen, there’s a lot of familiarity.

That has allowed the camaraderie and friendship between the players to grow quickly, they said.

“We just really play together,” said junior guard Brynlee Burrill, who averages 10.7 points, 5.7 rebounds, 5.1 assists and 3.1 steals per game. “You can tell everyone wants to be here. We all really get along. It really helps having girls that really want to win.”

Despite having mostly underclassmen on their team, the Bulldogs play with a veteran-like confidence.

Weakley said she thinks young players seeing significant minutes will ultimately pay off for the team down the road.

“It’s teaching us a lot,” Weakley said. “It’s helped us mature as basketball players. Having a younger team is nice because we get a lot of years together. We get more practice time with each other and more success in upcoming years. I think it’s great.”

Luray’s practices are filled with energy and their coach admitted he has no problem showing emotion throughout each session. That is evident during games as well.

Jaidyn McClung, a freshman that is averaging 10.4 rebounds along with 6.7 points and 2.8 assists per game, said the atmosphere around the program is beneficial for all.

“When we’re playing, we always hear our bench and our coach,” McClung said. “When we do something good, you can hear him. It pushes us. It makes us want to get better.”

While Weakley, Burrill, McClung, Alger and Amber Tharpe all get a majority of the attention for their solid statistics, the starters praised the role of the reserves, too.

“The girls on the bench help a lot,” Burrill said. “Hearing them cheer — it’s good. There’s no ego. We’re very selfless. We’re in it for the team. We’re not in it for ourselves.”

One player that also isn’t in it for themselves is Weakley, she said, despite her big numbers.

The sophomore is averaging 29.3 points, 7.2 rebounds, 5.3 steals and 2.6 assists per game this season and has established herself as one of the area’s top all-around players.

“I think it’s her motor,” Lucas said. “Her skills have gotten progressively better, but her motor is the difference. There’s been a couple of times where she’s struggled for a quarter or struggled for a half, but she’s 100 miles-per-hour all the time. She just goes right at everyone. That, combined with having other girls around her, is huge.”

Lucas continuously pointed to the offseason as the turning point for unbeaten Luray.

Weakley, after a strong freshman season, was one of the players leading the way, he said.

“She works, man,” Lucas said. “She’s in the gym the whole offseason. She’s made it known that she wants to play college basketball. She’s a worker. She has things that she knows she needs to polish, but she just works. That’s the biggest thing.”

When Weakley spoke about her own game, she was hesitant to take too much credit.

“Honestly, my parents push me a lot,” Weakley said. “I’m thankful for that. They’re the reason I am where I am today and, of course, God has given me the talent. It’s a lot of support from my family. I definitely wouldn’t be where I am without them.”

That’s why even once she realized what she had accomplished with her 41-point performance on Dec. 28, she said it was a moment that meant a lot to her for other reasons.

While she said she respects and is proud of the history of the Bulldogs basketball program, she’s trying to break more records and that starts with the win-loss column.

“It is meaningful, but honestly, if we weren’t winning and having a successful year, it wouldn’t mean as much,” Weakley said. “I want our team to win. It’s not just about me scoring points. Winning is the biggest thing for me.”