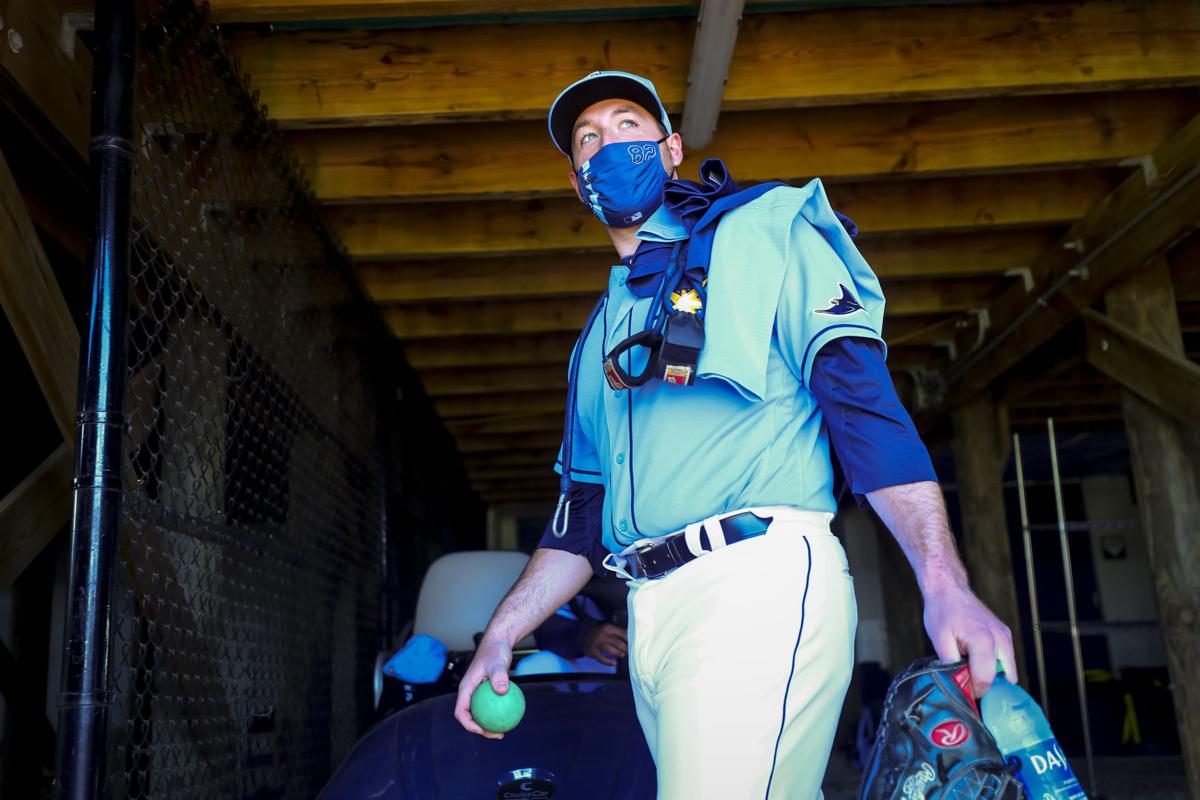 Tyler Zombro, a city native and Staunton High grad, pitched for the Rays in spring training this year. 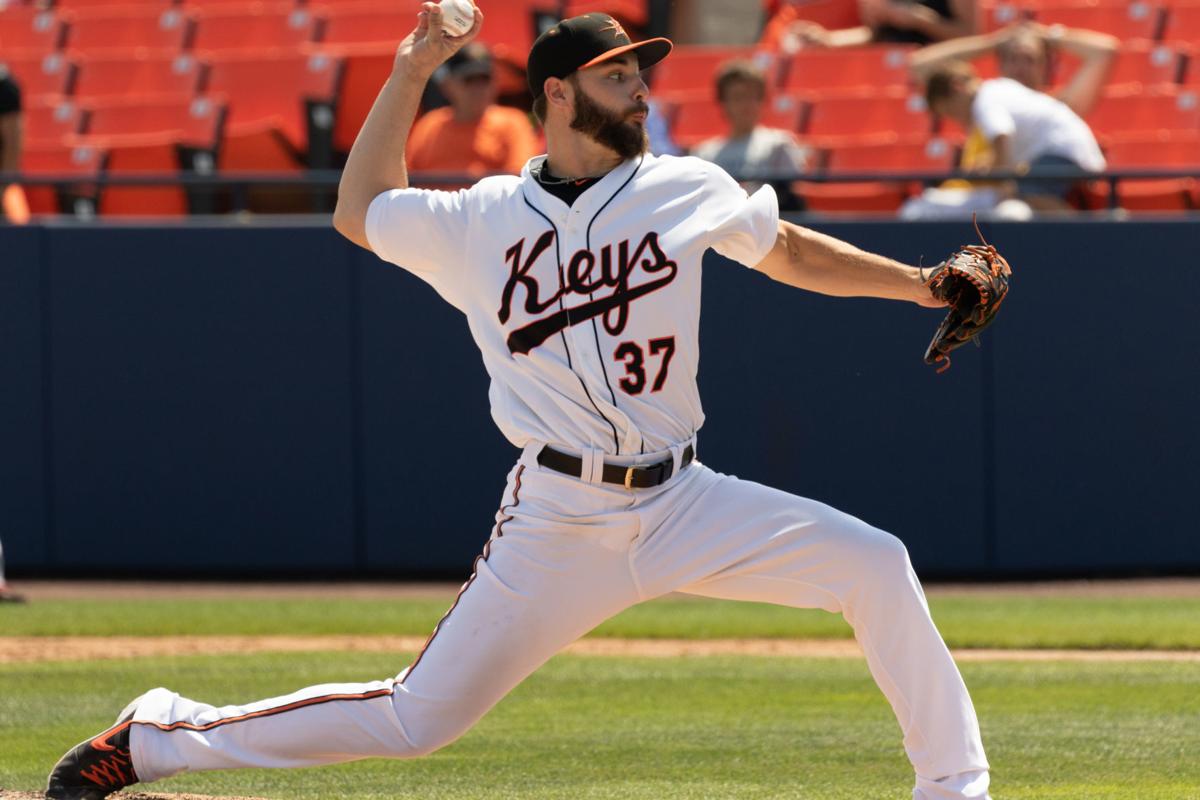 TA grad Brenan Hanifee will begin the season with Double-A Bowie in the Orioles’ farm system. He pitched for Single-A Frederick in 2019. Bowie begins the season Tuesday in Altoona, Penn. 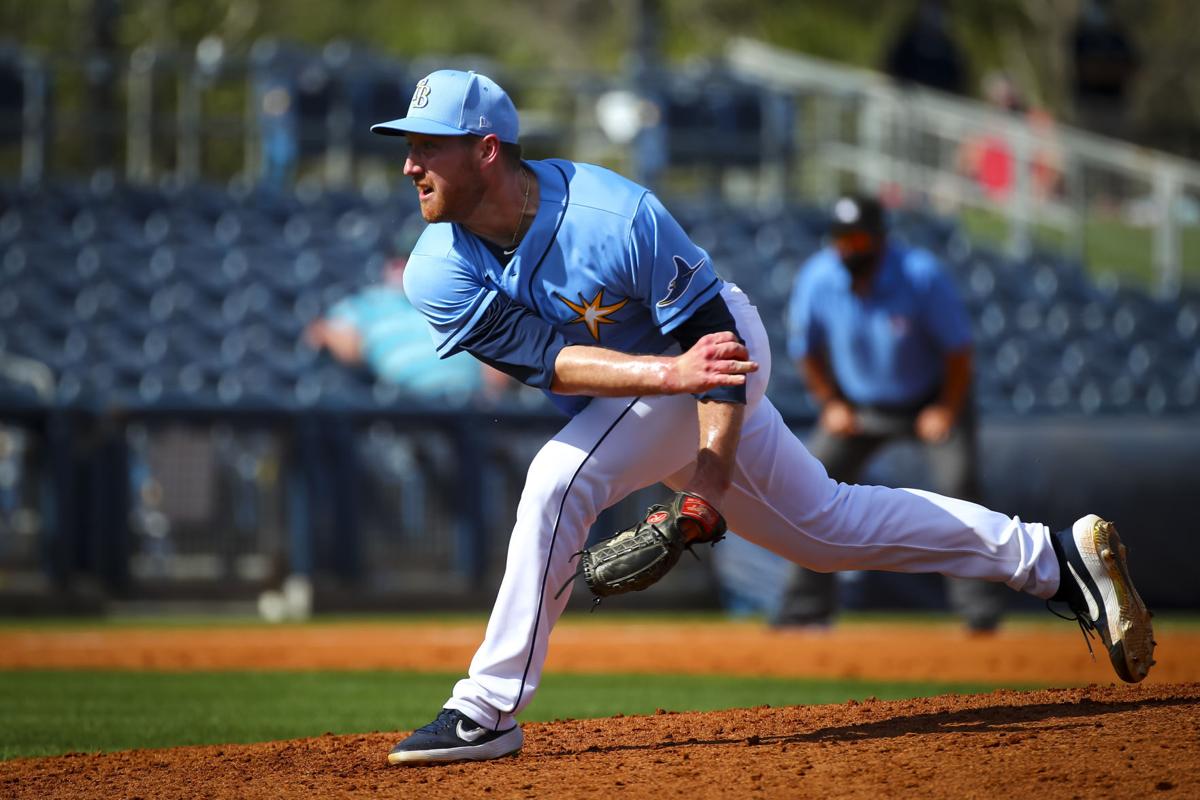 Harrisonburg native Tyler Zombro, who played at Staunton High and in the Valley League for Staunton, pitched in spring training for Tampa Bay. He will begin this year at Triple-A Durham, which begins the season Tuesday in Memphis.

Tyler Zombro, a city native and Staunton High grad, pitched for the Rays in spring training this year.

TA grad Brenan Hanifee will begin the season with Double-A Bowie in the Orioles’ farm system. He pitched for Single-A Frederick in 2019. Bowie begins the season Tuesday in Altoona, Penn.

Harrisonburg native Tyler Zombro, who played at Staunton High and in the Valley League for Staunton, pitched in spring training for Tampa Bay. He will begin this year at Triple-A Durham, which begins the season Tuesday in Memphis.

Harrisonburg native Tyler Zombro will start the season at Triple-A Durham in the Tampa Bay system, Turner Ashby graduate Brenan Hanifee will be at Double-A Bowie with Baltimore and several others with local ties will be with Single-A teams when the 2021 minor league baseball season begins Tuesday.

“When you look up at our organization, you see a lot of talent there at Triple-A,” Zombro, 26, said Sunday night after throwing one inning in an intrasquad game in Durham. “You feel lucky to be a part of that. It is such a good group.”

Zombro has not pitched in a real professional game since Aug. 21, 2019, when he was a reliever with Double-A Montgomery. Hanifee, a fourth-round pick of the Orioles in 2016, has not thrown in the minors since Aug. 29 of that year when he was a starting pitcher for high Single-A Frederick.

“I’m excited to see a game at night again,” Hanifee, 22, told the Daily News-Record on Monday. “To be under the lights again, and the atmosphere again, there is excitement and something normal. That is what I am most looking forward to.”

The right-hander from Rockingham County said he is slated to make his first start at the Double-A level on Saturday in Altoona, Penn., against a farm team of the Pittsburgh Pirates. The Baysox open Tuesday at Altoona.

“When I got the word about the roster, I was pretty excited,” Hanifee said. “I worked hard. That is where I planned on going; I was hoping I was going to Double-A. I am just happy to be here.”

“He came to spring training ready to roll,” Bowie pitching coach Justin Ramsey said Monday. “It was fun to watch; he was dialed in from day one. The stuff has all improved — there is better life to his pitches.”

Hanifee has relatives in Cecil County, Maryland and he has had extended family come to see him when he pitched in earlier Maryland stops in Aberdeen, Salisbury and Frederick. His catcher with Bowie will be Adley Rutschman, one of the top prospects in the minors.

“He has a power sinker,” Bowie manager Buck Britton told the Daily News-Record of Hanifee. “I had him at Single-A Delmarva in 2018. I am excited to see what he does at this level.”

Britton played in the minors for the Orioles and is the brother of Zack Britton, a reliever with the Yankees. “He is a young, high energy man that loves to have fun,” Hanifee said of Buck Britton. “He is a player’s manager for sure. He is pretty much a perfect fit for this job.”

Since there was no minor league season in 2020 due to the pandemic, this year takes on added importance for the development and Major League dreams of players with ties to the central Shenandoah Valley and beyond.

“Honestly, you just become grateful about getting back out there,” said Zombro, whose parents were athletes at Bridgewater College. “It provides that sense of normalcy we are all seeking. It’s a good feeling to get back on the right track.”

Zombro, who grew up in Augusta County and pitched at Staunton High and George Mason University, was recently vaccinated for the COVID-19 virus. He said Durham players will be tested every other day and be limited to mostly spending time at the ballpark or hotel.

“He is a pretty thorough communicator,” Zombro said.

Zombro feels fortunate to begin a season at the Triple-A level for the first time. Shortstop Wander Franco, one of the top prospects in the minors, is with Durham.

“People online have talked about the talent level of the Durham Bulls and compared it to bottom tier teams in the Major Leagues. There is a lot of talent there,” Zombro said.

He will stay flexible in the bullpen. Durham begins the season Tuesday at Memphis.

“With how the Rays use relievers, you always have to be on your toes,” said Zombro, who pitched with the Staunton Braves in the Valley Baseball League. “You have to be available to do anything at anytime.”

Zombro pitched in spring training games for the Rays then spent April working out in Port Charlotte, Florida, with other prospects in the Tampa Bay system.

“Thankfully, I was able to maintain a regular schedule,” he said as he played in exhibition games against the Orioles, Red Sox and Twins. “There were five or six games a week.”

Roanoke native Nick Robertson, who ended his James Madison career in 2019, will be with Double-A Tulsa in the Dodgers’ system as a right-hander pitcher.

Three of his former JMU pitching teammates will be at Single-A: Shelton Perkins with Delmarva in the Baltimore farm system and Dan Goggin with Port St. Lucie in the Mets’ organization.

One of Perkins’ teammates will be J.D. Mundy, a former first baseman for Virginia Tech and Radford. Another former JMU pitcher, Kevin Kelly, will start with Single-A Lake County in the Cleveland system. He is from Springfield and played prep ball at Paul VI in Fairfax.

Zachary Brzykcy, signed by the Nationals last year, is a right-handed pitcher from Virginia Tech who will begin the season at high Single-A Wilmington in Delaware. “I am just so happy for these young men” that missed not playing in 2020, said Mark Scialabba, Assistant General Manager, Player Development, with the Nationals.

In the dugout, former Valley League and Rockingham Baseball League MVP Lorenzo Bundy — who also starred at JMU — will be the manager at Double-A Binghamton in the Mets’ system. He was supposed to be the Binghamton manager in 2020 before the season was called off.

Bundy reached the Triple-A level as a player and is the former coach for several Major League teams. “Obviously, it’s a special time,” Bundy said Monday in a Zoom call with several members of the media. “It only took me 16 or 17 months to get here. In my career, I had never been to Binghamton.”