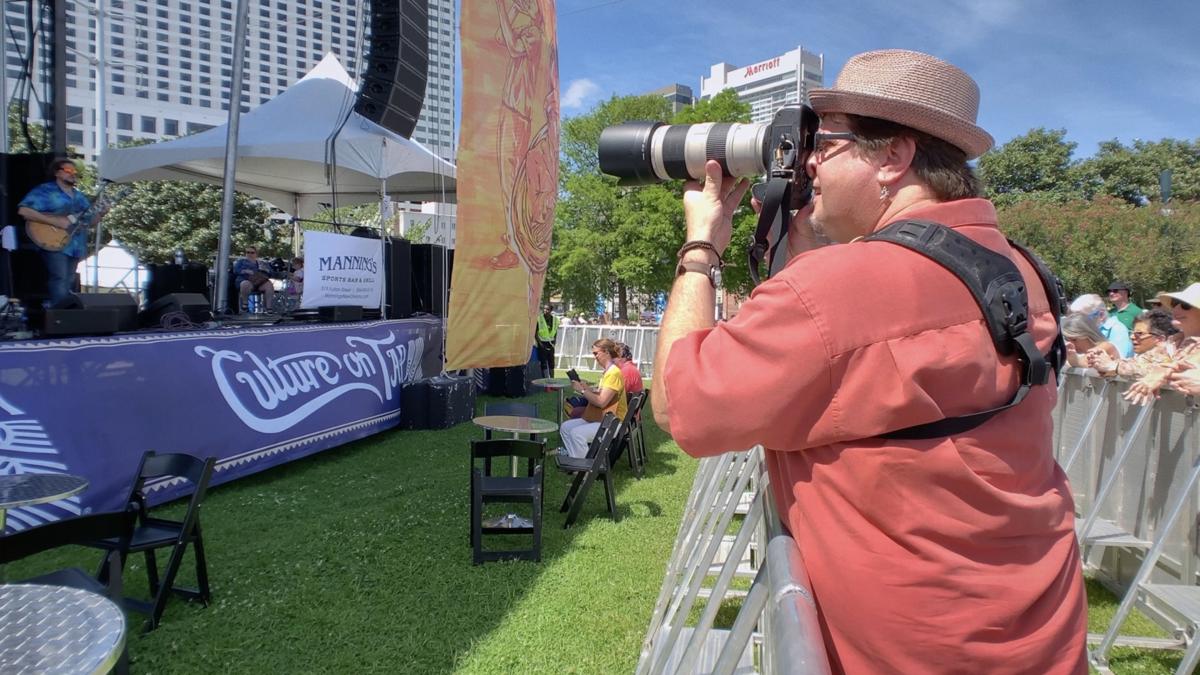 Bob Adamek, producer, takes photographs of performers at numerous music festivals around the country each year. 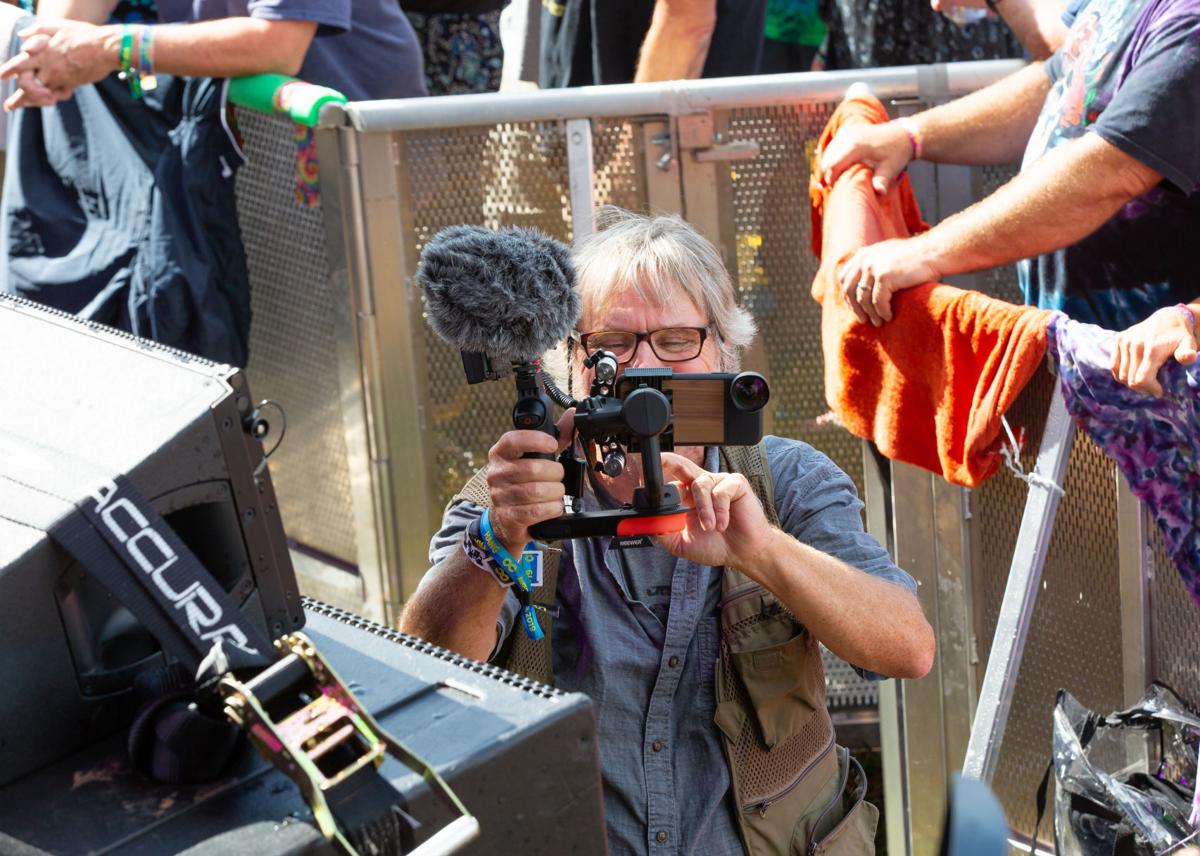 Executive producer John Woody uses an iPhone and stabilizer to film at a music festival.

Bob Adamek, producer, takes photographs of performers at numerous music festivals around the country each year.

Executive producer John Woody uses an iPhone and stabilizer to film at a music festival.

Bob Adamek, a music photographer featured in a new documentary, said he treads on symbolic ground between artists and their fans, while promoting unique experiences for the venues.

John Woody, of Cross Keys, is the executive producer, director, iPhoneographer and editor. Woody is a professor emeritus in the School of Media Arts and Design at James Madison University and owner-operator of production business iEDITHD.

Woody said he was inspired to make a documentary about the work of music festival photographers when he saw how organized and professional the photographers looked in “the pit” at a music festival — the space between the stage where the performers are and the railing in front of the fans.

Filmed mostly in 2019, it includes over 45 interviews from photographers who’ve shot music and celebrities along with footage of 11 music festivals plus five additional venues from around the country.

Woody said a row of photographers could be standing elbow-to-elbow in the pit, but the images they get can be completely different. To find out how they did this, Woody teamed up with Adamek, of Port Republic.

Adamek is division photographer at Harrisonburg City Public Schools and also served as house photographer for the Forbes Center for the Performing Arts at JMU until 2018. Adamek, a staff photographer at Virginia music festivals, also shoots for music magazines, like DC Music Review, connected with his network to start interviewing other photographers.

It also covers five venues from the Regency Ballroom in San Francisco and Mr. Musichead art gallery in Los Angeles, to the Hamilton, a restaurant and live music spot in Washington, the National in Richmond and Harrisonburg’s own Clementine, a restaurant and music venue.

The hour-long doc is filmed entirely by Woody on an iPhone 11 in 4K resolution. Woody, an Apple distinguished educator, said he loves Apple technology and wondered if it would be possible to shoot an entire documentary on an iPhone. He said he was impressed by the quality of the final product.

For the filmmakers, a priority was supporting this community of photographers. Woody said the documentary digs deep into individual stories.

Woody said he observed that the photographers used an etiquette in carving out their own space and capturing a unique perspective of the show.

Raw footage of interviews with the music photographers totaled over 21 hours. Along with insights from Adamek himself, interviewees include well-known photographers Jeff Kravitz, who’s covered the Oscars and Super Bowl events and Jay Blakesberg, of San Francisco, who’s shot album art for the Grateful Dead. The film also shares an interview with the late Kichea Burt, a music photographer of New Orleans.

Not just a film created by two people, the heart of the documentary is the community and web of stories and famous photographs the music photographers decided to share, said Woody. It includes golden images of pop, punk and jam band superstars like Bob Dylan, Jerry Garcia, Iggy Pop and Bruce Springsteen, taken by the photographers whose stories are being told in the documentary.

Through the interviews in the documentary and the emotional imagery the community of photographers put together in the film, the filmmakers present photography as a nuanced art form that requires personality, creativity and tact.

Through the interviews, the photographers share manifold points of view on the best way to shoot. Some wait for the perfect shot without overshooting, others spoke about the importance of building relationships and trust with the artists and even the challenge of covering every show at a festival that has numerous stages.

“It just got enormous,” Woody said. “The collaboration in the editing was amazing.”

The documentary also shares the sometimes glamorous but other times downright grungy life that comes with the career — all in the photographer’s quest to capture a moment that can tell the whole story of a concert.