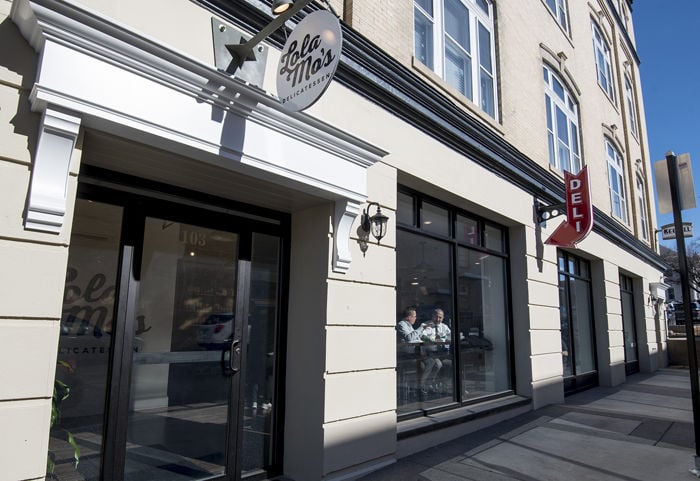 Lola Mo’s, a combination of the three owners names, was opened at 122 S. Main St. in the old Keezell Building in January. 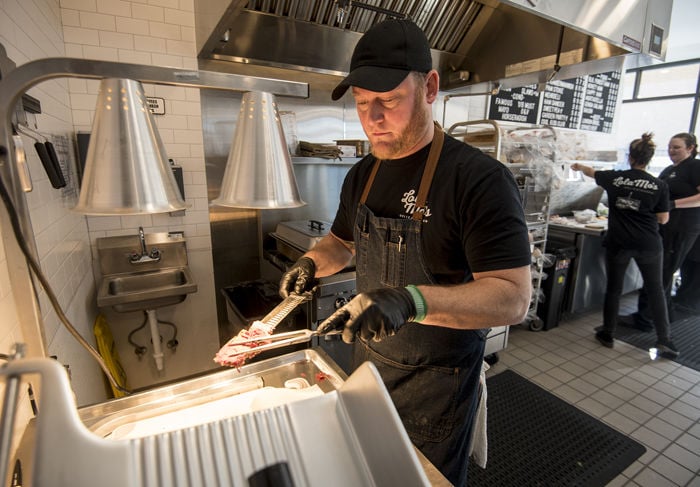 Logan Strawderman is one of the three co-owners of Lola Mo's. 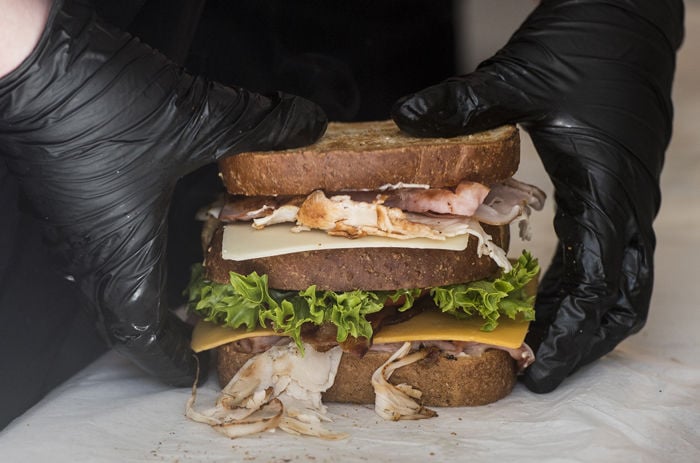 A made-to-order sandwich is assembled at Lola Mo's.

But if you were wandering around downtown and got a hankering for a sandwich — an authentic delicatessen sandwich — until about four months ago, you were out of luck. That is until Harrisonburg residents Logan Strawderman, Lauren Penrod and Mollie Randa joined their business savvy, their culinary talents and their names, to create Lola Mo’s, a deli-style sandwich shop in the middle of Downtown Harrisonburg.

And while they’ve only been open for about four months, Valley residents have taken notice as Lola Mo’s was just voted Best New Restaurant, as well as Best Sandwich, in the Daily News-Record’s 2018 Best of the Valley survey, voted by Valley readers.

“The three of us had an idea to fill a niche and we just set out to fill it,” Strawderman said. “Mollie and Lauren kind of had an idea started prior to meeting me. I had an idea as well, things happened, fates aligned and we all just came together.”

Prior to opening Lola Mo’s, Strawderman ran a food truck, while Penrod currently owns and operates Midtowne Market downtown. Randa had no business experience, but had some culinary background, doing a few baking jobs here and there.

“I worked in the music industry and just did some small catering things,” Randa added.

So, the trio got together and realized that Harrisonburg was missing a quick service deli; a place where customers could come in, get a sandwich, eat it and leave.

“You can come get a sandwich quick, there’s opportunity to sit down. It’s not encouraged to hang out for a while with simple classic sandwiches,” Strawderman explained.

Their menu includes signature sandwiches, such as the Ham Dancer, which is capicola ham with pineapple, provolone, lettuce, onion and mayo. The Cool Kids Club has ham, turkey, bacon, Swiss, cheddar, lettuce, tomato and mayo on wheat bread.

If you don’t want a signature sandwich, customers can order their own from a selection of turkey, pork, beef and chicken, along with cheeses, breads, condiments and toppings.

“Some places can get carried away with ingredients, this, that and the other,” Strawderman said. “They do it well, but sometimes you just want lettuce, tomato and mayonnaise with ham and to do it well with good ingredients, good bread and good everything all around.”

They also have a selection of soups including matzo ball, French onion and white bean, as well as sides like slaws, macaroni salad and fruit salad.

For dessert, they offer fresh baked goods prepared by Randa like cheesecake and a black and white cookie, a la “Seinfeld.”

But at the end of the day, what it really came down to were the sandwiches and the quality of ingredients Lola Mo’s uses, which was something they looked forward to after a year of working to get their building on Main Street open.

“When we finally got to make food, that was it,” Strawderman said.

“We did do a lot of research,” Randa explained. “We went to other delis and restaurants. There were certain things we liked about some of them and we took tips and tricks we liked and kind of fashioned what we saw as something we liked.”

Despite being fairly new, Randa said their customer base has been fantastic, with a good mix of repeat and new customers alike.

“The town has been really supportive,” Randa said. “We have a really great group of regulars; there’s some people that are in here almost every day. You have completely new people who are in here everyday [and say], ‘We were up at Massanutten and they said we should come in,’ and that’s amazing. Harrisonburg has been really great.”

While the shop has seen relative success, the trio hasn’t even started thinking about the future, choosing instead to make sure what they do now is of the highest quality.

“We want to do this well and we want to be here a long time,” Strawderman said.

And as Strawderman and Randa explained, it’s the great support of the town that allowed them to win two categories in this year’s Best of the Valley.

“[It’s] pretty outstanding,” Strawderman said. “Being so new, too, is humbling.”

Randa added, “We can’t be here and we can’t keep going without the customers. We appreciate them appreciating us.”

But perhaps it was Penrod who summed up the win best when she exclaimed, “Yay!”