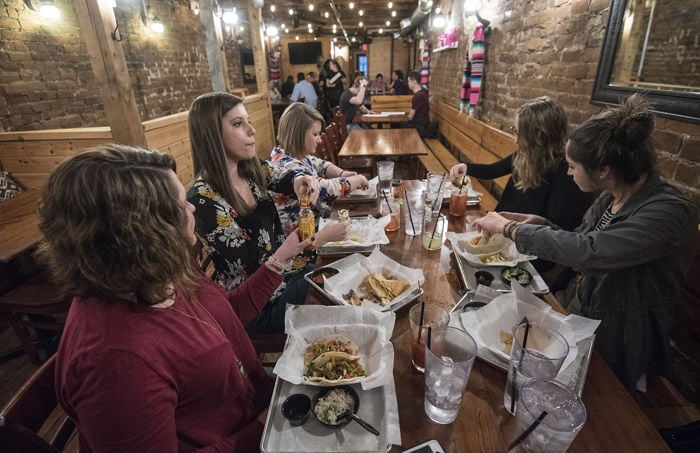 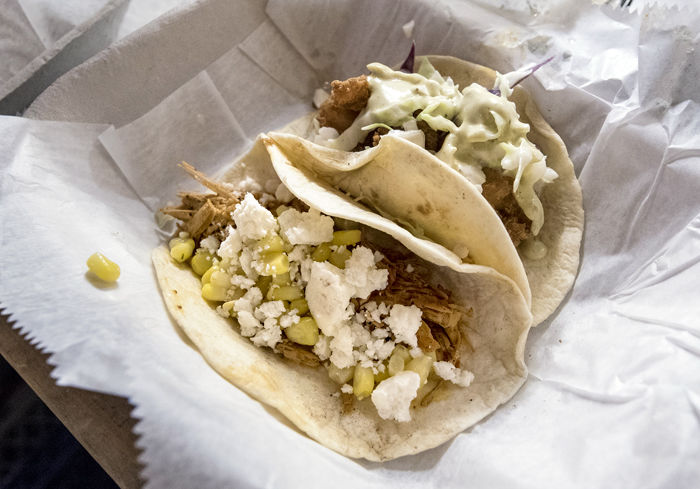 An order of tacos at Magnolia’s Tacos & Tequila Bar waits to be served to diners.

An order of tacos at Magnolia’s Tacos & Tequila Bar waits to be served to diners.

The hard work that goes into opening up a brand new restaurant seems to be paying off for Chris and Claudia Kay.

Readers chose Magnolia’s Tacos & Tequila Bar as this year’s Best New Restaurant in the Daily News-Record’s annual Best of the Valley survey, which can be seen as a vote of confidence from the community.

“It feels amazing and humbling at the same time,” Chris Kay said. “It’s been such a great response and welcoming from the community and everybody’s who has come out to see us. … We couldn’t be more blessed with this honor.”

Nestled in a small space on Water Street behind Jack Brown’s and Billy Jack’s, Magnolia’s was opened by the Kays on Feb. 7 with the goal of bringing fast casual Mexican fare and an impressive stock of tequila to downtown Harrisonburg’s culinary scene.

“It’s quick and easy and you’ve got a lot of flexibility to create whatever you desire,” Chris Kay said in a previous DN-R article. “Combined with tequila, there’s just a broad range of profiles and flavors. With tacos and tequila, there’s something for everybody. It’s something that’s a little different from your traditional Mexican restaurants, and a little more complex than your Chipotle and Qdoba. It’s kind of a mix of the two.”

Customers can choose from 13 different tacos filled with a range of proteins, from shrimp, fish, pork, pulled chicken and beef to eggs and roasted sweet potatoes. An order of two tacos comes with the choice of tortilla as well as cilantro lime rice or black beans and tequila pickled jalapeños.

Kay’s wife, Claudia, was born in Jalisco, Mexico, and grew up in the restaurant business. She lived in the Shenandoah Valley for some time before moving away for a decade. She and her husband moved back to Harrisonburg about five years ago. They decided to name their first restaurant after their daughter.

Jalisco also happens to be the birthplace of tequila. Most of the tequilas at Magnolia’s are from the Jalisco region. While Magnolia’s bar is supplied with beer, wine and other liquors, the tequila is the biggest selection.

Customers can opt for flights if they’re unsure of what to order, which includes a Silver, a Reposado and an Añejo.

Chris Kay said traffic at Magnolia’s has been busier than expected.

“We’ve stayed busy, and it’s been an awesome experience so far,” he said.

The staff at Magnolia’s takes pride in its use of fresh ingredients and the fact that the restaurant’s tacos and tequila concept is a novelty for the downtown food scene.

“It’s something that’s a little different from everything else that’s around right now,” Kay said. “We strive to use the freshest ingredients and making stuff fresh daily, whether that’s the tacos or the margaritas.”

Magnolia’s recently opened its rooftop patio for the warm weather, which Kay said customers have really taken to.

“It’s a unique space, and there’s no other views like that in the downtown area,” he said. “People love it.”

Moving forward, Magnolia’s hopes to host more events in the future, such as live music and wine tastings.

“We can’t thank the community enough for the response they’ve shown us and we look forward to continuing to serve them well in the future,” Kay said.