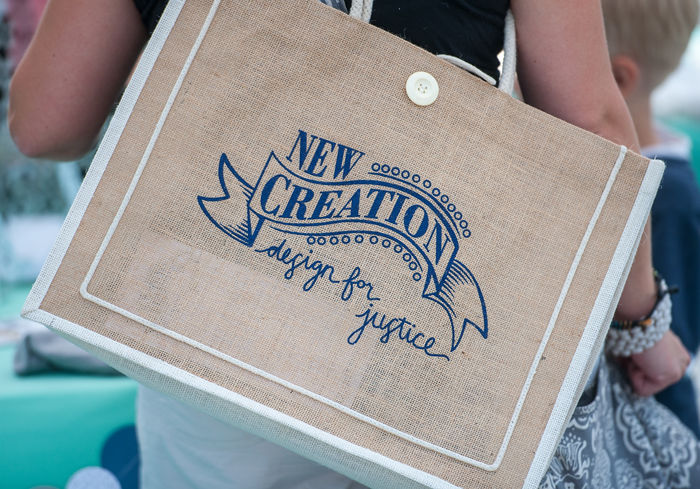 New Creation, Best of the Valley winner for Best Nonprofit/Charity, sells handmade products by survivors of sex trafficking, with proceeds going toward rescue and restoration of victims. 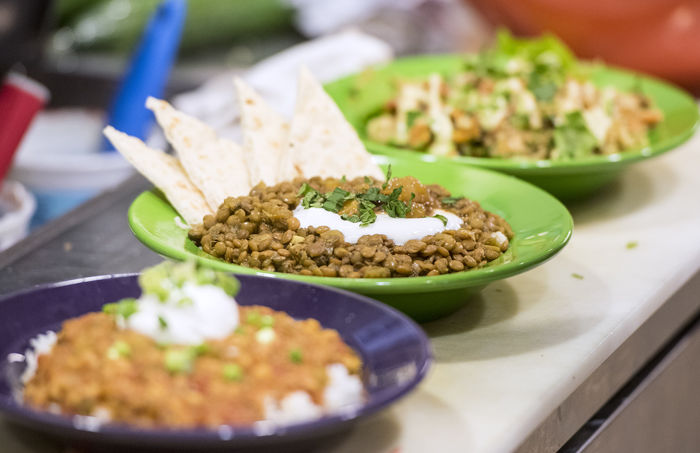 A selection of bowls are prepared for customers at A Bowl of Good in Harrisonburg. The restaurant won Best Healthy Options, a new category this year.

New Creation, Best of the Valley winner for Best Nonprofit/Charity, sells handmade products by survivors of sex trafficking, with proceeds going toward rescue and restoration of victims.

A selection of bowls are prepared for customers at A Bowl of Good in Harrisonburg. The restaurant won Best Healthy Options, a new category this year.

Each year, Valley residents vote on the best businesses, places and personalities in their respective categories.

But year after year, certain aspects of local culture slip through the cracks, so the Daily News-Record Features staff created some new categories for 2017.

While those in the new categories are no neophytes to the Harrisonburg business scene, it is the first time they’re being honored for these aspects of the city’s culture, and they’re thrilled for the opportunity.

In its first Best of the Valley win, New Creation was voted Best Nonprofit/Charity in the Valley.

Founded by Sabrina Dorman-Andrew and her husband, Steven, New Creation’s goal is to fight human trafficking through raising community awareness and educating both children and authority figures about the signs of trafficking.

Dorman-Andrew was excited and shocked to be recognized by Valley residents for their work.

“We know that without our community support, shopping or our donors and volunteers, we wouldn’t exist. We feel so connected already to our community, and then to have this on top is icing on the cake and a sweet reminder that people are with us,” she said. “When you’re working in the nonprofit realm, it can feel lonely, and it’s really nice to have people believe in what you’re doing and stand with you.”

Sometimes, as many as 21 volunteers work in the shop portion while the leadership team travels around the state, educating teachers, law enforcement and leaders about what trafficking looks like in the U.S.

Since the venture’s inception four years ago, they’ve educated more than 3,000 Virginia students and many more community leaders.

“Prevention education is really big, such as unveiling common lures traffickers use,” Dorman-Andrew said. “Then, on the other side of community awareness ... we’ve been able to train and equip adults in the community to recognize the red flags of trafficking and how we respond in a helpful not harmful way.”

New Creation also sells merchandise in its shop, either fair trade or made by trafficking survivors, with 100 percent of the profits funding the mission.

Because of the abundant support from the community, New Creation is looking to expand, opening a second location June 1.

They’ve joined the upcoming Agora Downtown Market and have space for a second shop, which is a good way to connect to a different demographic.

“We’re further out in the community, so many people don’t know who we are and what we do,” Dorman-Andrew said. “Downtown is full of life, and we’re so excited to be joining this space. It offers more space for people to get involved.”

To help out, Dorman-Andrew suggests stopping in to ask about volunteer opportunities or just shopping at the store.

“We are a 501(c)(3) and wouldn’t be here without our donors,” she said. “We always need people to stand with us and behind us in a financial way by donating.”

A Bowl Of Good

In the dining sector, the decision to skip greasy, fatty foods in favor of healthy alternatives was honored for the first time this year.

A Bowl of Good on Mount Clinton Pike in Harrisonburg won Best Healthy Options, and owner Katrina Didot is happy for the recognition.

“We’ve won in other categories before, but haven’t been recognized in a few years,” Didot said. “Sometimes we get lost behind the downtown crowd a little bit, but we’re very pleased to be chosen, and I think it’s an accurate choice.”

Didot opened A Bowl of Good in 2005 with the goal of making food with healthy, unprocessed ingredients.

“We aspire to be passionate purveyors of good, locally sourced food, and have been since 2005, before the whole big local food movements,” Didot said. “I think we were forerunners in local, healthy, internationally-inspired food — all things that are very popular now.”

Lunch is their busiest time of the day, with crowd favorites like the Bowl de la Milpa — a Spanish inspired bowl — and the It’s All Greek To Me salad — featuring garbanzo salad with hummus, pita and dolmas.

“It may be in the middle of the work day ... and you don’t want to eat a heavy hamburger that you will feel for the rest of the day,” Didot said. “I love a good hamburger, but you can’t do that every day.”

Although lunch is popular at the restaurant, their Saturday morning breakfast is often overlooked.

The “All-you-should-eat” buffet offers a variety of dishes from three cooks that change weekly depending on what they get locally.

But Didot wants to make sure potential customers know that healthy does not have to mean tasteless or bland.

“We’re healthy, but the food is delicious,” she said. “Healthy options should never be interpreted as not exciting and not yummy.”

For more information or to look at the menu, visit abowlofgood.com.

Team Trivia night, held every Tuesday at 9 p.m., challenges teams of six or less to stretch their brains and compete for prizes.

Whether college is in session or not, trivia draws crowds of up to 150 people, and manager Luke Watson said it’s because of the two energetic hosts — who used to be trivia regulars themselves — and the atmosphere.

“Once Jody Dodson took over two years ago, he started linking up with breweries and distillers to sponsor trivia night,” said Watson, who bartends in the downstairs lounge during trivia. “They provide a bunch of swag and a couple kegs, and that beer or liquor would be sold at a discounted rate.”

To accompany the booze, the kitchen creates a special “inspired” trivia menu every week, and each item only costs between $4 and $6.

“There’s usually one thing off the regular menu,” Watson said. “But it could be anything from scallops to tacos to small noodle dishes.”

But other prizes such as shirts, koozies, bottle openers, hats and even bicycles have been offered depending on who is sponsoring trivia that night.

Dodson keeps track of regular winners, and every couple of months, Clementine will hold a tournament of champions where the best teams compete.

“It’s always on a Tuesday, so it’s not a big party, so you don’t have to deal with a loud bar scene,” he said. “It’s a nice night to go out and have a few drinks and see what you know.”

Trivia starts promptly at 9 p.m. and fills up fast, so Watson suggests getting there early and enjoying cocktails or appetizers before it begins. For more information, call 540-801-8881 or visit clementinecafe.com.