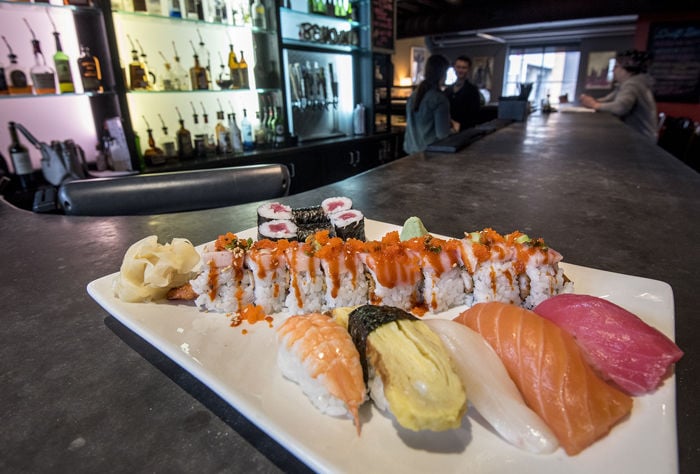 Beyond in downtown Harrisonburg is the inaugural winner for Best Sushi. The restaurant was opened in 2009 by family members of Taste of Thai. 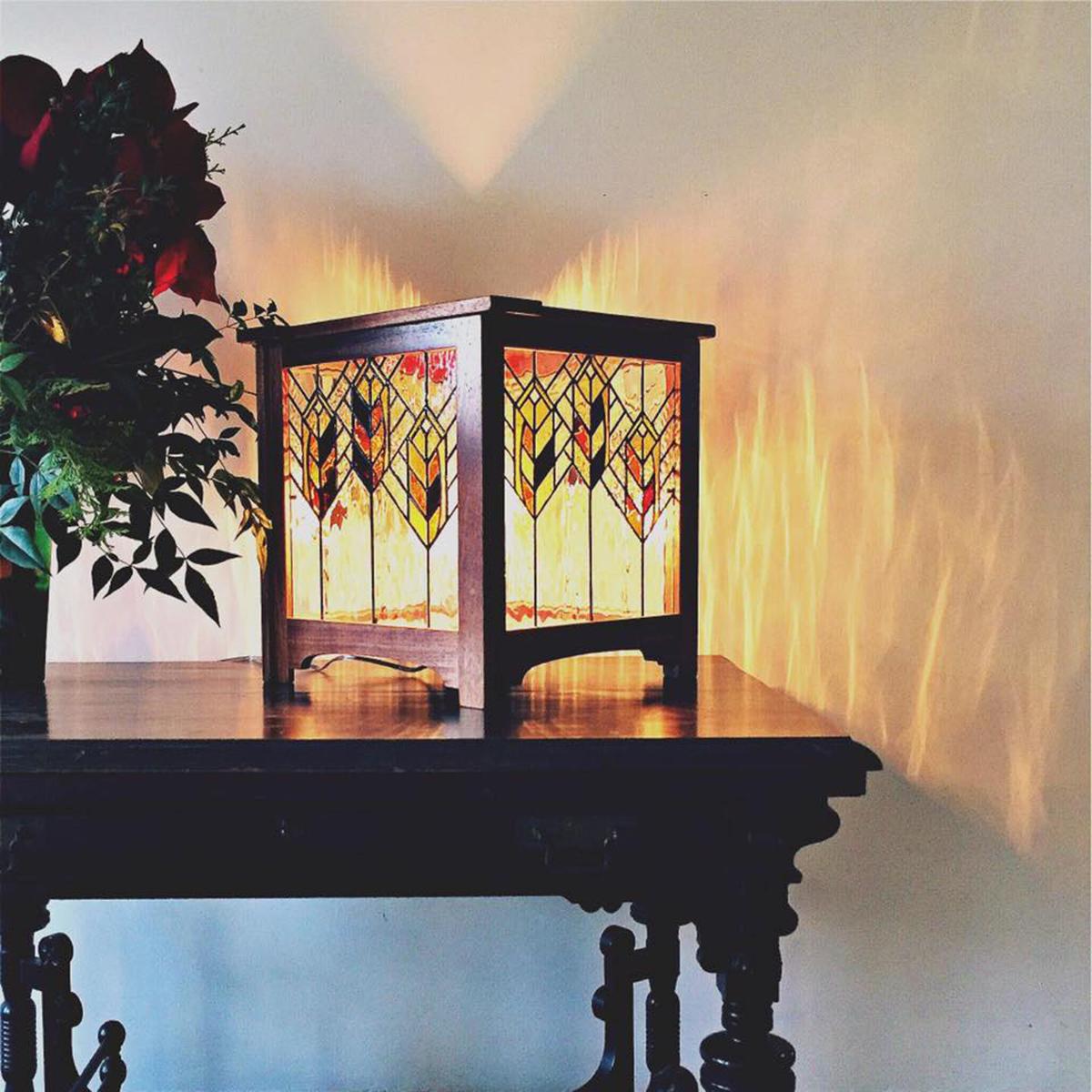 Zac Nafziger creates stained glass pieces, many of which have practical uses.

Deciding the categories for Best of the Valley voting is no easy feat. The Daily News-Record staff works hard year after year to make sure that all businesses in the area get a fair shot at taking home an award.

So, to do that, categories have to be shaken up from year to year, with certain categories merging to become one and new categories added to give Valley voters a larger variety of choices.

Cousins Praserth Saesow and Cy Khochareun are no strangers to Best of the Valley survey. They are both family members of Ponsy and Tom Phonelath, owners of Taste of Thai, a traditional powerhouse in the food categories. Sawsow and Khochareun opened Beyond in 2009, a restaurant focused on sushi and Vietnamese dishes. They quickly scooped up Best New Restaurant that year and are now back in the winner’s circle as they were chosen for Best Sushi in the area.

“We’re really thankful and happy,” Saesow said. “I love my customers; they have been great.”

But before they could dive right into the sushi business, they had to do some learning first.

“We have some relatives up in Maryland who have three or four sushi restaurants, so I went and trained with them for a while,” Saesow said. “Then, they came down here, trained us and walked us through everything, and that’s how we started Beyond.”

Their menu features more than 30 different types of sushi, including rolls that use fresh shrimp, crab and different kinds of fish, which is one of the reasons Saesow believes Beyond is so popular with Valley voters.

“We get our fish in fresh regularly,” he said. “We always monitor the freshness and quality of the fish. We do offer a lot of non-traditional sushi rolls that we came up with. It’s just different than what other sushi places have to offer.”

Where else can you go to watch a movie, take in a live concert or catch a play, all at the same location? Add in a snack bar and a rich history and you’ve got Court Square Theater, this year’s winner of Best Stage Theater.

“We’re honored and excited and we hope to continue to bring a level of entertainment where people deem us worthy of getting that award every year,” said Mark Finks, the manager at Court Square Theater.

“We were originally opened under the name Rockingham Theater,” Finks said. “Ownership of the theater was taken over by the Arts Council of the Valley in 2001 and that precipitated the name change to Court Square Theater in 2001.”

“That’s part of our mission as a nonprofit community theater; our goal is provide entertainment for everyone in the Valley,” Finks said.

Finks said the theater’s nostalgia and history is what makes people continue to see shows there and support them in opportunities like Best of the Valley.

“There’s something about the process of stained glass that really clicked.”

Those words, said by city artist Zac Nafziger, go a long way in explaining his affinity for stained glass. And it’s that talent in the medium of stained glass that drew Best of the Valley voters to vote Nafziger as the first recipient of the Best Fine Artist category.

“Things like that always validate the process,” he said. “There’s so much time and energy that goes into being a full-time artist, and the compensation doesn’t always come with it, and so to have things like this to help further my career, it’s nice to have the recognition and response from the area.”

Nafziger has been interested in stained glass work for more than 25 years, but it took some time before he decided to start doing it as a career.

“I started this in 1992 with Barb Gautcher at [Eastern Mennonite High School],” he said. “The final product of having a physical art piece, plus the light playing through it, really appealed to me. I kind of stuck with it as a hobby through college and 14 years at Rosetta Stone. Then, I got laid off one day and people were like, ‘Hey, you should do this full time.’ And so I did, for the past five years now.”

While many artists may struggle with finding inspiration for their pieces, Nafziger has the opposite attitude when it comes to his work.

“Anything can be inspiring,” he said. “The process of stained glass really breaks everything down to shape and line. It can be the rhythm of a song, an experience or a general feeling. Once it’s broken down into line and shape, it has a much different feel to it. It’s kind of stylizing reality.”

Artist lovers in the area are in luck because Nafziger said that most of his work is commissioned based.

“I meet with a client, figure out what their idea is, and then, from that point, I make it into my style,” he said. “Each shape on a design is hand cut from a piece of glass, and then each piece is wrapped in copper foil and then it’s all put back together.”