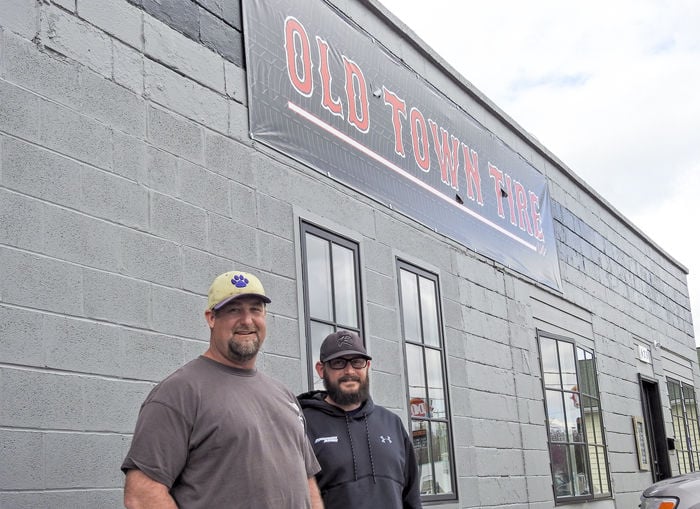 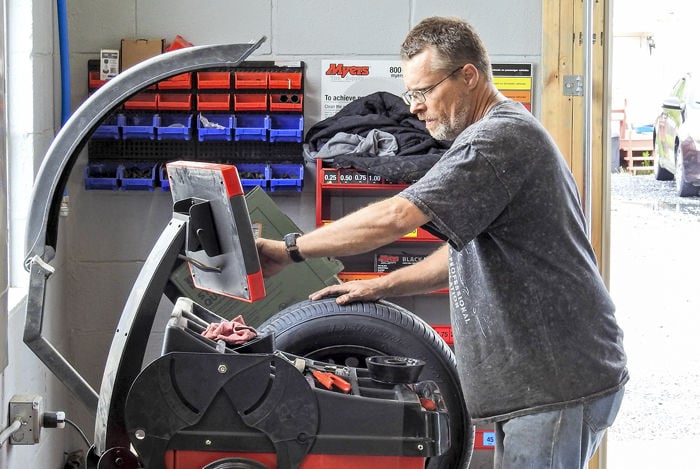 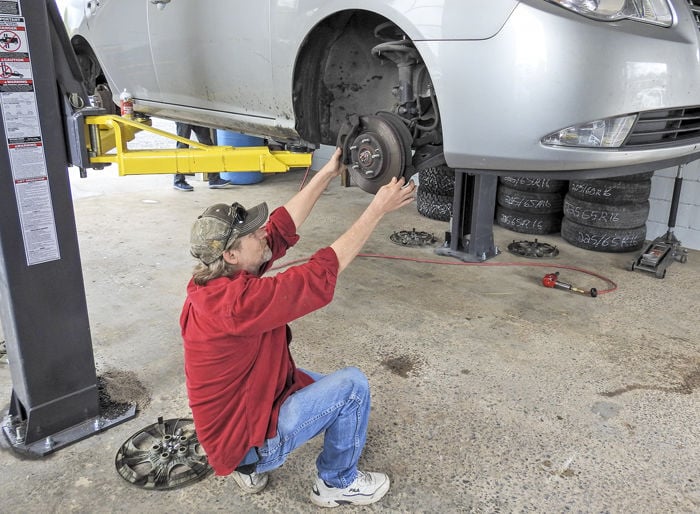 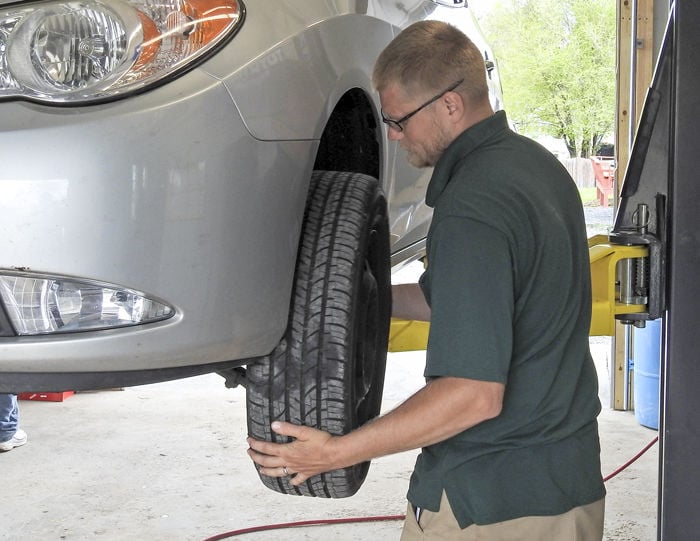 Monday is usually the most dreaded day of the week.

For Bridgewater natives Daniel Batman and Chad Pettit, however, Monday, April 23, was the culmination of a year’s worth of work and a lifelong dream. That’s when the friends swung open the doors and welcomed customers into their new Bridgewater business, Old Town Tire, located at 423 N. Main St.

“For the last 16.5 years, I’ve been on the wholesale side of the tire business; I worked for a local tire distributor,” Batman said. “We started talking about it about a year ago, just trying to do something different. This came together.”

After deciding to move forward with their idea, the pair needed a location. They found an old building in the middle of downtown that had previously housed a different tire shop, a gas station and other businesses. But when Batman and Pettit got it, the building needed some work.

“It’s been sitting vacant for two or three years,” Batman said. “It was kind of falling apart; Blauch Brothers Construction actually put it back together. Everything was out of it; it was just a shell and walls and those guys brought it back to life.”

Pettit added, “It was block, that’s all it was. We had to cut a door for a bay door. There wasn’t anything in here.”

While there are other automotive businesses in Bridgewater, Batman said him and Pettit realized that the town had room for a place that just sold tires.

“We saw a need for it,” Batman explained. “There’s automotive shops in Bridgewater, but not anybody that’s tire centric. We have a great relationship with Hussey’s Automotive. They do stuff that we can’t do and we do stuff that he’s not going to do. We don’t do alignments here, but we’ll take one over there and he’ll do it.”

The shop is open Monday through Friday from 7:30 a.m. to 5 p.m. and Saturday from 8 a.m. to noon. They offer services on automotive tires, along with other various types of tires.

“[We work on] passenger [vehicles], light trucks, lawn and garden stuff,” Batman said. “We’re not going to anything big, but we can handle most everything. We’re not just tires; we can do brakes and service work. We’re trying to become a one-stop shop.”

Since Batman and Pettit were both born and raised in Bridgewater, they said that being able to open a business in their hometown and give back to the community is something they’ve wanted to do for a long time.

“This is a dream come true ... for me,” Pettit said. “I love Bridgewater and I want to stay here. To be able to do something with this building that’s been sitting here being an eyesore for so long, it’s just great — something to be able to hand down to our kids one day.”

“It’s the reason we open the doors,” Batman added.