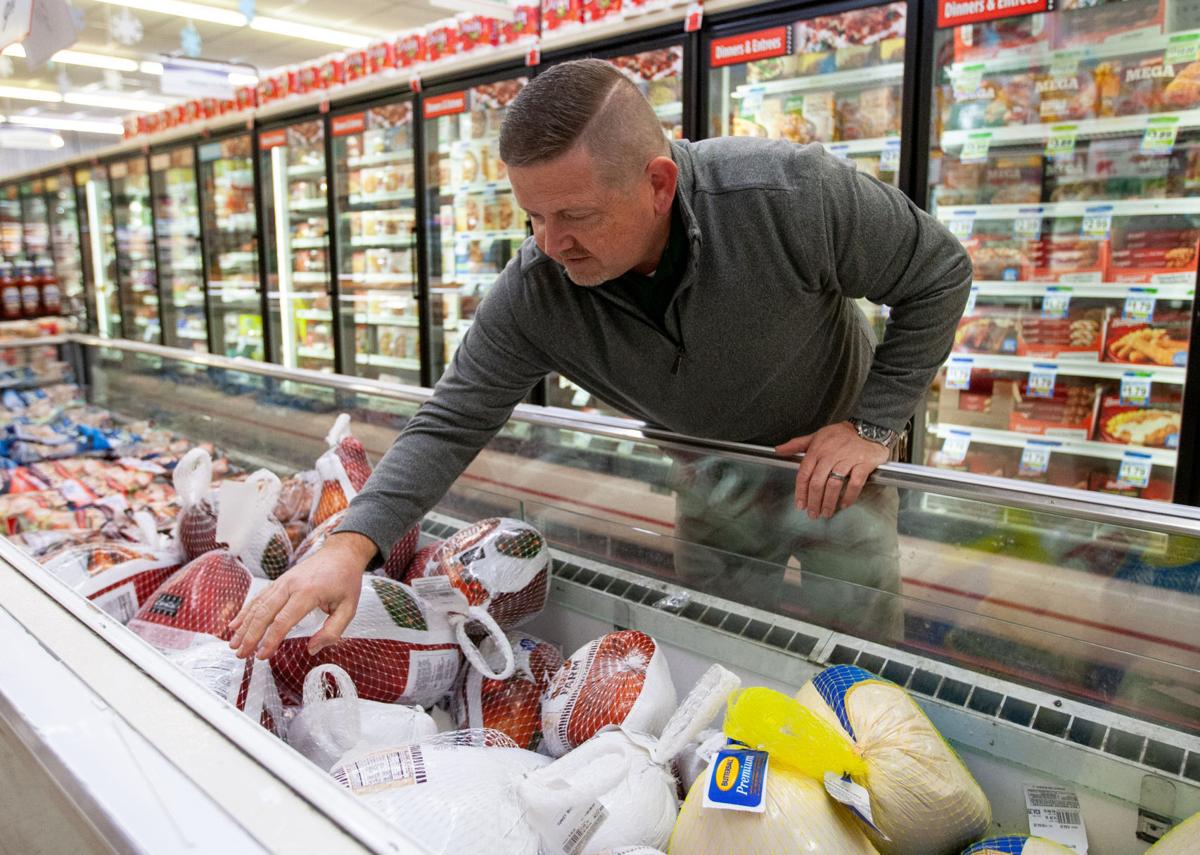 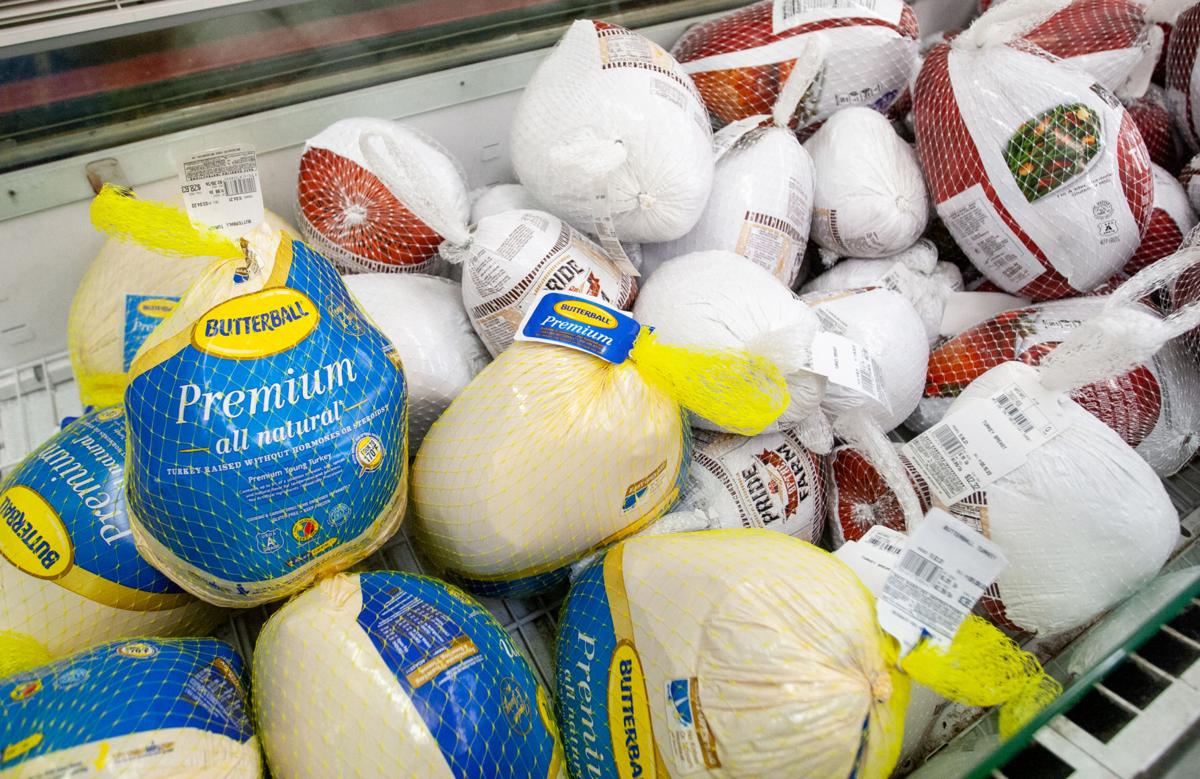 Frozen turkeys sit in a cooler at Bridgewater Foods in preparation for the upcoming Thanksgiving holiday. 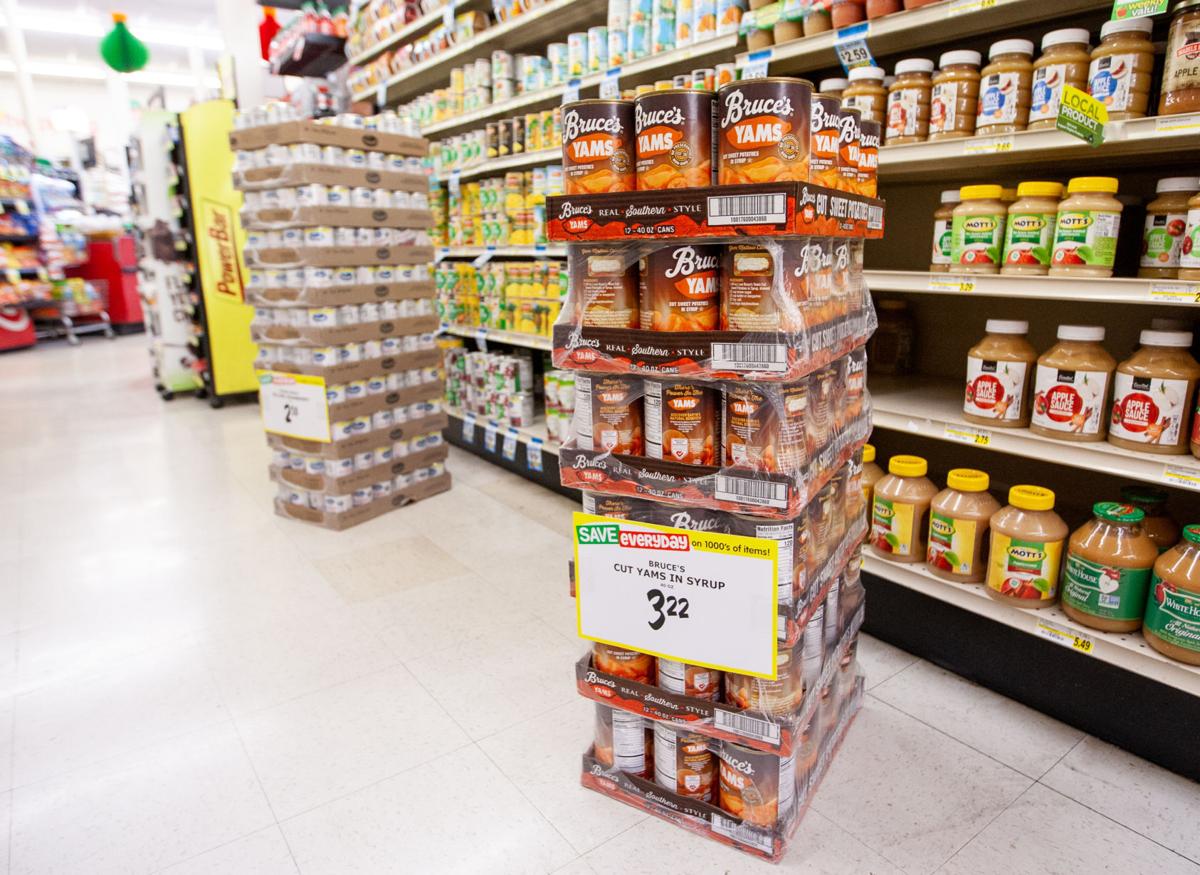 Stacks of Thanksgiving items such as canned yams and cranberry sauce line the aisles at Bridgewater Foods Tuesday in preparation for the upcoming holiday. 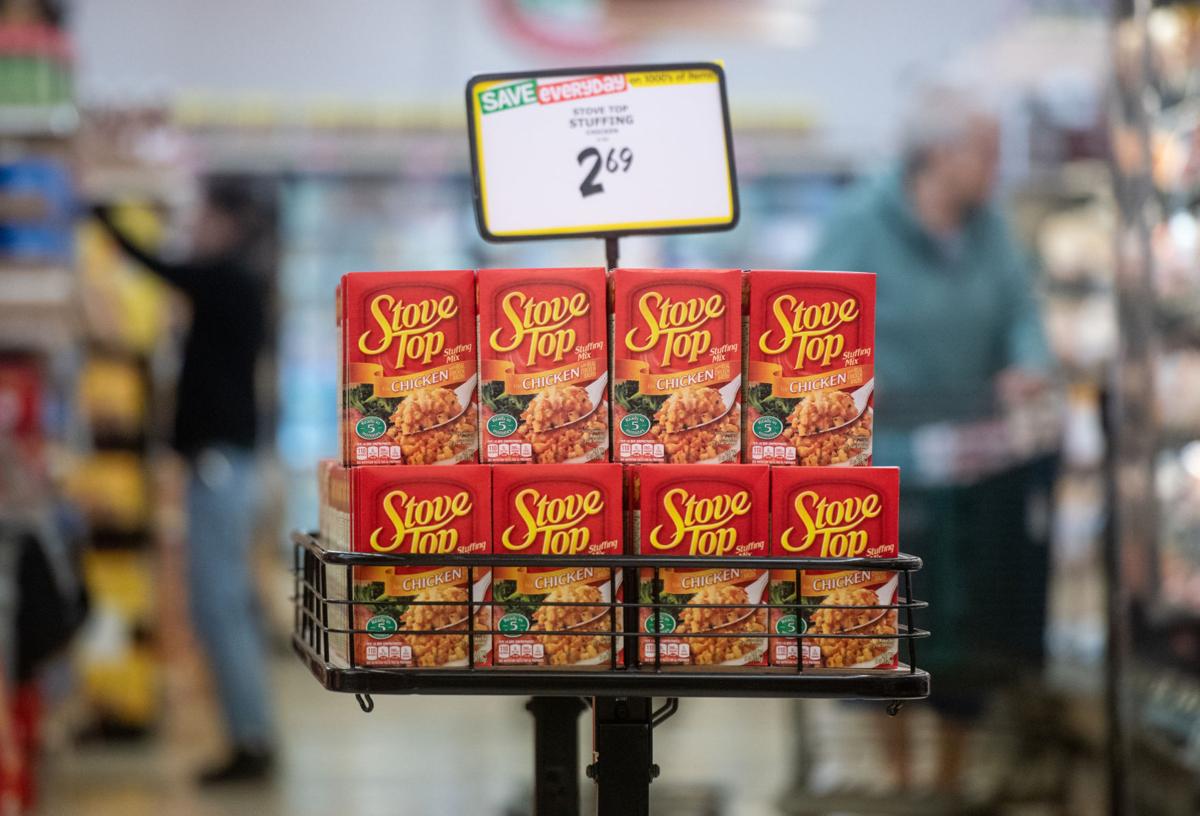 A display of boxed stuffing sits in an aisle at Bridgewater Foods in preparation for the upcoming Thanksgiving holiday.

Frozen turkeys sit in a cooler at Bridgewater Foods in preparation for the upcoming Thanksgiving holiday.

Stacks of Thanksgiving items such as canned yams and cranberry sauce line the aisles at Bridgewater Foods Tuesday in preparation for the upcoming holiday.

A display of boxed stuffing sits in an aisle at Bridgewater Foods in preparation for the upcoming Thanksgiving holiday.

With an entire year off from large family gatherings for Thanksgiving, many may be rendered clueless on how to prepare the bird known for its gobble-y goodness.

For those who may have forgotten how to set their ovens or defrost their fowl, local grocery store management and cooking experts said the basics are simple, starting with a fresh or frozen bird that's the right size for the crowd, leaving plenty of defrosting time and preparing the turkey in a flavorful way.

Most supermarkets carry frozen full birds along with easier-to-prepare turkey breasts, an all-white meat choice for smaller crowds. Opt for a turkey breast to feed a smaller group and for faster cooking, said Lee Armbuster, owner of Bridgewater Foods.

“What we offer this year is a frozen Pride of the Farm turkey breast," he said. "We offer Essential Everyday frozen birds and Butterball frozen birds. They’re all larger because smaller birds are like diamonds. If you find a small turkey, you better buy it. That’s why I brought in the frozen turkey breasts, in case people wanted something smaller.”

Armbuster said the turkeys the store carries are larger, perfect for feeding big groups and for having lots of leftovers. Armbuster also said the store bought plenty of Thanksgiving extras, including canned pumpkin, evaporated milk and cranberry sauce.

“We have gone out of our way to purchase more than enough of what we believe we will need to make sure everybody’s holiday meals are perfect. We really went all out,” Armbuster said. “Our competitors … are already out of a lot of these items.”

Blomstrom said to pick a turkey that’ll feed everyone at the Thanksgiving table, go for a bird that weighs between a half pound and three-fourths of a pound per dinner guest. If cooking for six, aim for a 3- to 4.5-pound bird.

When buying a frozen bird, preparation begins many days before Thanksgiving. Depending on the weight of the bird, it can take upwards of a week to fully thaw in the refrigerator. Blomstrom said the guideline that the co-op uses is 24 hours in the refrigerator for every pound the turkey weighs. A 4-pound bird should sit in the fridge for at least four days.

In a pinch, it’s possible to defrost the turkey by submerging it fully packaged in cold water, according to the Butterball website. But it warns this method is more hands on, requiring the water to be changed every 30 minutes. Expect 30 minutes of defrosting time per pound using the cold-water method, according to Butterball.

“My grandmother would actually put her frozen turkey in a lukewarm bathtub,” Blomstrom said. “People sometimes thaw meat in a bowl of water, but she didn’t have a bowl that’d fit the turkey.”

To roast a turkey at home, Tassie Pippert, host of “Un Wine’d,” a Virginia Public Media cooking show based in Harrisonburg, shared the instructions she imparts on her students each year.

For basic roasting, the thawed bird should be cooked in a 350-degree oven until a thermometer inserted into the thickest part of the thigh reads 160 degrees, said Pippert, a lecturer in James Madison University’s Hart School of Hospitality, Sport and Recreation Management. Pippert said this will take approximately 13 minutes per pound if the turkey is unstuffed and 15 minutes per pound if stuffed.

Pippert said she tents her turkey in aluminum foil when roasting and removes the foil during the last 45 minutes in the oven. She also mentioned basting, periodically coating the turkey with its own juices. But Pippert strongly cautioned basters to keep their oven temperature constant.

“Too many people baste with the oven door open. Leaving the door open allows heat to escape and forces the oven to work harder to catch up on the temperature,” Pippert said.

This inconstant temperature can be remedied by lifting the bird out of the oven and placing it on the counter to baste, while keeping the oven door shut as much as possible.

Pippert said the turkey will continue to cook once it’s removed from the oven and should be allowed to rest 30 minutes before carving.

For a more flavorful turkey, Pippert suggested brining the turkey in a mix of one gallon of water, one cup of sugar, one cup of salt, one cup of lemon or orange juice, a chopped onion and one tablespoon of peppercorns. Pippert said she likes to add to the brine depending on the flavor she wants the turkey to have.

“I add whole squeezed oranges and lemons, juniper berries, bay leaves, allspice berries, or whatever I feel like throwing in,” Pippert said.

Among the other possible cooking techniques for the turkey are butterflying and deep frying, which have different instructions. Pippert said her favorite family turkey recipe is a butterflied variation.

“My very favorite turkey recipe came from my friend, Jane, years ago,” Pippert said. “It is a butterflied breast of turkey stuffed with prosciutto, breadcrumbs, Parmesan cheese, freshly roasted chestnuts and Italian herbs. I just love it, and it has become a family favorite.”