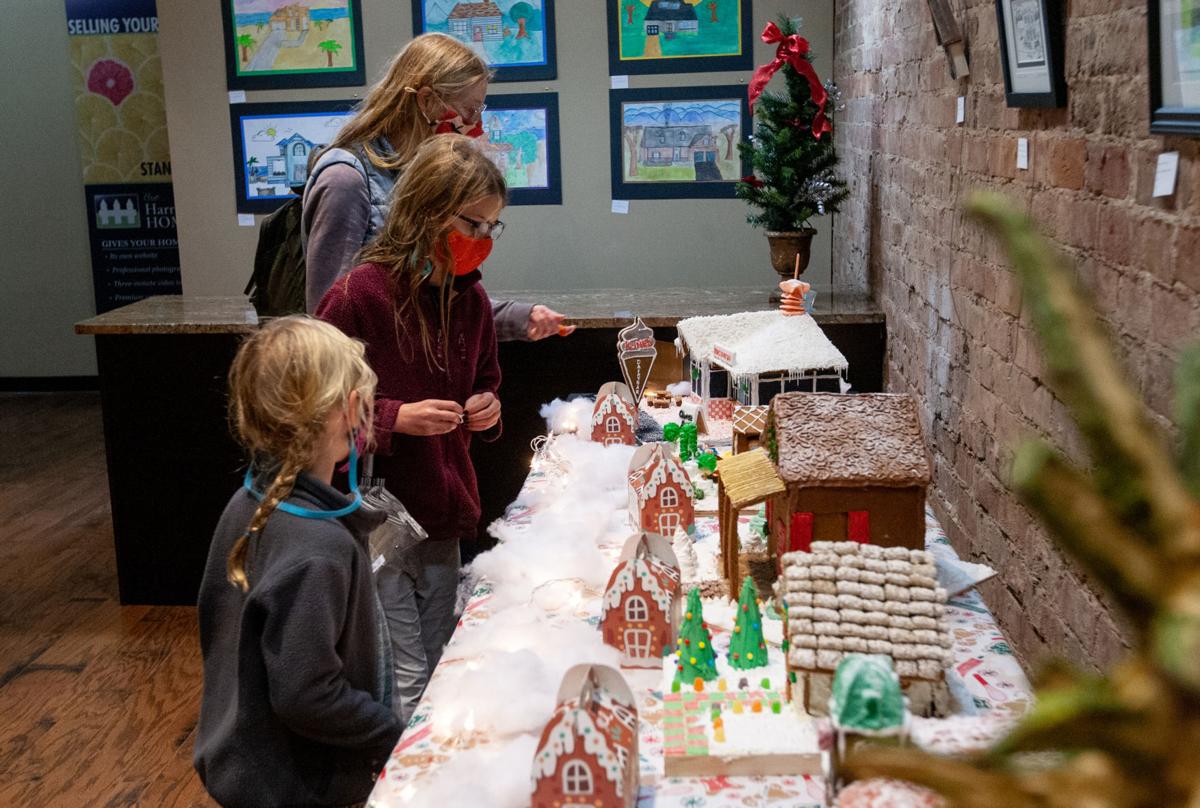 From left, Emi Houston, Sabine Houston and Merridy Gnagey, of Harrisonburg, decide which gingerbread houses to cast their votes for during downtown Harrisonburg's Winter Wonderfest on Dec. 11. 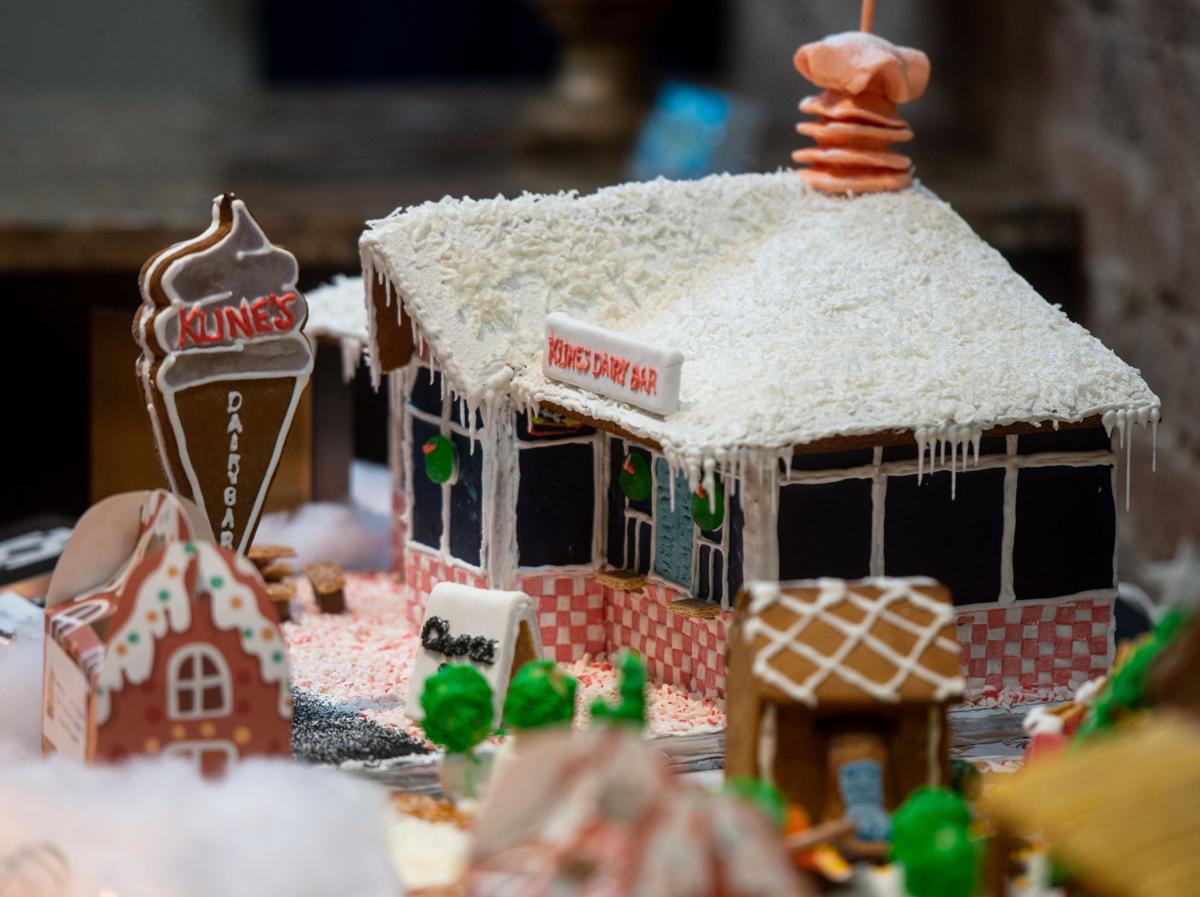 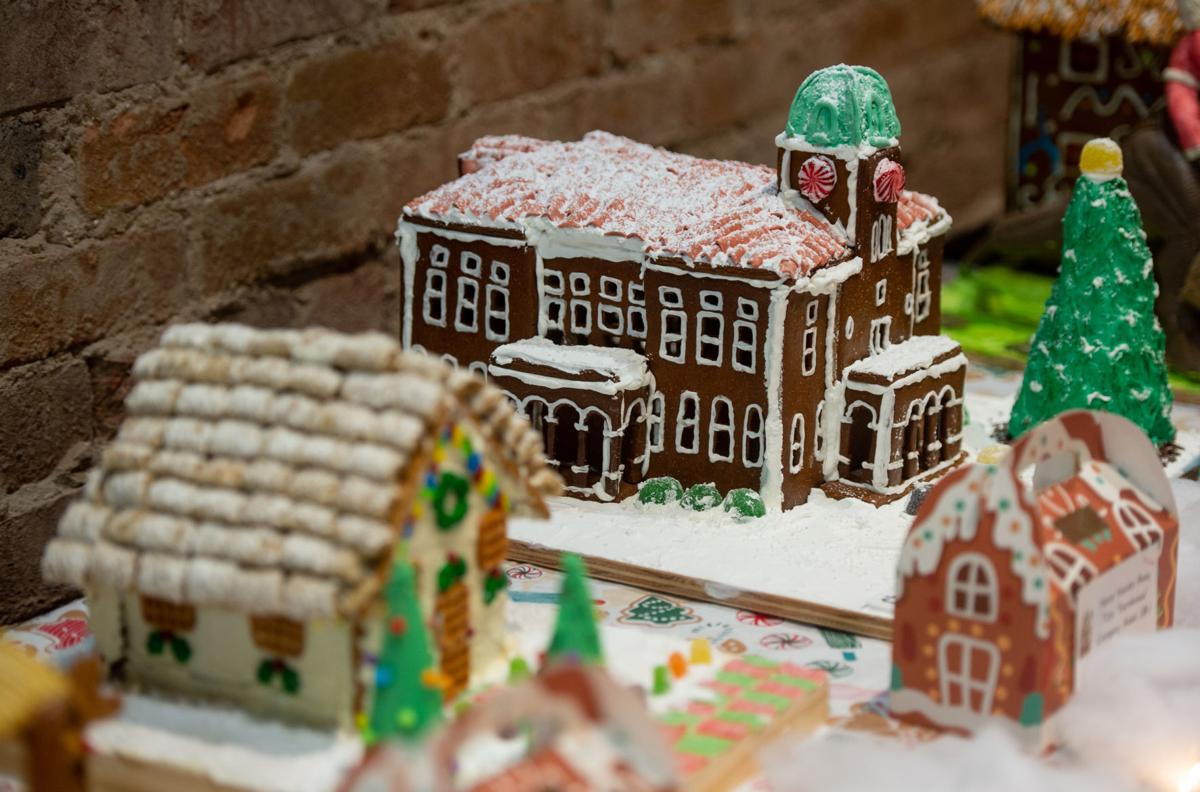 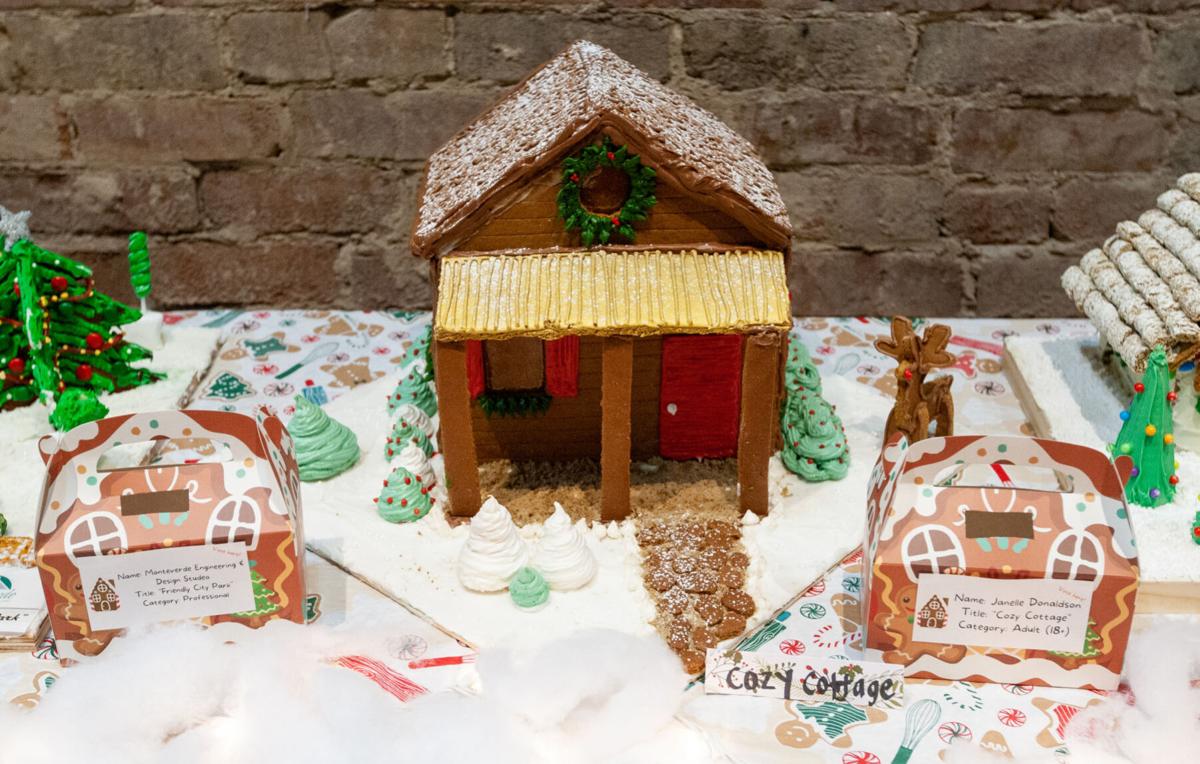 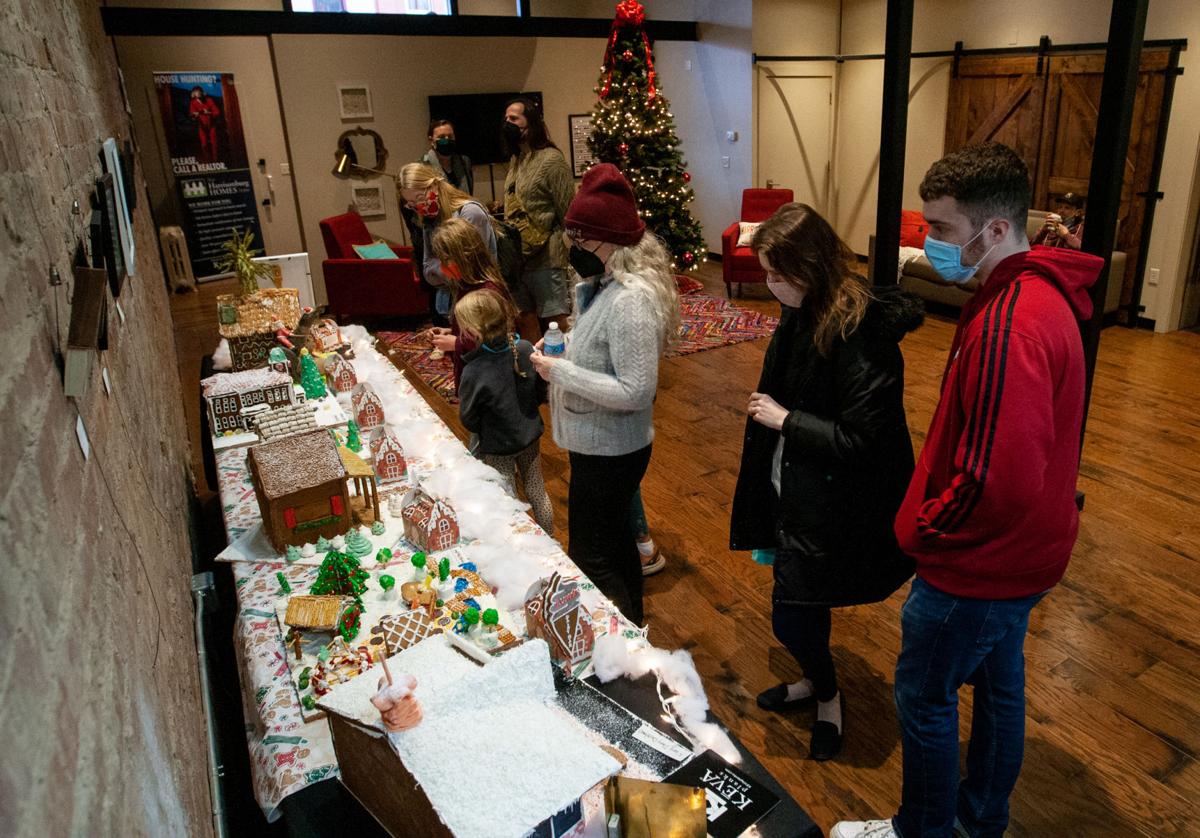 Visitors to the Harrisonburg Homes Team office cast their votes in the gingerbread house contest held during downtown Harrisonburg's Winter Wonderfest on Dec. 11.

From left, Emi Houston, Sabine Houston and Merridy Gnagey, of Harrisonburg, decide which gingerbread houses to cast their votes for during downtown Harrisonburg's Winter Wonderfest on Dec. 11.

Visitors to the Harrisonburg Homes Team office cast their votes in the gingerbread house contest held during downtown Harrisonburg's Winter Wonderfest on Dec. 11.

Visitors to downtown were seeing miniature at Winter Wonderfest.

In the Harrisonburg Homes Team building, a handful of whimsical gingerbread houses stood during the downtown event on Dec. 11.

The buildings ranged from a playground to a small version of the Rockingham County Courthouse. They were created by local businesses and people of all ages for the first annual Winter Wondefest Gingerbread House Build-Off.

While there were only a handful of submissions, the contest received over 700 votes, according to an HDR Facebook post.

During the extravaganza, visitors to the real estate office placed admission tickets into boxes near each house to vote for the winners.

The contest had prizes in four categories, however, the only entrants were in the corporate and 18-and-up categories.

“I think everyone who entered actually did win,” said Emily Winter, HDR director of marketing.

The build features Kline's classic cone-shaped neon sign, a sandwich board and a picnic table. The walls of the house were decorated in edible material that looked like the real order windows, decorated with teeny Christmas wreaths.

Created by a team from Keva Planks, a local toy company, and Shickel Corp., a metal fabrication business, the build was well-engineered.

The complicated pyramid hip roof featured an oddly shaped dormer. Kate Meyerhoffer, who headed up the team, said they wanted to build something that was familiar to Harrisonburg and architecturally interesting.

“We thought that Kline’s was iconic and we wanted to build something that people would easily recognize,” Meyerhoffer said. “We all just love Kline’s. None of us have ever worked there or anything.”

Meyerhoffer, who works at Keva Planks, said the build went smoothly because her team prepared a cardboard prototype. They used the cardboard pieces as templates for the gingerbread.

Then, the team decorated the house together.

The roof was coated with coconut flake “snow,” and the sides of the building were decorated with the same red and white tile the real Kline’s has.

Meyerhoffer said the entire project from “concept to completion” took between 12 and 14 hours.

The build featured multicolor piping. Then, Forlines stole the show with cinematic modeling chocolate accents, like Santa Claus, riding on top of a dinosaur.

He said he’d worked on the project with his kids and was originally hoping to submit a second house in the kids category. But the team ran out of time.

“My two kids love [the] show,” Forlines said, referring to "Nailed It," a baking competition series on Netflix. “I hope to compete against many more next year so my kids can enter one as well.”

Winter said HDR expects to have the event return next year and hopes more bakers will join the challenge.

“Hopefully, next year, now that there’s a little bit more buzz about it, we’re hoping to see some more entries and a bigger competition,” Winter said. “Hopefully [next year], we’ll get a whole gingerbread neighborhood.”