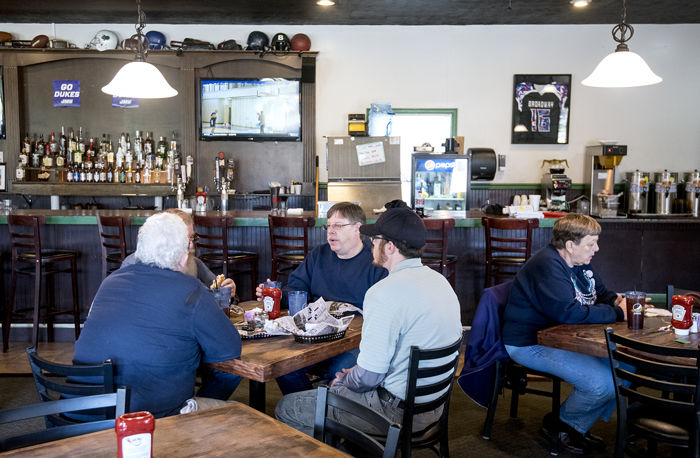 Diners get lunch at Gobbler Grill in Broadway on Monday afternoon. 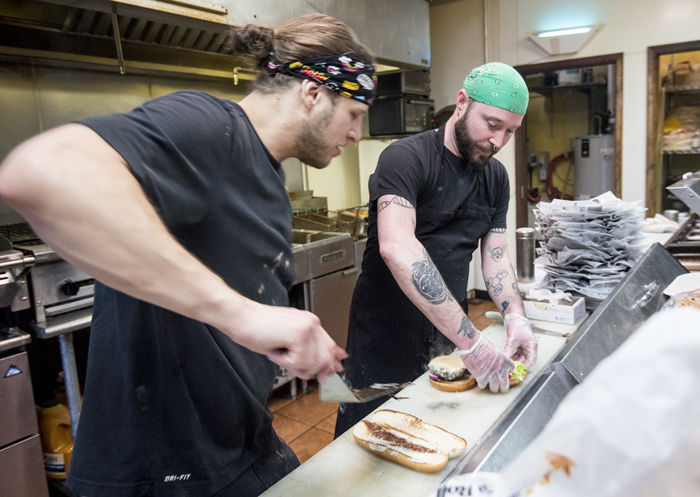 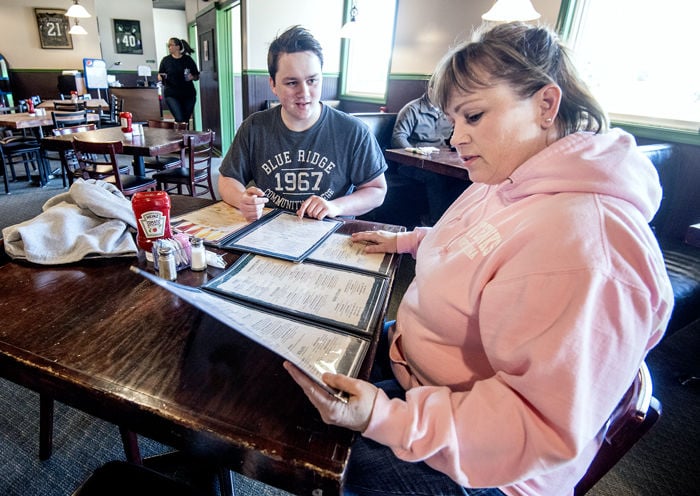 Diane Sabille (right) and her son, Kyle Sabille, of Quicksburg, look over a lunch menu Monday afternoon at Gobbler Grill.

After 25 years in the restaurant management business, and countless Broadway residents asking him when he was going to open his own place, Colby Mongold took the leap.

So, at the end of October, Mongold stepped in as the owner of Strut’s, and within a week, started making changes to ensure that the restaurant had his stamp on it, including renaming the place to Gobbler Grill.

“Nov. 1 is when we started the transformation as far as what we were doing,” he said. “We’re still in transformation mode. I’ve done so many restaurant openings; it’s six months to a year to where you get to the point to where your daily operations are finally steady [and] the boat’s not rocking.”

And while Mongold may be new to restaurant ownership, he brings with him a wealth of experience as not only a restaurant manager, but as an executive chef as well. He spent three years back in the early 2000s as the executive chef at Bryce Resort. And it’s those experiences that allowed him to bring a philosophy to Broadway that keeps people coming.

“We’re basically scratch made; there’s only a few things that we don’t make from scratch,” Mongold said. “We cure our own sugar cured ham for our sandwiches, we cure our own capicola for our spicy Italian sub, sauces, salad dressings. There’s only like four things that we do not make in house. We’re heavy on scratch made, which is not the case for a lot of places. They open a bag and there you go.”

One of the big differences between managing a kitchen and owning his own restaurant, as Mongold explained, is that there’s added stress that everything is his and dependent on him.

“There’s everyday stress of [the restaurant being] yours and everybody is dependent on you,” he said. “In the end, you’re ultimately responsible.”

Mongold admits that when he took over the restaurant, he could have named it anything he wanted. He thought about naming it after himself, but in the end, he said it was a no-brainer when it came time to decide what to call the place.

“The history of the Broadway Gobblers is entrenched for decades. In Rockingham County, if you look at the entrances to the northern and south end of the county, there’s bronze turkeys that say, ‘Poultry capital of the world.’ That, coupled with being a Gobbler myself, it’s just a northern end of the county thing. I’ve lived here 44 years and I’m proud to have grown up in and graduated from Broadway.”

Gobbler Grill has seen success since it’s opening in November. But, as Mongold said, he doesn’t want to take full credit for the restaurant; he prefers to defer to his employees and customers, both of whom he said are the heart and soul of the grill.