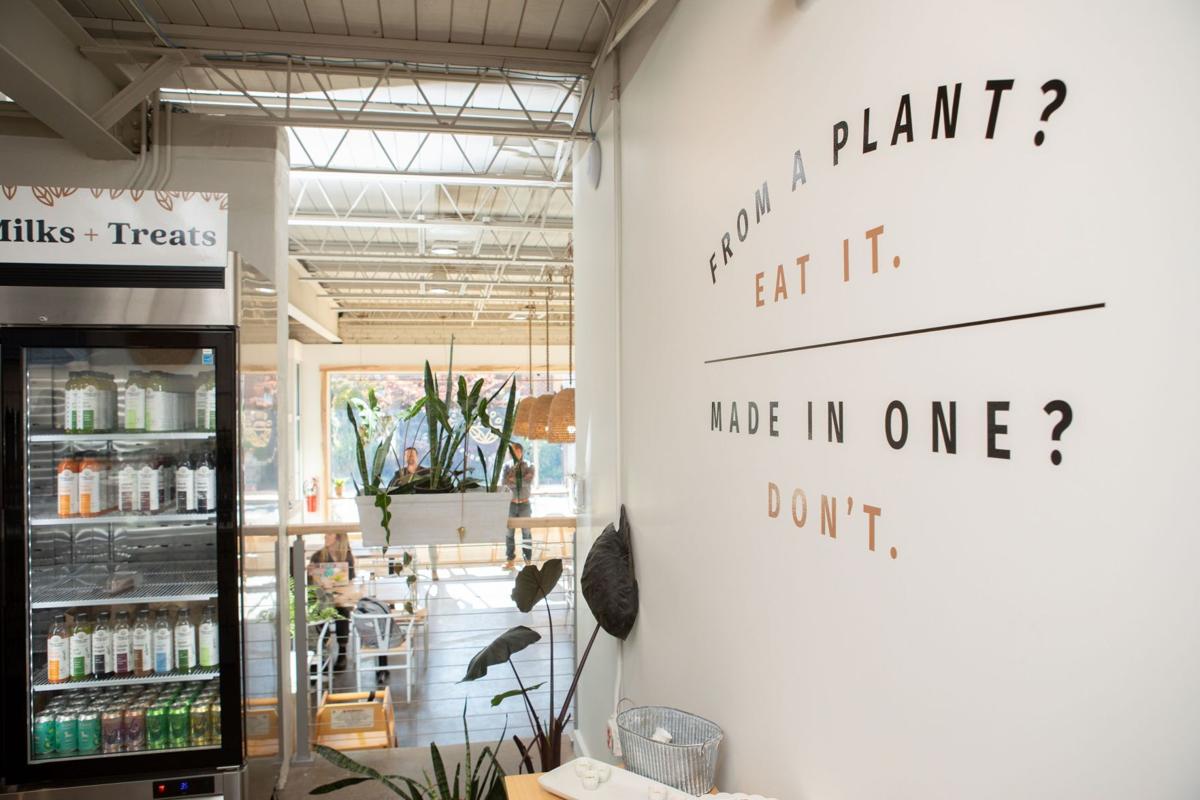 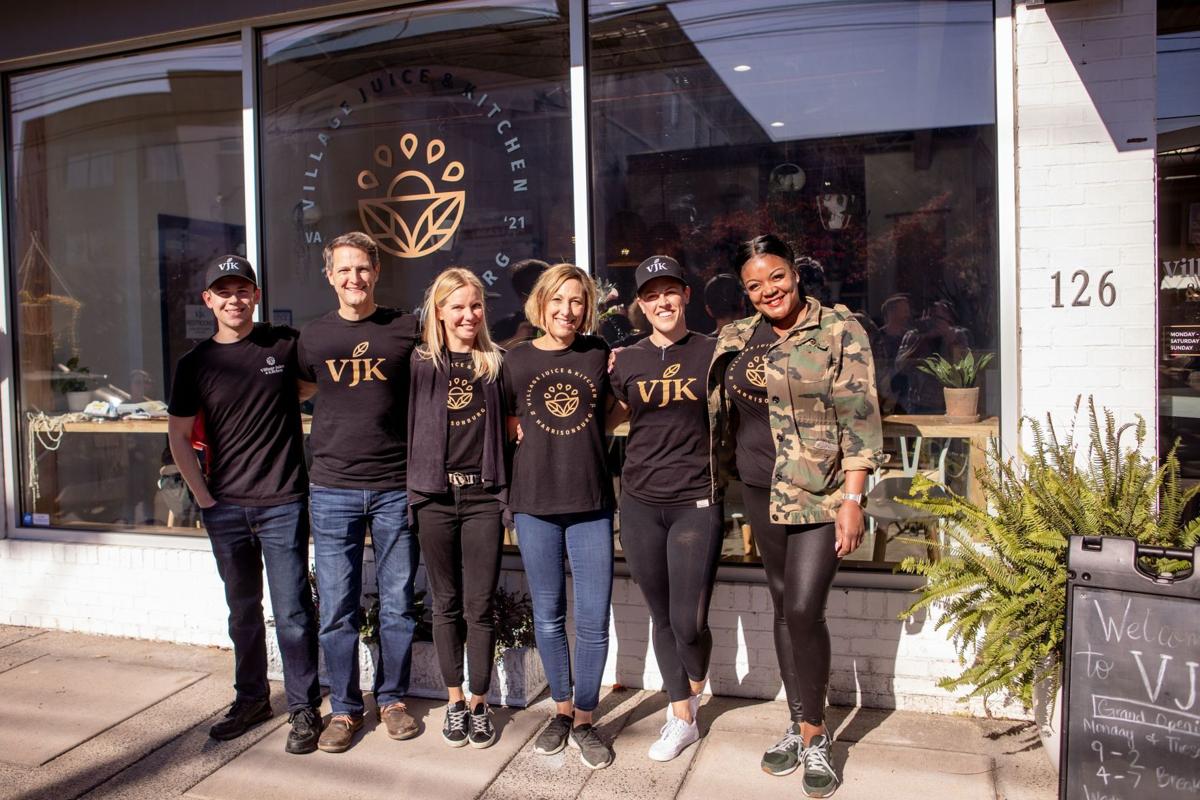 Village Juice and Kitchen held a ribbon-cutting ceremony on Monday.

Village Juice and Kitchen held a ribbon-cutting ceremony on Monday.

White décor awash in sunlight seemed to glow with the excitement of new restaurant Village Juice and Kitchen's grand opening on West Bruce Street on Monday.

Visitors working on laptops had already made themselves at home at high-top bar seats in the large windows of the space formerly home to Food.Bar.Food during the grand opening, along with groups of college students and community members including Sara and Connor Williams, a young married couple who said they were excited to try Harrisonburg’s newest healthy option.

The health-food restaurant features trendy decorations, oversized woven lamps that cast warm light, succulents and a variety of seating options, including a long family-style table, seeming to encourage different parties to sit near each other. The franchise is owned by husband and wife Bill Johnson and Tina Johnson, of Harrisonburg.

The fast casual restaurant’s menu features cold-pressed juices, smoothies, smoothie bowls, salads, grain bowls, topped toasts, a breakfast menu and grab and go healthy desserts. The restaurant’s juices are “raw” and contain no preservatives. While the menu does have the option of meat, many items are available with or without it.

Village Juice and Kitchen started out as a cold-pressed juice company created by Lonnie Atkinson, founder and creative director. It expanded to two spots in the college town near Wake Forest University. The business is aiming to expand to more college towns and has plans to open two more spots in other cities in Virginia, Siler Southerland, business development manager, said in a September interview. The Johnsons said they’re hoping to target lots of college students as well as serve as a community spot for gathering.

“It’s a unique menu, a healthy choice, and I think people are just kind of curious about what it is, what’s happening. It’s fresh, it’s something new,” Bill Johnson said.

Bill and Tina Johnson each faced different health scares over the same few years, and in a September interview, they said they decided to start eating a completely "clean" diet, which meant no refined sugar, wheat, dairy and non-organic food. The Johnsons, who traveled to Winston-Salem for several consecutive years, said they fell in love with the concept of the small chain that first opened in that town.

“I do feel like Harrisonburg has the best food and restaurants, but there’s not a ton of healthy options. I feel like this brings out some of the healthier options. If I’m going downtown, I don’t [always] really want a burger or pizza. I want really good, healthy salad or a bowl. I feel like this is the piece that’s been missing,” said Sara Williams, of Harrisonburg.

Members of the Harrisonburg-Rockingham Chamber of Commerce came to celebrate its new member’s grand opening Monday with a ribbon-cutting. In attendance was Carlie Lynn Floyd, manager of membership engagement and programs for the chamber, along with City Council member Chris Jones and other members of the chamber.

“We’ve had quite a few [ribbon-cuttings] this year now that things are opening back up,” Floyd said. “It’s great to be out and about. With yesterday's [event], it was just so warm and welcoming. There was a lot of attendance and everybody loved what they’re bringing to the community and wanted to celebrate that with them.”