Skip to main content
You are the owner of this article.
Edit Article Add New Article
You have permission to edit this article.
Edit
Login
Home
News
Opinion
Sports
Features
Obituaries
Photos
Advertise With Us
Classifieds
Jobs
Homes
Public Notices
Events
e-Edition
1 of 4 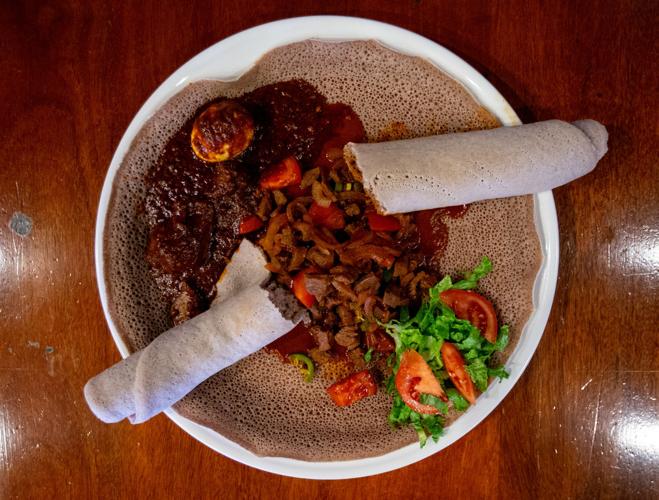 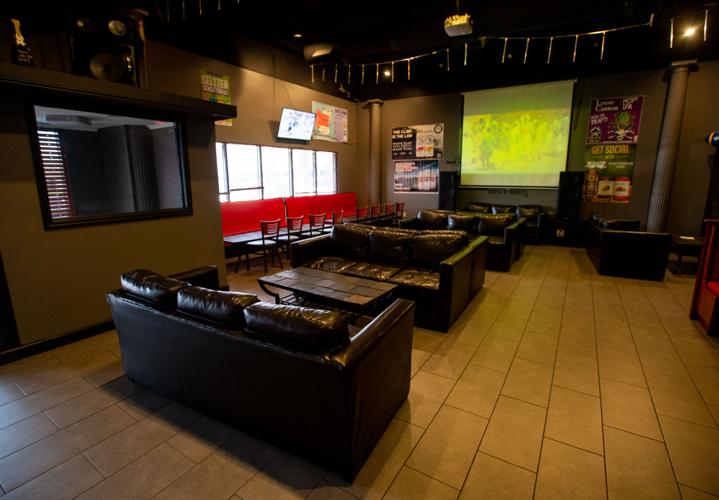 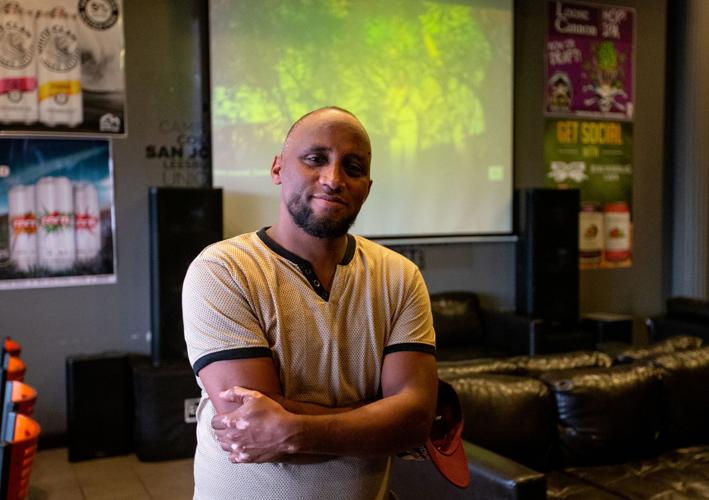 Mehretu Tekle, owner of Habesha Restaurant and Hookah Bar, poses for a photo. 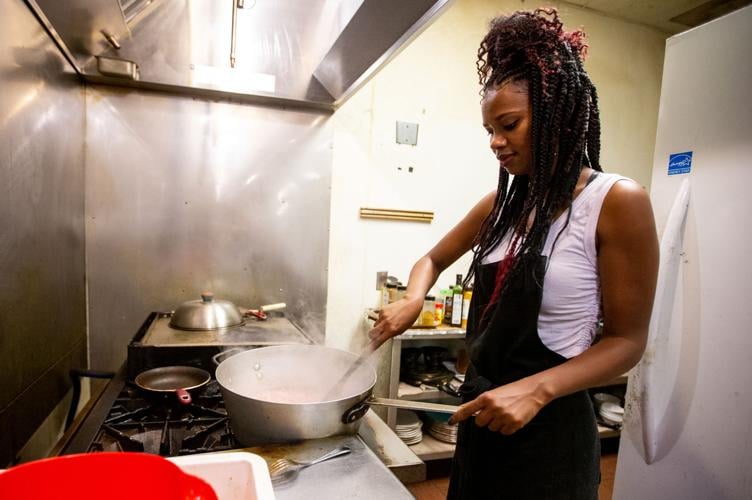 Mehretu Tekle, owner of Habesha Restaurant and Hookah Bar, poses for a photo.

When Mehretu Tekle lived in a refugee camp in his native Eritrea, it was important for him to help people by playing upbeat music.

Forming a band, Tekle and new friends performed songs to bring hope to all the people in the camp trying to escape political unrest in their country.

“We were making awareness for the community,” Tekle said of his time there before coming to Virginia in 2010. “People were depressed because of the refugee. We just [made] awareness for people. Even if it is hard, [I wanted them to know] we are going to leave the refugee camp.”

Bringing a joyful spirit to the local area, Tekle opened Habesha Restaurant and Hookah Bar earlier this year. The spot combines a menu of traditional Ethiopian and Eritrean dishes along with serving beer and wine and hookah — a type of tobacco pipe usually smoked in groups.

Habesha, pronounced with the emphasis on the first syllable, is a term to promote unity among Eritreans and Ethiopians. The word can be used as part of a greeting, like countryman. The word is also used to refer to oneself culturally, as in “I am Habesha,” according to Tom Syre, a retired James Madison University professor who lived and worked in Ethiopia.

The restaurant’s menu features Ethiopian staple injera, a spongy bread in the shape of a pancake. Made with fermentation, this tangy bread is used to scoop up heaping portions of tibbs, different kinds of stewed meats, or wot, a type of stew with different kinds of meat that often contains a hard-boiled egg.

Don’t expect to see silverware on the table at Habesha, as Ethiopian food is traditionally eaten with the right hand only, ripping off a piece of injera and using it to scoop up the main dish, which is often served with a bit of salad on the side, Syre said.

The food, which is said to be authentic by customers who have traveled to the Ethiopian capital city of Addis Ababa, is the work of executive chef Mesel Michael, Tekle’s sister-in-law, who is also a refugee who arrived in the area two years ago.

According to Tekle and Michael, learning to cook is a rite of passage for women in Ethiopia. Being a great cook for their families is a point of pride for many Ethiopian women, according to Michael.

“I have been cooking since I was 15,” Michael said in Tigrinya, the language of Eritrea, translated by Tekle. “My mom [taught me].”

Habesha is not Tekle’s first venture into the local culinary scene. He opened Hope Ethiopian and Eritrean Restaurant on South Main Street during the height of the COVID-19 pandemic. The restaurant had a large following, especially for takeout, Tekle said. When the space was sold, he had to find a new location.

He bought the spot that was Social, a hookah bar on Neff Avenue that closed at the end of March. The space still looks similar, featuring a long, rectangular dining space with a bar at one end, booth seating and couches with coffee tables for smoking hookah. It features basically the same menu as Hope, with an added hookah menu.

Also adding a TV screen and projector playing fun African dance videos, Tekle said he plans to amp up the space with a dance floor in one corner.

After meeting his wife, Rachel — the singer from his band — and getting married in the refugee camp, Tekle said they eventually made their way to Harrisonburg, had children and are raising them as U.S. citizens.

It is the hope that his three kids, ages 11, almost 8, and 6 months old, will have a better life that keeps Tekle going in the unpredictable restaurant business, he said.