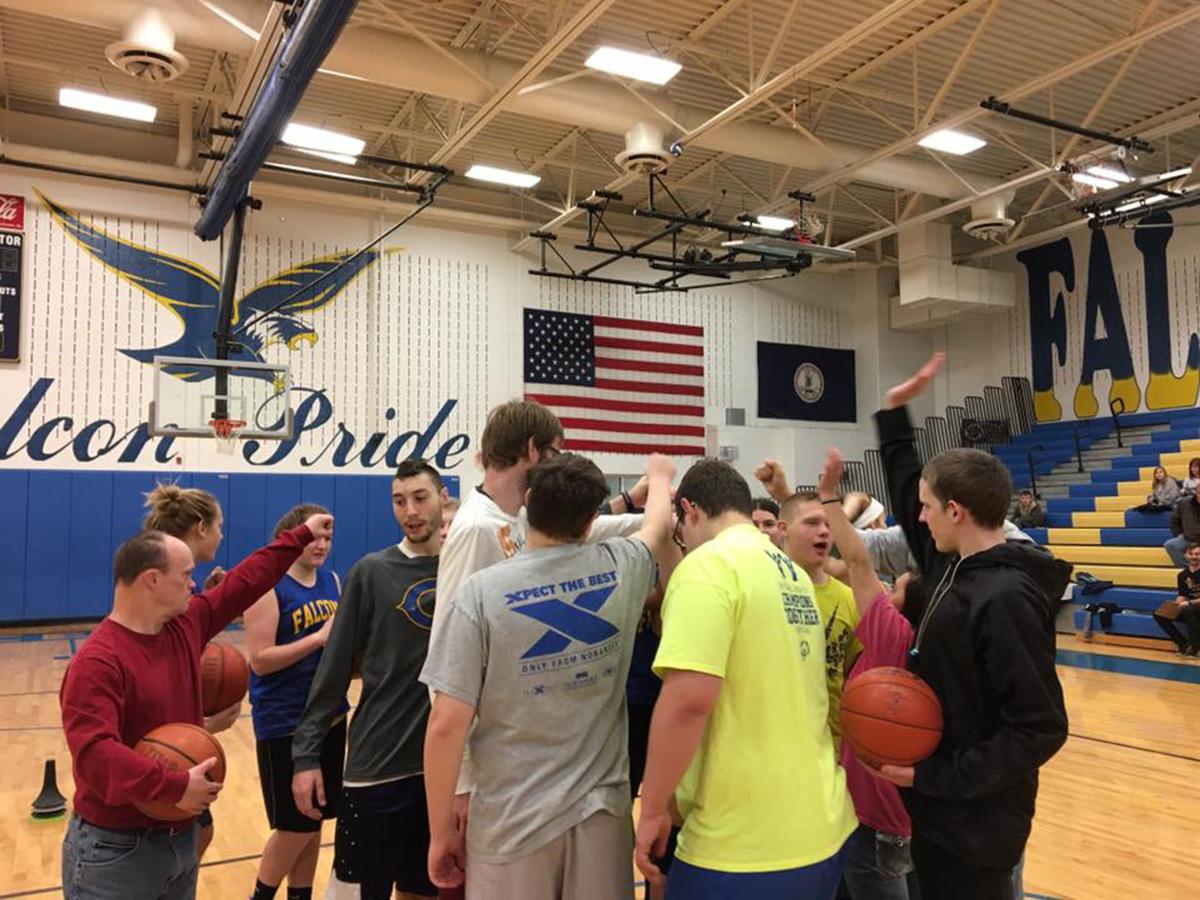 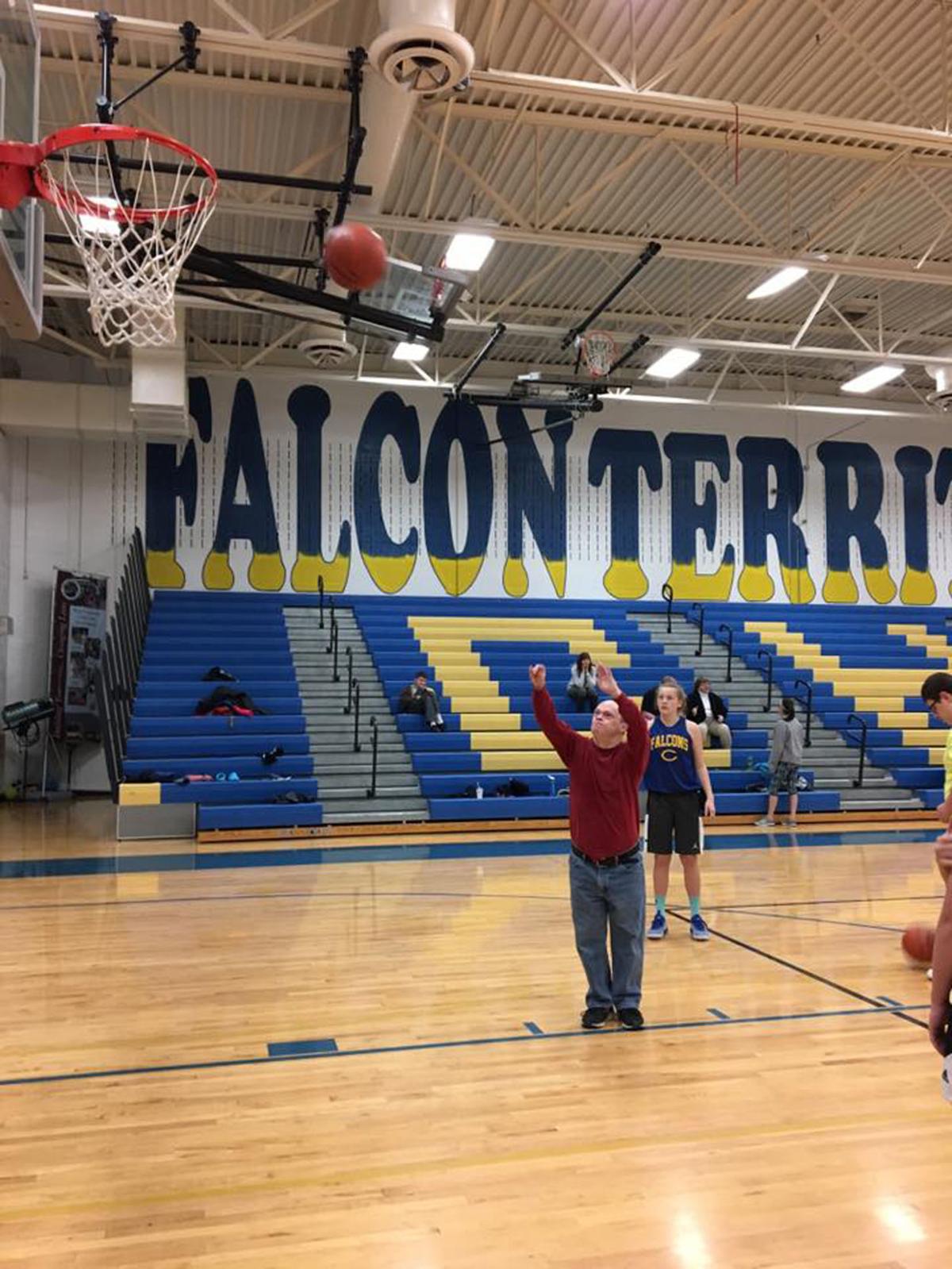 Separated by just 15 miles, there’s usually a fierce rivalry when Central and Stonewall Jackson high schools meet on the court. Fans jeer and cheer louder and players tend to play a little harder when facing their county foes.

“Megan Smith and her husband, Hayes, watched sadly as Shenandoah County special education students aged out of Champions Together, a track program for individuals with disabilities,” said Matthew Richert, a special education teacher at Central and Special Olympics board member. “Special Olympics is for everyone eight years and older with intellectual disabilities. [The Smiths] saw this as an opportunity for those that had aged out of high school to come back and participate in sports.”

The Shenandoah County Unified Basketball team consists of students with intellectual disabilities from Central and Stonewall Jackson high schools, and members of the Central boys basketball team and the Eastern Mennonite University men’s basketball team. They will split into two and play the two teams from Winchester. The game, which will be played at Central High School at 5 p.m., is the Special Olympics’ biggest fundraiser of the year.

“The money that we use from this fundraiser helps pay for transportation, overnight stays when we go to tournaments, costs for uniforms,” Richert said. “We want athletes to be involved in Special Olympics, and sometimes price is a barrier, so we want to raise money for this cause.”

Along with the players on the court, students from both schools are also sending students to help volunteer at the event. Stonewall Jackson’s Interact Club, Central’s sports medicine classes, Central’s girls basketball team and other volunteers will help referee, keep score, run the timer and more.

He said one of the common misconceptions that people have about the Special Olympics is that it only happens once a year, which is far from the truth.

Richert explained that the coaches of the basketball teams at CHS and EMU were asked if their teams wanted to take part, and they were on board with such a worthy program because Unified basketball gives students with disabilities a chance to do things they might not usually have a chance at.

“It’s going to be a fun night and it’s really great to see individuals with disabilities do things they wouldn’t otherwise have an opportunity to do,” Richert said. “Sinking a three, having their name called on the loudspeaker with a nickname or having a walkout song, that really means a lot to them.”

Entry into the event is free, but Shenandoah County Special Olympics will be accepting donations, with the recommended donation being $5. There will also be gift baskets raffled away throughout the night and a performance by the Eastern Mennonite Cheer Squad at halftime.

Having opportunities like Unified basketball and Special Olympics is largely important for students with disabilities because it gives them a chance to do things they see their peers do all the time.

“They may have an interest in basketball but were never able to fit in because of their disability, and they couldn’t make it on the basketball team,” Richert said. “We provide that opportunity for them. ... [It] gets them out of the house and gives them physical activity and also social opportunities. It’s very important to us.”