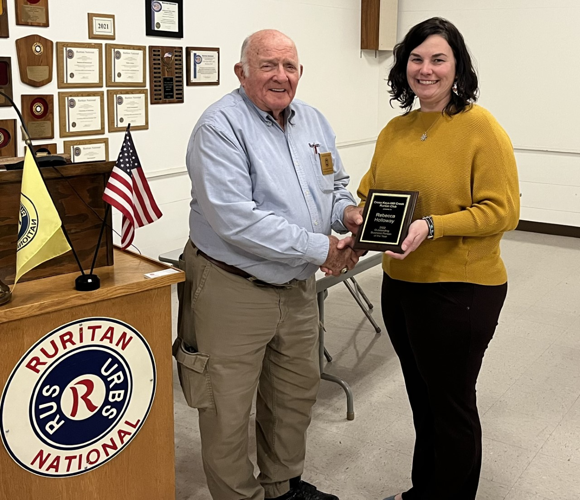 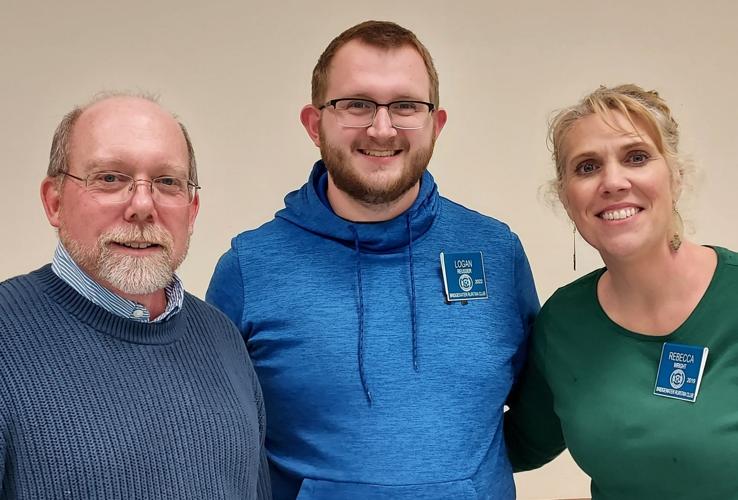 Alpha Delta Kappa was called to order by co-president Sherri Chapman on Thursday, January 12, 2023 at 5:30 p.m. The meeting was held via zoom. Those attending were chapter members and state vice-president for membership, Sally Miller. Vickie McAlister offered the "Thought for the Day" Minutes were sent out via e-mail, no changes were noted and a treasurer's was given by Deb Mongold. The scholarship being offered this year is for $750. For altruism, Twilla Lambert stated she sent $120 to the Blue Ridge Food Bank in the name of Alpha Kappa, Beeper Coffman asked for other altruism donations be turned in to her. Alpha Kappa's 50th anniversary celebration will be at Eagle Carpet's community room on May 20th at 2 p.m. Future planning is needed for this event. Blue Ridge District president Julie Aittama stated that Alpha Upsilon will provide a wreath for auction at the state convention in March. The convention is March 17 - 19 in Blacksburg, Va. It was also noted that the district handbook needs to be updated, as well as chapter by-laws. The February meeting will be held Feb. 9th at Skyline Middle School in Holly Bess's classroom and the theme is mindfulness/creativity. Following the conclusion of the business meeting Sherri Chapman led a book discussion on "The Boy Who Harnessed The Wind" by William Kamkwamba and Bryan Mealer.

The Massanutton Chapter of the National Society of the Daughters of the American Revolution met Jan. 11 at the Terrace of Rocktown for monthly meeting. Regent Carol Parker opened the meeting and asked for a moment of silence for the passing of Chapter Librarian Shelvie Carr. Chapter Chaplain Kathy Hilbert gave prayer. The ritual was led by Honorary Regent Eleanor Price for the Pledge of Allegiance and the American's Creed was led by Brenda Robey. Congratulations and welcome were given to newly verified member Emily Reed. Chapter Corresponding Secretary read a letter from the State Chaplain on the death of Shelvie Carr. A Patriot memorial was given for Private Philip Maine that served in Virginia and ancestor of Honorary Regent Linda Dinsmore. Carolyn Frank, first Vice Regent read the President General's Message and shared the National Defense Minute. Treasurer's Report was given by Norma Sheap, Minutes from the December meeting were approved prior to gathering and are always available to members. Reporting continued with American History, and the chapters selection for Outstanding teacher of American History will be at the February meeting. Discussion about Wreaths Across America for next year was shared and announcement of a visitation at Sunnyside that is being planned to celebrate Valentines Day. Delegates for the 127th State DAR Conference were selected to represent the chapter; 1st Vice Regent Carolyn Frank and Honorary Regents Linda Dinsmore and Eleanor Price. Chapter Regent Carol Parker and State Corresponding Secretary Penny Cummiskey have automatic representation for their office held. Honorary Regent Judy von Seldeneck will serve as alternate. Chaplain Kathy Hilbert closed the meeting with prayer and Regent Carol Parker adjourned the meeting.

Spotswood Garden Club opened the New Year with a meeting at the Senior Center Price Rotary in Westover Park. Heidi Klim, of our Programs Committee, introduced our speaker, Jeremy Harold, Green Space Manager for Harrisonburg Public Works. His program was all about increasing green space corridors to create a pathway through the City of Harrisonburg for all pollinators: bees, bats, butterflies, etc. In 2020, the city also created a walking route through the downtown area which is lined with green spaces and gardens. The third week in June has been designated as Pollinator Week, with special programs and classes on pollinators open to the public. It made for an interesting presentation since the Garden Club of Virginia has a program to create “Bee Cities” using the same basic principles. The theme for our arrangements this month was to use only items found in the produce section of the supermarket. It was a fun challenge for all of us to be creative. The Blue Ribbon went to Pat Harkins, the red ribbon went to Sherry Satin, and the yellow ribbon was awarded to Marilyn Alley. The remaining participants, Donna Harper, Chris Chrisley, Kathleen Graves and Wendy Lam were all recognized with White ribbons for their creativity. Spotswood Garden Club members are pleased to start out the new year with a healthy bottom line from our Holiday Auction. These funds will continue to be used to support our ongoing projects, such as Lacey Spring Elementary School’s Outdoor Classroom, as well as invest in other schools and beautification projects. Our Glenna Graves Conservation Grant given in honor of one of our own members, was awarded to two schools this year: Spotswood Elementary for a Bee Pollinator Garden, and Shenandoah Elementary’s project to establish a school Garden Club. An additional award from Spotswood Garden Foundation was made to River Bend Elementary to establish gardens on the school grounds. Our club was excited to have so many worthy entries this year for our own conservation award.

The Bridgewater Ruritan Club recognized Tim and Leanne Kreps as our 2022 "Citizens of the Year", for organizing the "Connections Early Learning Center". The Center provides year-round daycare and early learning at the Bridgewater Church of the Brethren. In addition, Logan Reusser was installed as our newest member and for our program, Larry Elkins described the projects and recent activities of the Bridgewater Historical Society. If you would like to join us, see any member or message us on Facebook.

The Rocktown Camera Club will meet January 23 at 7 p.m. at Trinity Presbyterian Church, 725 S. High Street, Harrisonburg. The subject will be on how to calibrate your monitor so that it shows the photograph's true colors. The Monthly Challenge is Vibrant Colors. We have new Where Is It and What Is It photos. Members will discuss the future direction of the club based on the recent member survey. A brief presentation on how to help retrieve a lost camera or data card. Finally, an inquiry regarding copyright filing. Club meetings are open to anyone with an interest in photography. For further details and directions, visit rocktowncameraclub.blogspot.com