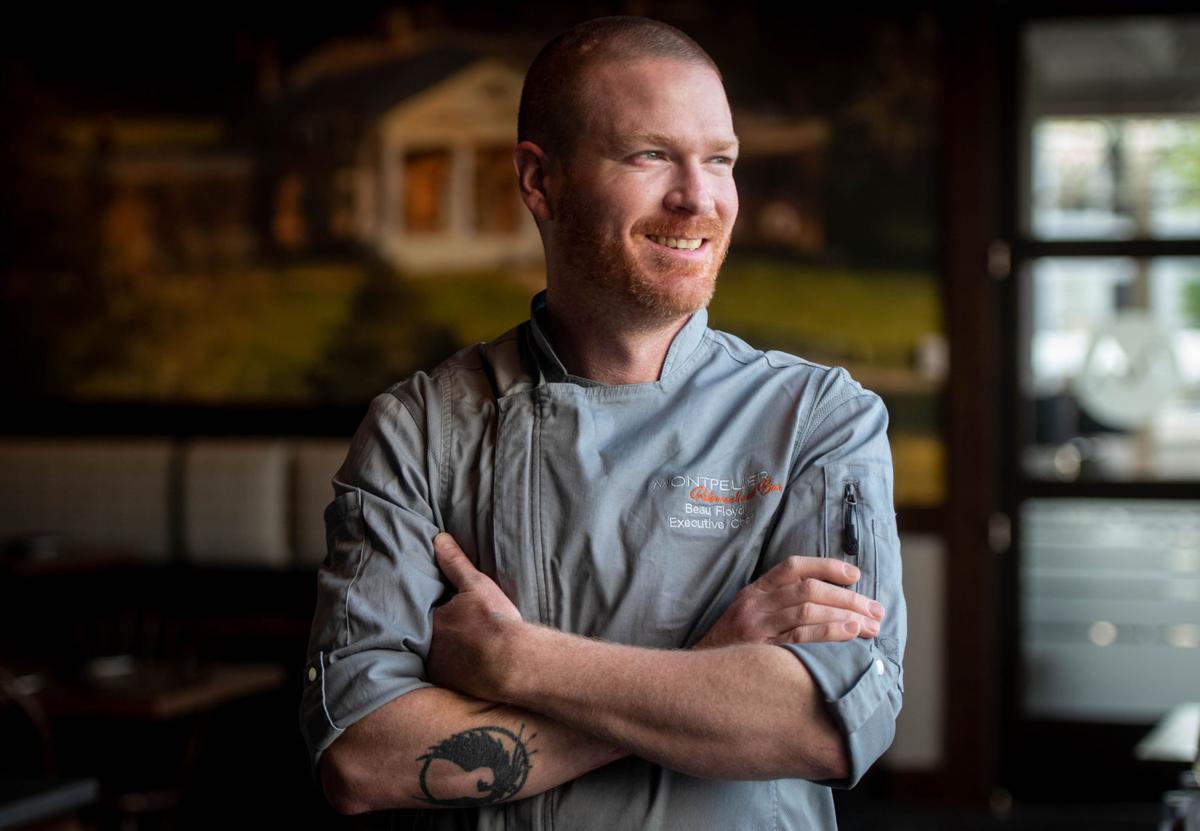 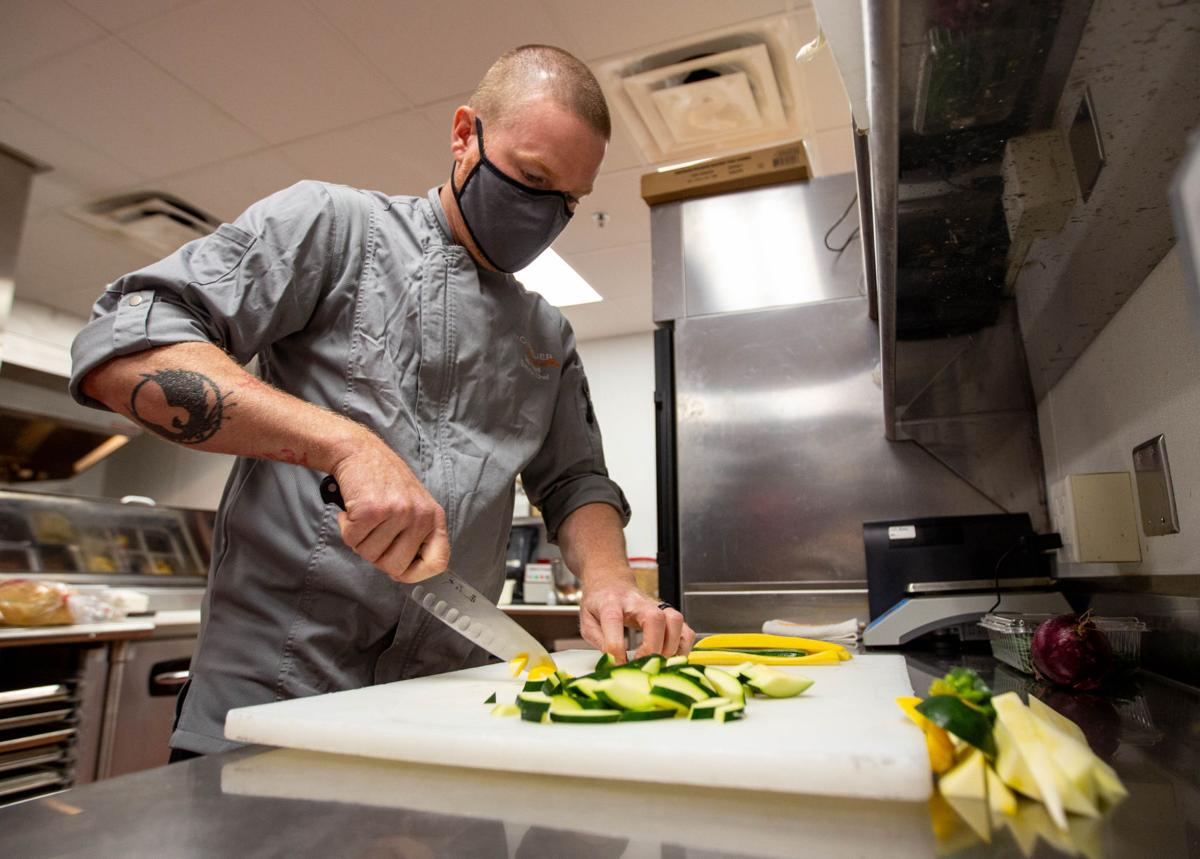 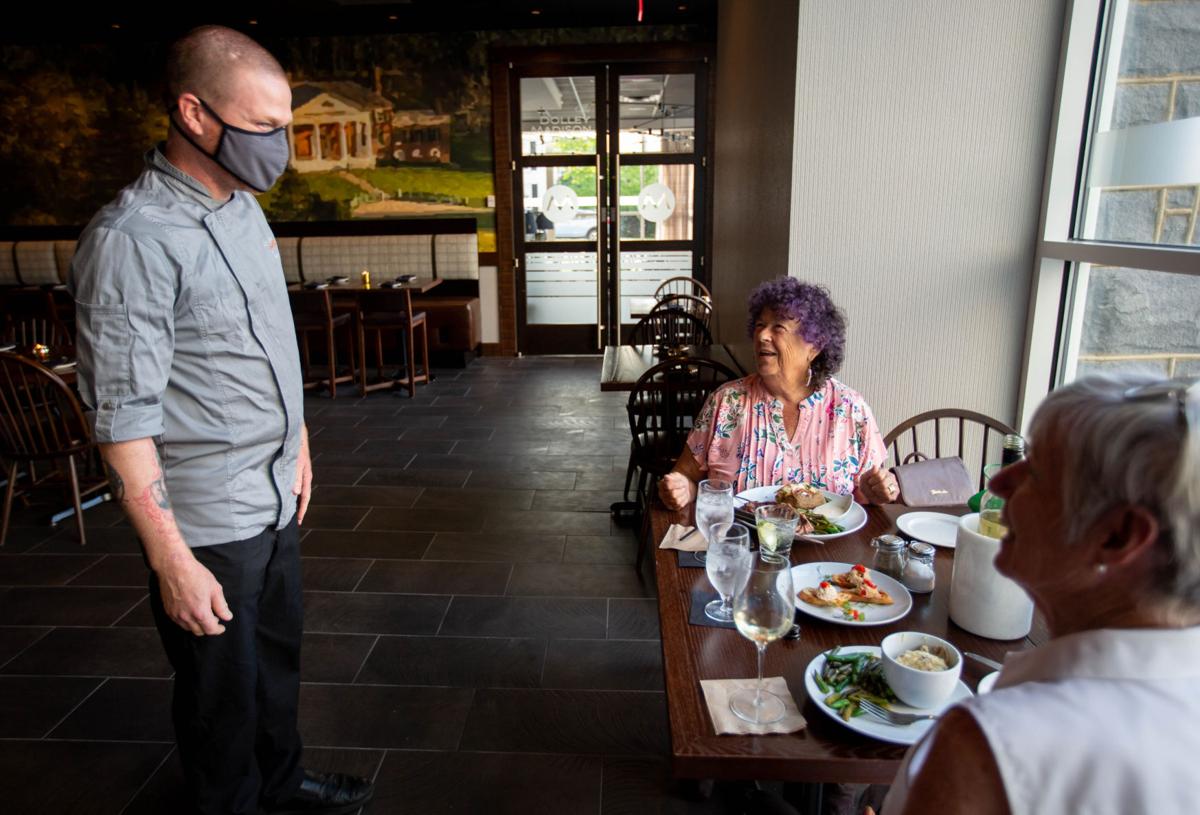 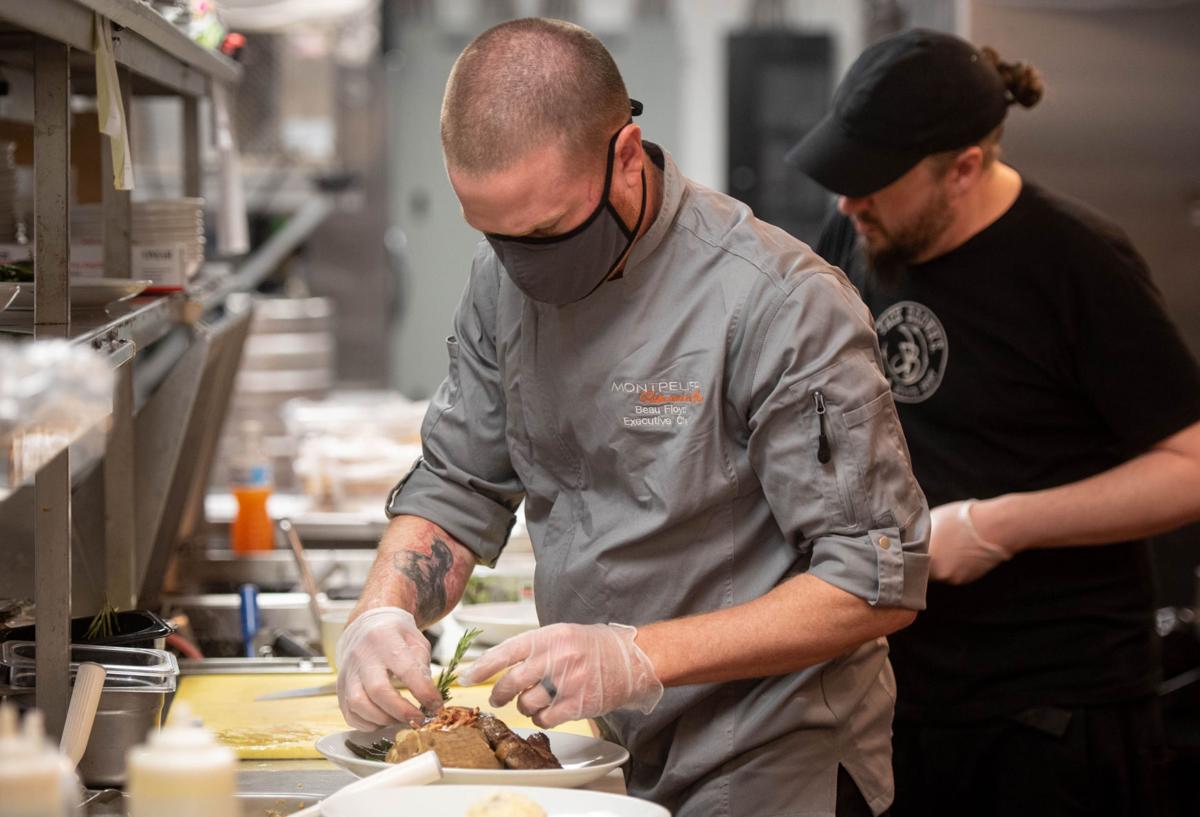 When Beau Floyd was forced to close Food.Bar.Food, it was a slow, tedious process from the beginning of the pandemic in March through October 2020, when the restaurant’s lease ended.

“I bought a cot and put it in the back office that I had cleaned out there and was taking naps there in the day and in the evening and at night, just working day and night to shut that place down," he said. "I mean, it was so much work.”

Floyd said it felt like he'd lost everything and thought his culinary career might be over for good; he planned to take a job with former employer Blue Ridge Beverage Co. to support his family.

“We’d considered different ways to try to adapt and get through COVID, and the only things we could come up with required us to change the entire business model, which would’ve been an investment in a really unstable, uncertain time," Floyd said. "And it was like, ‘OK, we have to close.’”

However, in the final stages of closing Food.Bar.Food, Floyd received a call from Eddie Bumbaugh, director of public relations for Hotel Madison, asking Floyd if he’d be interested in a job as a chef.

Days later, Floyd was interviewed and became the new executive chef for Montpelier Restaurant and Bar, the hotel’s restaurant. It was a whirlwind transition for Floyd, who dove into making big changes to operations during the pandemic.

“It’s kind of all a blur, to be honest. The first thing I did was implement recipes," Floyd said. "One thing that lends to consistency, along with portion control, is standardized recipes; so everyone’s making the same thing the same way. People want consistency. It affects food cost, waste, labor cost. Everything is affected by implementation of standards.”

During the 10 months Floyd's been chef at Montpelier Restaurant and Bar, it's had a limited menu, and the restaurant operated from the lobby bar while being closed to dinner service.

“Essentially, what we’ve done here is open a restaurant from the ground up while maintaining some level of operations while implementing all new like standards of procedure. That’s really tough,” Floyd said.

All the while, Floyd was chipping away at building a new menu: a globally inspired and contemporary menu of scratch-made dishes, expanding on the strictly Southern offerings of the past. There are plenty of options for people with dietary restrictions.

“We don’t buy Bolognese sauce for our porcini Bolognese. We make it from scratch with fresh ingredients,” Floyd said. “We don’t buy cream sauce and amp it up or whatever — we make the cream sauce. We’re not breaking down whole birds for chickens or stuff like that. If you looked through my recipe book you’d see every item on the menu in the recipe book that I have written for the menu.”

The menu with a new concept was first released Friday for the restaurant’s grand reopening, celebrating its return to full-dinner service and the new menu with live music.

“I wanted [the reopening] to be the 13th, on my birthday, because it was this whole like rebirth experience for me and for the restaurant, and it was just so metaphorical and I don’t know, just felt good," Floyd said.

In addition to testing the recipes for the new menu on his own, Floyd hosted weekly tastings for the marketing team for the hotel, which included Paul Gladd, principal and co-owner of dpM Partners, the company that runs Hotel Madison, Kimberly Rhodes, senior marketing and revenue manager, and Ellen Papa, corporate liaison with dpM Partners.

“We appreciated getting to taste the delicious food and giving our feedback and getting to weigh in on it,” Rhodes said. “It was so much fun. I would usually be like, ‘I’m not eating lunch. It’s going to be so awesome.’”

Floyd’s fine casual menu is complemented by a cocktail menu put together by Erica Nelson, front of house manager for Montpelier Restaurant and Bar. Nelson said that in addition to cocktails with a twist, the new menu focuses on local craft beers, with 11 of the beers on tap coming from Virginia breweries.

“There are already a few regulars of ours who have come in to see him who were regulars at his restaurant Food.Bar.Food,” Nelson said. “We’re hoping that once things are solidified here, people from the community will come back and give us a chance.”

Floyd, who said he was proud of his ideas at Food.Bar.Food, said he's hoping to reintroduce those ideas at Montpelier Restaurant and Bar.

When Floyd became co-owner of Food.Bar.Food with his wife, Amanda Floyd, in June 2017 after buying out a business partner, he said the restaurant introduced Culinary Adventure Dinners, three course meals with international themes like a Día de los Muertos dinner where patrons chose from different Mexican cuisines for each course.

While Floyd is toying with the idea of reintroducing a similar concept, Sunday brunch — a favorite from Food.Bar.Food — will follow Floyd to Montpelier Restaurant and Bar beginning in a few weeks.

“He brings a familiarity to the area, being that he was the chef at Food.Bar.Food,” Rhodes said. “For locals, I think that he is recognizable. He was pretty well-known for his brunch at Food.Bar.Food, so we are excited to be offering his brunch in a couple of weeks."

Floyd said support from the community is what got him through the toughest times closing Food.Bar.Food.

“It was really difficult. It was a really emotional time," Floyd said. "It was really interesting and honestly even kind of hope-inspiring for this flood of support. Just having these conversations with customers placing their orders on a daily, weekly basis knowing that we’re shutting down."

Floyd said his supporters got him through the pandemic, and now he’s grateful to have an amazing team at the restaurant.

"Everyone that works [in this restaurant in the back of house] is really committed. I’m really proud to see everyone pull together and pull off these recipes," Floyd said. "It was a really good feeling to have succeeded individually and as part of this team.”