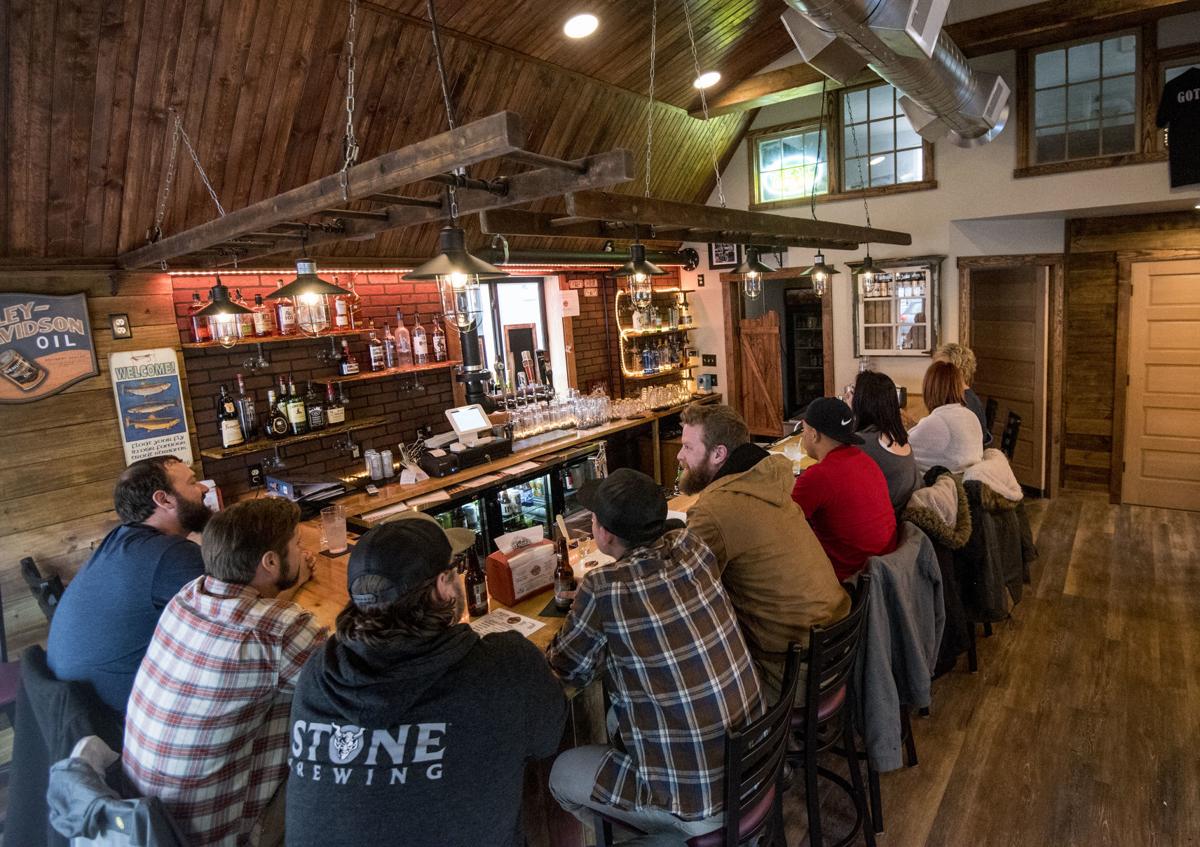 Customers eat lunch at Urgie’s Bar at the Carriage House in Harrisonburg in February. The eatery, which first opened in fall 2017, has grown from selling cheesesteaks at the Harrisonburg Farmers Market and breweries to a brick-and-mortar location. 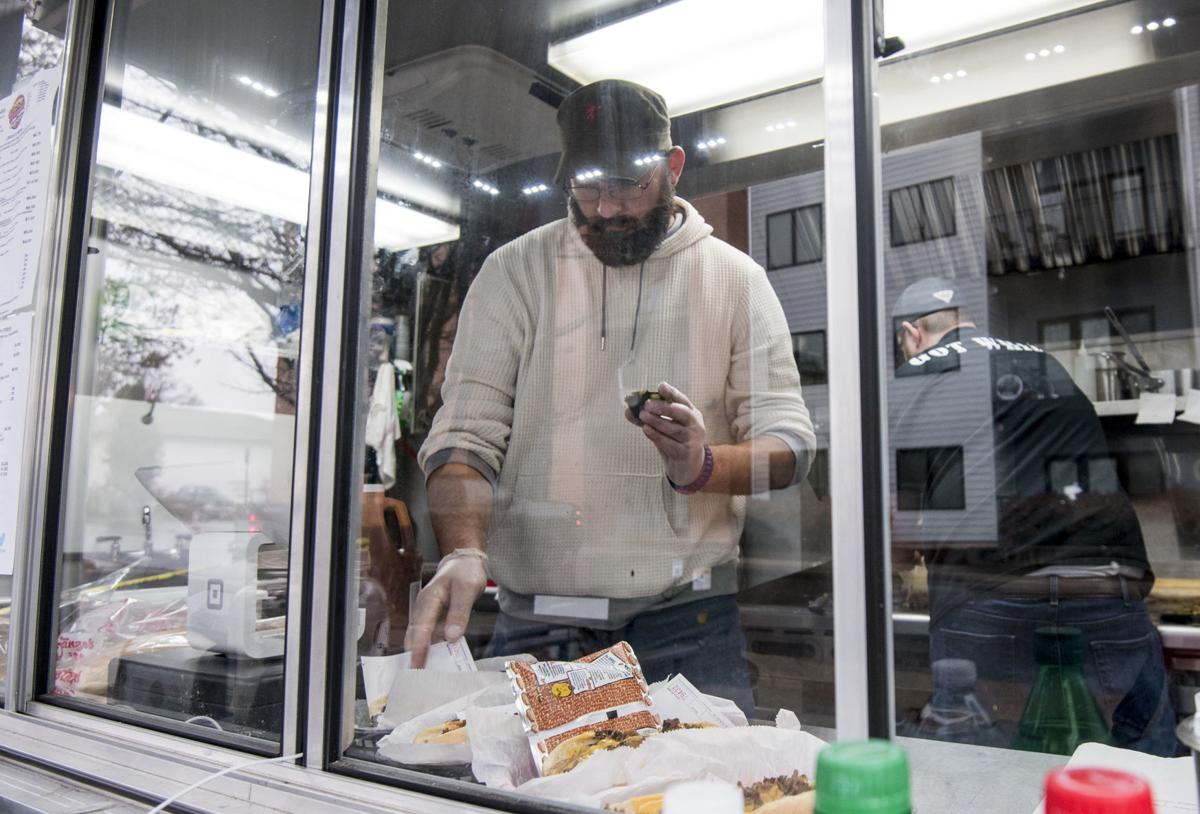 Urgie’s Cheesesteaks co-owner Tommy Urglavitch prepares an order at their Urgie’s Bar at the Carriage House in February. 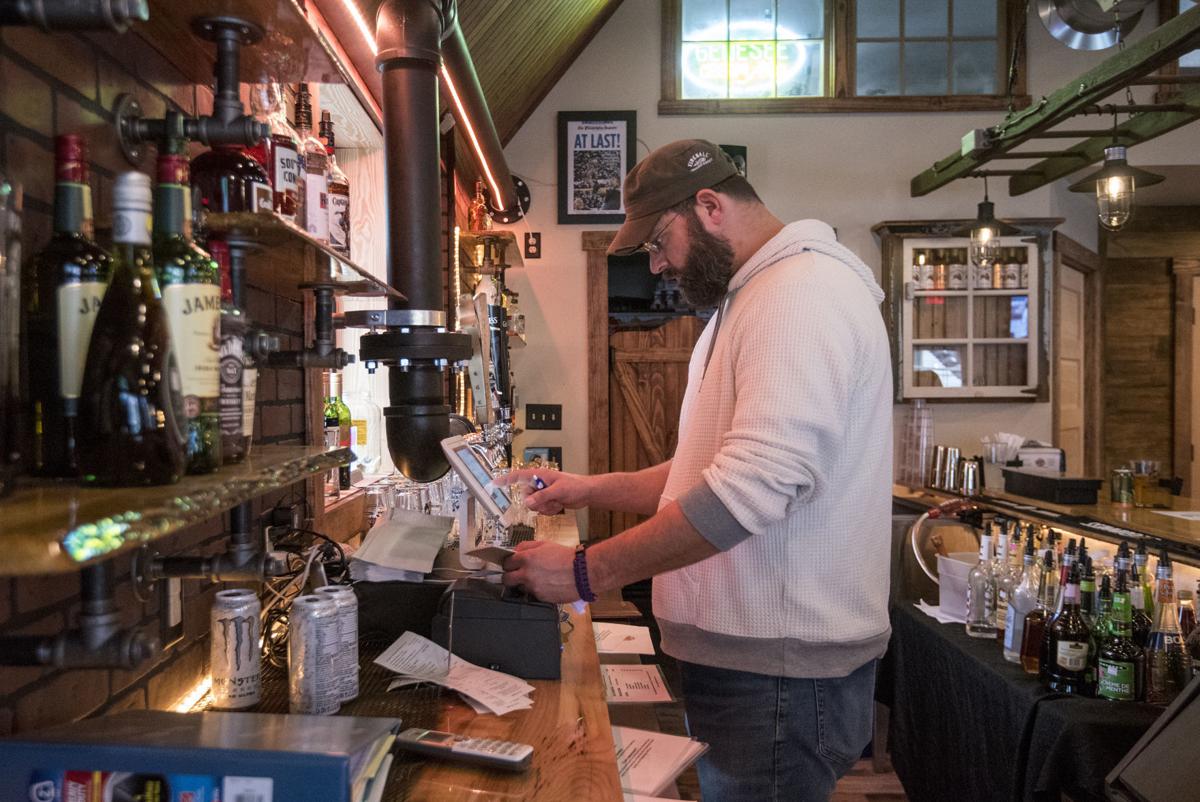 Urgie’s Cheesesteaks co-owner Tommy Urglavitch takes an order at the newly opened Urgie’s Bar at the Carriage House on Tuesday.

Customers eat lunch at Urgie’s Bar at the Carriage House in Harrisonburg in February. The eatery, which first opened in fall 2017, has grown from selling cheesesteaks at the Harrisonburg Farmers Market and breweries to a brick-and-mortar location.

Urgie’s Cheesesteaks co-owner Tommy Urglavitch prepares an order at their Urgie’s Bar at the Carriage House in February.

Urgie’s Cheesesteaks co-owner Tommy Urglavitch takes an order at the newly opened Urgie’s Bar at the Carriage House on Tuesday.

HARRISONBURG — Look out Philadelphia cheesesteak slingers, Urgie’s Cheesesteaks is serving up the meanest sandwich in the state, and they mean business.

Harrisonburg’s very own Urgie’s Cheesesteaks won best food truck at Virginia’s Food Truck Battle and Beer Competition on Sunday at Augusta Expo in Fishersville. The first of many future competitions for the eatery, owner Steven Urglavitch said fans of the authentic dish trek thousands of miles to try their take on a classic.

“We’re finding more and more people from outside of Harrisonburg are traveling into town to try our cheesesteaks because it’s kind of a specialty item,” Steven Urglavitch said. “If anyone comes to town it’s from the tri-state area... they find out that there’s an authentic Philly cheesesteak joint, they’re gonna go try us out. There’s no doubt about it.”

Tommy Urglavitch is his brother’s business partner and came to the area in 2017 to kick-start their dining adventure — serving fresh, hot sandwiches from a mulch pit under a canopy tent. The brothers grew up in Philly making the staple dish together from early youth.

Since then, the pair have parked a mobile truck next to the restored carriage house on Water Street, which provides a local watering hole. Urgie’s preserves the Philly feel with an indoor bar space decked out in sports memorabilia and plenty of television screens that show NHL, NFL, NBA and MLB.

“The two things that we realized that are really lacking around here was a neighborhood bar and cheesesteaks, and we really wanted to figure out a way to incorporate both of them,” Steven Urglavitch said.

At the recent food truck competition, Urgie’s Cheesesteaks won with over a three-quarter majority against competitors in their zone as judged by VIP ticket holders. Justin Hershey, chef-partner and owner of Chicano Boy Taco, was among the final panel of judges at the festival and said the eatery was a clear winner.

“It was the one item in which we all kept going back and wanting to eat. It was the one that we actually finished. We all kinda landed on (Urgie’s),” Hershey said. “Delicious is delicious… they do all the things right.”

On the local level, Urgie’s recently scored a big advertisement campaign with James Madison University and sponsors the university’s football, basketball, baseball and softball teams. For the next few years, every first down at JMU football games will be celebrated with the cheer “Urgie’s Cheesesteaks first down — JMU Dukes.”

Harrisonburg resident Richard Hanley Jr., a self-proclaimed Philly cheesesteak expert, first visited the cheesesteak joint when it was still a tent operation. He said Urgie’s products line up with the flavor of big name cheesesteak places up North.

“If you know of Pat’s, Geno’s or Jim’s — as far as I’m concerned, right up there with them. It’s super authentic,” Hanley said.

The Urglavitch brothers have big plans for the future which include competing against the top cheesesteak players in Philadelphia and opening a second location in 2020.

Urgie’s cheesesteaks are served with aged black Angus sirloin topped with all fresh produce and seasoned with “Yummy Dust” — a housemade concoction from a variety of salt spices finely mixed into powder. The sandwiches are loaded on flash-frozen loaves of Liscio’s rolls shipped from the Philadelphia area.

Tommy Urglavitch said the dedication to consistently serving a quality product is what sets them above the famous names in Philly.

“Typically up there… you got this frozen, processed slab of rib-eye that’s 20% salt, 80% water and then you slap it on there, it tastes like a steak. And then they just throw their cheese on because again it’s a mass production thing,” Tommy Urglavitch said. “Every single one of ours are made to order.”

Cheesesteak not your style? The menu also includes funnel cake fries, whiz cheese fries and pierogies. Not limiting quality to only the food, the full bar’s fan favorite is the sangria — every order is handmade and finished with fresh fruit.

Urgie’s Cheesesteaks will serve classic menu items from their mobile tent operation at the International Festival on Sept. 28 and the Harrisonburg Downtown Renaissance Halloween event.