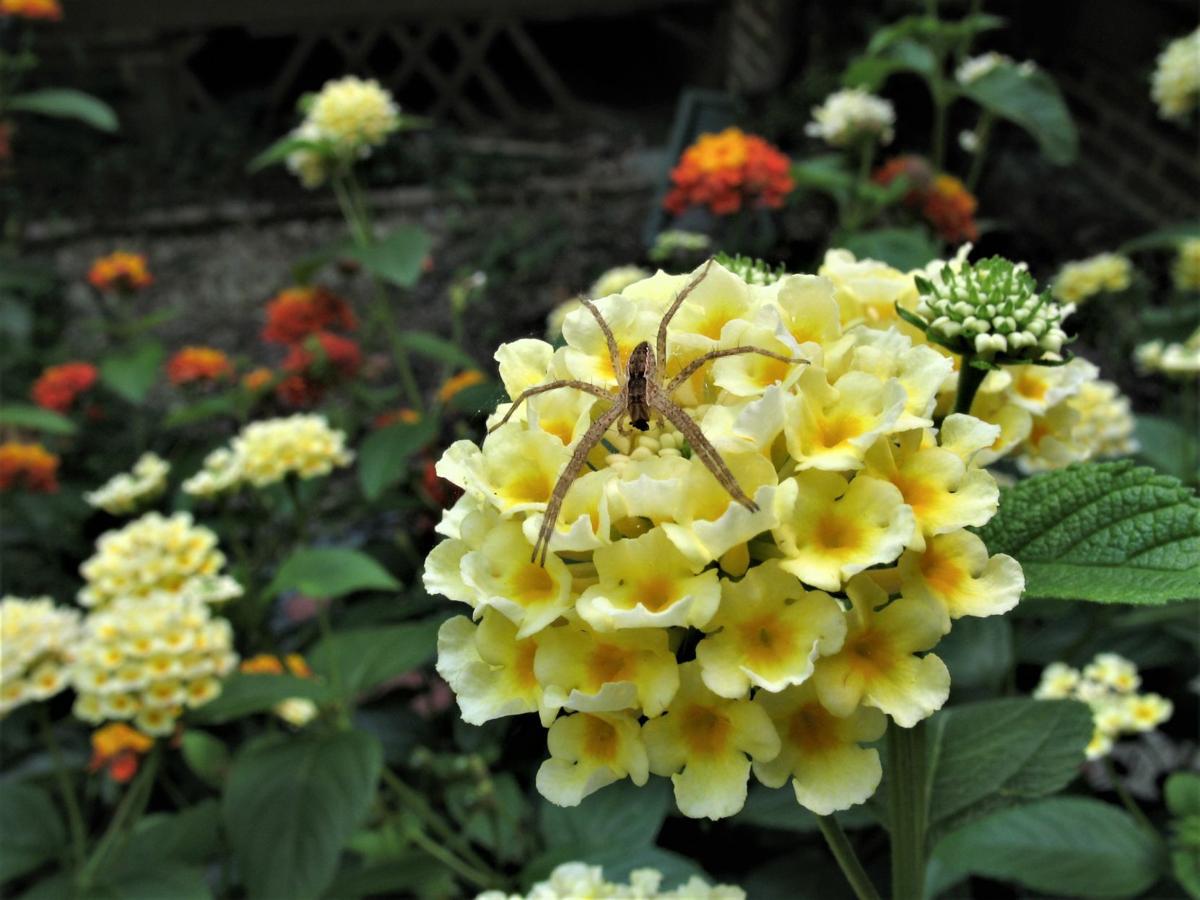 A nursery web spider hunts upon a potted lantana by the author’s driveway. A female will carry around her egg sac until the young are about to hatch, at which time she builds a nursery web “tent” for them. She’ll guard her spiderlings until they go through their first molt. 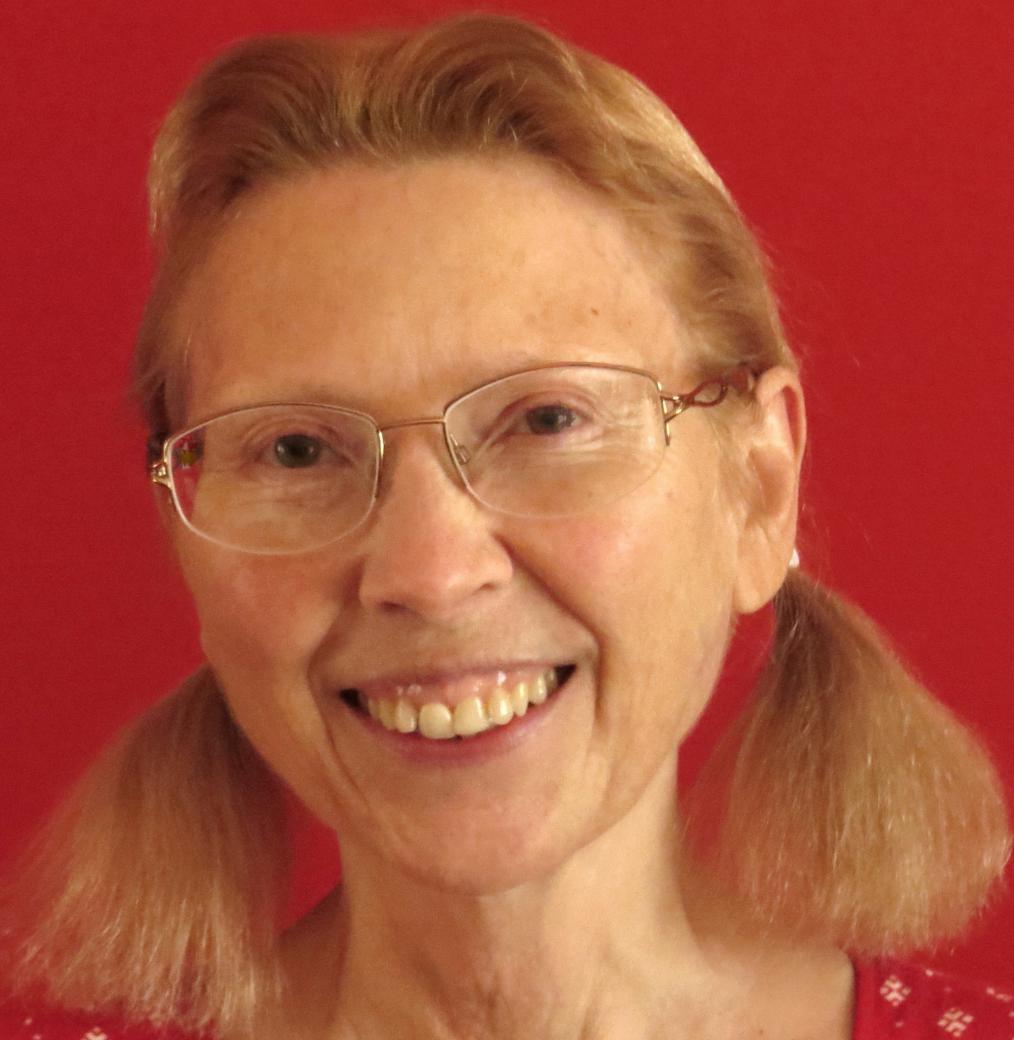 There are so many excellent cultivated flowers (those that are planted by humans and would probably not occur naturally) that serve wildlife well that I wanted to continue the discussion from last month’s column.

Love-lies-bleeding (Amaranthus spp.) makes seeds that finches love, but of course, you must resist the urge to clean up the garden. Instead, leave these dried plants in place to feed birds throughout fall and winter. Petunias (Petunia spp.) are especially good nectar sources for Ruby-throated Hummingbirds. Cosmos (Cosmos spp.) flowers are popular in American gardens and especially popular with American Goldfinches that sometimes take the seeds while they are still green. Flowering Tobacco (Nicotiana spp.) is one of my favorite plants, and it’s a favorite of hummingbirds as well.

Spiderflower (Cleome spinosa) lures bees and hummingbirds to its blooms during the day and sphinx moths at night. If you watch around dusk, you may be lucky enough to observe these large moths paying a visit. The first time that you see one, you might think it’s a hummingbird! Mourning Doves eat Cleome seeds that are contained in spidery looking seed pods; hence, the common name of this plant.

Lantana (Lantana camara) is a woody flowering plant that does well in a pot. Its blooms often appear in a variety of colors simultaneously. My favorite kind shows yellow, red, and orange hues, or varying shades thereof. The assortment of colors lets insects know which blooms have been pollinated and thus contain no more nectar for them. It’s been shown that butterflies learn to recognize this situation and do not waste time visiting the nectar-less blooms. I originally grew this plant to attract Ruby-throated Hummingbirds, but it quickly became apparent that it also served as a magnet for bees, butterflies, and moths.

Milkweeds are essential to the existence of the Monarch butterfly whose caterpillars eat the leaves. You may know that these “cats” ingest a poisonous substance from the milky juice of milkweeds, and that these heart poisons sicken birds and other vertebrates when they prey upon Monarch larvae or adults. As a result, such predators quickly learn to avoid Monarchs and this minimizes predation upon them.

However, not all milkweeds are created equal. Many gardeners prefer to grow the small orange-blossomed native milkweed known as Butterfly Weed (Asclepias tuberosa), rather than the much larger Common Milkweed (Asclepias syriaca). But, only certain Asclepias plants contain large amounts of poison, and Butterfly Weed isn’t one of them. Break a stem and you will see that its juices run clear, meanings it produces relatively nonpoisonous adult Monarchs that are then at increased risk of predation. It is much better for these butterflies if you can grow Common Milkweed.

I’ve mentioned only insects and birds that benefit from the preceding list of flowers, but remember that many other kinds of animals benefit by preying upon these nectar-seeking organisms (and yes, these critters should be welcomed to prevent overpopulations) or by using the plants for cover as they move about the yard.

Marlene A. Condon is the author/photographer of The Nature-friendly Garden: Creating a Backyard Haven for Plants, Wildlife, and People (Stackpole Books; information at www.marlenecondon.com). You can read her blog at https://InDefenseofNature.blogspot.com