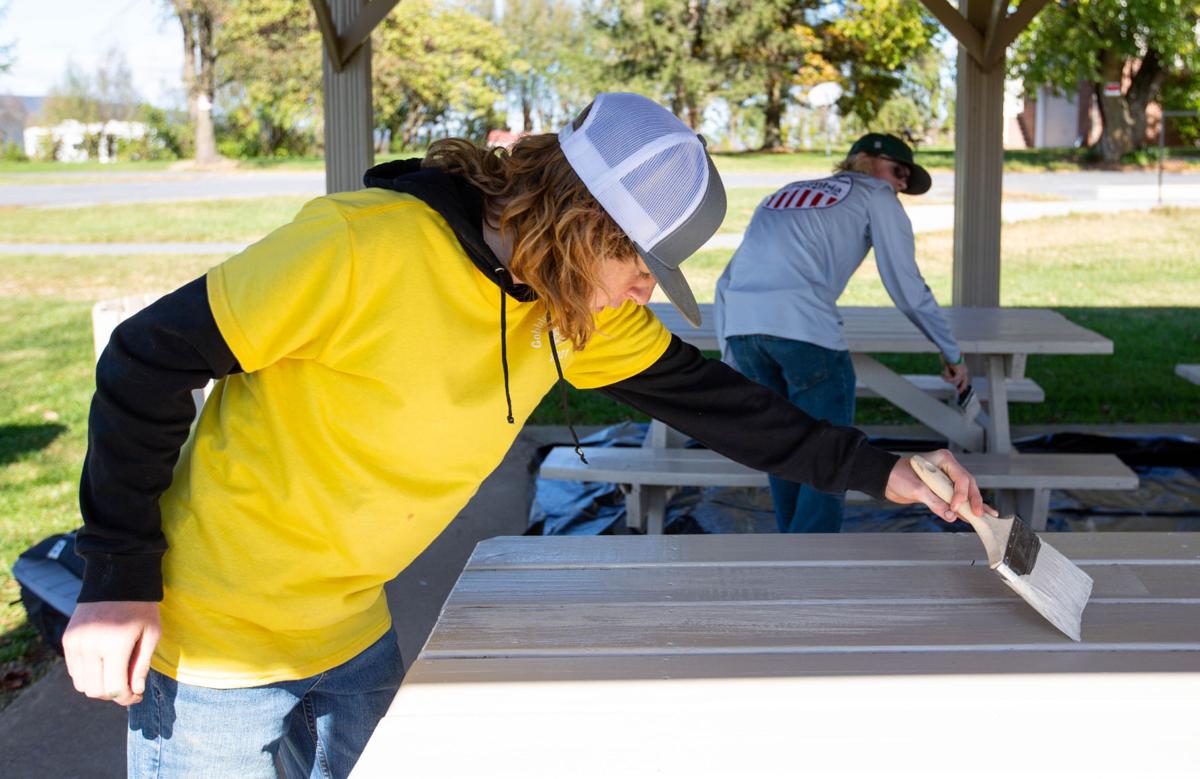 Broadway High School freshman Taylor Showalter paints a picnic table at Broadway Community Park during the school’s Give Back Day on Friday. 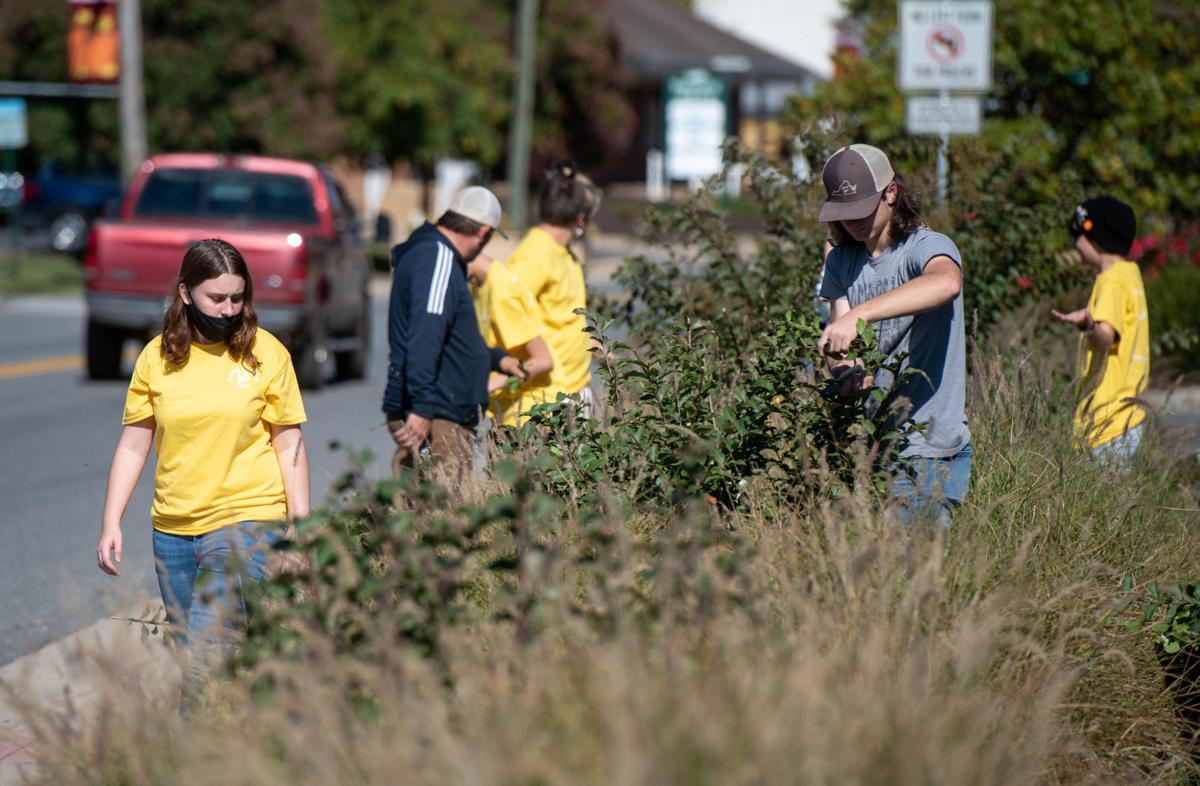 Broadway High School students clean up the garden at the Broadway Farmer’s Market during their Give Back Day on Friday. 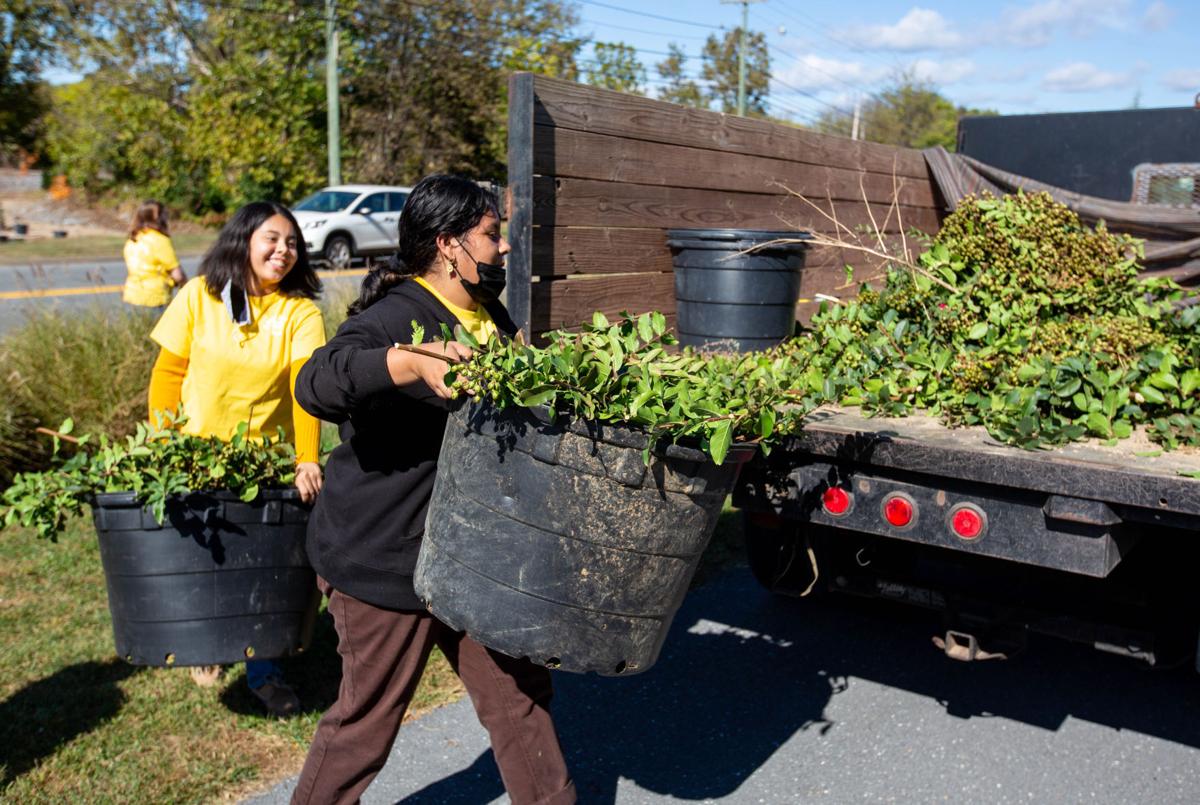 Broadway High School sophomores Sheyla Nava-Sanchez, center, and Vanessa Ramirez Santibanez remove clippings from the garden at the Broadway Farmer’s Market during the school’s Give Back Day on Friday. 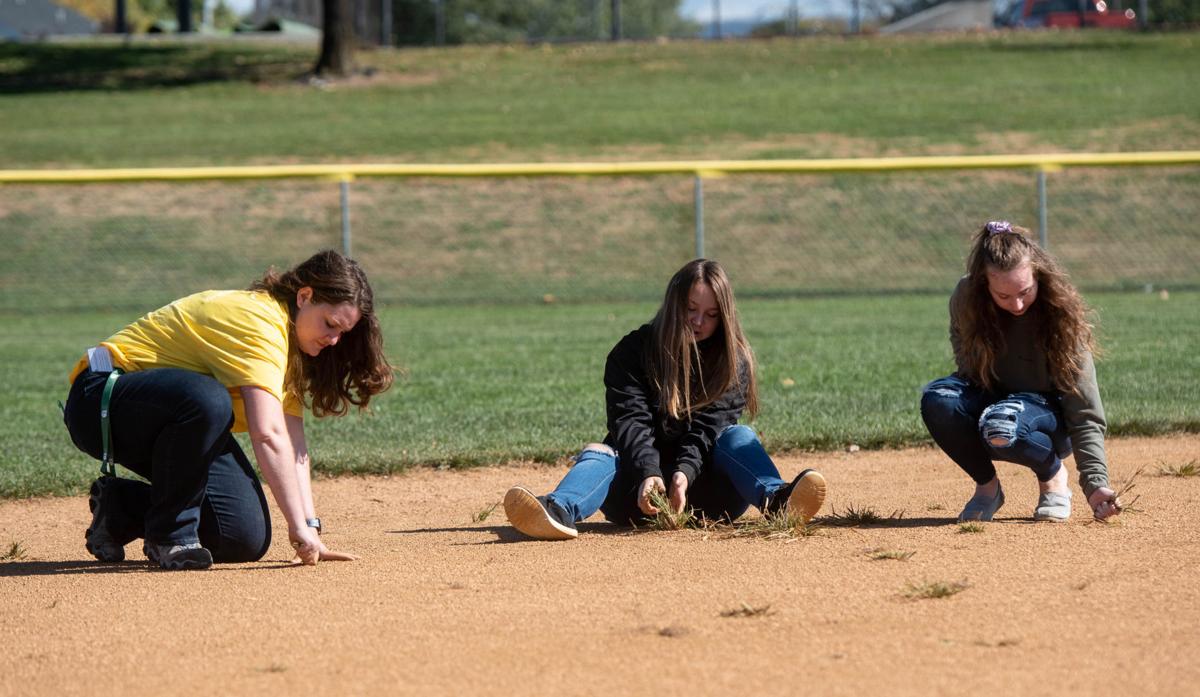 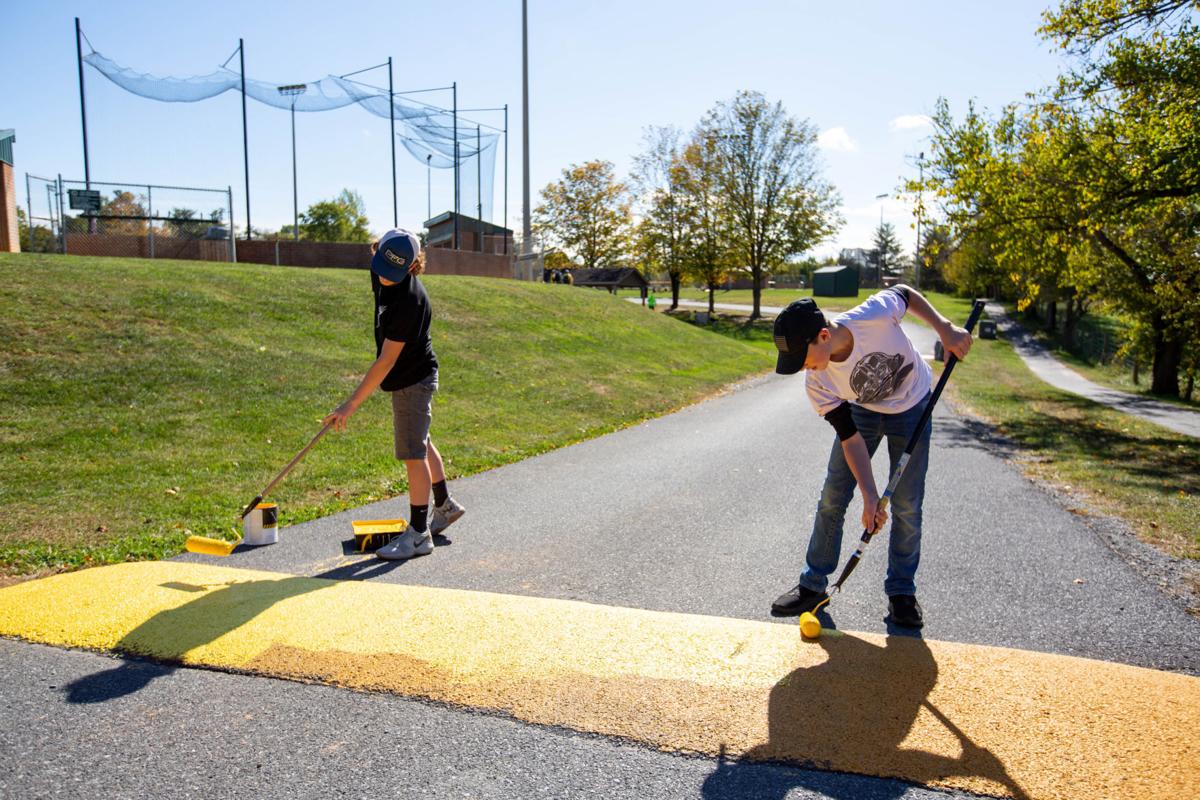 Broadway High School freshman Taylor Showalter paints a picnic table at Broadway Community Park during the school’s Give Back Day on Friday.

Broadway High School students clean up the garden at the Broadway Farmer’s Market during their Give Back Day on Friday.

Broadway High School sophomores Sheyla Nava-Sanchez, center, and Vanessa Ramirez Santibanez remove clippings from the garden at the Broadway Farmer’s Market during the school’s Give Back Day on Friday.

It was Thursday night, the day before the second Gobbler Give Back for Broadway High School, and Mallory Cromer and a few of her students were cranking out the last of the T-shirts for the event.

Cromer and BHS junior Mackenna Campbell were operating two T-shirt presses in their effort to create about 700 themed shirts. One press could crank out a shirt every 90 seconds.

Cromer, the marketing and business teacher at BHS, did the math. At 700 shirts and 90 seconds per shirt, it would take 17.5 hours to complete them all with only one press. Fortunately they had two, and they were approaching the final few boxes.

But then the handle of the press broke. And Campbell and Cromer were suddenly picturing an all-nighter to get the shirts done in time. After the hours they had already put in, this task seemed too daunting, Cromer said.

“I took the press to the Broadway [Future Farmers of America] advisor and told him, ‘you have to fix this,’” Cromer said.

But it was an ominous way to end the day before the school’s big event, which saw 65% of students going out into their community to complete projects and logging thousands of hours of service.

Fortunately, the T-shirt fiasco of 2021 was the worst thing that happened Friday for Broadway High School’s second Gobbler Give Back Day.

The event first took place during the 2018-2019 school year after Cromer mentioned to Assistant Principal Jennifer Knick that she was looking for a project that would get her DECA students into the community and would also qualify them to enter their project into a state-wide competition. DECA is a national club that encourages the development of business and leadership skills through academic conferences and competitions.

“I knew that [Turner Ashby] had done it and that we could do it on a bigger and better scale,” Knick said.

It made sense to Cromer as well, who said the Broadway community is “astounding” with its willingness to step up and support the Broadway schools through sponsorships and more.

“They are always donating their time and support to help us,” Cromer said.

Beginning in September, Campbell, who is the vice president of the DECA chapter at BHS, began calling businesses and organizations to ask if they had any needs the students of BHS could meet.

The list of projects that eventually was compiled was extensive. On Friday, students went everywhere from Blue Ribbon Nursery, to John Kline House, to Fulks Run Ruritan Park, a number of area elementary and middle schools, to Broadway Park Baseball Field, to Camp Still Meadows and to Virginia Mennonite Retirement Community.

Students who chose not to participate completed lessons from the online portal Schoology.

“We only had to put out a few fires,” Cromer said of the day. “Mostly it’s been wonderful and students have really enjoyed going out into the community.”