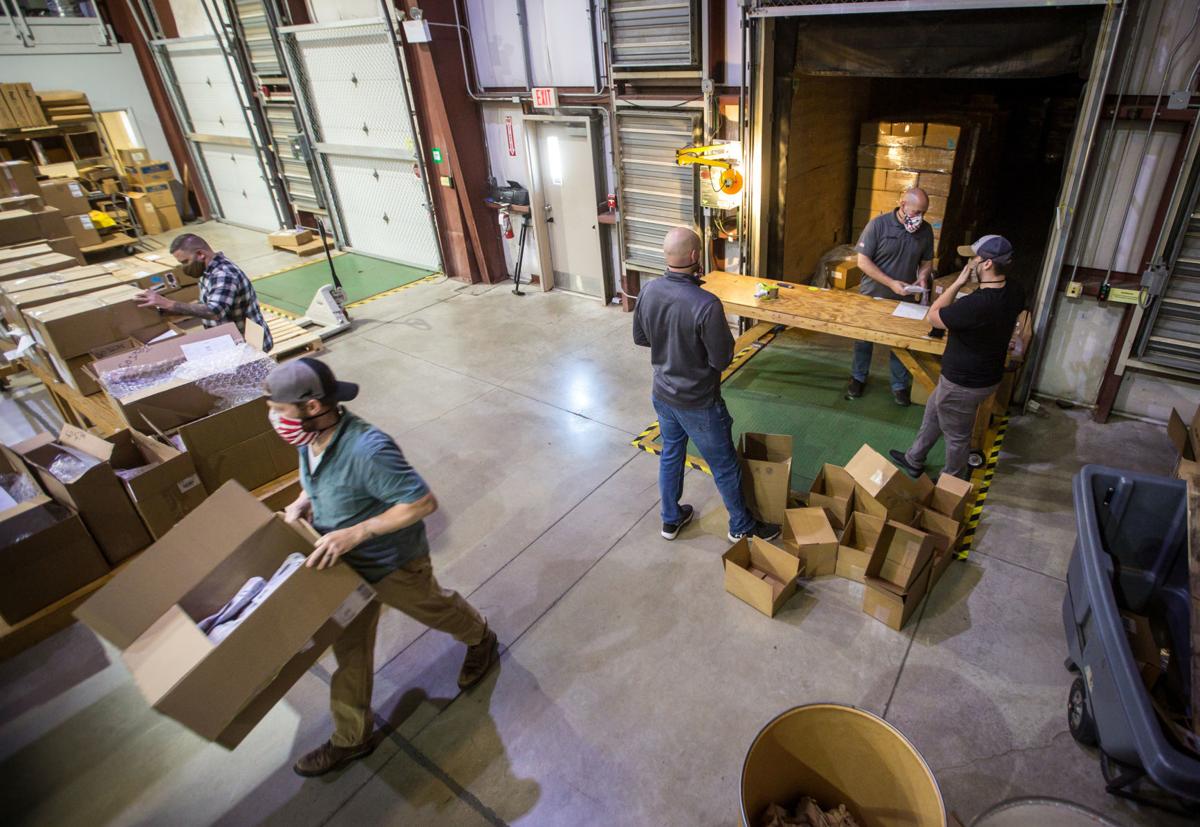 TSSI employees fill customer orders of KN95 masks and other PPE in their warehouse Wednesday. 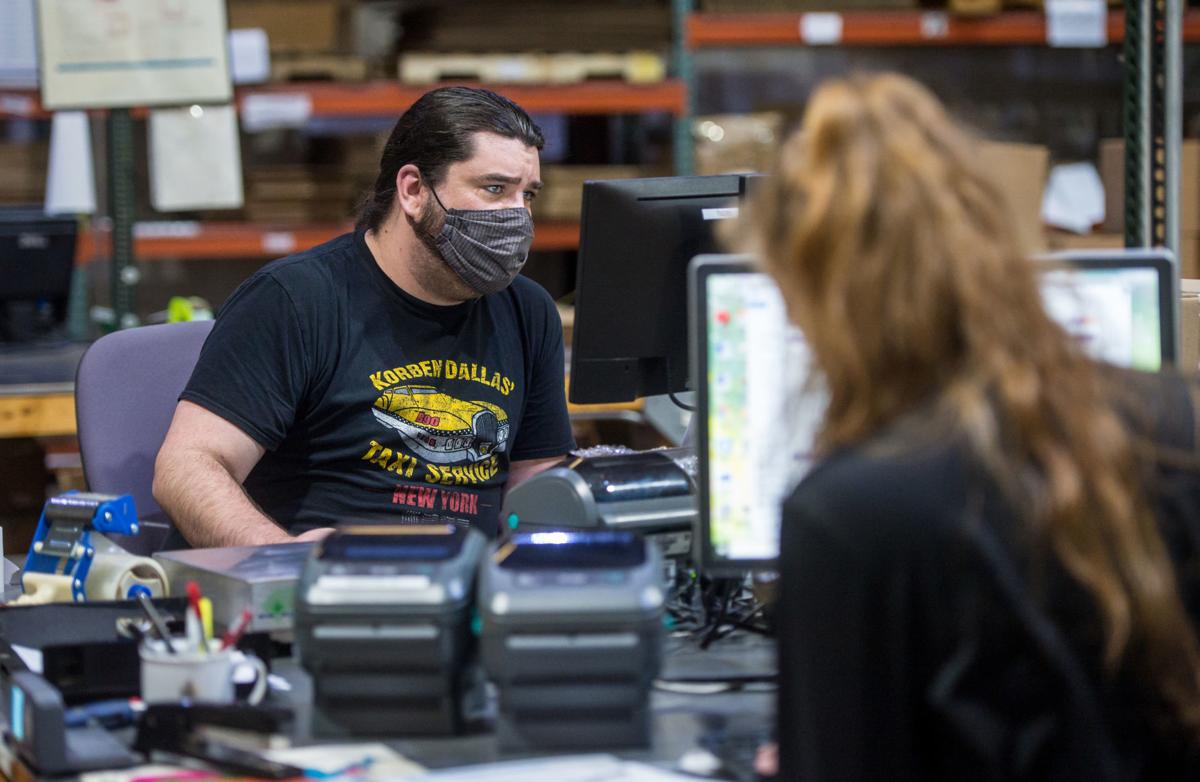 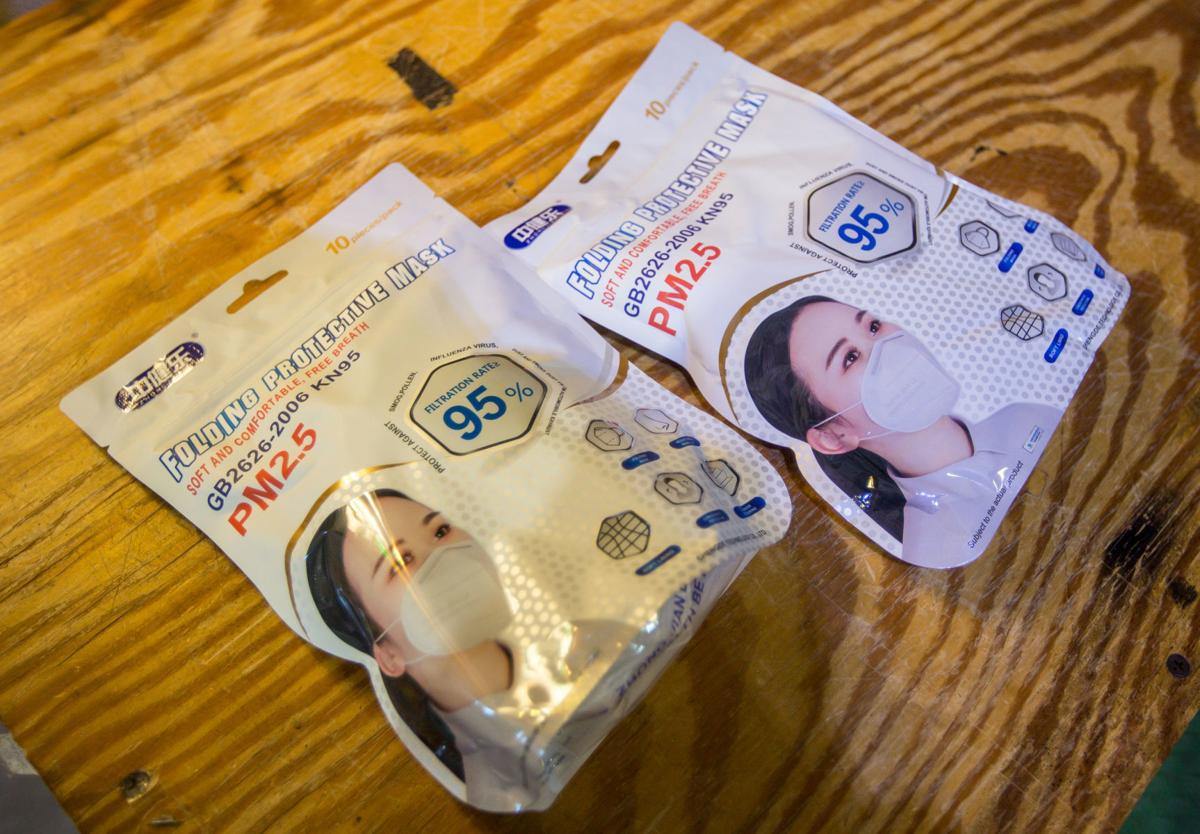 As a truck pulled into TSSI Inc. on Wednesday, staff was excited. Not for the simple arrival of a tractor trailer, but about what was inside.

“It was like Christmas this morning,” said Kristi Strang, vice president of vendor relations.

Within the trailer was 500,000 KN95 masks the company ordered weeks ago, which finally found their way stateside from China.

Over one in 10 of the masks will go to roughly 30 local organizations, including nursing homes, first responders and nonprofits, Strang said.

“This is exciting because we are able to help out local businesses and organizations outside of the police departments and first responders we typically work with,” she said.

Though staff set to work preparing the masks for shipment to customers, the delivery of the masks to TSSI was late by nearly two months.

“We’re nine weeks from the day we started this,” said Bill Strang, founder, CEO and president of TSSI as well as father of Kristi. “We were told this stuff would be here two weeks after we ordered it.”

Bill Strang said TSSI had to prepay the U.S. suppliers as well as the Chinese suppliers.

The company ordered over a million KN95 masks, as well as 7,000 gallons of hand sanitizer, according to Kristi Strang said.

She said once the products get through customs, there are no more logistical barriers to delivery.

“The issues with the back-up were really getting them out of China, because the U.S. and China were going back and forth on the rules and regulations and what was OK on packaging and what wasn’t,” she said, adding that politics had played a key role in the delaying the much-needed supplies.

On May 7, the FDA banned KN95 masks from 65 foreign manufacturers after they were deemed ineffective in protecting wearers from COVID-19, according to a document from the government administration.

Kristi Strang said many PPE products are coming from China by chartered flight and the prices have risen rapidly from under $1 per kilo before the COVID-19 pandemic to now roughly $30 per kilo.

“It really has been a logistical nightmare to get everything over,” she said.

The remaining masks from the order should be arriving shortly and the hand sanitizer had already come and left TSSI by Wednesday morning, Kristi Strang said

“The hand sanitizer has been the easiest to source because we’re not sourcing that from China,” she said.

Kristi Strang said most of the hand sanitizer TSSI has gotten is from Mexico, but they have also received product from local distillers, such as Belmont Farms Distillery in Culpeper, which has retooled to make hand sanitizer instead of liquor.

She said many of TSSI’s suppliers have also been retooling to provide necessities to tackle the pandemic.

“What most people are a doing may be body armor, or clothing, but now they’ve changed their operations over to make masks and face shields and different things like that,” Kristi Strang said.

The company is also expecting to receive half a million isolation gowns for hospitals, she said.

“Those are mostly going to [Veterans Affairs] hospitals all around the country, but we also do have some local customers who have taken advantage of it as well,” she said.

The challenges TSSI has faced in procuring theses essentials has emphasized the need for American manufacturing of necessities, to avoid future issues such as the hurdles that had to be overcome to get the masks to the Valley, according to Kristi Strang.

“We do really need to focus on making U.S. manufacturing a priority,” she said.