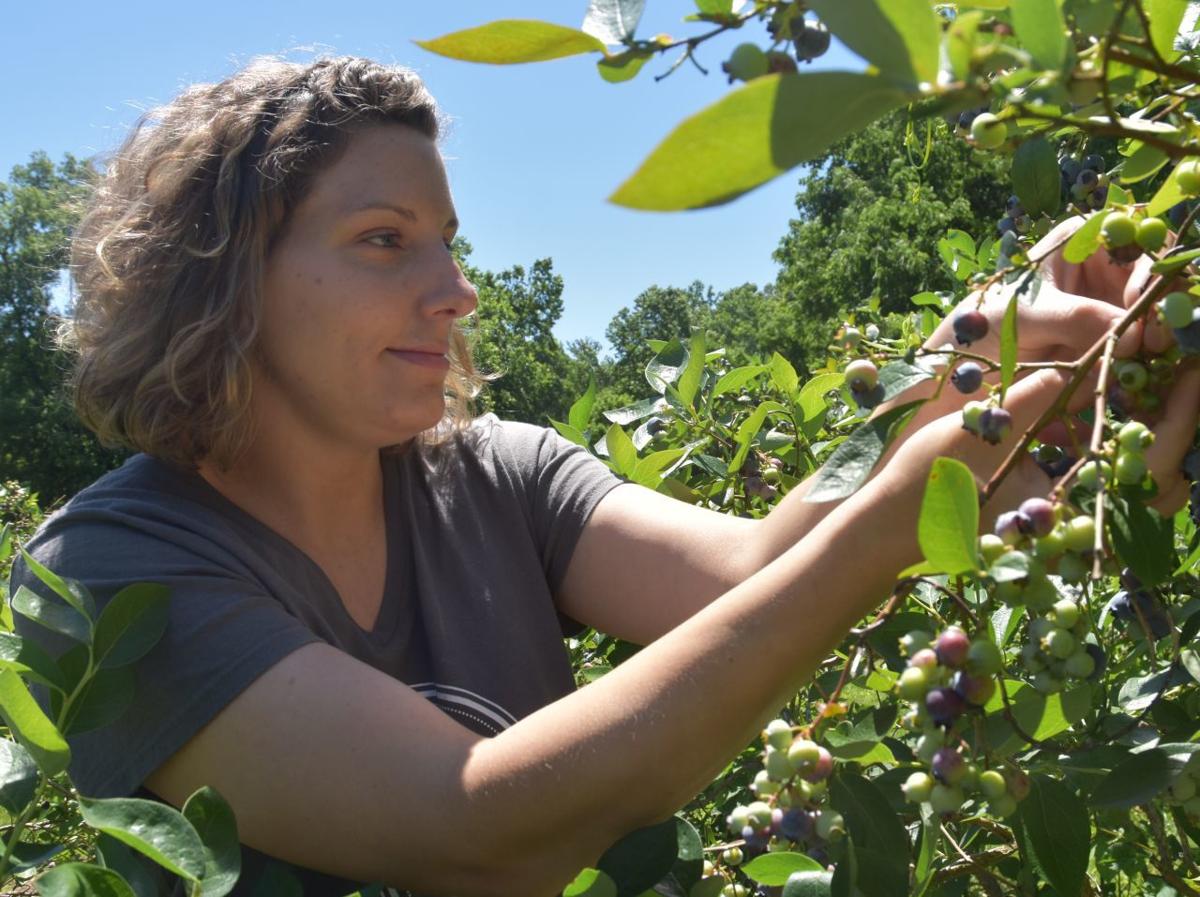 Haley Coloso picks blueberries from a bush at her family's Hobbit Hill Farm in Rockingham County. 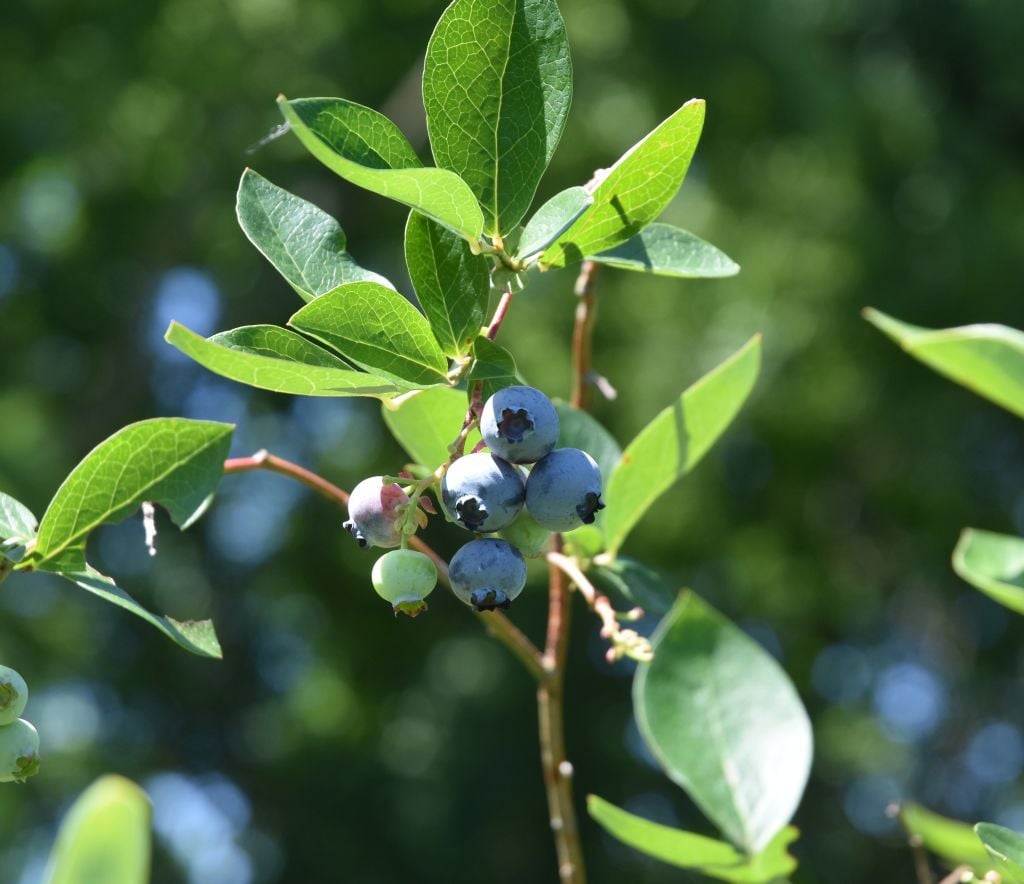 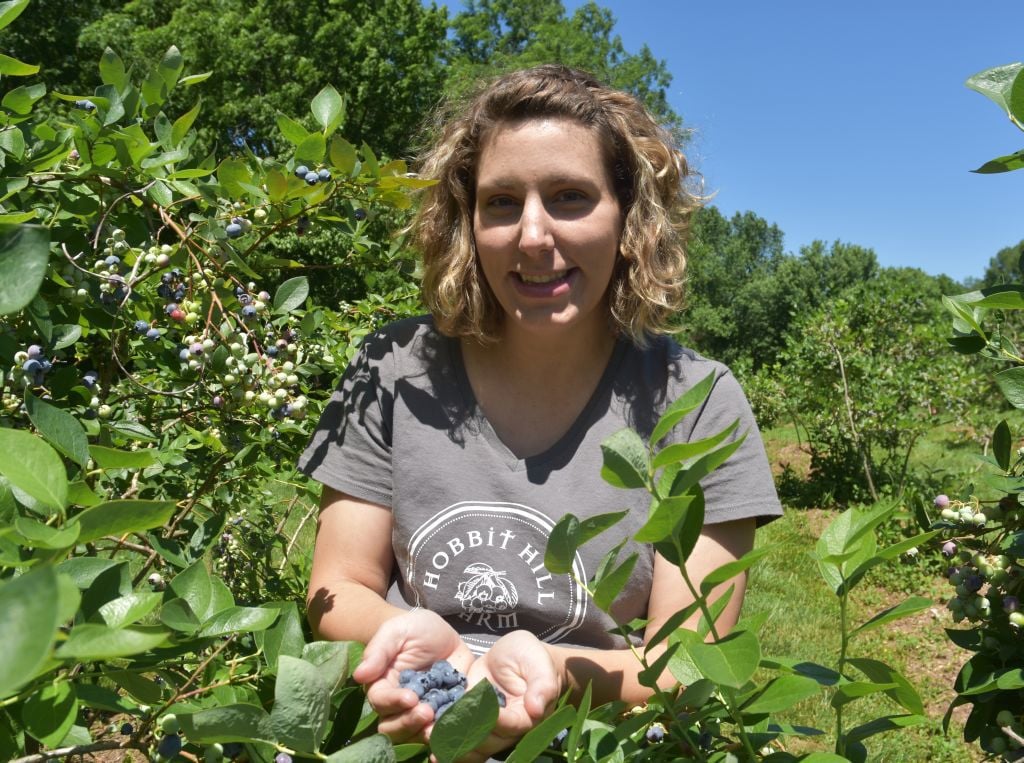 Haley Coloso picks blueberries from a bush at her family's Hobbit Hill Farm in Rockingham County.

Pulling into the gravel lot of a campground in Maine, Tom Pack still remembers the stone, log house awaiting guests at the park’s entrance and the woman selling her fresh blueberry pie, crafted with wild fruit picked from nearby woods. Gooey, tart and sweet — Pack said the scrumptious treat planted a seed that would, decades later, lead to the sowing of hundreds.

Long gone are the pitched tents and campfire embers, but Pack carried that passion for blueberries to start his own organic blueberry farm in Mount Crawford, Hobbit Hill Farm, that he now runs with his family.

“If you ever pick a handful of organic blueberries off the plant and just pop them in your mouth, it is a tremendously better-tasting experience than any blueberries you buy almost anywhere. … It is really just a tasty treat,” Pack said.

Pack said blueberries are not incredibly common in the Shenandoah Valley due to its preference of acidic soils and short season, but picking season still draws crowds to U-pick farms.

Blueberries are more than a tasty snack or source of antioxidants for the Hobbit Hill family, the bushes are practically family heirlooms. A few years ago, Pack’s daughter, Haley Coloso, returned to the farm to help her parents rebrand and grow the business, opening it up as a U-pick farm for two weeks each year for the past three years.

“I just fell in love with working in the blueberry patch and growing them. I really love that they are something you can tend to year after year and see, literally, the fruits of your labor,” Coloso said.

As warmer weather picks up, blueberry season is around the corner, and pick-your-own (U-pick) farms are adopting several methods to maintain social distancing with high hopes that customers and tasty, plump fruit will both be in abundance come June.

While every industry is being hit by the COVID-19 pandemic’s forced limitation on gatherings and outdoor adventures, farms faced a triple-whammy this year with an additionally mild winter and chilly spring.

Along with April showers arrived strawberry season, and an article from the Virginia Farm Bureau stated record-breaking turnouts across the commonwealth as families gathered for early spring activities.

Michael Wallace, of Virginia Department of Agriculture and Consumer Services, said strawberry season was a hit across the state with some regions such as the tidewater area experiencing an early season.

“Safe ways to get their families out, get some fresh air, take in the scenery and enjoy the afternoon in a strawberry patch,” he said.

Treading across rows of crops naturally lends to maintaining a distance between people, so some U-pick farms are adopting minimal policies during the pandemic.

Ratliff Tree Farm in Timberville has more than 950 blueberry plants in rows 10-feet apart for guests to scamper through and pick berries themselves or order pre-picked and packaged starting in July. In past years, the farm had a stand at the Broadway Farmers Market, but owner Delmas Ratliff said the farm is extending its hours to allow for picking Monday through Saturday, or orders will be available for pick-up at the farm instead of the market to minimize crowd interactions.

Visitors on the farm will carry a picking bucket to hang around their necks, which will be sterilized between each customer. Ratliff said the low spring temperatures did not impact his plants, and he expects visits will be above average come picking season.

“Everything looks really good. There’s lots of berries on the plants and there was warm weather, too, which helps it grow and we’ve had lots of rain, so it looks fine. The cold weather didn’t hurt us at all,” Ratliff said. “With kids out of school and people being home, they want to get out and have something to do, and this is a wonderful thing to do with friends and family.”

Blueberries are common to colder climates such as the Northeast and are tolerant of frost while in bloom, but once the fruit begins to sprout on the plant, it becomes more vulnerable.

Hickory Hill Farm in Keezletown was hit hard by this year’s late frost season. Field manager Grant Bentz, who oversees production of blueberries, said the farm nearly hit a low of 23 degrees on May 9, a threat to the crops unseen since the late 90s.

“The earliest berries were the largest and they suffered the most. Thankfully, it looks like some mid-season and late crops will be producing some,” Bentz said. “It’s very hard to get a feel of what crop size will be like at this stage.”

Virginia is not known for its clean transitions between seasons, but Bentz said a bad season normally meant loss of 30% fruit and this year may render half the harvest lost. Blueberries are Hickory Hill Farm’s main form of sales, so Bentz said the family is looking into alternative means of using the fruit destroyed by the hard freeze, such as in juices or to make fruit leather.

Cherries are also on the verge of being ready for harvest, and Carroll Ryan, of Ryan’s Fruit Market, said two-thirds of the crop survived the winter and were pollinated, and he expects the orchard will be a popular past time for families and friends looking to spend time outside.

“I suspect that probably through the season, it’s going to be a little more activity here local than what it is normally because of this, but I don’t know that,” Ryan said.

This season, Hobbit Hill Farm is requiring reservations be made in groups of four at maximum with a cap at 15 groups on the farm at a time and a minimum 4-pint purchase per group with containers provided for picking and transporting home.

The last three or four years brought heavy rains and harvest season earlier than normal, and this year’s late frost is pushing back farm’s opening dates, so there is no telling what this season will bring, but Pack is looking to the horizons with optimism.

“We have had amazing seasons the last couple of years. … We’ve been getting real good rains again, and this spring seems to be maybe a little bit cooler than last spring, so the season might start a few days later than it did last year. I think we’re going to be loaded with big, juicy, plump, super good blueberries,” Pack said. “I think they’re going to be just fine.”