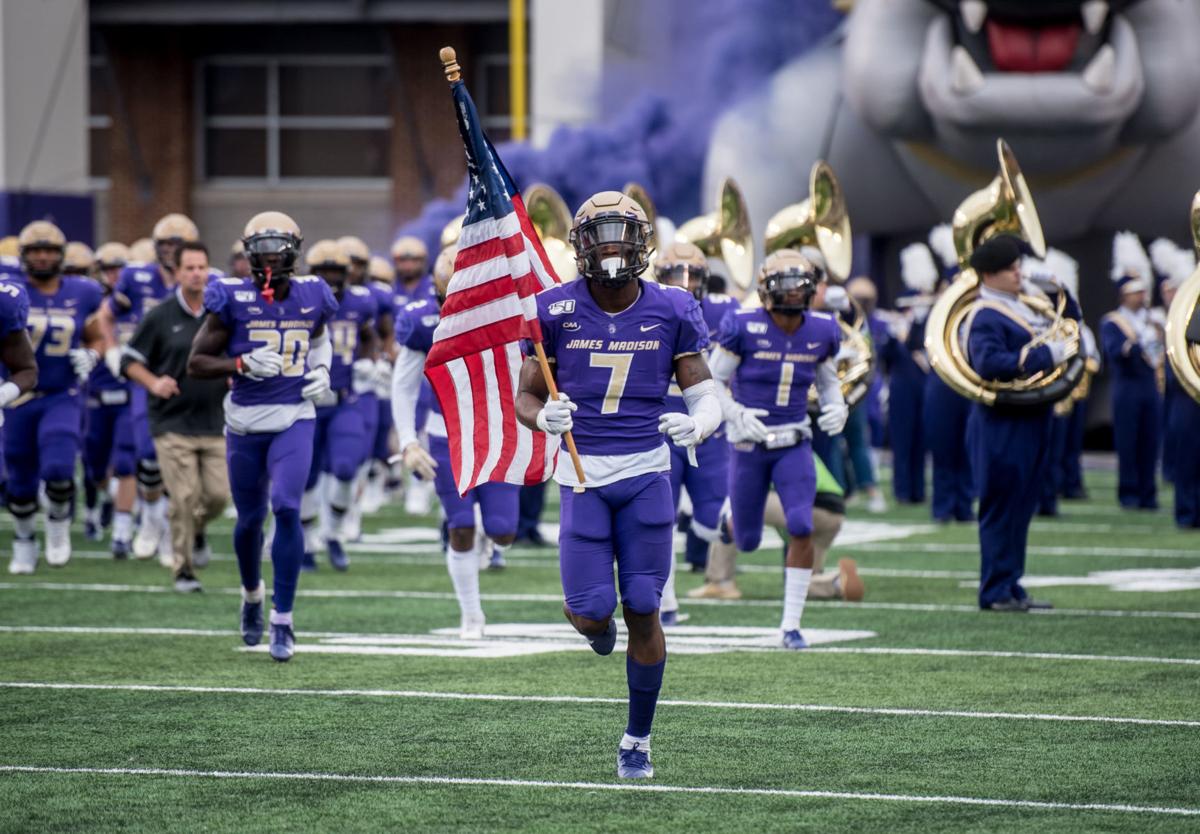 James Madison takes the field at Bridgeforth Stadium prior to its win over Towson this past October. 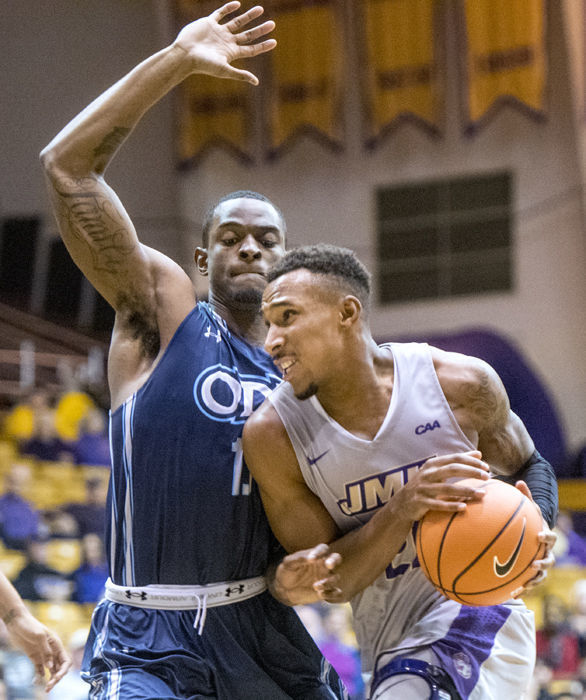 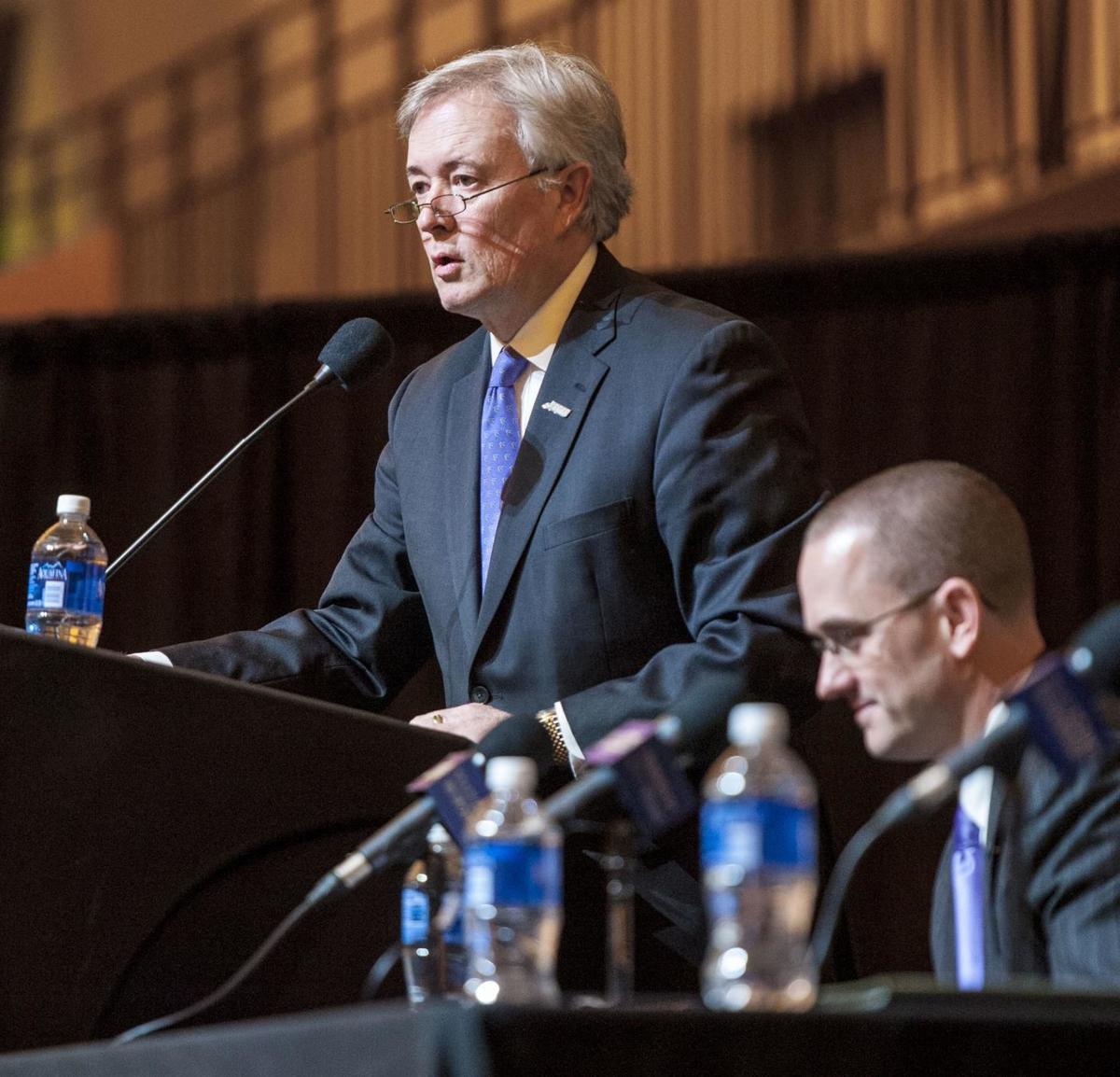 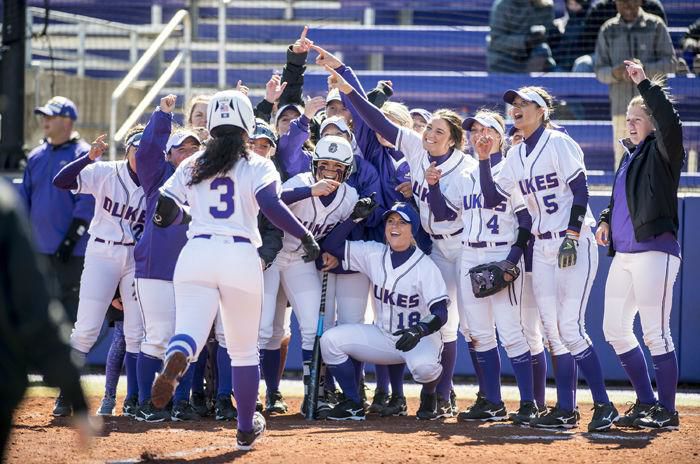 James Madison takes the field at Bridgeforth Stadium prior to its win over Towson this past October.

There were already monetary issues for mid-major athletic programs across the country.

The financial ramifications of the coronavirus pandemic have only heightened those problems, forcing administrators to seek solutions sooner rather than later. The most drastic consideration, according to athletic directors who spoke to the Daily News-Record, comes in the form of geographical realignment to help slice travel costs.

“I don’t think Old Dominion is an isolated case,” James Madison athletic director Jeff Bourne told the Daily News-Record in regard to a report published by The Virginian-Pilot detailing the Monarchs’ bleak economic situation.

“I think if we would go through and do a polling of most Group of Five institutions and maybe even some of the Power Five institutions,” Bourne said about possible realignment, “they would find themselves in a similar spot and they would say, ‘Are there things we should attempt to look at doing a different way?’

“I’ve heard through the grapevine – and this is nothing at a guaranteed level and only among what I will say are [from] some of the more prominent thought minds out in the world in intercollegiate sport – that there’s now a ramped up discussion that’s starting to occur with regard to what this could mean down the road for intercollegiate sports and what it could mean for a various number of leagues if not all of them. So I think it is an astute observation and sounds like to me those wheels are already starting to turn," Bourne added.

Athletic directors are willing to explore this for numerous reasons, they said.

Since COVID-19 brought the sports world to a screeching halt last month:

• Administrators at various schools are preparing for a steep decrease in revenue due to the cancellation of the March Madness men’s basketball tournament, which cost the NCAA $867 million, and expected dips in ticket sales and donations.

• An independent study commissioned by Old Dominion that led to the shuttering of the Monarchs’ wrestling program and provided an analysis that membership in Conference USA costs the athletic department “a minimum of $2 million annually.” The same study concluded ODU must make a decision on conference membership to reduce travel expenses, cut down missed class time and generate more fan interest.

• Cincinnati dropped its men’s soccer program, which had been in existence since 1973, on Tuesday.

• Also Tuesday, Yahoo! Sports reported Group of Five FBS schools sent a letter to NCAA president Mark Emmert asking for “temporary relief from several regulatory requirements for a period of up to four years,” including the minimum number of sports required to be sponsored by a school to compete at the FBS level.

• Multiple athletic directors expressed a need to regionalize their schedules for non-revenue sports.

• Yahoo! Sports also reported some leagues, such as the American Athletic Conference, were considering eliminating conference tournaments for non-revenue sports as a cost-cutting measure.

“We do a lot of work and a lot of analysis back behind the scenes on,” Bourne said, “for lack of a better term, I’ll call them the ‘What if scenarios.’ What would it look like if we were aligned in a different way? Maybe to include the FBS conferences or to go FBS or we stay where we are and we realign, so there’s a constant observation analysis that goes on. We just don’t make that public because people will think, ‘Oh you’re going to make a move, you’re going to change,’ but we consider that part of a good practice for knowing where we are.”

While some conferences have admitted to considering dropping postseason championships for sports outside of football, CAA commissioner Joe D’Antonio said his league was not yet in such dire straits and said his predecessor Tom Yeager had a lot to do with that.

“We’re in a very fortunate position right now from a conference office standpoint,” D’Antonio said. “Credit to Commissioner Yeager, his leadership, his staff, in establishing a reserve account for the conference. One of the primary things we do is we run our championships. A good portion of our expenses from a conference office standpoint goes into running championships. We are solvent in a way that we certainly could run all of our championships if that is how the membership feels we should be proceeding forward. But there are a myriad of decisions that need to be made before we even get to that point.”

D’Antonio said his conference office is always forecasting potential scenarios that would spark change in the outlook of the conference. Among them is potential realignment, whether that means welcoming schools in need of a new home or having one of its current members — such as JMU — seek other options.

“We are constantly looking at and analyzing scenarios and matters associated with membership,” D’Antonio said. “If we weren’t doing that, or if I wasn’t involving our [athletic directors] in those conversations we wouldn’t be doing our job to serve our membership in the right way. That’s something we are constantly monitoring and will continue to monitor if scenarios are realized that would have us to have greater conversation on the topic than we would normally be having.

“The fact that JMU could be looking to do something like that isn’t necessarily secretive. Whether or not it is reality will remain to be seen going forward. But those are things we are constantly thinking about and analyzing as we discuss issues going forward with membership.”

JMU assistant athletic director for communications Kevin Warner said the athletic department regularly completes in-house evaluations of what its situation would look like across all 18 sponsored sports should the school make a move to another conference.

JMU is in the middle of the CAA and the CAA Football geographic footprint, but William & Mary is the only in-state foe of the Dukes participating in all sports. And on the CAA Football side, JMU, which has reached the FCS national championship game in three of the past four years, and its fan base may feel like they’re currently closer to having a rivalry with North Dakota State than they are the Tribe or Richmond because those two commonwealth opponents haven’t been competitive recently.

JMU has played in two national championship games and a national semifinal against North Dakota State over the last four seasons while during the same span has combined to go 8-0 against William & Mary and Richmond, outscoring the two programs 344-120 in those contests.

In C-USA, Old Dominion is the only school from Virginia in the conference. The same could be said about East Carolina as the only North Carolina school in the AAC.

“It certainly affects different schools at different levels,” East Carolina athletic director Jon Gilbert said. “I think the TV networks obviously would want to hold the conference alignment as they are for football and men’s and women’s basketball. But I think it is time to discuss that every other sport go to a regional-type format where we are playing schools that are close to us. Our athletes could play a lot of schools on a road trip that takes place maybe even in the same day, and I think those are discussions we should start having in earnest.”

“Right now, we’re saying no to interview requests,” ODU assistant athletic director Eric Bohannon said. “The reason is to avoid further speculation. When we have more confirmed plans of what will come out of this, we’ll be glad to have Wood do interviews.”

Coastal Carolina is the only South Carolina school and Appalachian State the only North Carolina school in the Sun Belt while Liberty University is an FBS Independent in football, but the only Virginia school for all other sports in the Atlantic Sun. Those three states are home to numerous mid-major programs.

“It is difficult to forecast whether the COVID-19 virus pandemic could trigger conference realignment,” Liberty athletic director Ian McCaw said in an email. “There is tension within some Group of Five conferences that are widely spread out geographically. I suspect that after the pandemic subsides there will be a strong desire to regionalize competition, limit travel and reduce expenses, while re-engaging fans. With that, conference realignment could be a consideration for some schools.”

Bourne said: “I do think we have to go back and look at how we build rivalries among institutions in our leagues and how those rivalries in turn equate to revenue and attendance figures for respective institutions. It helps to play somebody you know and who your fans can have a strong understanding of who that is and what that means. If you go back and look at all the successful leagues and that have been able to maintain it, a lot of it had to do with building those rivalries.”

Matt Hogue, the athletic director at Coastal Carolina, said he doesn’t believe realignment is necessary — but that a simpler solution is.

“There are some good ideas that have been discussed,” he said, “about how conferences can pair together from a non-conference standpoint to assist each other with scheduling and come up with some alliances and strategies that would make some sense. But a full-scale realignment is not anything that I am aware of. There’s a lot more factors that have to come into play.”

There is another way to avoid the extreme decision to realign, too, according to D’Antonio. He previously worked for the Big East for more than a decade while the league transitioned into a basketball-focused entity after former members such as West Virginia, Syracuse and Pittsburgh left for Power Five conferences.

“If we have football student-athletes on campus by August 1, and that may be pie in the sky,” D’Antonio said, “none of us have the answer right now. But if that happens, we could return to a level of normalcy in some way fairly soon and you could have a fairly normal football season. But barring those things taking place, all of the scenarios we’re talking about could be on the table.”

Others On The Same Page As JMU's Bourne