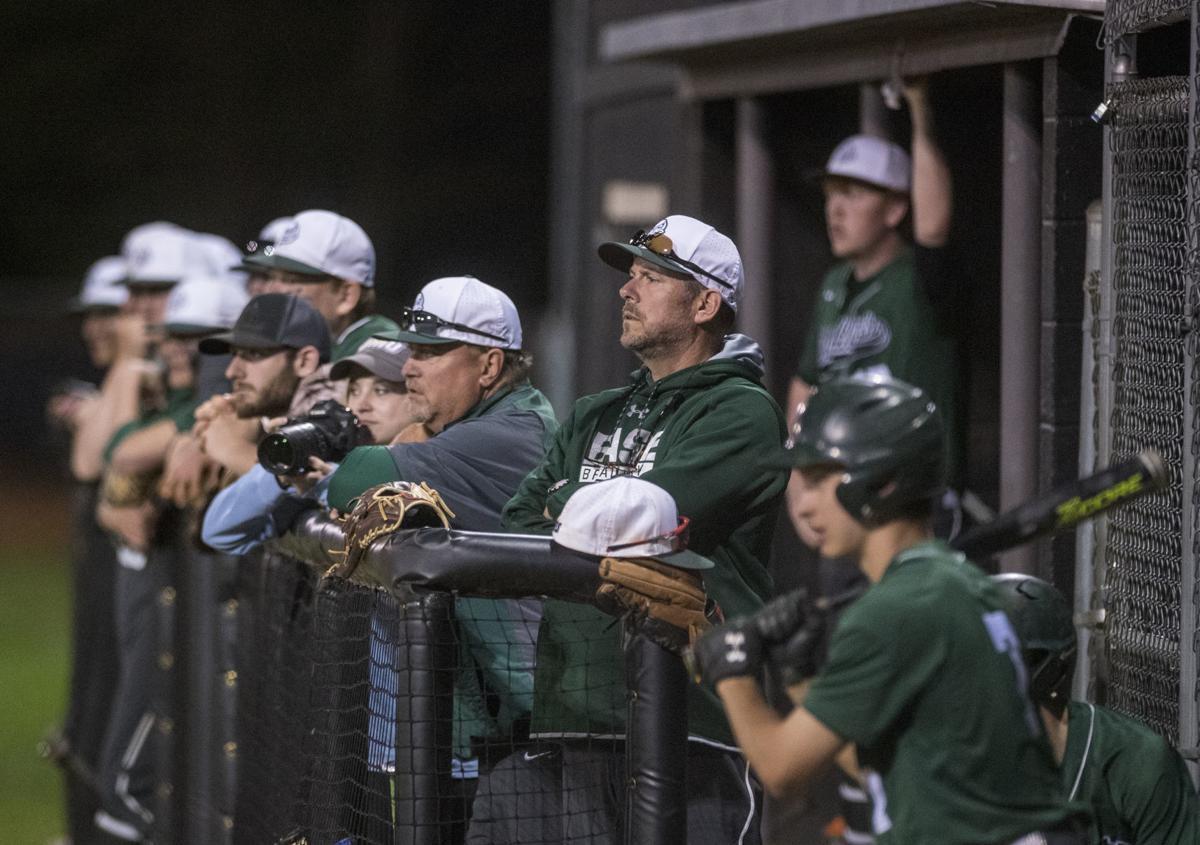 The Broadway dugout watches as the Gobblers bat during a win over Turner Ashby a year ago. 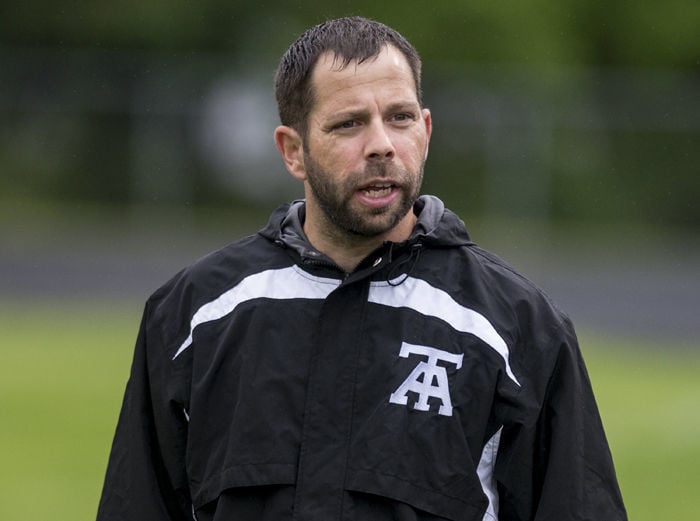 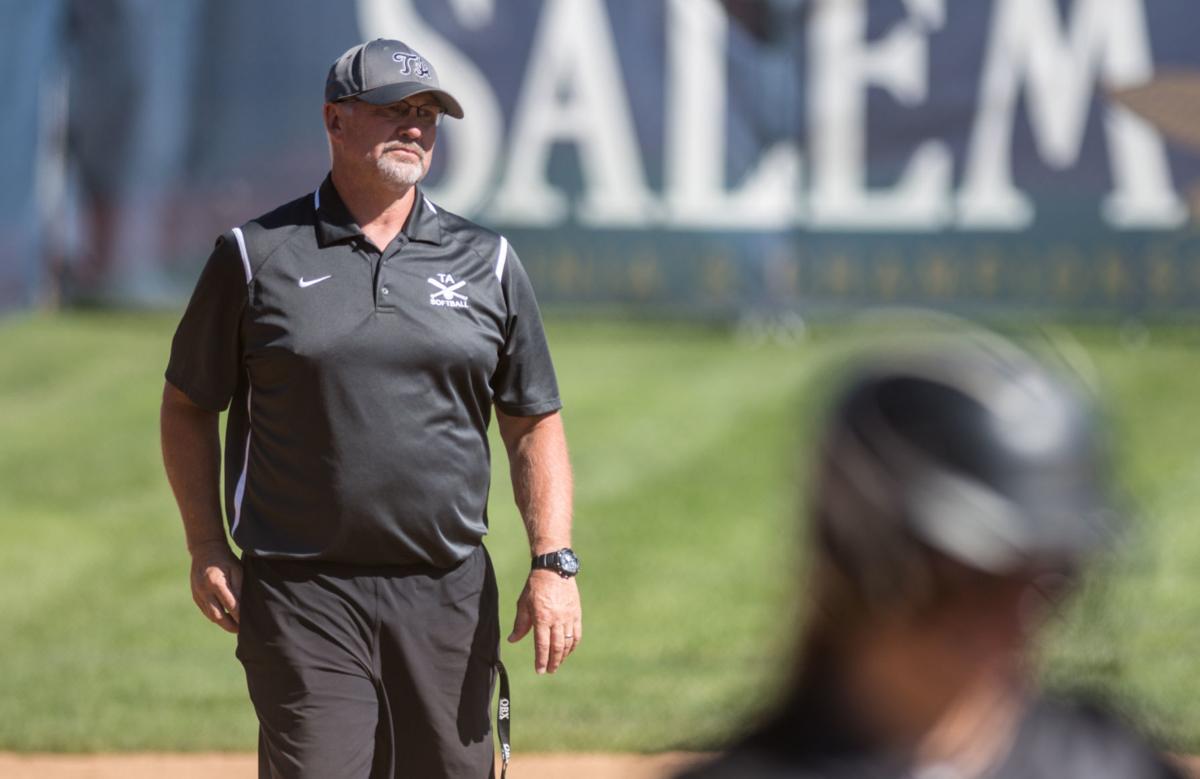 Turner Ashby head coach Clint Curry watches from the coaches box as his team goes up to bat.

The Broadway dugout watches as the Gobblers bat during a win over Turner Ashby a year ago.

Turner Ashby head coach Clint Curry watches from the coaches box as his team goes up to bat.

For many in the coaching profession, it's about more than the game itself.

Tim Turner was entering his eighth season as the Broadway baseball coach. He said his team had its sights set on a state title after reaching the regional semifinals a year ago. Quite frankly, a buzz was building around the program.

"There was a lot of excitement within our community about this season," he said.

But when the Virginia High School League announced on Monday that the spring sports season had been canceled due to COVID-19 — they later announced they'll delay a decision on extending the season into the summer until May — it was a moment where Turner's job became bigger much bigger than the sport.

"This situation has given us another example to teach," Turner said. "I haven't been able to put together what I will say to everyone just yet, but I will. This situation is bigger than high school baseball and I will ask them to trust me like I always do. Everyone will come out of this just fine."

Like many coaches across the state of Virginia on Monday, Turner said he dealt with tears. He said he had a couple of players text him as they grieved about the situation and it immediately brought an emotional response from the head coach.

"This is definitely an experience that I hope we will never have to go through again," Turner Ashby softball coach Clint Curry said. "My seniors are literally in tears and should be. I think back to my senior year and if I would have had to go through what these seniors are going through, I would have been devastated. My heart is in deep sorrow for my girls and at this point, all I can do is pray that they all and their families stay safe."

The seniors. That has remained — and will for the foreseeable future — the trend of who is receiving the most compassion through the situation. With no extra year of eligibility available like college athletics, many high school seniors potentially saw their athletic careers come to a screeching close this week.

"I'm most heartbroken for our three seniors," TA girls soccer coach Jon McClure said. "They have put in years of effort and sacrifice. And after all of that, they are going to miss out on the celebrations that come with being a senior."

In Elkton, a trio of seniors in Samantha Hensley, Jessica McDonaldson and Brooke Hensley were set to gear up for their final season with East Rockingham softball after battling an array of different injuries throughout their careers. In the blink of an eye, that opportunity was suddenly ripped away from all three.

"It's disappointing and just heartbreaking," Eagles coach Ronnie Dovel said. "For it to end like this, it's unbelievable. I believe there's a lesson to learn. Never take things for granted because you never know when it can be gone."

Harrisonburg baseball coach Kevin Tysinger added: "At a time like this, there are no words to describe what a coach is feeling. Seniors are not getting their last chance to play and others to make their mark. We all understand that there is a greater concern other than sports, but student-athletes take on this adventure that will have a great impact on the rest of their lives. I really hope that the players that we coach understand how much we feel for them and how much we wish there was more that we could do."

Spotswood boys soccer featured five seniors on its roster this season. The Trailblazers were coming off a trip to the Virginia High School League Class 3 state tournament a year ago and were looking for a fourth straight.

"We feel slighted and we feel regret," SHS coach Dan Atwell said. "But we feel promise for our 2021 season. Our guys will be sad, but motivated."

Simon Timbrell, meanwhile, said he was ecstatic to start his first season coaching the Turner Ashby boys soccer team. After coming over from Broadway at the end of last season, Timbrell said he was eager to get the season underway.

"It sucks," Timbrell said. "I miss my lads.  Everyone has lost so much that is a way of life, but we haven't lost the memories, our friendships or the lessons that we have learned. No one and nothing can take away our love for the game. I encourage everyone to continue to love the game they play. Hopefully, when we get to the other side of this awful situation, we have time to salvage some sort of season or sendoff matches for seniors and all those who have worked hard. In the end, health and safety is everyone's top priority and sometimes the right thing to do is the hardest choice. We will all come away from this with a deeper appreciation for sure."

Even for those teams with little or few seniors, the pain of losing an entire season wasn't easy to cope with. There is plenty of young talent on a plethora of city/county teams this spring, but the decision to cancel the season essentially eliminates an entire year of eligibility for underclassmen.

"My heart breaks for this group of kids," Spotswood softball coach Brooke Hensley said. "They have been so excited to play ... This team realized that we had a tremendous amount of talent this year and was ready to compete for the district championship and make a deep run into the playoffs. It is definitely heartbreaking and I never would have imagined that the season would have ended before it started."

East Rockingham girls soccer coach Ty Reed: "I am upset that the season came to such an abrupt end before it even started. I understand the gravity of the situation and I do not envy the people making these decisions, but it is an unfortunate situation all the way around."

While the VHSL could possibly still come up with some type of tournament in the summer for team sports, the future for track and field is a bit dimmer. It is unclear as of now whether track athletes would be given an opportunity to still participate in some sort of meet if an extended season is added.

"It was a difficult day for myself and our entire program," Turner Ashby track and field coach Justin Thompson said. "First of all, I think the decisions made today are absolutely made with the best interest of our community in mind. I think what feels worst about it is that it's a decision I totally agree with, but that doesn't make it feel any better. We have so many kids that put so much time and effort into creating the success we've been fortunate to have. It truly hurts to not be able to see their hard work come to fruition."

Broadway girls soccer coach Amy Cerelli has been coaching in the Valley District in some capacity since 1998. She's seen her fair share of obstacles and faced adversity throughout the years, but this is something entirely unique.

"Every season seems to encompass a wide range of experiences," Cerelli said. "Great times, struggles, accomplishments, disappointments — all leading to growth as a player, student-athlete, teammate and most importantly, a person. We are all disappointed and wish, especially for our seniors, things were different. Though this year was exceptional, even a shortened season can make us realize why we play and what is really important."

The beauty of high school sports is every team begins the season with the optimism of bringing home a championship. Whether it be a district, regional or state crown, almost every city/county squad had high aspirations this season.

"Disappointment," TA baseball coach Andrew Armstrong said about his emotion. "Not really for the season, but for the seniors that will never get to play at Turner Ashby again. The team this year was perhaps the best pitching staff I have ever had. This is a serious time we are going through and we will come back stronger next year."

McClure added: "I feel for our kids. Our girls' soccer players at TA have worked so hard in the offseason to prepare for this spring. They've played a fall travel season. They've come to open gym. They've been in the weight room. And now they will have to wait until next year to see the results of their hard work.  I'm heartbroken for them."

The second-year Knights girls soccer coach called the decision "tough to swallow," but said it was undoubtedly the right one. Now, like Turner, he said he's focused on helping his program learn from this experience.

Once they do play, the dark past of COVID-19 will be one that will never be forgotten. And although coaches and athletes both would like to be in action this spring, Turner said sometimes coaching is about bigger than the game itself.

"You can’t take away the experience that our program has created for each of our players past and present," Turner said. "We will be positive and move forward and wait for the day we can get back after it."