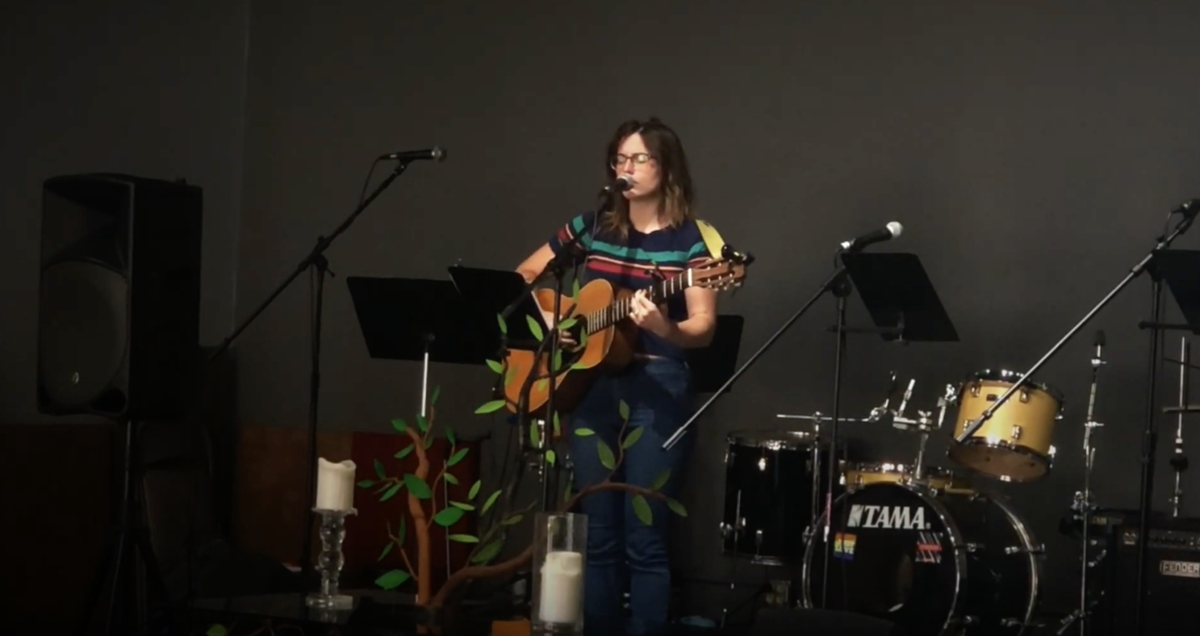 Amy Martin joined the RISE fellowship eight years ago and has served as a worship leader in the church. On Tuesday, she took her guitar to Facebook Live for a Live From Home performance to raise money for her church. 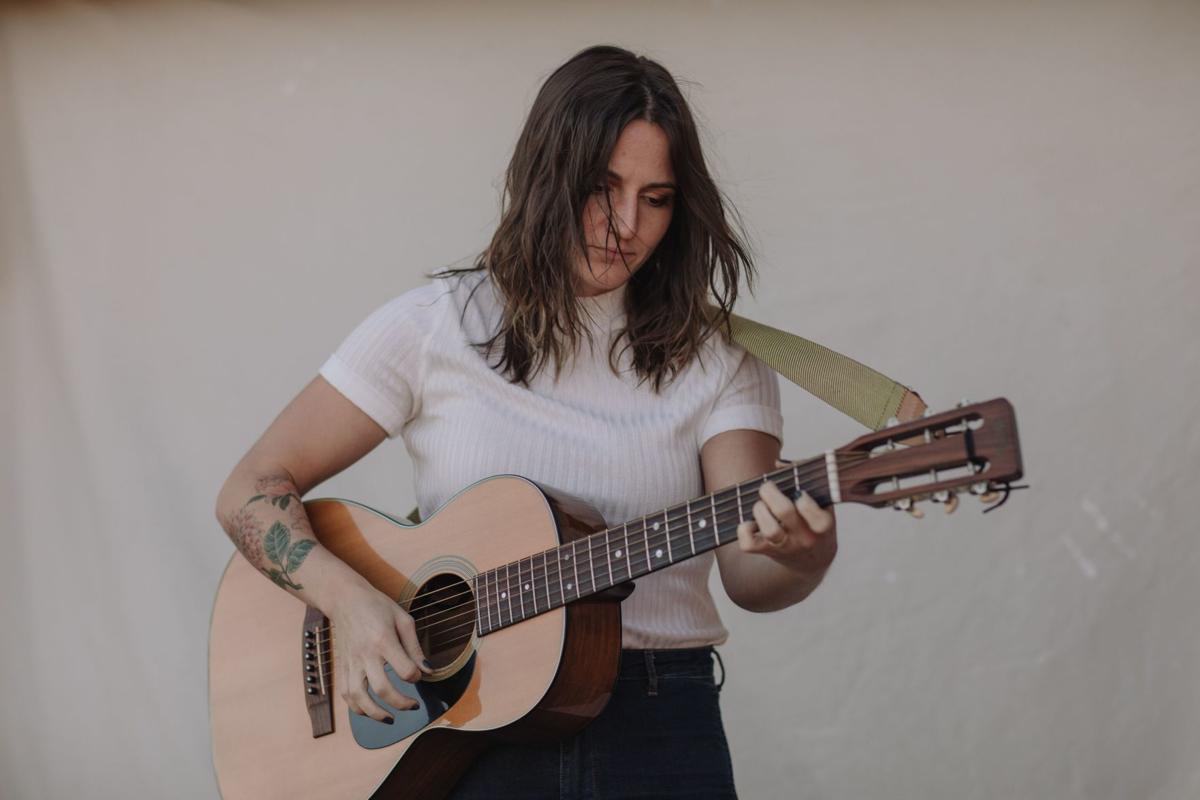 Amy Martin is a Harrisonburg-based solo artist who released her debut album this month, titled “Amy Martin,” featuring songs including “Got Nowhere, No Way, No How.”

Amy Martin joined the RISE fellowship eight years ago and has served as a worship leader in the church. On Tuesday, she took her guitar to Facebook Live for a Live From Home performance to raise money for her church.

Amy Martin is a Harrisonburg-based solo artist who released her debut album this month, titled “Amy Martin,” featuring songs including “Got Nowhere, No Way, No How.”

Armed with a guitar and song, Amy Martin took to Facebook to redefine togetherness in times of isolation.

On Tuesday night, Martin hosted a Live From Home concert in support of RISE, a religious community she said she has supported her in both personal and professional ambitions, to ensure no one felt alone amid the period of social distancing.

“The entire world struggles with loneliness in general, without this COVID-19 and the social distancing happening,” she said. “I think that loneliness is a huge problem for everyone, and what a better way to cure loneliness than to be together as best as possible and through song.”

Martin has attended RISE for eight years and previously served as a worship leader. On March 13, RISE decided to move services online, so Sunday sermons and a daily noon prayer are available on Facebook.

Pastor Amanda Garber said the church has streamed Tiny Desk-style concerts before to raise money for specific projects, but baseline expenses are now becoming difficult to pay after closing the church doors, so Martin’s online benefit concert was invaluable.

“The economic impact of this virus is really affecting people’s giving. People are afraid. I certainly understand. But what I keep encouraging people to do is remember if everybody gives some, it will make a world of difference,” Garber said.

Martin released a single at the start of March titled “Got Nowhere, No Way, No How,” and her first solo album, self-titled, last week. While her music is not religious, she said her album is interlaced with songs narrating her transition in life from “dark to light,” interwoven with her faith.

“Not that it is Christian music, but there is this spiritual aspect I think through much of everything that I do and perform and write. … These songs do mark various points of my journey and what got me here today, and the RISE community is a large part of that,” Martin said.

Martin played a blend of her new music and covered famous songs Tuesday, taking requests on Facebook for what people wanted to hear.

Sara Hollar, a member of the RISE congregation and fan of Martin’s talents, tuned into the livestream to connect with her church and enjoy the music.

“We’ve been socially isolating, so anything that offers entertainment, enjoyment and a sense of community is so valued. Plus, we miss our faith community, and Amy has created a very generous platform to support them and share new music,” Hollar said. “It’s a win-win-win for everyone.”

Money raised from the livestream will go to pay RISE staff and benefit programs such as Love Packs, which provides approximately 45 families with bagged meals that feed Spotswood Elementary School students on free and reduced lunch.

“We’re still trying to pack those backpacks, even though school is out, and drop them off to school so their families have food to eat. And we have some restorative justice efforts that RISE also champions in the area, so just any bit of money helps, big or small,” Martin said.

Garber said the online show is just a drop in the bucket compared to all that Martin has dedicated to the church over the years, both in leadership and in fellowship.

“She came to us as a JMU student and has served in all sorts of leadership roles, and she’s just a huge part of who we are. Gosh, you name it, she’s done it, and she is creative and she is a huge advocate for us,” Garber said.

Martin said Harrisonburg has always been a closely interconnected community that has been supportive and sympathetic through hard times, so she loves sharing her music as a vessel to remind listeners that they are not alone, even during physical isolation.

“We’re just really, really good at showing up and being with one another intentionally,” Martin said. “I hope that though we are not literally, physically with, that we can spend this hour together and enjoy each other’s company and know that they are seen and they are loved and you are not alone.”