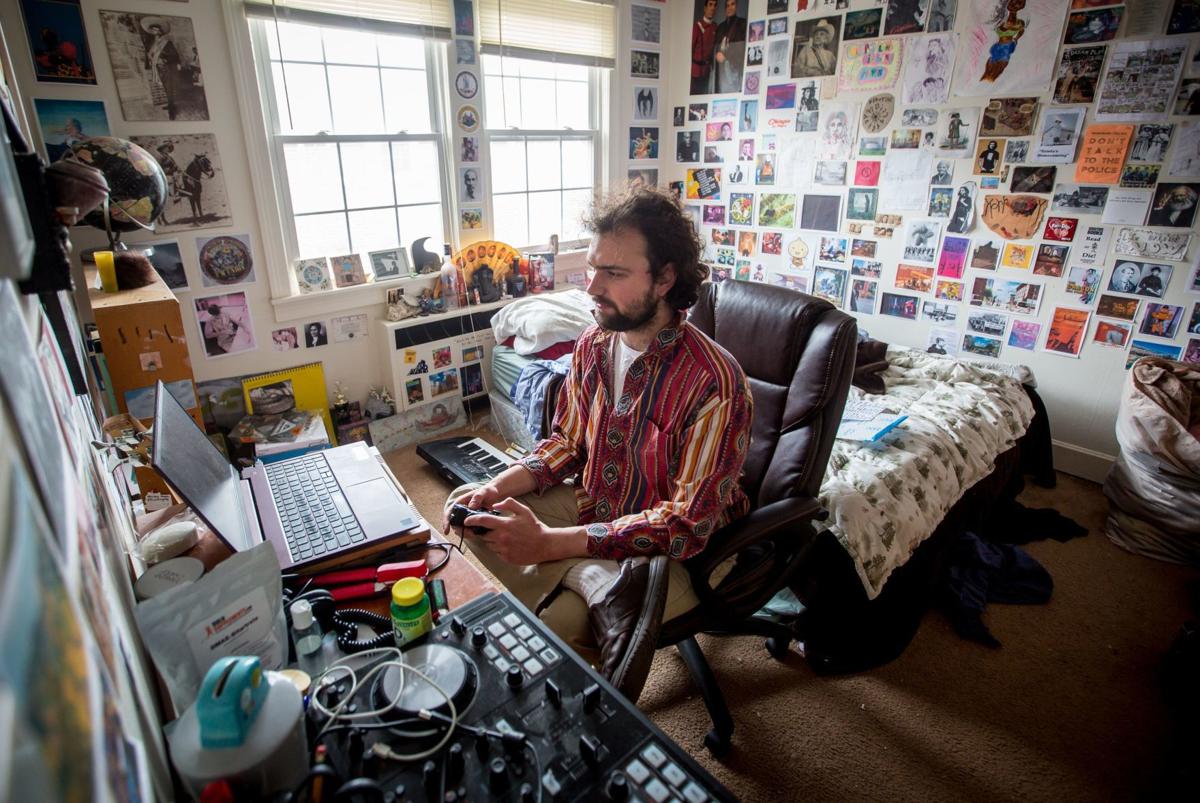 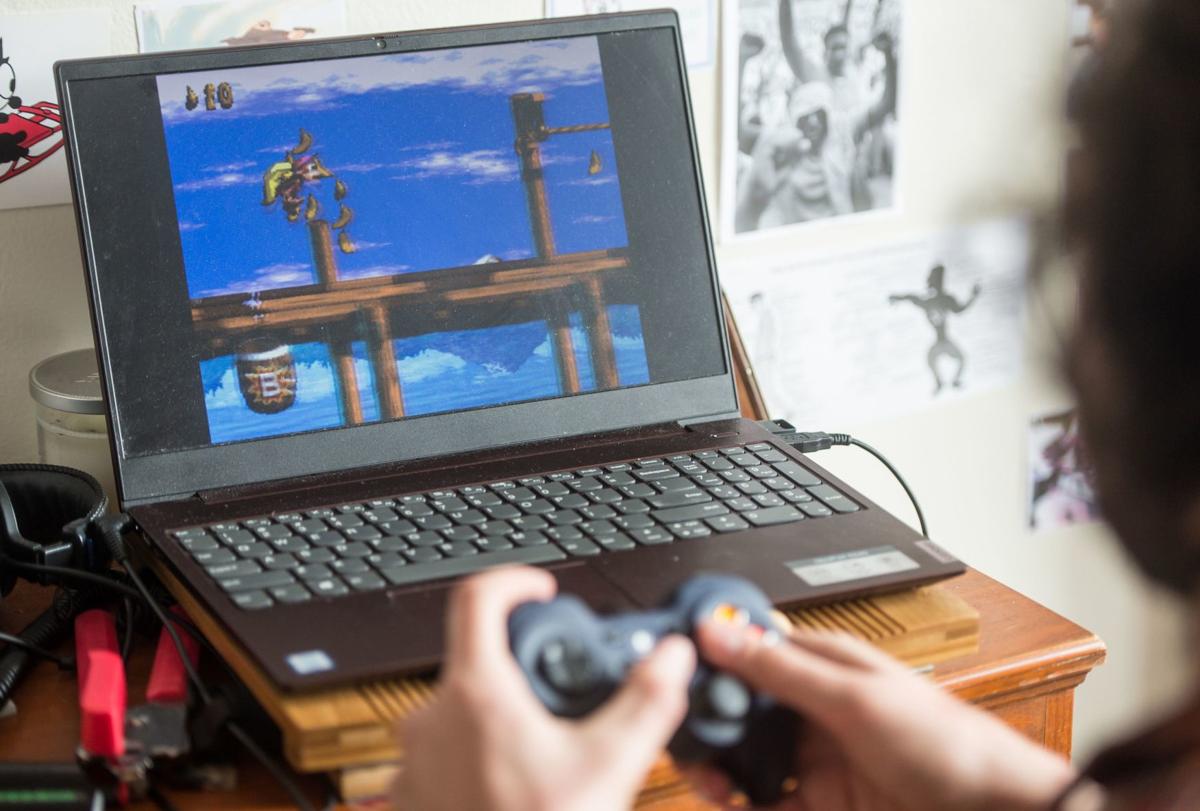 Harrisonburg’s service industry is banding together to overcome financial fears by asking the community to pool resources and distribute wealth to those in need.

In a city with over 45 food-related businesses, two online resources are providing a means for contributing money and lessening the burden of mounting expenses to restaurant and bar employees who have lost jobs or have reduced hours due to COVID-19 health measures.

Having worked two nonconsecutive years at Bella Luna Wood-Fired Pizza as a dishwasher and cook with friends and family alongside him critically impacted by job insecurity, Nevin Lough Zehr is dedicating his birthday wish to worker solidarity.

The Harrisonburg Culinary District Workers GoFundMe is streaming money to a nonprofit association bank account designed to offer a helping hand to service industry workers who are vulnerable due to age, finances or documented status, Zehr said. On Saturday, he is to celebrate his 31st birthday by livestreaming all three “Donkey King Country” games in a row and raising money for unemployed workers in need.

“The original intent was just to have fun and stay connected with friends on my birthday but then I realized I could be raising funds for workers in the process. … I just felt that I needed to do something,” Zehr said. “This is not really about altruism or charity. It’s like social solidarity is the only way to survive this crisis and give our lives new purpose, you know, not individualism. Individualism is what leads to people hoarding hand sanitizer and disrupting the supply chain, and collective solidarity is what navigates us out of the storm.”

Beginning on Thursday at 11 a.m., Zehr is logging on as Kong and navigating his world until he completes the game trilogy, and anyone can tune into the Facebook livestream to watch him take on this feat. As of Tuesday, 40 donors have contributed $1,850 to the GoFundMe.

Benicio McBride was previously employed at The Golden Pony and Indian American Cafe but had to quit last week due to surmounting health concerns as a double immunocompromised individual. She said finances are a huge concern, and she is searching for isolated means of employment since the pandemic has forced her to self-quarantine. But that option is not available for everyone.

“I really liked working where I was working. I really like working one on one with people. But that just doesn’t seem like a very viable option right now,” McBride said. “A lot of people don’t understand how paycheck-to-paycheck a lot of restaurant workers are living, and that we’re kind of being put in this position that we’re aware that if we go back out into the service industry, we’ll probably be risking our lives. But I feel like a lot of people are willing to do it right now because they’re so stressed out about the potential of being homeless and not making their bills.”

No funds have been distributed yet, but Zehr said the process will probably give large sums of money to individuals on a rotating list. Maressa Cortes, a former food service employee and co-founder of “Las Traumadas” zine, has a background in nonprofit work and is assisting Zehr in determining how to allocate and distribute the money.

“Seeing every day, people getting laid off and seeing like that the government isn’t making active steps that are fast enough for the way that things are kind of falling apart,” Cortes said. “To suddenly have your income stripped from you is so incredibly devastating, especially to people who work paycheck-to-paycheck. … A lot of people are in a big place of worry about having their very basic shelter and food needs met, so I think [the GoFundMe] will be really beneficial for them.”

Jacob Lester started a parallel project, the Virtual Tip Jar, on Saturday. As of Tuesday, the list of restaurant workers who are unemployed or working with reduced hours had 73 names on it with attached PayPal and Venmo accounts.

The virtual donation spreadsheet was created based on a request on a Facebook group, Harrisonburg VA services in times of need. One group member had shared the online tip jar idea as implemented in Charlottesville and requested a similar transparent means of supporting local service industry workers in Harrisonburg, according to Lester.

“At that point, Nevin had started the GoFundMe … but some people felt this was a better way to know where the money was going,” he said. “The idea was to just communicate clearly how it works and what the need is and getting the specific language of ‘This is how you can help individuals.’”

While the tip jar is easily accessible to join and find a means of supporting people, Lester said the main downfall is the inability to know if funds are being distributed evenly or if placement on the spreadsheet has an impact on who people are donating to. Overall, Lester recommends that those who are able to donate give smaller amounts of money to a greater number of people rather than submit one large donation to a single person.

“Smaller amounts for more people is better for the local stability of business,” Lester said. “As many people as you can contribute towards, that’s what you should be doing.”

Zehr said the GoFundMe will remain up after he has finished the Donkey Kong games, with a long-term goal to eventually mobilize unemployed Harrisonburg restaurant and bar workers to advocate for their needs. The lack of a local workers union has always been a concern but has been exacerbated by the pandemic.

“We need solidarity across industries, worker solidarity. … I don’t want this to be like a nonprofit or like a social worker relationship where we’re managing or administering it to people. I want it to be collective,” Zehr said. “The personal financial crisis for Harrisonburg restaurant workers did not begin with COVID-19. Most restaurant workers in Harrisonburg are not paid a living wage, do not have paid sick leave or health insurance.”