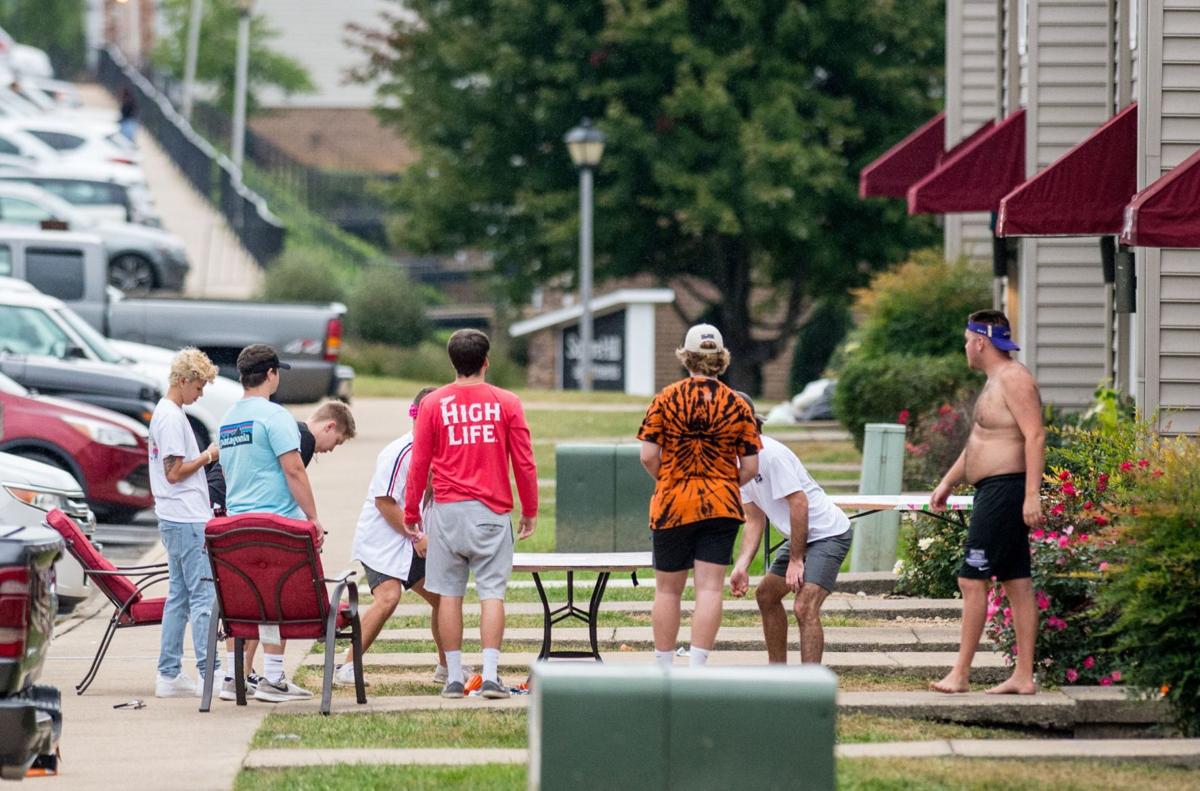 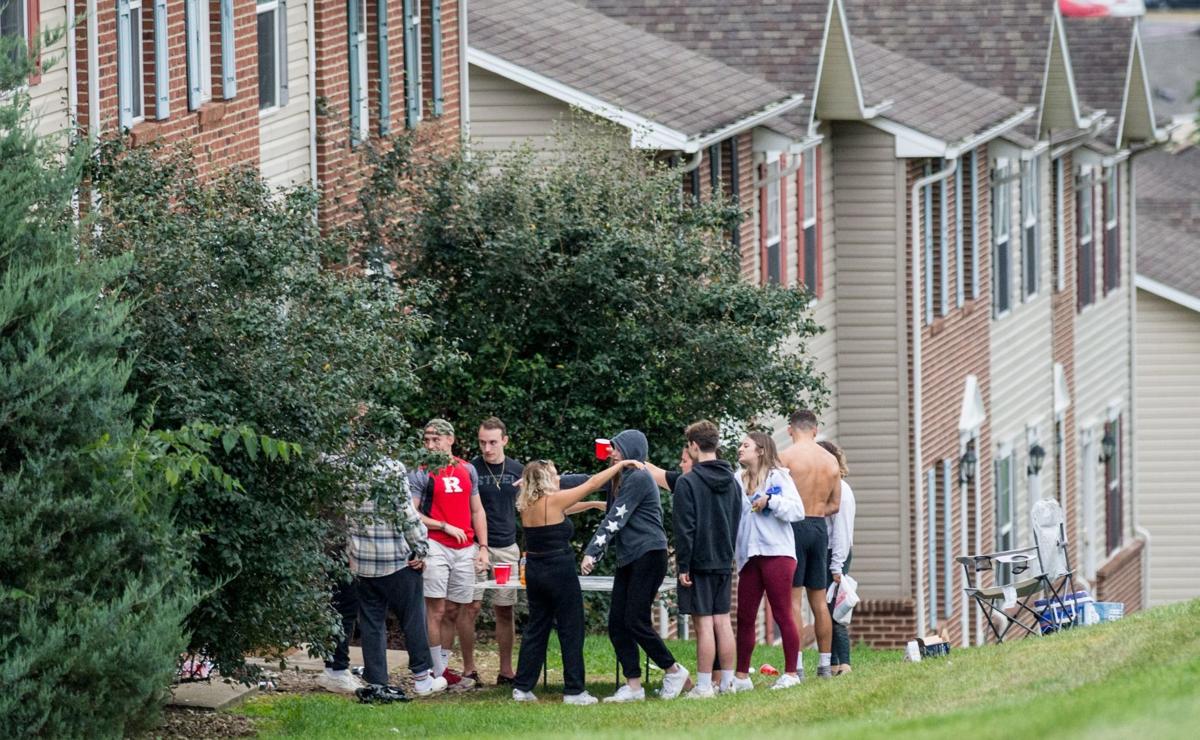 James Madison University students hang out outside a townhouse off Devon Lane on Friday.

James Madison University students hang out outside a townhouse off Devon Lane on Friday.

Twinkling lights and tapestries, sparkling wine and a lifetime’s worth of memories. Formal is just one of several events canceled this year for university Greek life members, but for graduating seniors, the party is an unforgettable mirage of laughter, dancing and joy, lost forever by the pandemic.

Two weeks ago, new members were recruited to James Madison University fraternities and sororities, so formal would be on the tips of everyone’s tongues as the first chapter in many new Greek lives kicked off. Under health regulations from city government and the university, most organizations have placed strict sanctions on gatherings and are opting for virtual festivities.

JMU is a notorious party school with a fraternity and sorority system consisting of 31 chapters and is rated No. 33 for 2021 Top Party Schools in America by Niche. Since early August, Harrisonburg City Council has enacted a mandate banning parties of over 50 people, and JMU prohibits gatherings over 10.

Phi Alpha Delta, JMU’s prelaw fraternity, consists of 80 to 100 members. President Jules Carter said members of the brotherhood did everything together before the pandemic, and the brotherhood had a single event before going 100% virtual.

“We went a week before we went online, but we did have one event that was in-person and it was a water pong tournament, and we capped it at about 10 people, but everyone was wearing face masks and standing 6 feet apart,” Carter said.

While social events are a universally notorious element of Greek life, Carter said the same holds true for the campus as a whole.

“People did associate meeting new people with parties and running into people and seeing people at a party and that element of the environment and even being under the influence,” she said. “Since that is gone, I think it’s a lot harder for some JMU students to navigate new relationships.”

During last week’s City Council meeting, Tim Miller, vice president for student affairs, shared updates on how the situation has evolved and highlighted collaborative efforts within Harrisonburg and other universities on how to manage student behavior to mitigate contagion.

Miller said most students have followed regulations, but 290 students have been notified of violations so far this semester, five of whom are under review for hosting large events, and 24 students had their housing exemptions rescinded for organizing gatherings on campus.

“Our sanction includes up to exemption or expulsion, so these students who have hosted large events, we will be looking at suspension or potentially even expulsion for those that are endangering the community,” he said.

For the past three years, Morgan Moltzau has developed strong relationships with her sorority sisters in Zeta Tau Alpha, and she was elected the recruitment chair for her senior year. Heading off the membership process to find and build relationships with potential new members was a dream she eagerly awaited to see to fruition because she said JMU’s Greek life is much more inclusive and interconnected than at other universities.

Awo Mohamed, the chair of philanthropy for Zeta Tau Alpha, said the friendship across the Panhellenic sororities has made the transition online smoother because everyone is on the same page, and in the chapter’s house on sorority row, a protocol is in place to focus all chapter events online.

“There’s a limitation on how many people can be [there] in general, and the basement is normally where we host events,” she said. “Because of the limitation they have a max occupation of 15 people, so there’s a policy that you have to wear a mask in the house; there’s hand sanitizer everywhere.”

Carter said she heard of backlash against the university for its handling of operations during the pandemic but has not seen the negative reaction specifically targeted toward Greek life.

“I think the way they feel towards JMU as a whole is different, and I don’t think that’s been projected at the fraternity at all,” Carter said.

To help reduce the strain on members, Carter said Phi Alpha Delta will remain an online chapter for the remainder of the semester and has dropped its previously mandatory point system of participation to maintain flexibility within the group.

As for the beer pong and keg stand-style parties breaking regulations, Carter said those appear to be hosted by individuals rather than organizations, which risks severe punishment from the university.

“If brothers decide to meet up in larger groups of their own volition, then that’s a different story, and Phi Alpha Delta can’t help [it],” she said. “We can’t control exactly what the brothers are doing individually, but we can control what we facilitate as an organization.”

Mayor Deanna Reed said the city and university are working hand in hand so people who see parties breaking the gathering limit can call Harrisonburg Police Department, JMU or JMU police in an effort to keep the city safe.

Photographer Daniel Lin did a good job of showing how little attention off campus students are paying to masks and social distancing!

Just wait until the sun goes down, the alcohol flows, girls come over, and the indoor activities begin.[wink]