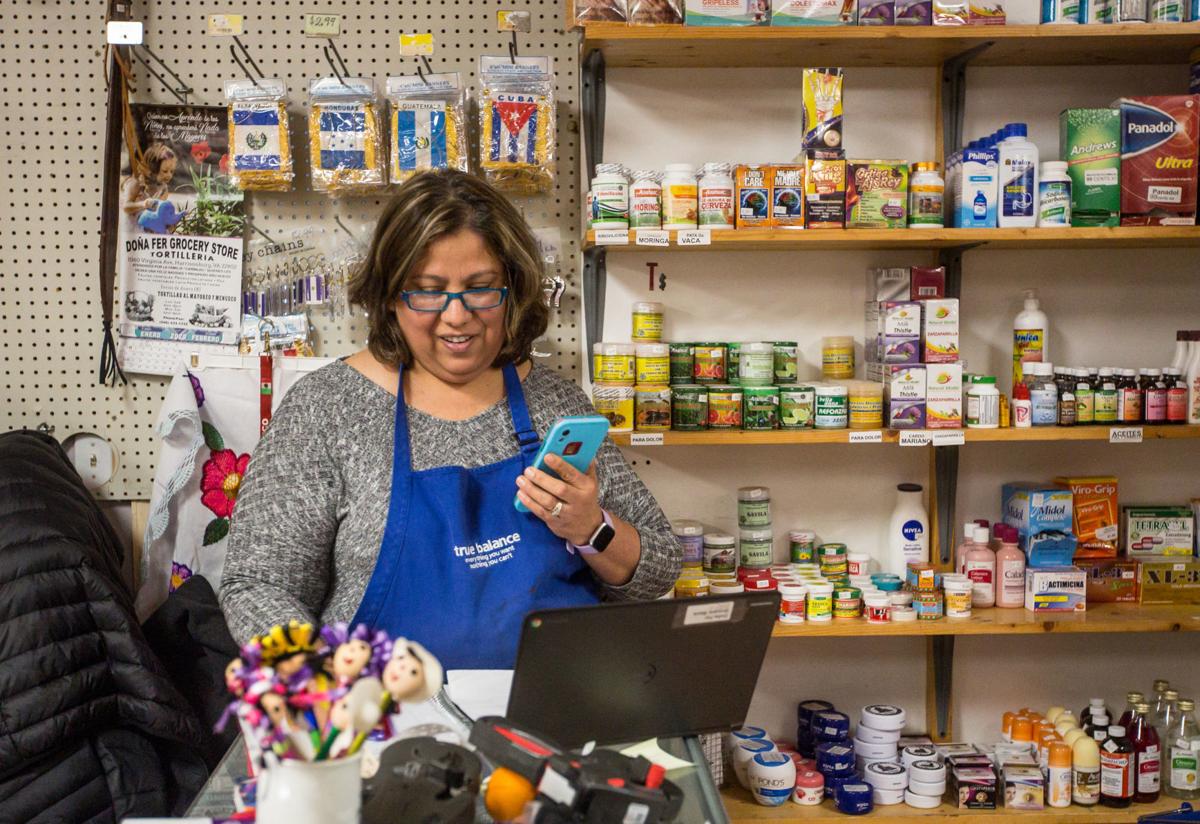 Doña Fer Grocery Store owner Fernana Carbajal talks on the phone with one of her suppliers as she places orders Wednesday afternoon. Locally owned grocery stores are continuing to stay open to serve their customers during the COVID-19 pandemic. 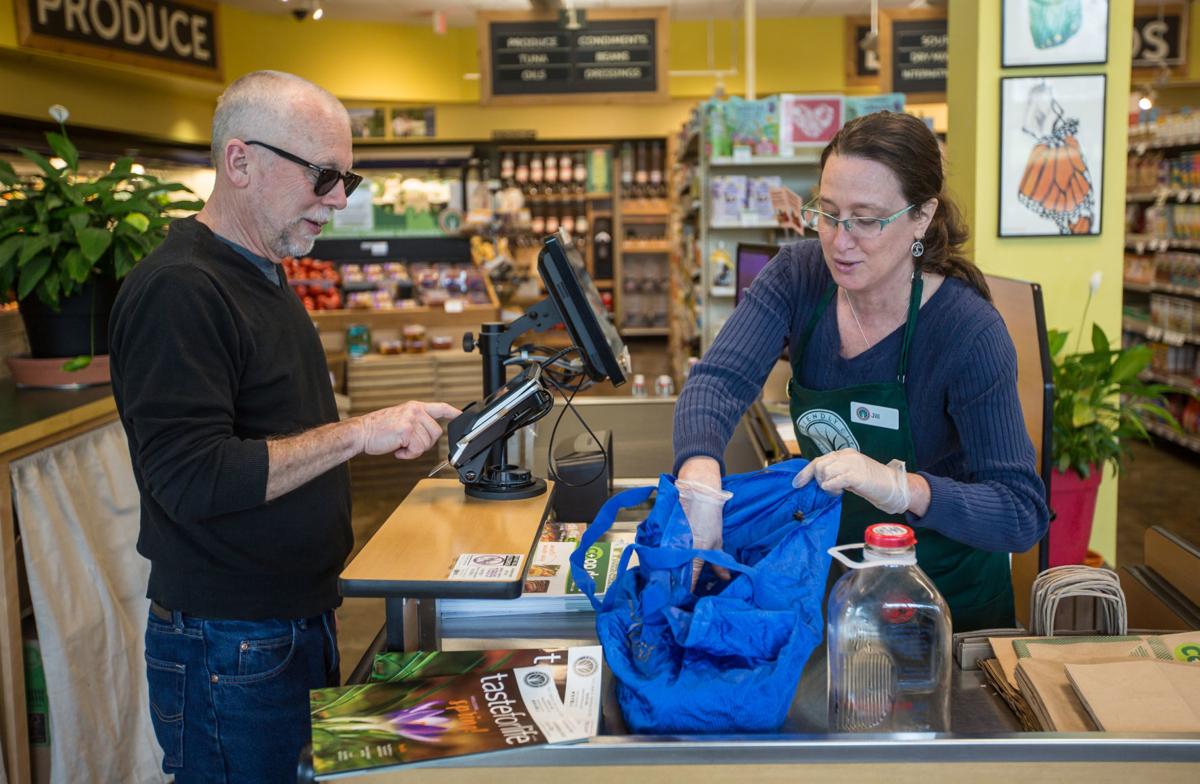 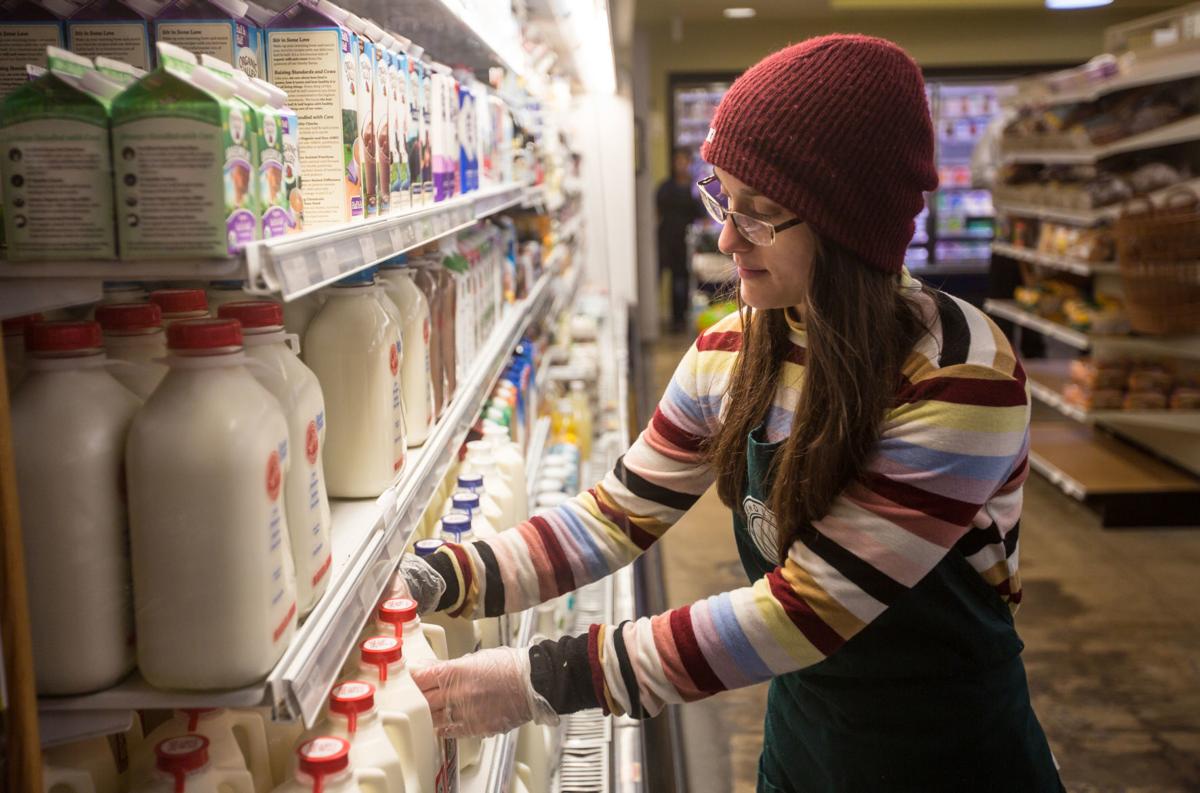 Doña Fer Grocery Store owner Fernana Carbajal talks on the phone with one of her suppliers as she places orders Wednesday afternoon. Locally owned grocery stores are continuing to stay open to serve their customers during the COVID-19 pandemic.

Before the COVID-19 pandemic, Steve Cooke, the general manager of Friendly City Food Co-op, would listen to National Public Radio during his commute to Harrisonburg from his home in Augusta County.

But since, Cooke said he has shifted to listening to his favorite bands, such as Allison Krauss and The Allman Brothers Band, during the drive to raise his spirits.

Cooke and his staff are some of the millions of Americans who work in grocery stores, helping to keep food readily available for the hundreds of millions of others grappling with other effects of the coronavirus outbreak.

“All of us are working pretty hard just trying to keep the shelves stocked,” said Tina Owens, the team leader for the wellness department at the Friendly City Food Co-op.

Many other locally owned grocery stores also continue to operate alongside big-box stores such as Food Lion, Martin’s and Kroger.

“For me, as the owner of the store, it’s not like I’m going to close the store and stay home, because I don’t have the option because my clients need to get their groceries,” said Fernanda Carbajal, who owns and operates Doña Fer Grocery Store in Harrisonburg.

Carbajal, along with her husband Brigido, three children, Rafyn, Elizabeth and David, as well as a part-time employee, all work at the store. Elizabeth and David Carbajal are both in college and taking classes online while helping run the business, Fernanda Carbajal said.

To make matters more complicated, with her family all working together in constant contact with the public, Carbajal said she was concerned about her family’s health.

“A lot of people are coming, and they don’t understand because of the language [barrier] or really know how serious [the COVID-19 pandemic] is,” she said.

Like Friendly City Food Co-op, Doña Fer Grocery Store has also reduced its hours. Carbajal also said it had become harder for her to obtain international goods, but she was still able to get local and other products.

Lee Armbuster, owner of Bridgewater Foods, said the grocery store just finished a new round of hiring, and the store is staying fully stocked thanks to strong local connections to producers and suppliers.

“Being and supporting local businesses is an objective of ours and has been for a long time,” Armbuster said. “The community has really rallied to supply us with the local product so that we could make it available to our customers.”

He said he could not thank his employees enough and called them “heroes.”

“They know very simply if we didn’t work, our community wouldn’t get the food they needed,” he said. “While everybody else is locking down, they’re in here making sure food and meat and produce and everything is available for people who need it,” Armbuster said.

Cooke also said the job was more than just offering food for sale.

“Right now, when people come in, seeing another human being who smiles and says hello is really huge,” he said in reference to how people are social distancing themselves and their families to reduce the spread of COVID-19.

David Garber, one of the owners of the soon-to-be-closed Red Front, agreed.

Starting today, the remaining items at the closing market will be 50% off, and he expects the business to close its doors for the final time at the end of the month, Garber said.

But, in the meantime, he said Red Front will continue to do what it can for the community.

“Our doors are still open and our friendly faces are still there,” Garber said.

Owens also spoke about the importance of good spirits in trying times.

“We’re all working a lot harder,” she said. “There’s a lot more to get done, but [we’re] still trying to do that and stay positive with people who are here in the store.”

As many have lost their jobs as a result of the virus, Owens also said she was thankful to be able to continue working, both for her own, her co-workers’ and customers’ sake.

For her own care, Owens said she has been keeping in touch with friends and family through apps as well as social media, and she even watches concerts through streaming services.

Also at home, she rests, as do the other millions grocery workers, who will shortly be operating cash registers and card readers, manning loading docks and sorting supply rooms yet again.

“I feel like we’re providing a service to the community,” Owens said.