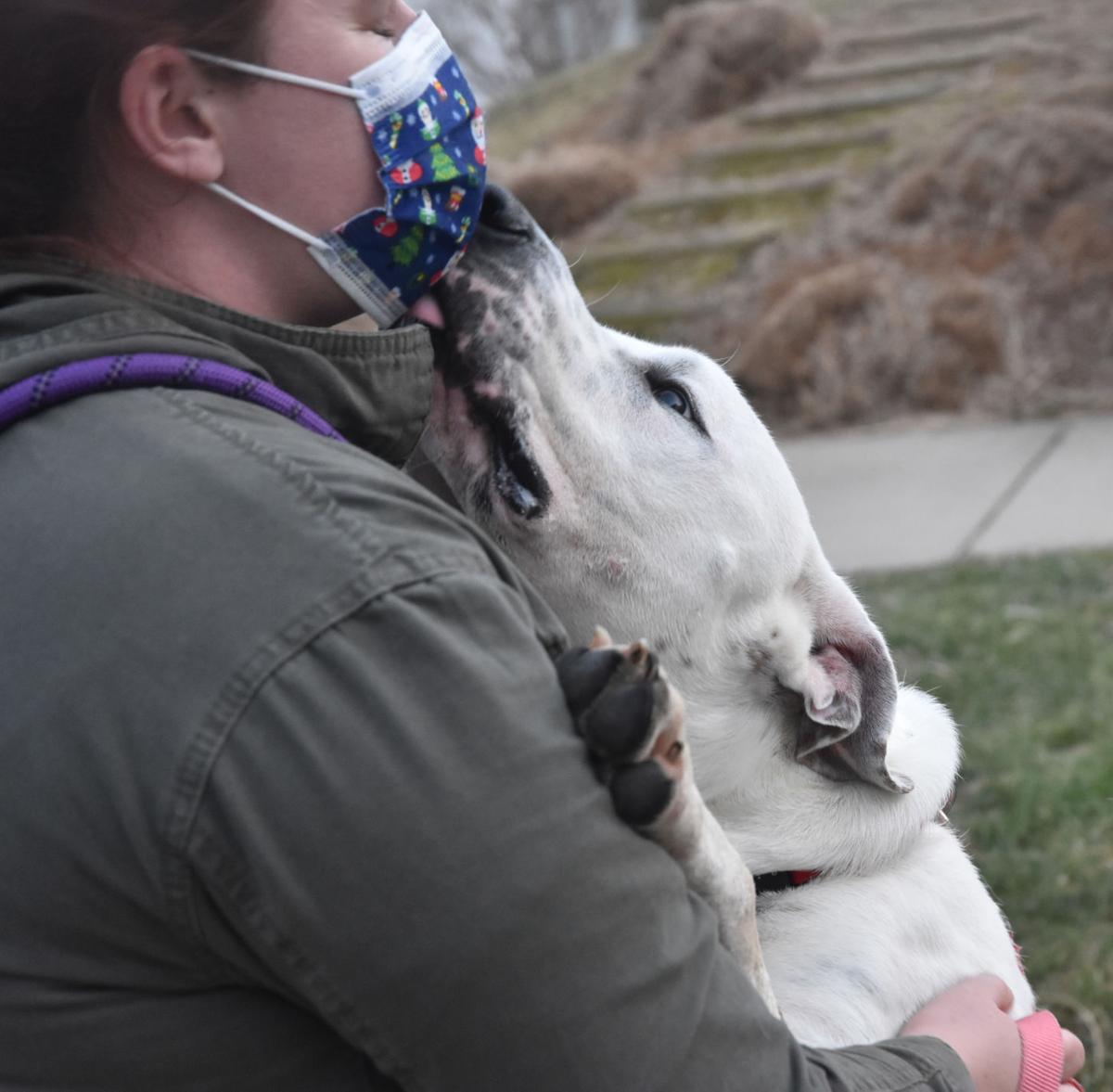 Rockingham-Harrisonburg SPCA volunteer Shannon Smith gets a hug from Chef at the shelter in January. 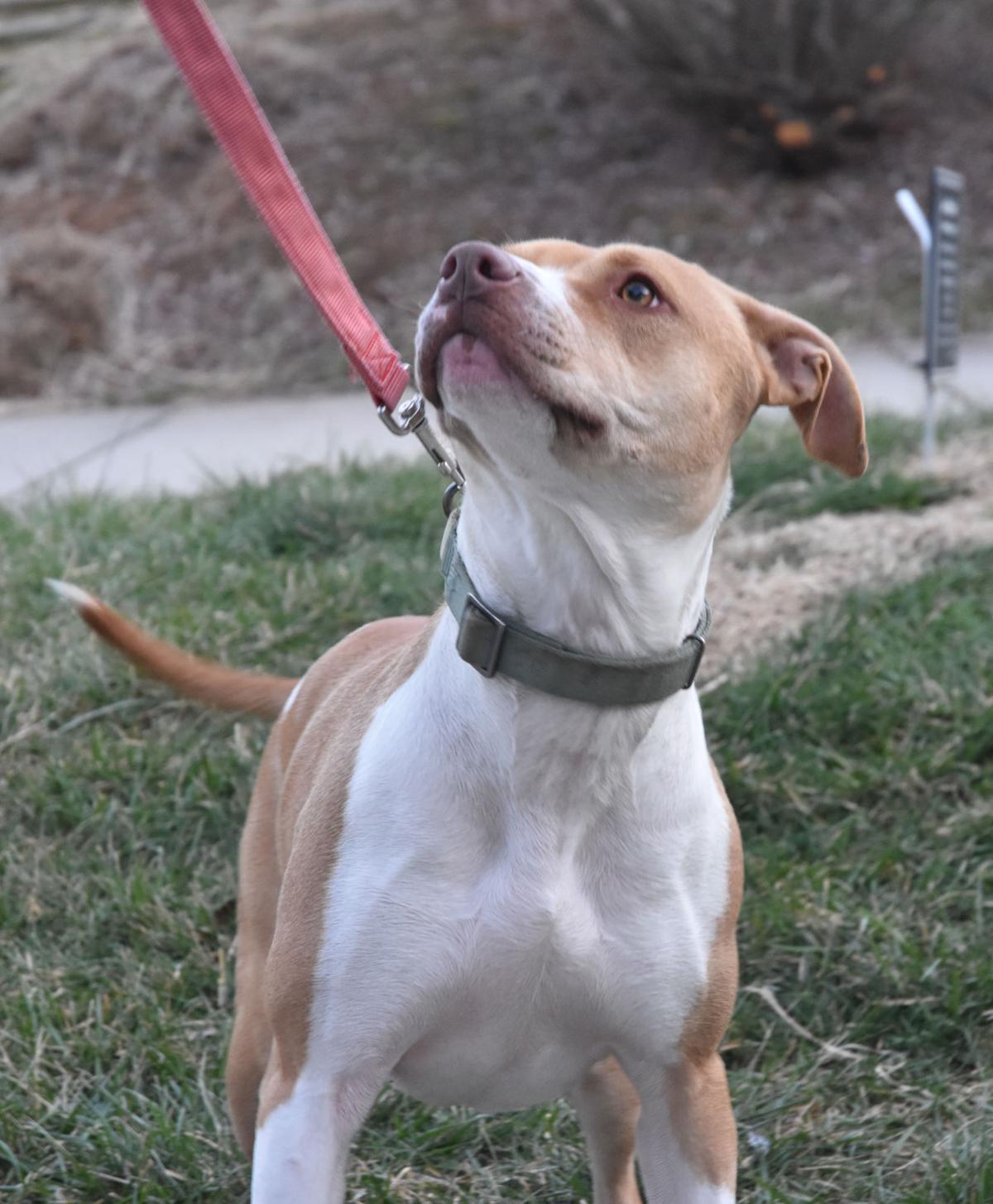 Ruby looks for a treat Wednesday at the Rockingham-Harrisonburg SPCA. 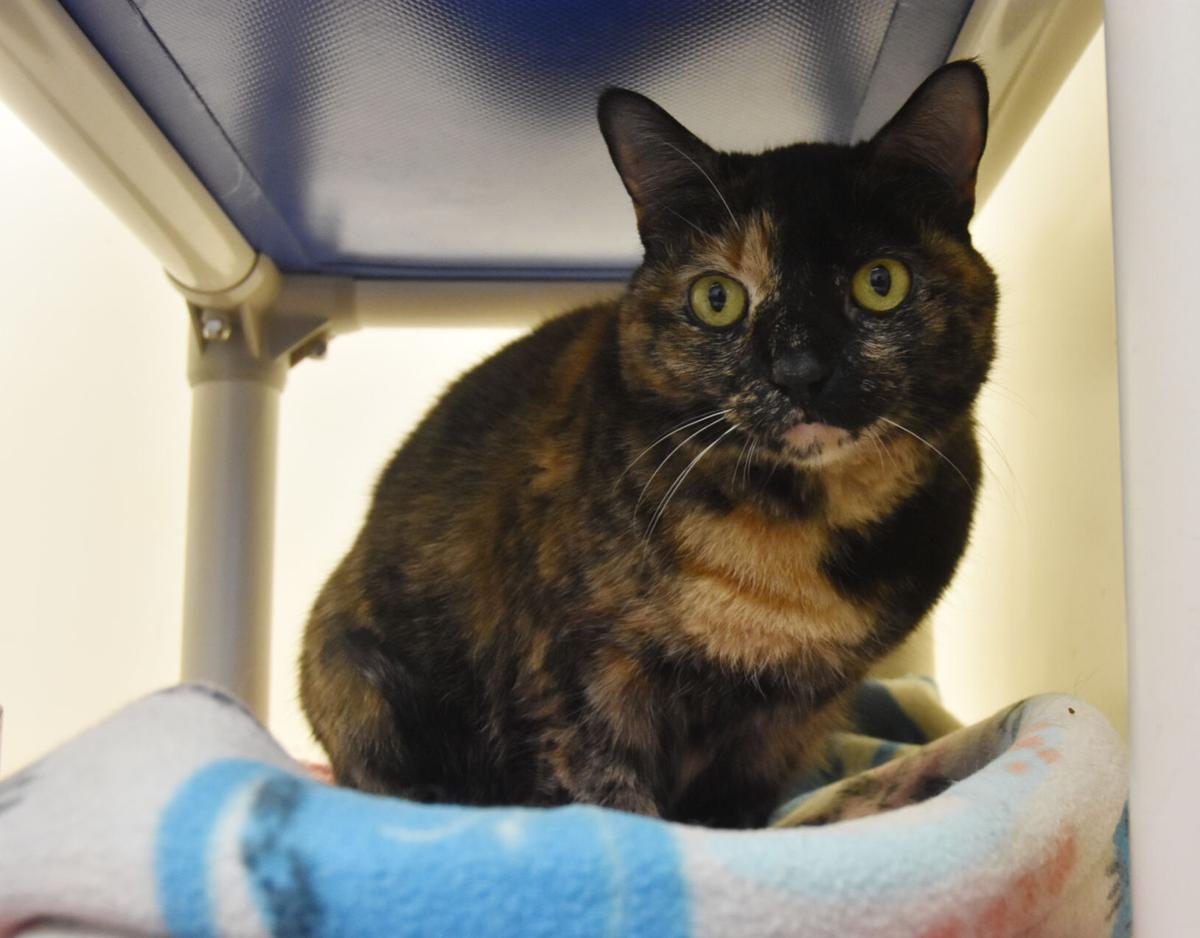 The live-release rate for cats at the Rockingham-Harrisonburg SPCA reached 87% in 2020 and total adoptions were up 20% from 2019. 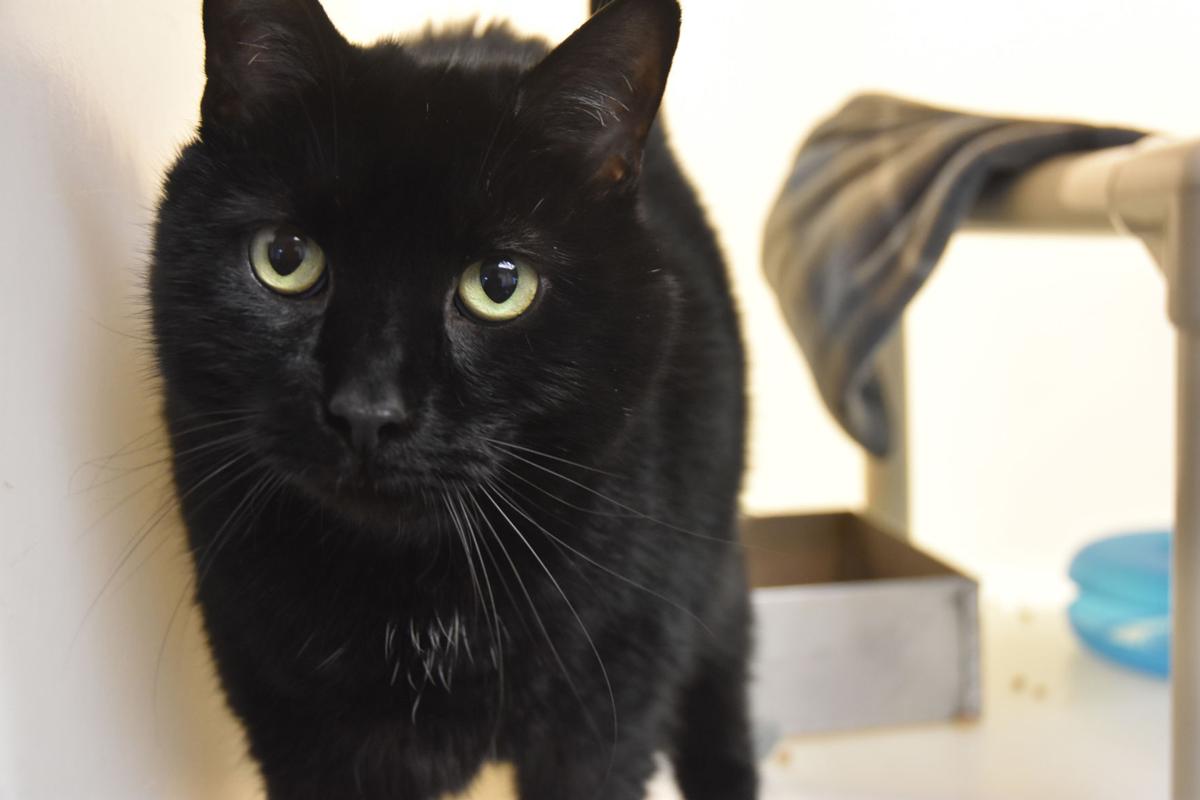 Last year, the RHSPCA saw around 1,600 cats and kittens come through its doors compared to around 700 dogs.

Rockingham-Harrisonburg SPCA volunteer Shannon Smith gets a hug from Chef at the shelter in January.

Ruby looks for a treat Wednesday at the Rockingham-Harrisonburg SPCA.

The live-release rate for cats at the Rockingham-Harrisonburg SPCA reached 87% in 2020 and total adoptions were up 20% from 2019.

Last year, the RHSPCA saw around 1,600 cats and kittens come through its doors compared to around 700 dogs.

Somewhere in a large conference room, Cookie yawns and lets out a sigh.

But when Cookie — a bat-eared, blue-eyed beauty of a pit bull mix — puts his head back down on the bed inside the crate, he closes his eyes and falls asleep.

If the trends for 2020 continue into the current year still in its infancy, Cookie won’t be sleeping inside the Rockingham-Harrisonburg SPCA for long.

Amid all the bad news that came hand in hand with the burgeoning COVID-19 pandemic in 2020, a glimmer of good was the live-release data for the facility. For dogs, Nawaz said 99% were either adopted out, recovered by the owner or released to a rescue organization. For cats, it was 87%. The latter a staggering jump from 2018, when only 32% of adoptable cats walked out the door with a new owner or headed to a rescue organization. For 2020, 835 cats and kittens were adopted out along with 381 dogs, including about 20 puppies, according to Nawaz.

“The pandemic has truly been a blessing on the increase of adoptions, and especially the foster homes,” Nawaz said.

The RHSPCA’s numbers followed a statewide and national trend this year, with Americans working from home, eating at home, shopping from home and getting groceries delivered to their homes. The Virginia Beach SPCA, according to data on its website, had a 90% live-release rate for the month of December.

It’s not just the number of animals leaving the shelter for new homes. Locally, Nawaz has seen a 25% decrease in surrendered dogs and a roughly 400% increase in foster homes helping keep the cages and crates empty.

Nawaz credited the former on owners spending more time at home and working with their dogs as opposed to just leaving them behind during the daytime hours.

“The leading cause to surrender of dogs to the shelter is behavioral concern,” he says. “Now, people are sitting at home more, also giving the dog the attention they need to work through behavior concerns.”

The latter? More of the same, mixed in with the RHSPCA’s efforts to grow a foster program exiting its infancy.

“There’s still a need to spread more of that [foster] knowledge,” he said. “Awareness, if you will. There are only so many cages in the building, right?”

Of course, with any foster program, there are hiccups. They’re called “Foster Failures,” when volunteers grow too attached to part with the animal. And handing out those kinds of F’s is just fine for Nawaz.

“Most fosters take a bit of pride in that,” Nawaz said.

“We’re still puppies, if you will, in terms of building [foster levels] up,” Nawaz said.

Yet even with adoptions up 20%, a quick walk through the facilities shows that the cages are far from empty when it comes to felines. Last year, the RHSPCA saw around 1,600 cats and kittens come through its doors compared to around 700 dogs. The cats ready for adoption — curious creatures that rub against the cage bars and mark the first hand they see with the side of their faces or tops of their heads — are featured on the organization’s website. Their cages, warmly lit with toys, water, bedding and a litter box, are adorned with awards such as “Most Friendly” and “Prettiest Colors.”

Other cats, separated by a glass enclosure, are the strays and ferals, a motley crew awaiting any owner claims, then vet examinations before getting their temperaments tested to decide if they’re adoption ready.

“They just won’t quit coming in,” he said, which makes trap-neuter-release (TNR) programs so valuable. The RHSPCA is currently working on a voucher plan for its TNR program.

That’s when Cookie, that handsome bat-eared, blue-eyed good boy, wakes up with a deep breath and starts lapping at his water. The sound makes everybody in the conference room smile — or at least appear they are behind their masks.