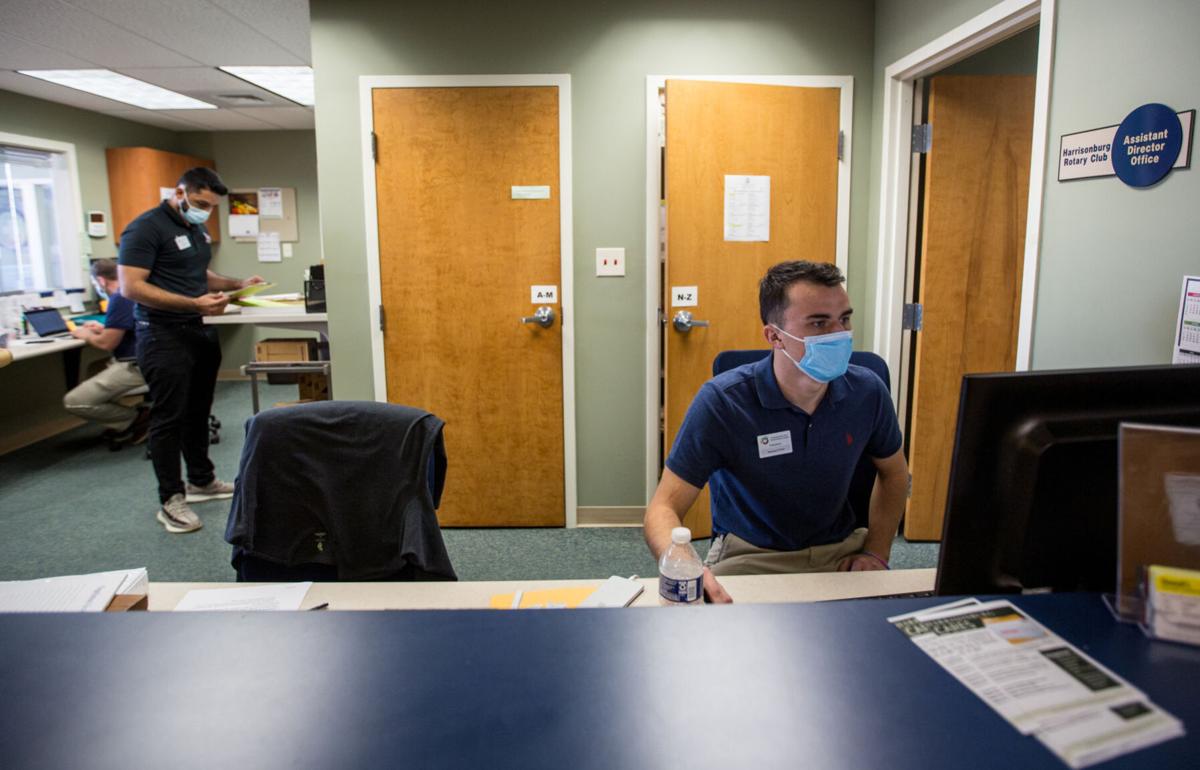 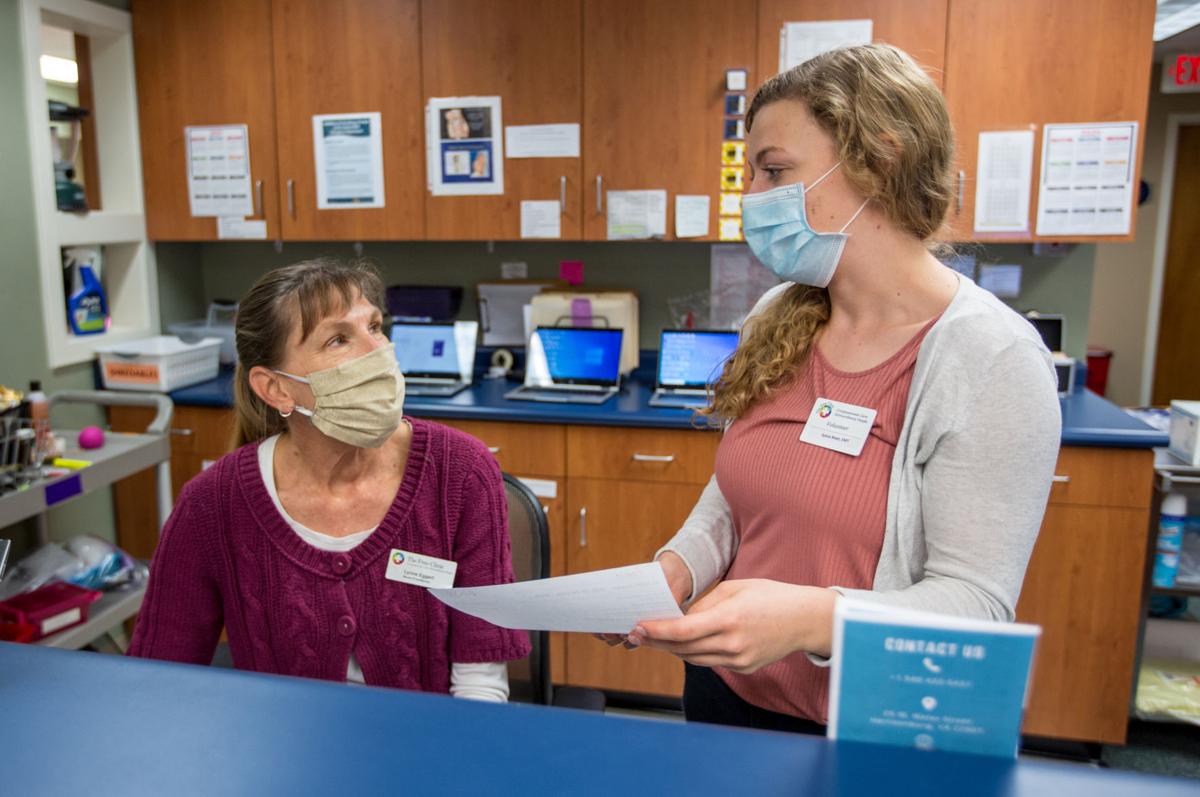 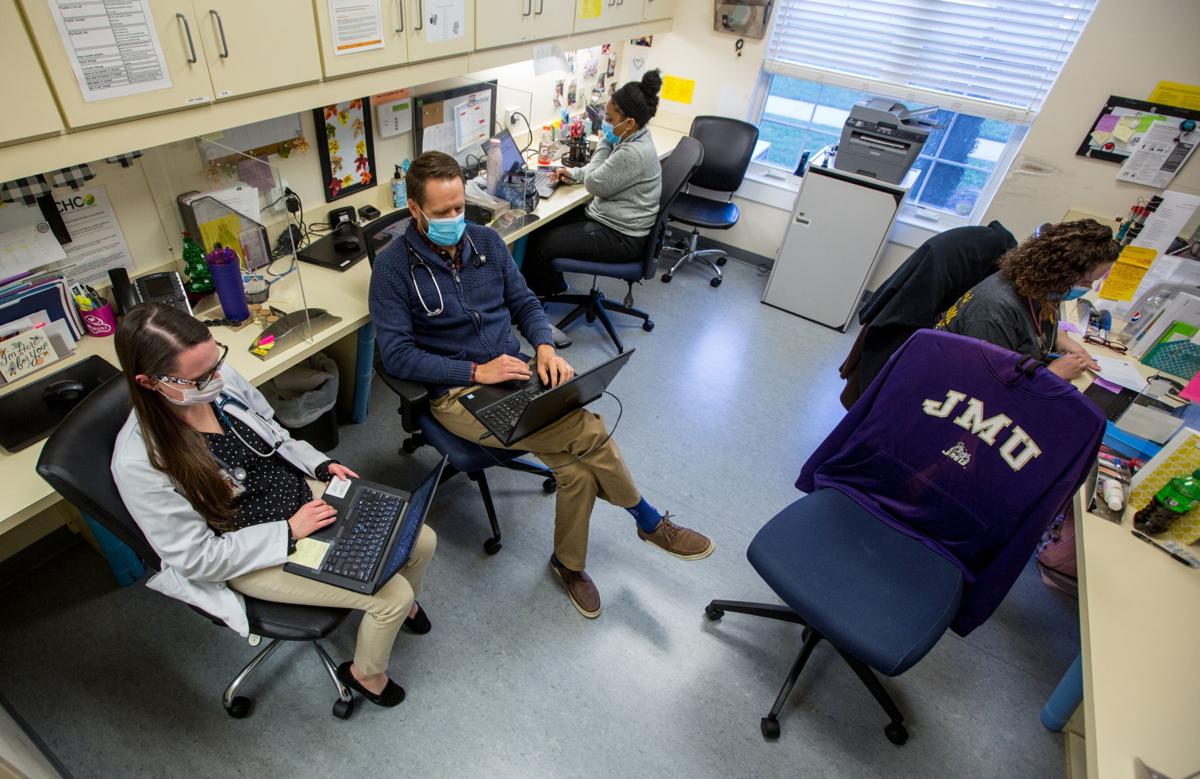 Staff at HCHC work in a nurses’ station Friday. According to Summer Sage, director the Harrisonburg-Rockingham Free Clinic, patients are eyeing transferring care to either Sentara or Carilion Clinic satellite locations as well as HCHC

Staff at HCHC work in a nurses’ station Friday. According to Summer Sage, director the Harrisonburg-Rockingham Free Clinic, patients are eyeing transferring care to either Sentara or Carilion Clinic satellite locations as well as HCHC

After around 30 years, the last patients of the Harrisonburg-Rockingham Free Clinic were seen by providers in downtown Harrisonburg as appointments ended on Friday.

“What we’ve been doing leading up to that is trying to make sure we get all of our vulnerable and most vulnerable patients in for appointments in the time we’ve had available,” said Summer Sage, director of the Free Clinic.

Yet, there is still much work to be done before the Free Clinic closes its doors for good by the end of the year, according to Sage.

The Free Clinic provides medical care for over 400 low-income uninsured adults, and staff are helping them connect with new health-care providers before the clinic shuts.

“What we’ve been focused on at the clinic is how do we help the patients understand they need to have a medical home, even if you don’t need it today,” she said.

On Oct. 8, the nonprofit announced its board decided to close by Dec. 30 due to funding problems, fluctuations in the patient base, volunteer availability and knock-on effects of the COVID-19 pandemic.

Sage said in the last weeks of operation, the Free Clinic was only able to open three days a week — Monday morning, Wednesday morning and evening and Friday evening — a total of about 16 hours.

At its peak, the clinic was caring for 1,000 patients, but the number had dropped to around 600 right before Virginia expanded Medicaid on Jan. 1, 2019, according to a previous interview with Josh Hale, the president of the clinic’s board of directors.

The number of patients at the Free Clinic was then slashed to only 90, according to Hale, after the Medicaid expansion opened eligibility for 400,000 Virginians.

In response, the Free Clinic opened its eligibility requirements to help more people who were not covered by Medicare expansion, and the number of patients continued to grow when the COVID-19 pandemic struck.

The Harrisonburg Community Health Center rebranded as HCHC earlier this year. HCHC is a not for profit and was founded in 2007. It has two locations in Harrisonburg and one in Elkton.

“They have just been fabulous, I have to say,” Sage said of HCHC staff.

Sage said the Free Clinic cannot sign any of its patients up to continue to get health care anywhere else, but does try to encourage them and help them to go through the process of setting up new appointments.

“The patient has the deciding factor because it’s their health care,” she said.

Free Clinic patients are eyeing transferring care to either Sentara or Carilion Clinic satellite locations as well as HCHC, according to Sage.

“I think we’ve now had about five to six successful hand-offs of our most vulnerable patients” to HCHC, Sage said.

Yet, many of the patients who were being seen by the Free Clinic have also been seen by HCHC previously, according to Lisa Bricker, HCHC’s executive director.

Bricker said she could not provide Friday just how many patients had been seen by both the Free Clinic and HCHC. But since these patients have already been seen by HCHC personnel, they are all set up to continue to receive care via HCHC.

Bricker said there are no barriers to care at HCHC — whether it’s lack of a social security number, insurance or ability to pay.

“We depend on revenue that we generate from our commercial patients,” she said.

As a federally qualified health-care system, HCHC is required to provide transportation and pharmaceutical support to patients.

When the Free Clinic announced its closure, some in the community worried about how patients would be able to get to appointments wherever their next medical provider was located.

“The [Free Clinic] patients that need the pharmacy piece, I would say, are aware that [medications] are their highest cost piece and are looking at HCHC,” Sage said.

Laura Toni-Holsinger, executive director of the United Way of Harrisonburg and Rockingham County, said groups like the Free Clinic and HCHC work “creatively” to help area residents get connected to medical care.

“We have a complex health-care system in this country,” she said.

And there are many other issues individuals and families with economic instability face that also impact their health care, according to Toni-Holsinger.

“Maybe it’s not a traditional prescription that’s needed, it’s food” or another necessity, she said.

The Free Clinic will be closed next week for Thanksgiving and the front desk will be open between No. 30 and Dec. 4, which is the last day for medication and script pickups.

And Sage said it isn’t easy for the Free Clinic’s staff to say goodbye because of “the emotions of closing down something that they’ve been a part of, some of them for 20-plus years.”