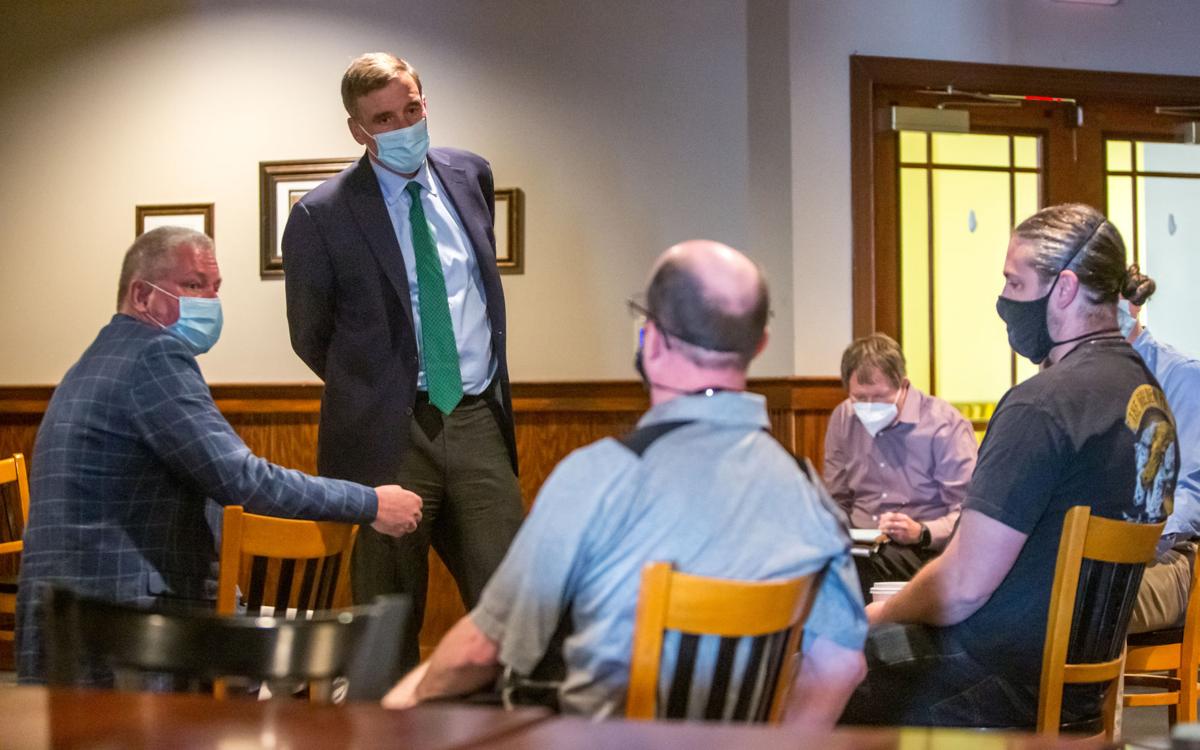 Sen. Mark Warner, D-Va., talks with local restaurant owners about the American Rescue Plan during a roundtable at Capital Ale House in Harrisonburg on Tuesday. 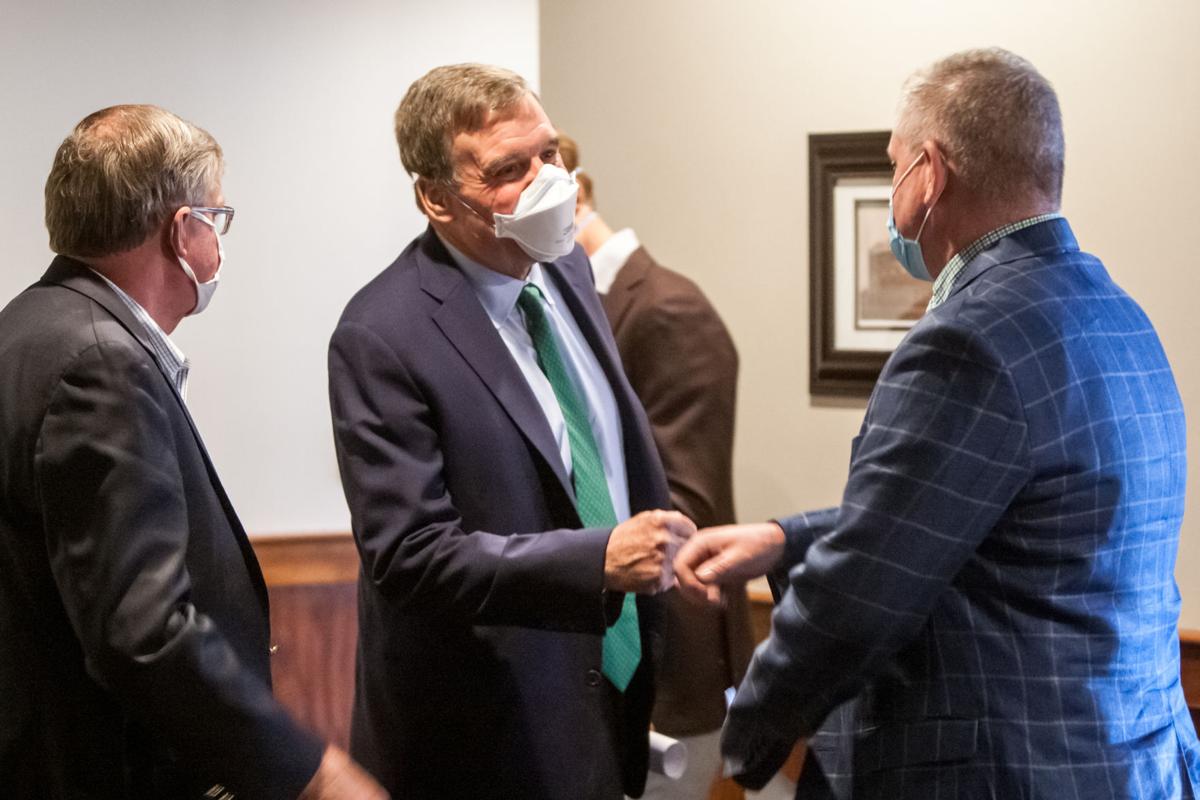 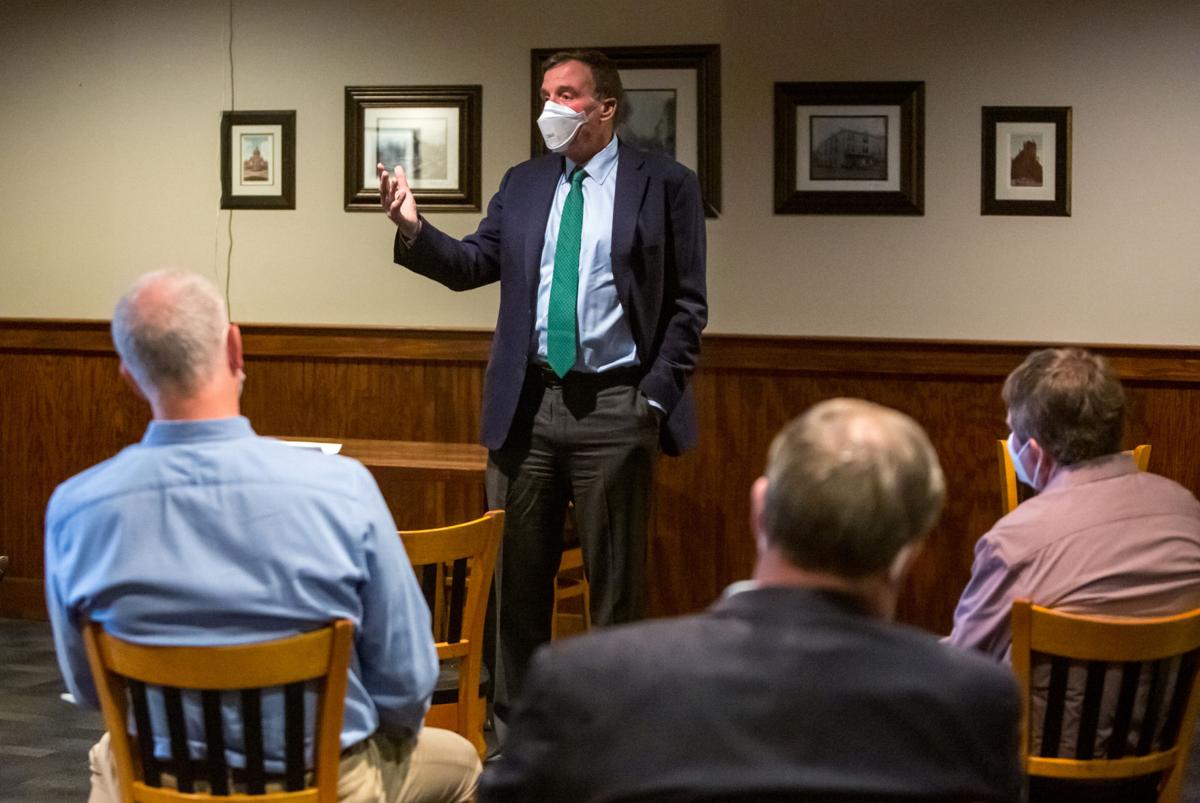 Sen. Mark Warner, D-Va., lamented the partisan approval of the American Rescue Plan but said it is popular with voters of all political stripes. 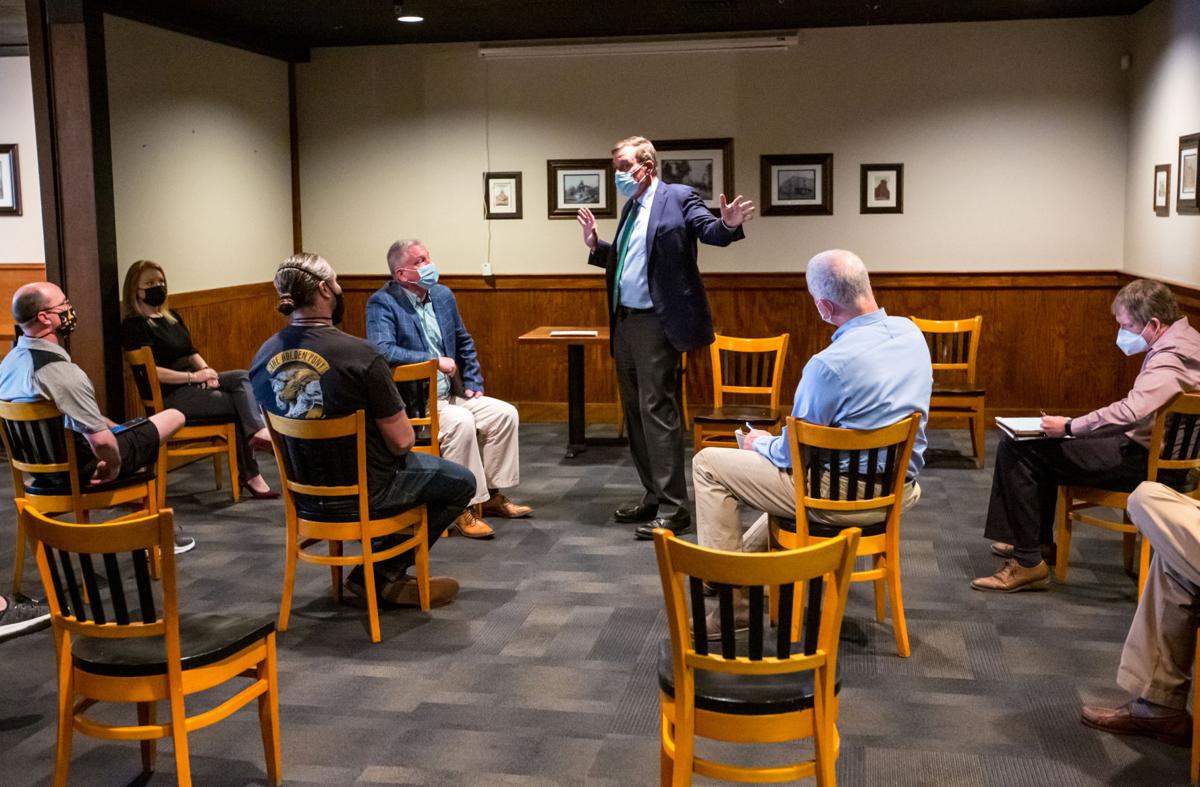 Sen. Mark Warner, D-Va., talks with local restaurant owners during a roundtable at Capital Ale House on Tuesday in Harrisonburg.

Sen. Mark Warner, D-Va., talks with local restaurant owners about the American Rescue Plan during a roundtable at Capital Ale House in Harrisonburg on Tuesday.

Sen. Mark Warner, D-Va., lamented the partisan approval of the American Rescue Plan but said it is popular with voters of all political stripes.

Sen. Mark Warner, D-Va., talks with local restaurant owners during a roundtable at Capital Ale House on Tuesday in Harrisonburg.

Standing outside the Capital Ale House in Court Square, Paul Somers put it all on the line.

The COVID-19 pandemic was brutal to the restaurant, bar and music venue he owns — The Golden Pony — located not far from where he stood Tuesday, just north on Harrisonburg’s Main Street.

A one-hour meeting with U.S. Sen. Mark Warner, D-Va., provided Somers and a group of other local restaurant and bar owners from the region a chance to pick Warner’s brain about what was available to them through the American Rescue Plan.

The American Rescue Plan, passed in the House and Senate on a party-line vote and signed into law by President Joe Biden on March 11, is a $1.9 trillion COVID-19 rescue bill that, along with a third round of stimulus checks sent to some American families, also included more relief packages for small businesses through a dizzying array of grant and loan applications.

The latter was the crux of Warner’s Harrisonburg stop during his three-day swing through the Shenandoah and Roanoke valleys.

Warner stood in front of the local business owners on the second floor of the Capital Ale House, and tried to provide some clarity for any questions after briefly summarizing some of the programs available.

“The restaurants are happy that the federal government is providing this assistance, but they want more certainty of, when do they see the money. When are they going to see the checks,” Warner said. “One of the things we tried to do was cut back on some of the bureaucracy, make it a little easier to access the earlier program — the [Paycheck Protection Program] — even if you’re a music venue.”

Part of the American Rescue Plan includes $1.25 billion for the Shuttered Venue Operators Grant program that was of interest to Somers, whose venue is known for its live, local music shows. Prior to the March bill, those who applied for the grants were unable to apply for the PPP loans. However, those restrictions have been lifted, allowing Somers to, potentially, access both.

While Somers said Warner wasn’t able to answer his questions fully, he was provided an opportunity to talk with the senator’s staff after the meeting, and was hopeful more in depth follow up answers would be emailed.

“So, that was helpful,” Somers said.

The plan also includes the $28.6 billion Restaurant Revitalization Fund that can provide grants to restaurants, craft breweries and bars.

The latest round of money, however, came with a warning. Warner said he expected the bill to be the final COVID relief passed by the U.S. government.

“There’s a lot of resources here, but use your money wisely,” he said.

“I was concerned about the fact of the $1.9 trillion, only 9% was directed to COVID-specific programs and after voting for over $2 trillion in COVID assistance, I was concerned that this additional funding was more of a bailout for Democrat friends than it was about helping people address the COVID crisis,” Cline said in an interview with the Daily News-Record last week.

Despite the Republican pushback, Warner said the plan was needed.

“We’ve put $5 trillion into the economy in the last year, $3.5 trillion of that came under [former President Donald] Trump,” he said. “There’s a lot of money being put in, both parties have some responsibility on that, but I think history will show that if we haven’t made these kind of record expenditures, we could have ended up with a depression.”

Warner lamented the partisan nature of the vote.

“As somebody who saw the first four of these packages were broadly bipartisan, I wish this last one would have been bipartisan as well,” he said. “But I’ve yet to hear from any restaurant, any nonprofit, any business owner that isn’t welcoming this additional assistance. I do think the American Rescue Plan is pretty popular amongst people of all political backgrounds. But, again, I think legislation is just better if it comes out bipartisan.”

Back outside on Court Square, Somers also lamented the partisanship.

“I felt like that all got in the way of progress,” he said. “Early on in the pandemic, I really naively felt like this was going to, like, finally be the thing that brings us all together.”

“This has been a lot for everybody.”

I did not see where anyone asked the most important question....Senator Warner, when will you and Hillary running mate Lil' Timmy finally leave the Commonwealth of Virginia and the United States of America..ALONE?