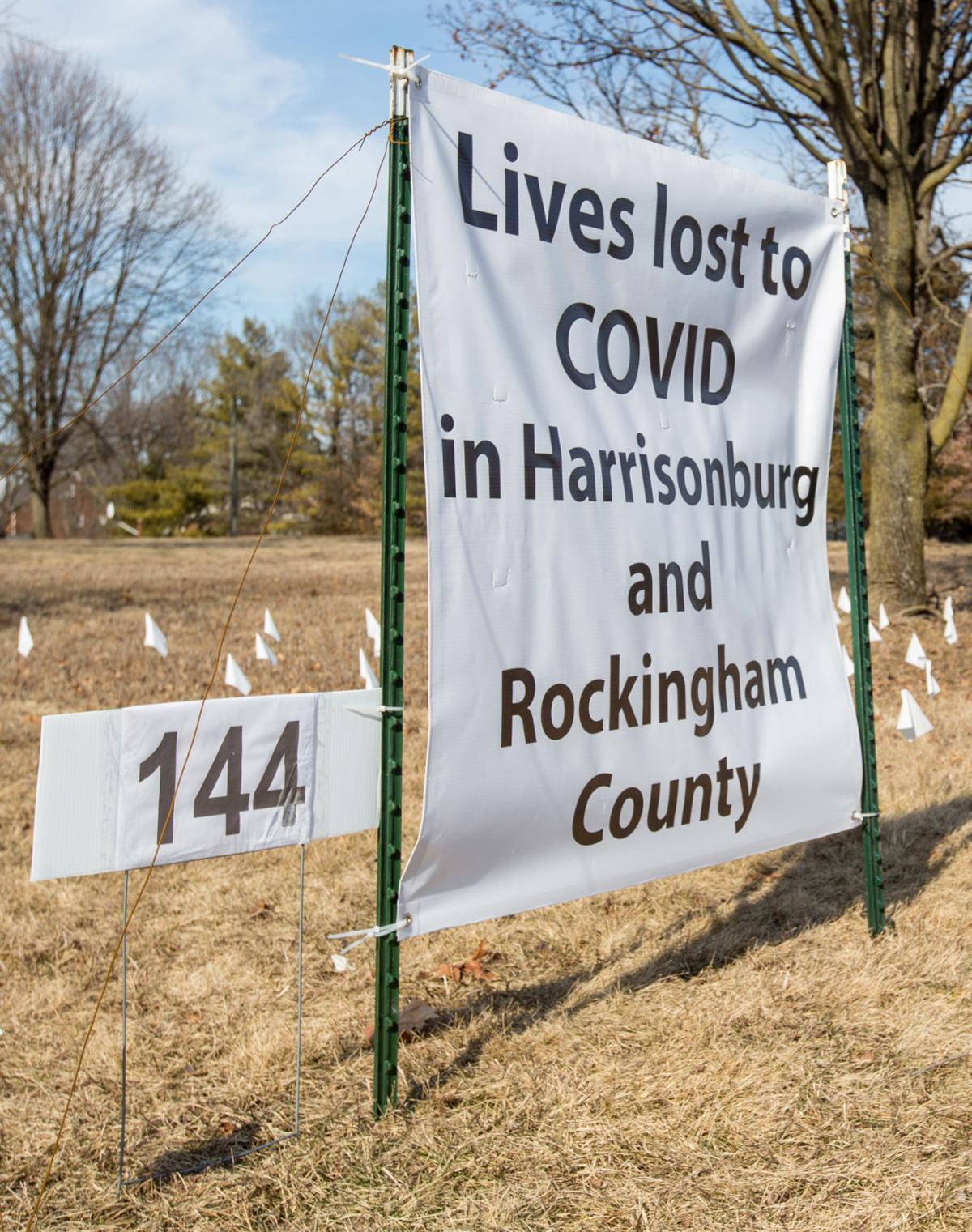 “It’s a way to raise awareness and serve as a memorial for those whose lives have been lost,” says Trinity Presbyterian Church Pastor Stephanie Sorge. 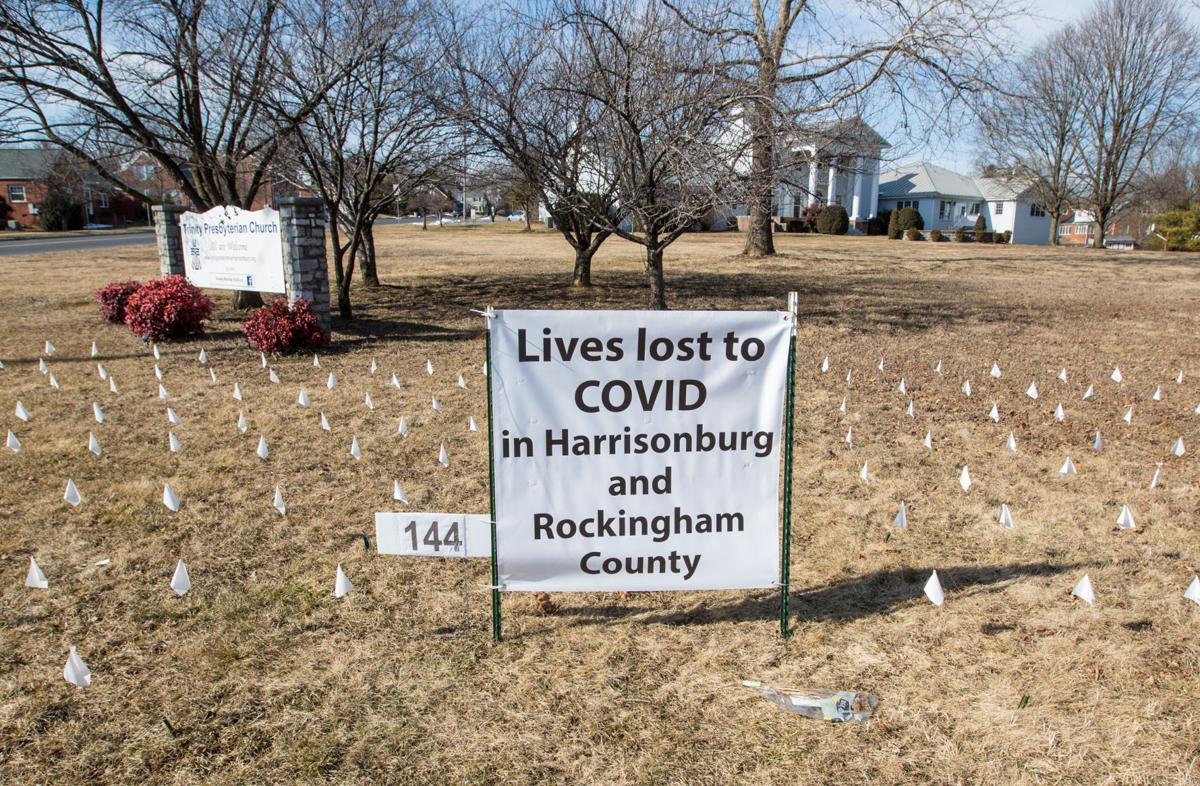 “It’s a way to raise awareness and serve as a memorial for those whose lives have been lost,” says Trinity Presbyterian Church Pastor Stephanie Sorge.

As drivers pass through the intersection of South High Street and Maryland Avenue on their busy commutes to and from work, Pastor Stephanie Sorge hopes they notice the subtle art display laid out on Trinity Presbyterian Church’s front lawn.

After a couple in the congregation thought of the idea, the church opted to plant small, white flags in the ground — one for each person who has died from COVID-19 in Harrisonburg and Rockingham County.

“We have a good place for visibility,” she said. “It’s a way to raise awareness and serve as a memorial for those whose lives have been lost.”

She said she wants the hundreds, if not thousands, of passersby each day to take time and reflect on the serious consequences the virus has brought with it.

“That’s a pretty big increase. I hope it’s a reminder that COVID is still with us,” Sorge said. “It’s still making people sick and killing people. As tired as we are of changing our lives, it’s still a present threat. We still need to be doing the things, like wearing a mask, social distancing.”

Jeff Guinn, an outdoor public artist who helped create the LoveWorks sign in downtown Harrisonburg, said the display sends a strong message to the community.

“Having art in the public space gives people a common language to process things that we are all experiencing,” he said. “It’s something to look at that can give us some context about that sense of loss in our community.”

She said the memorial was needed to honor those that have died from the virus.

“It struck me that it was the only one I’ve seen in town,” Beers said, adding that each flag represents an entire set of friends and families who are grieving. “It’s a way to remember all of the people that have been affected by that one flag.”

The latest display by the church is not the first time it has used its prominent space to send a subtle message to the community.

In 2017, the church used its space as a memorial for the 10th anniversary of the Virginia Tech shooting when 33 people, including the shooter, died in a rampage at the Blacksburg campus. The memorial consisted of 33 T-shirts with the names of each person who died during the attack. Church members decorated the shirts.

Sorge said the church was moved to present the COVID-19 display because of how hard the community has been hit, especially in the church’s own neighborhood and congregation.

She said her church lost one member to COVID.

“We’ve had others in the congregation who have lost loved ones,” Sorge said. “It’s very real to us.”

And within a few blocks of the church, at least 21 residents at Accordius Health died from the virus.

Just next door to the nursing home, she said, sits an apartment complex that has many immigrant families who didn’t qualify for either of the two stimulus checks.

As part of a community-wide effort with New Bridges Immigrant Resource Center, the church’s Sanctuary House Church, helped raise roughly $100,000 to help the immigrant population rebound from lost jobs and wages because of the pandemic.

As Trinity Presbyterian Church continues to help those struggling from COVID-19, Sorge said, she hopes there comes a day soon that they will be able to stop planting flags.

But for now, she said, the church will continue to honor each local victim that died from the virus.

“These deaths can be minimized,” she said. “I hope that people that have lost loved ones or are suffering that they understand that there is a community here that is praying for them. We want them to know they don’t grieve alone.”