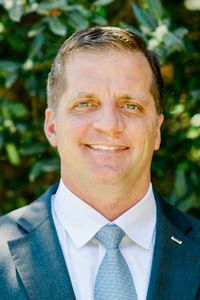 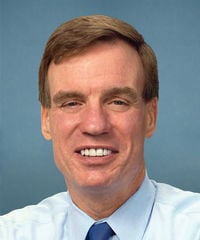 U.S. Sen. Mark Warner, D-Va., and his Republican challenger, Daniel Gade, will have three debates before the November election, according to an announcement Wednesday.

Gade is a U.S. military veteran who lost his leg while deployed in Iraq in 2005 and an American University professor who is running against Warner, a telecommunications businessman who also was the Governor of Virginia from 2002 to 2006 and was elected to the Senate first in 2008 and reelected in 2014.

The three debates will have the two candidates discuss various issues facing Virginians and other Americans, such as the COVID-19 pandemic and healthcare prices.

The first debate is slated for Sept. 23 and will be hosted by the Northern Virginia Chamber of Commerce and NBC4 Washington.

Warner and Gade are scheduled to debate again on Oct. 3 in Norfolk, where the event will be hosted by Norfolk State University and a yet undecided media partner. The Norfolk debate will be focused on issues surrounding race and justice.

Richmond will be another location for a debate between Gade and Warner, where the event will be hosted by the AARP and WTVR on Oct. 13.

“These debates are a critical opportunity for Senator Warner to continue to share his vision for the future of the commonwealth and discuss his work to protect and expand access to healthcare and deliver lasting economic relief to Virginians struggling during the COVID-19 crisis,” said Kate Waters, a spokesperson for Warner in an emailed statement.

Thursday, Gade accepted an invitation to a fourth debate, which the Warner campaign has not accepted as of Friday evening.

Waters said the Warner campaign is planning to participate in the three announced debates and additional forums and joint appearances, but not any additional debates.

The fourth debate would also be in Richmond and would be hosted by the League of Women Voters and WRIC Channel 8 on Oct. 6.

In June, Gade asked Warner to participate in five debates across the state before the election.

“Debates are critical to our Republic because Virginians deserve to know their candidates can fight for their values,” Gade said in an emailed statement.

In other federal election news, candidates campaigning for the 6th U.S. House District, which includes Harrisonburg and Rockingham County, are trying to organize debates before November.

“We want to make sure everything is going to be safe as far as the current health situation,” said Tyler Adams, campaign manager for incumbent candidate Ben Cline, R-Lexington.

“We should have a decision made on that and we’ll make an announcement in the near future,” Adams said.

The other candidates in the race, including Democrat Nicholas Betts, of Lexington, and Independent Aaron Luciani, of Roanoke, also said their campaigns have spent the past few days discussing how to set up debates.

“We are working on that,” Betts said. “I think it’s in the process right now.”

Luciani said his campaign manager would be sending emails out Friday evening to the other candidates to “open that dialogue.”

“We’re very excited to debate, so that’s absolutely something we want to do pretty quickly,” Luciani said.

Apparently, Mr. Gade is just another champion of the mass importation of cheap labor from alien cultures and, as such, intends to continue to subordinate the interests of the American working family to those of citizens of foreign countries. He and Mr. Cline should make for good political bedfellows.

We certainly cannot expect ‘debates’ hosted by mass immigration organizations such as the chamber of commerce and the league of women voters or a leftist “social justice” organization such as AARP to hold the feet of these two to the fire on the issue so we can expect Mr. Warner and Mr. Gade to vomit forth the usual DNC and RNC regurgitations. Sorry, Mr. Evans, but their ain’t gonna be no “taking back” America anytime soon.

So, like it or not, and in spite of his lackadaisical attitude toward his immigration campaign promises, it remains important that Mr. Trump be retained as a continued Dutch Boy with is little finger in a massively leaking dam.