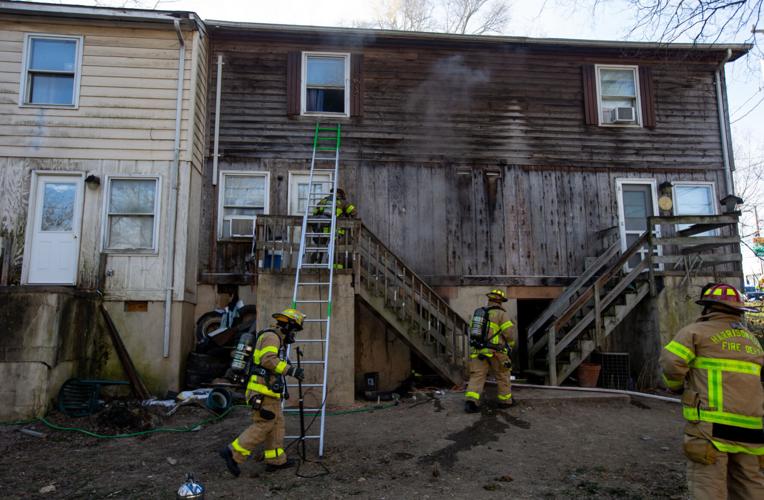 Harrisonburg firefighters secure the scene of a residential fire on Logan Lane on Tuesday. 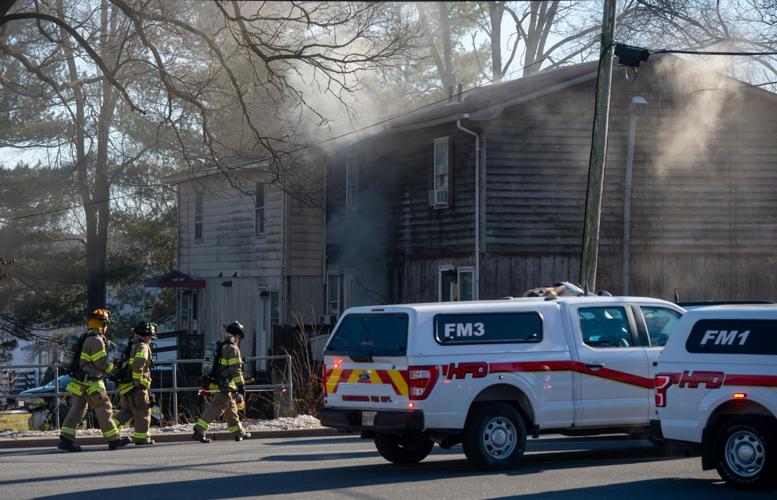 Four animals were evacuated from the scene of the fire on Logan Lane. 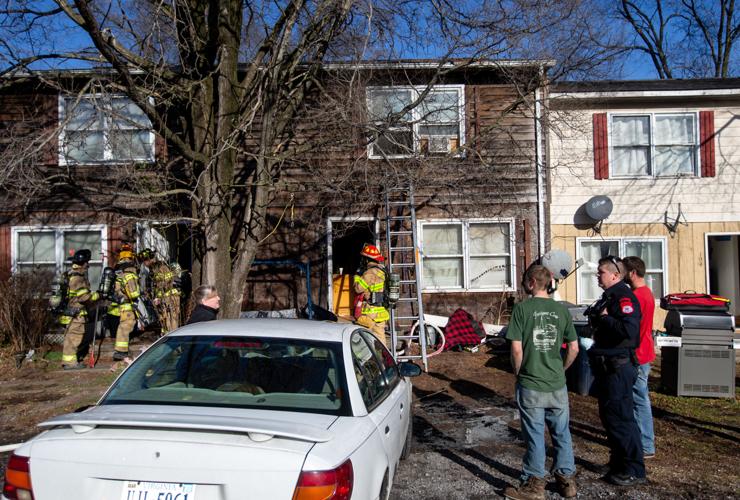 Harrisonburg firefighters work at the scene of a residential fire on Logan Lane Tuesday.

Harrisonburg firefighters secure the scene of a residential fire on Logan Lane on Tuesday.

Four animals were evacuated from the scene of the fire on Logan Lane.

Harrisonburg firefighters work at the scene of a residential fire on Logan Lane Tuesday.

Seven adults were displaced after a residential fire on the 100 block of Logan Lane in Harrisonburg on Tuesday afternoon.

At 2:15 p.m., fire units were dispatched to the 100 block of Logan Lane, near the South High Street intersection, for reports of a structure fire and the possibility of a person trapped inside the building, said Harrisonburg Fire Chief Matt Tobia.

Upon arrival, firefighters confirmed the fire originated in the building’s basement and “quickly determined that no one was trapped inside the structure,” Tobia said.

“Ultimately, we were able to contain the fire with the first alarm assignment, which is four engines, a ladder truck and some chief officers,” Tobia said.

There were no injuries, Tobia said.

Four animals were safely evacuated from the home, according to Harrisonburg Animal Care and Control. Officers brought the animals to the Rockingham-Harrisonburg SPCA to be cared for, at no charge to the victims of the fire, until they can secure living arrangements.

The fire was under control at about 2:45 p.m., and the cause of the fire is under investigation, Tobia said. An estimated amount of damages was unavailable.

All lanes of South High Street were closed for about an hour as crews battled the fire, according to the city’s Twitter account.

The American Red Cross is assisting those displaced, Tobia said.