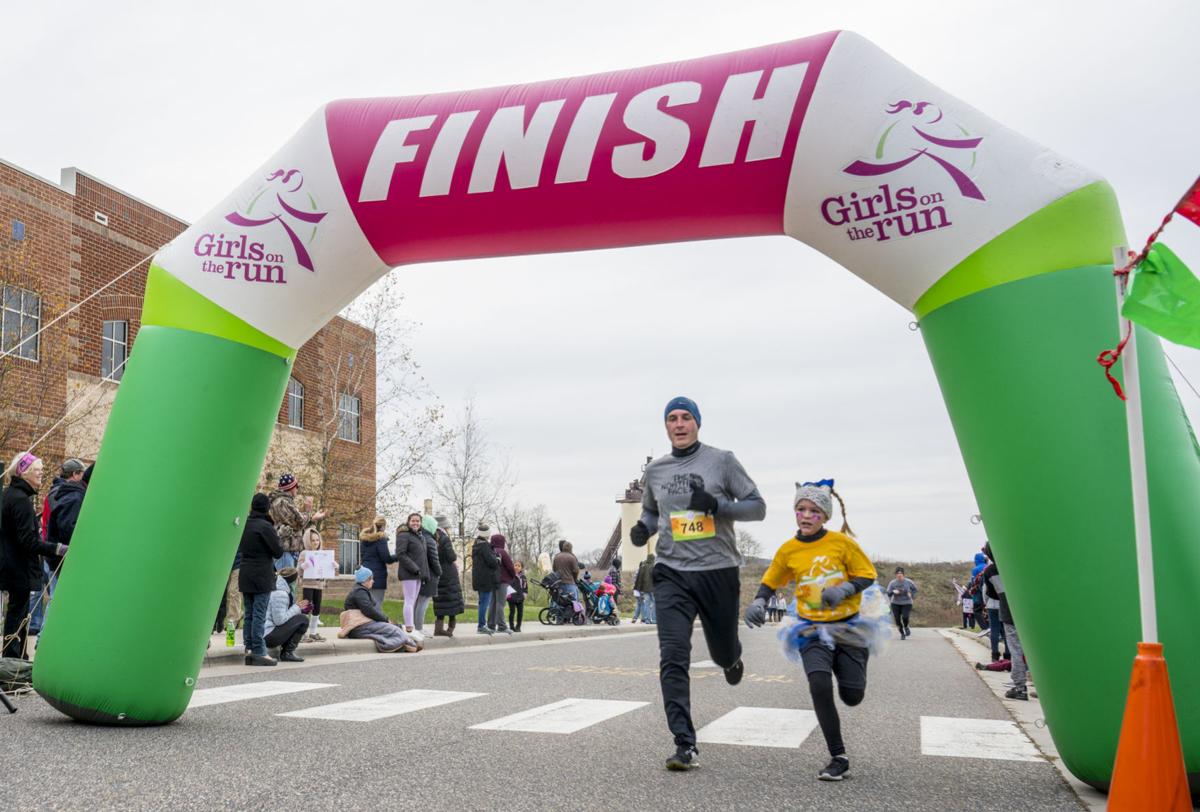 Travis Sinnett, left, runs with his daughter, Olivia, who attends Elkton Elementary School, in the Girls on the Run of the Shenandoah Valley 5K at Skyline Middle School in Harrisonburg on Sunday. 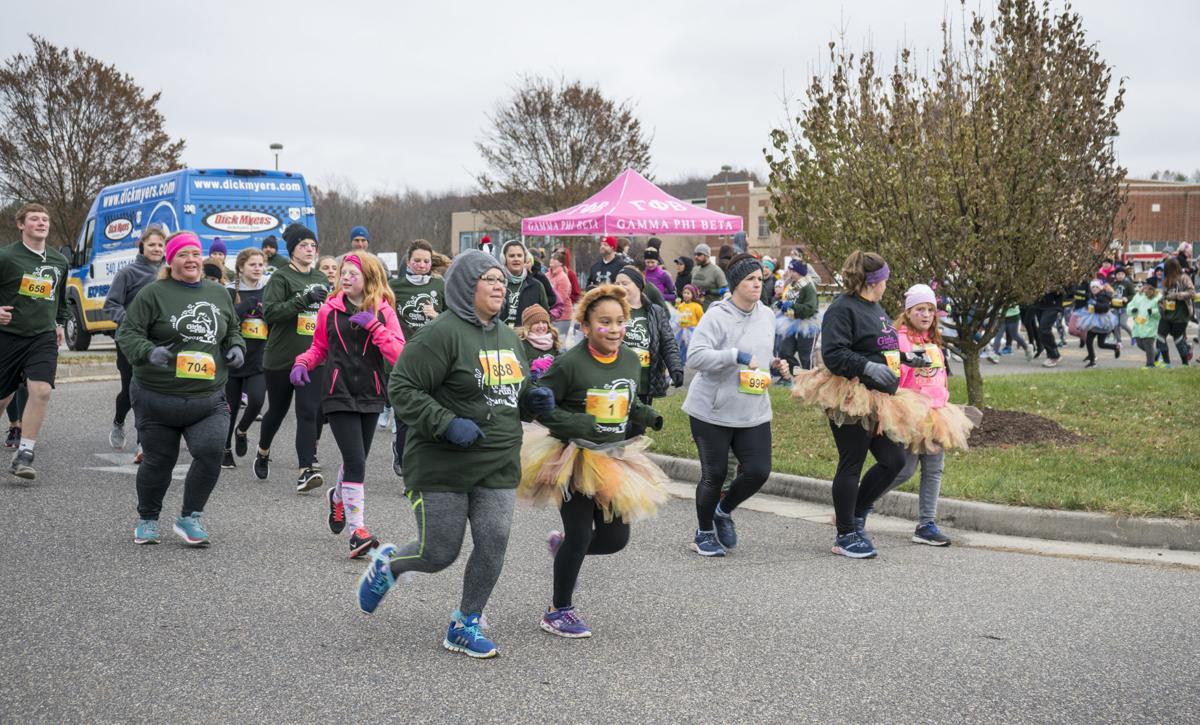 Hundreds of runners attend the Girls on the Run of the Shenandoah Valley’s third Harrisonburg 5K on Sunday. 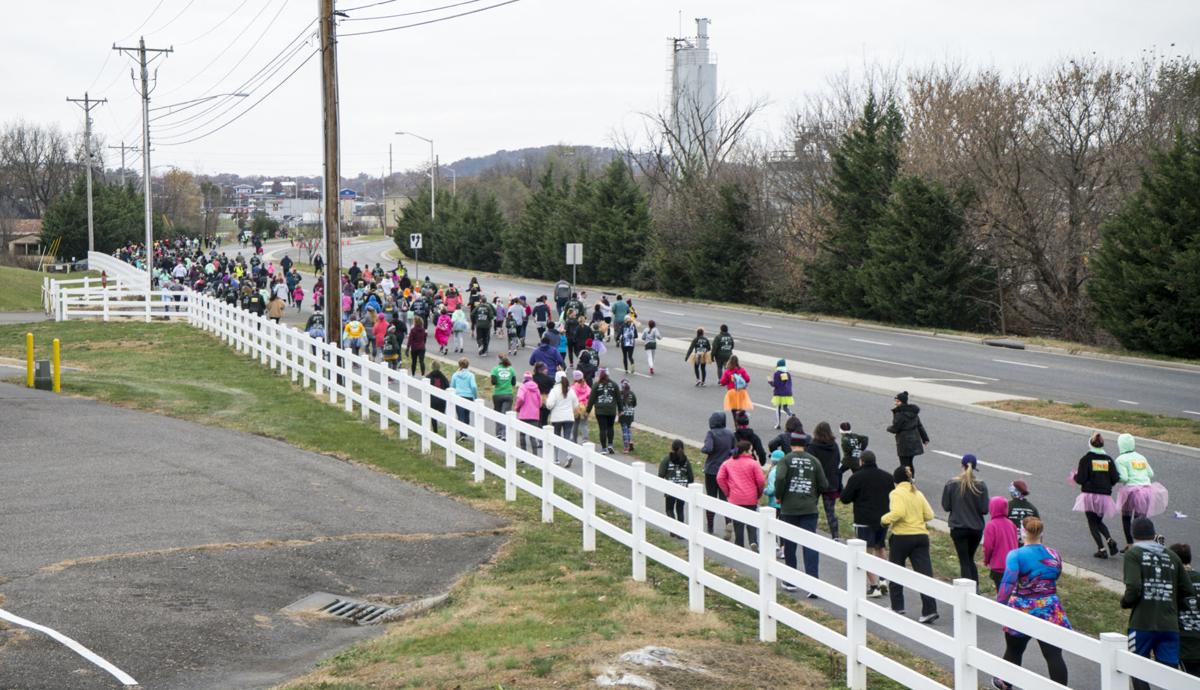 The 5K course takes runners around Skyline Middle School and down Linda Lane.

Travis Sinnett, left, runs with his daughter, Olivia, who attends Elkton Elementary School, in the Girls on the Run of the Shenandoah Valley 5K at Skyline Middle School in Harrisonburg on Sunday.

Hundreds of runners attend the Girls on the Run of the Shenandoah Valley’s third Harrisonburg 5K on Sunday.

The 5K course takes runners around Skyline Middle School and down Linda Lane.

On your marks, get set, star power!

Girls on the Run of the Shenandoah Valley had its regional 5K race in Harrisonburg on Sunday as the final event after students trained for 10 weeks on social, emotional and physical strength after school.

Dia Russell, program director for the local chapter, said the 5K is the final activity of the season, but the entire program is dedicated to empowering young girls in various facets.

“We focus on stuff like building confidence, believing in yourself, setting goals, perseverance, how to be a good friend, what to look for in somebody else who is a good friend, how to stand up for yourself in a non-confrontational way,” Russell said. “Being a good friend, looking for a good friend and finding your joy and really being OK with who you are.”

Girls on the Run is a national nonprofit that establishes spring and fall lessons on building confidence, setting goals and star power — the idea that, like stars, they each are unique and bright. The lessons are taught to girls between third and fifth grade, and girls in sixth to eighth grade can participate in a similar program by Girls on the Run called Heart & Sole.

Girls from both programs participated in the race. Jordan Monger, a student from Elkton Middle School, was the first girl to cross the line after 28 minutes, 30 seconds. Jordan had never run a race before and said she was surprised by her performance.

“I wanted to see if I was a good runner. I am a really good runner. It was really fun to have more people with me doing this. ... It makes you feel good,” Jordan said.

Sunday’s course was two loops around Skyline Middle School and along Linda Lane. The program had 13 teams in Harrisonburg and Rockingham County perform in the run. Nearly 200 girls from the programs completed it and an additional 200 other people ran alongside them.

Before the Harrisonburg program was started in 2017, Winchester was the sole site of Girls on the Run of the Shenandoah Valley since its establishment in 2010. Winchester had its 5K on Saturday.

Gamma Phi Beta’s philanthropic partner is Girls on the Run, and James Madison University’s chapter provided volunteers for the event. This semester, approximately 75 members volunteered on race day, and the sorority raised $27,000 for the nonprofit.

Philanthropy chair Rachel Lybolt said the sorority members love seeing the empowerment and early notions of sisterhood in the children. Each girl has a running buddy, and any child who cannot be accompanied by family is matched with a Gamma Phi Beta member for the run.

Girls were encouraged to choose someone special for their running buddies. Harrisonburg resident Krista Ziccardy is a frequent racer, but she said running with her niece, Morrigan Karnes, brought her a different sense of pride and joy.

“I run runs all the time, but this was special because of her,” Ziccardy said.

Paige Monroe, a student at Stonewall Elementary School in Frederick County, raised $336 and won the top “unstoppable us” fundraiser prize. Nearly $6,000 was raised in total by 65 girls for the fundraiser.

Before the event, food from El Primo taco truck was sold, and sponsors had tables with activities such as bracelet making by the Harrisonburg Women’s Service League.

Rainbows of tutus, temporary tattoos and spray-on hair dye were worn by many of the young runners in a celebration of their individuality and spunk.