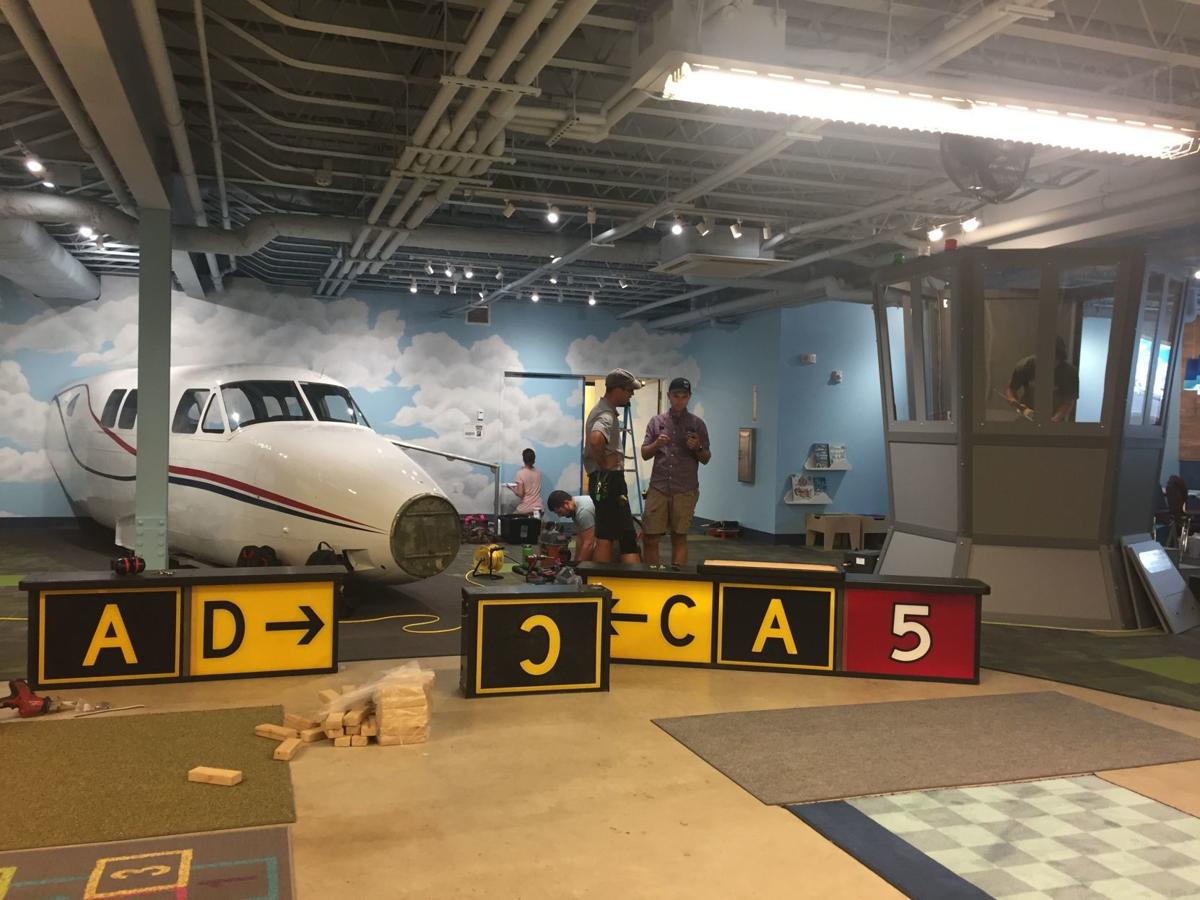 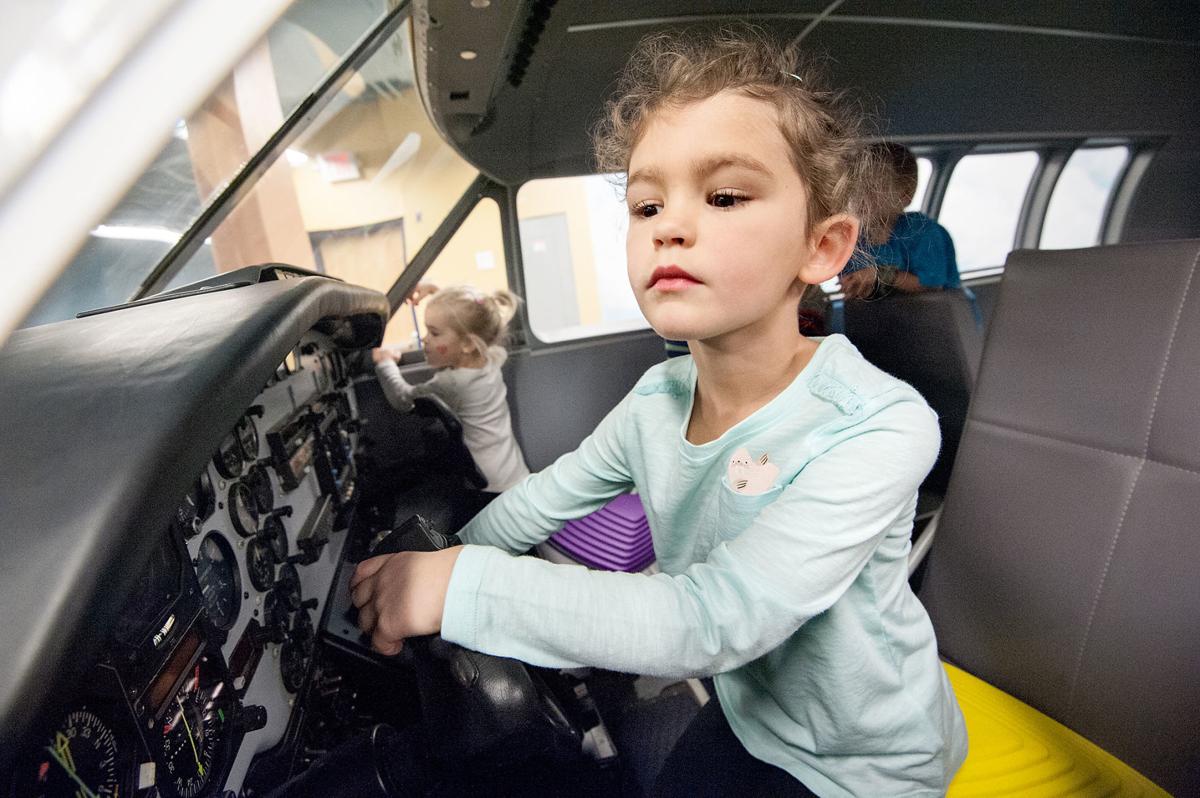 Annie Beitzel, then 4, plays in the newly installed airplane at the Explore More Discovery Museum while with her mother, Alicia Beitzel of Harrisonburg, in downtown Harrisonburg in November 2017. The aviation area of the museum is getting an upgrade this month.

Annie Beitzel, then 4, plays in the newly installed airplane at the Explore More Discovery Museum while with her mother, Alicia Beitzel of Harrisonburg, in downtown Harrisonburg in November 2017. The aviation area of the museum is getting an upgrade this month.

HARRISONBURG — Kids often dream of being astronauts and going to space, but the Explore More Discovery Museum may inspire the next generation to look up at the clouds instead of the stars.

Each year, the museum closes after Labor Day to spruce up the interior and bring in new interactive exhibits. The biggest expansion is to the aviation exhibit, which will feature runway lights converted into benches and an updated air traffic control panel with equipment and monitors.

Shenandoah Valley Regional Airport, which often raises funds and gifts interactives to the museum, donated the runway lights. The air traffic control tower is being modified to include access to real-time weather, a flight tracker with global plane routes and lights to communicate the pilots are “clear for takeoff.” Wings are also being added to the plane.

Exhibit director Marcia Zook said the museum is designed with various small, physical pieces for easy interaction and fun, but the exhibits are structured around real opportunities specific to the area so kids learn as they play.

“There are a lot of local aviation-related companies, and we always try to make our museum reflect the things that are happening in our community. So it’s not just a generic museum. It’s actually our space in Harrisonburg in the Shenandoah Valley, and it’s reflective of that,” Zook said.

The museum is a hands-on space that targets ages 1 to 12, but it continues to expand in ways to invite people of all ages. Two years ago, the museum added a Maker’s City studio workshop, which has a sewing machine, woodworking and a 3D laser printer.

Lisa Shull, the executive director, said each year’s temporary closing brings small changes but each addition adds a lot in the big picture of opportunities for visitors to explore.

“Some of these things might be small touches, but those who come to the museum on a regular basis will probably walk through and find some new things in each of the exhibit areas,” Shull said.

Smaller touch-ups include new paint for the theater space on the first floor, where children can put on costumes and perform for a crowd. The science lab is also shutting down the “Going Buggy” setup and transitioning to a learning space about the five senses.

On the second floor near the aviation space, a dog house is being constructed so children can practice both everyday and advanced care on stuffed animals.

“There will be vet care and even basic things like taking your dog for a walk. It’s important to feed your puppy and give your puppy plenty of water. We will have the vet play area where kids can put a bandage on a pet, they can look at pet X-rays,” Zook said.

The next time the museum will close is Nov. 15 in preparation for its biggest fundraiser of the year, Night at the Museum. Annually bringing nearly 300 attendees, adults are welcome to a night of silent and live auctions, music and dancing. Various downtown restaurants donate food and drinks for guests to enjoy. Tickets are available for purchase online.

The museum will open its doors to the public again on Sept. 17 and return to its regular hours of 9:30 a.m. to 5 p.m. Next week’s reopening will premiere the expanded aviation exhibit, updated theater area and pet care space. Admission is $7.50 per person except for First Fridays, which has free entry.