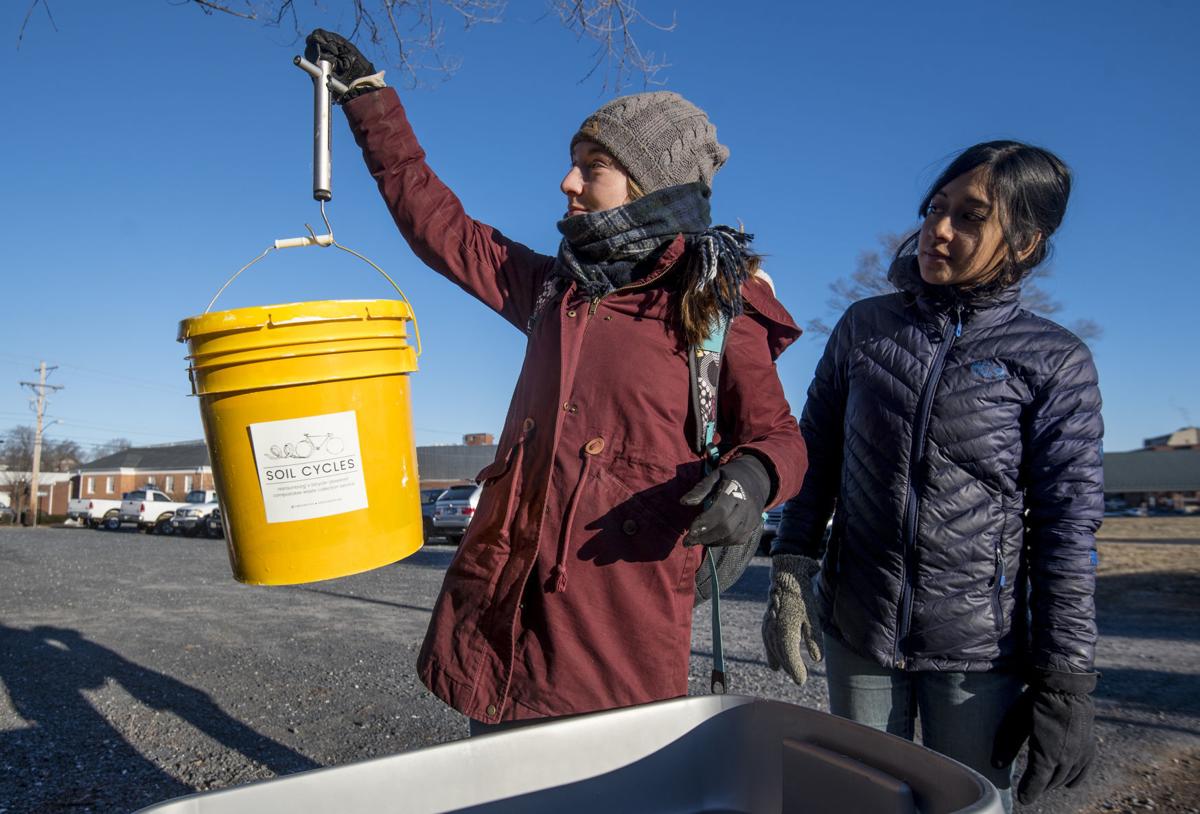 Soil Cycles co-founders Amelia Morrison (left) and Nidhi Vinod weigh a compost bucket from a customer at a hub near the Harrisonburg Farmers Market on Thursday morning. 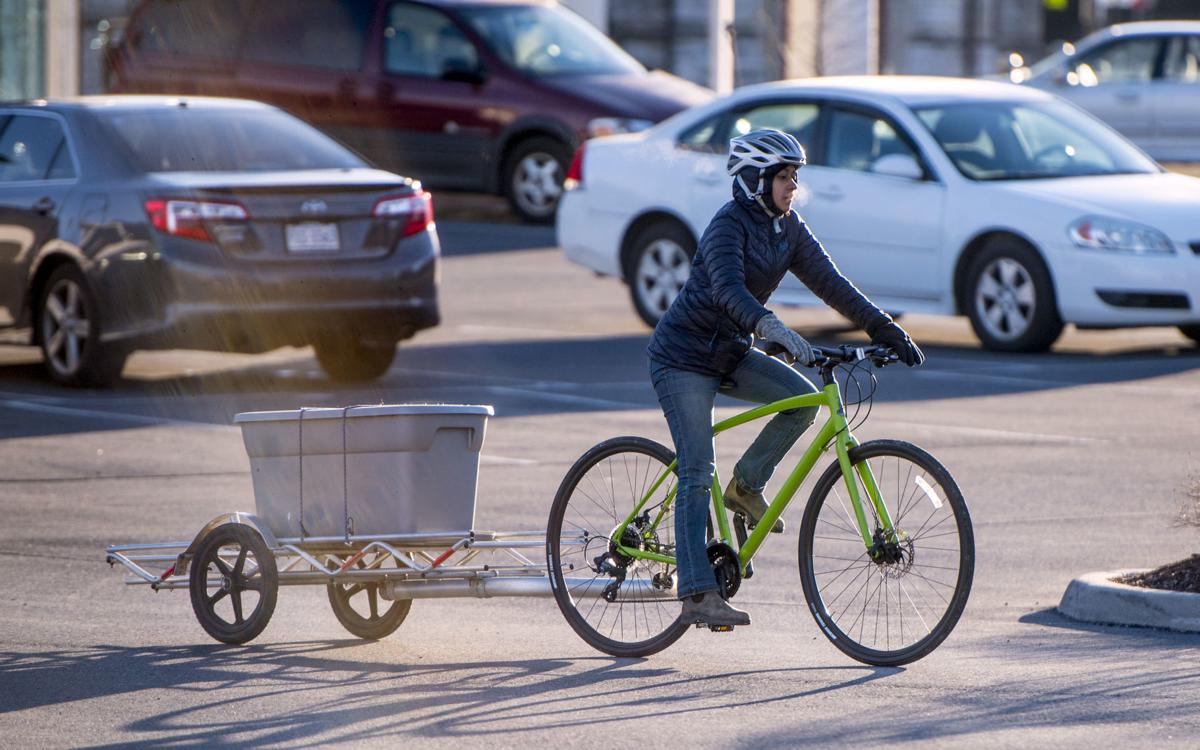 Soil Cycles co-founder Nidhi Vinod brings a load of compost from customers to a hub near the Harrisonburg Farmers Market on Thursday. 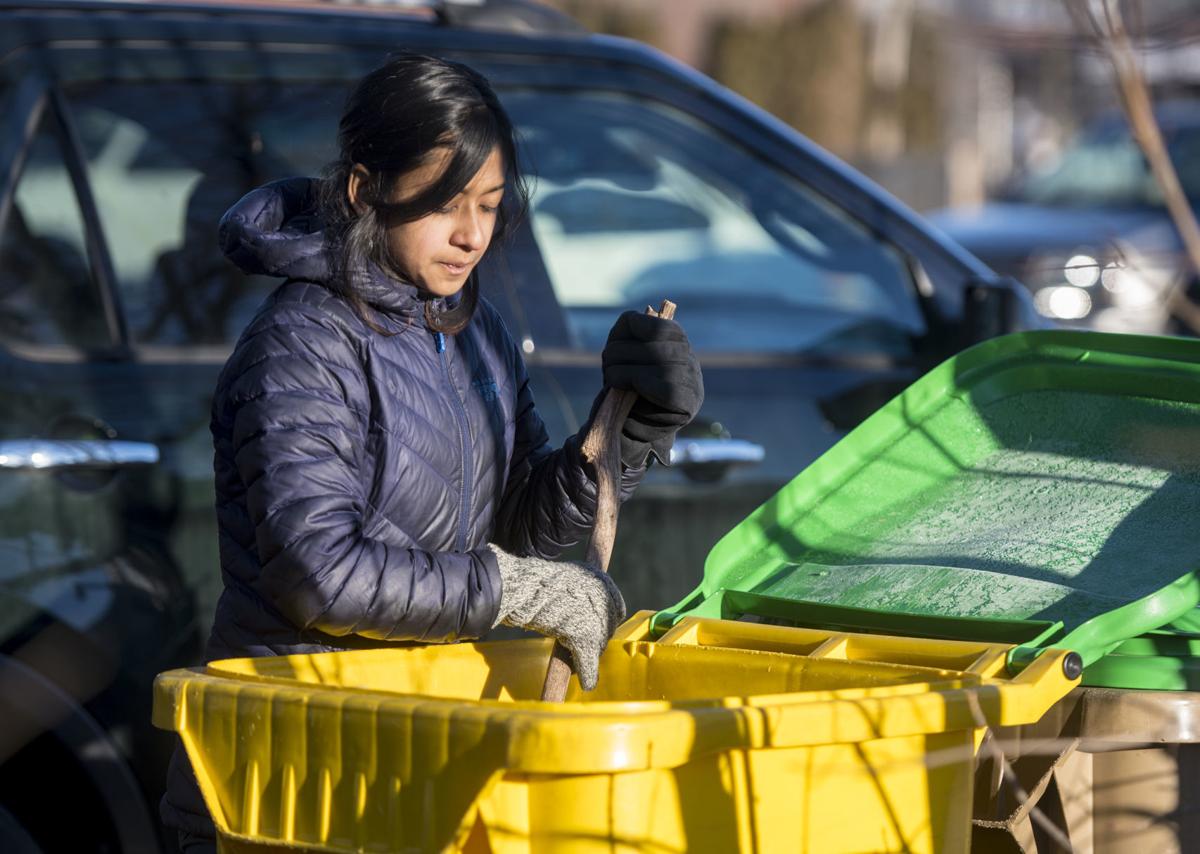 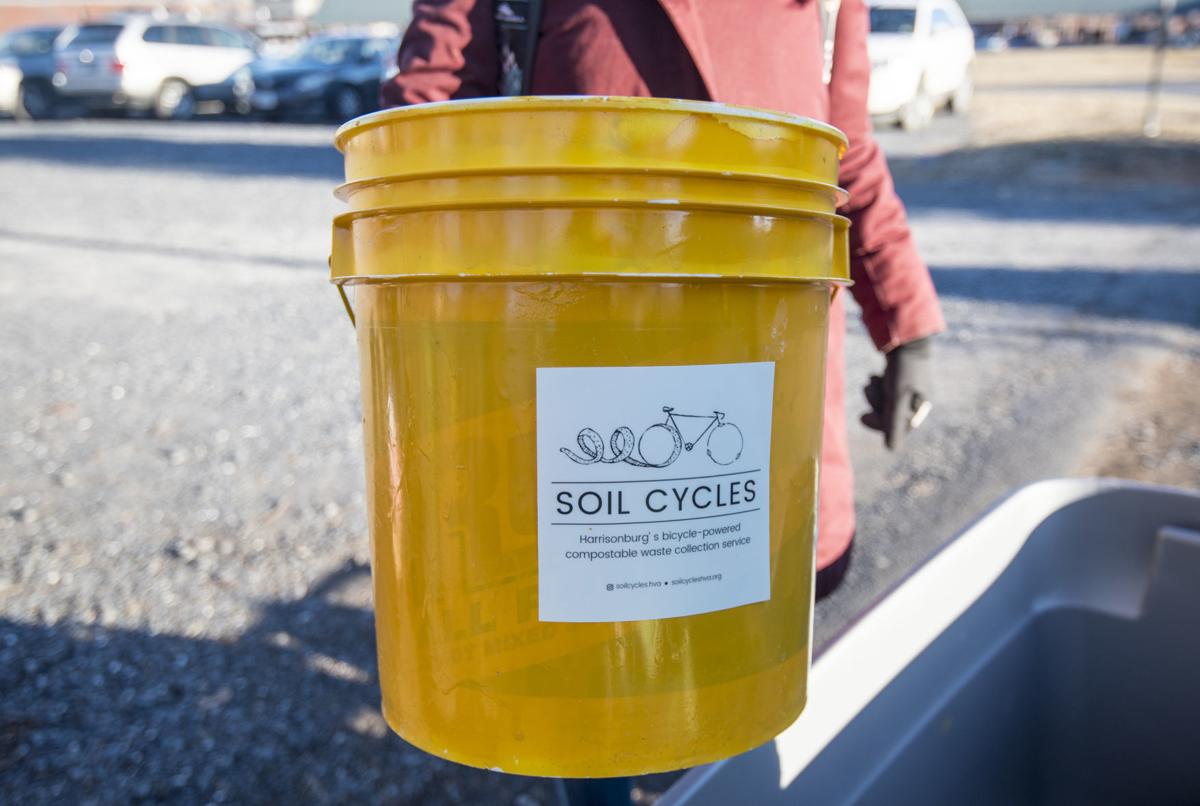 Soil Cycles was founded in June to divert biodegradable waste from the Rockingham County Landfill.

Soil Cycles co-founders Amelia Morrison (left) and Nidhi Vinod weigh a compost bucket from a customer at a hub near the Harrisonburg Farmers Market on Thursday morning.

Soil Cycles co-founder Nidhi Vinod brings a load of compost from customers to a hub near the Harrisonburg Farmers Market on Thursday.

Soil Cycles was founded in June to divert biodegradable waste from the Rockingham County Landfill.

HARRISONBURG — After the city of Harrisonburg’s household recycling service discontinued last year, some residents were looking for solutions to keep waste from piling up in the landfill.

“We just realized how much waste there was going to be in landfills,” Vinod said.

The pair founded Soil Cycles as a nonprofit in June.

“Organic waste in the landfills is such a destruction. It produces so much methane, which is more powerful than carbon dioxide, one of the most contributing factors to climate change, and this is affecting our local biodiversity because scraps are in landfills,” Vinod said.

According to the Virginia Department of Environmental Quality’s 2018 annual Solid Waste Report, there was 124,912 tons of waste in the Rockingham County Landfill as of December 2017. The capacity of the landfill is 232,095 tons.

The DEQ expects the landfill to reach its capacity in slightly over two years, though construction recently wrapped up on a new landfill cell with capacity for another five to seven years beyond that.

“We’re just trying to figure out a way to offset that,” said Brian Nixon, the communications coordinator for Soil Cycles.

Basically anything that grows is compostable, according to Vinod. That includes food scraps from fruits, vegetables, meat, dairy, egg shells, coffee grounds and grease. Plastic straws, cups or containers that are bioplastic can be composted in an industrial composter.

Vinod, Morrison and their team collect compostable materials from residents and businesses on Mondays, Wednesdays, Thursdays and Fridays from 7:30 to 10 a.m. on a 6.2-mile loop.

The route extends as far north as Monroe Street near Brothers Craft Brewing, as far east as Myrtle and Ott streets, south to Port Republic Road and Maryland Avenue, and as far west as Willow Street and Hartman Drive.

Soil Cycles will pick up via bicycle only.

“When we established this system, we wanted to make it zero waste, which meant no fossil fuel usage,” Vinod said.

A Soil Cycles subscription costs $25 per month and includes a 5-gallon bucket for residents and a 33-gallon bucket for businesses and restaurants. Subscribers can choose to have finished compost delivered back to their doorstep to use the soil for gardening. The compost would take approximately eight weeks to process.

“Our ultimate goal is to have a cyclical system where we’re picking up a full bucket of food scraps and we’re leaving them with a completed bucket of soil,” said Nixon, a 28-year-old James Madison University grad.

Vinod said the soil could also be donated to local farms or community gardens.

“We can have more growth and regeneration of land and space,” she said.

Residential subscribers receive a rewards card when they sign up that features discounts at local restaurants and businesses.

“Our goal is to lift our local economy. So, by having all these local restaurants and businesses participating with us, we’re able to advertise for them and we have developed this relationship with our subscribers,” Vinod said.

Heritage Bakery and Cafe, at 212 S. Main St., uses the service. Owner Isabelle Vento said she was encouraged to sign up by Allie Emerick, owner of Bring Your Own, a shop that sells products for a zero-waste lifestyle, which is also a partner of Soil Cycles.

Vento wanted to join Soil Cycles to help minimize waste in town, knowing that the compost can be reused.

“We just wanted to help and make a difference,” Vento said.

Vento admits she initially felt intimidated having never composted before, but found the process was simpler than she thought.

“It’s doable,” she said. “It’s really actually pretty easy. You can compost almost anything, especially at a restaurant.”

Soil Cycles would like to lower its monthly cost in the future and potentially add more streets to its route.

“Once we get more subscribers, we’re open to expand wherever the need and interest is,” Nixon said.

Vinod hopes Soil Cycles can help make Harrisonburg as environmentally sustainable as possible. She said it may pick up recyclables, too, at some point.

“We want to have absolutely no food scraps going into the landfill,” she said, “but instead have an abundance of this rich soil in gardens, community gardens and farms.”