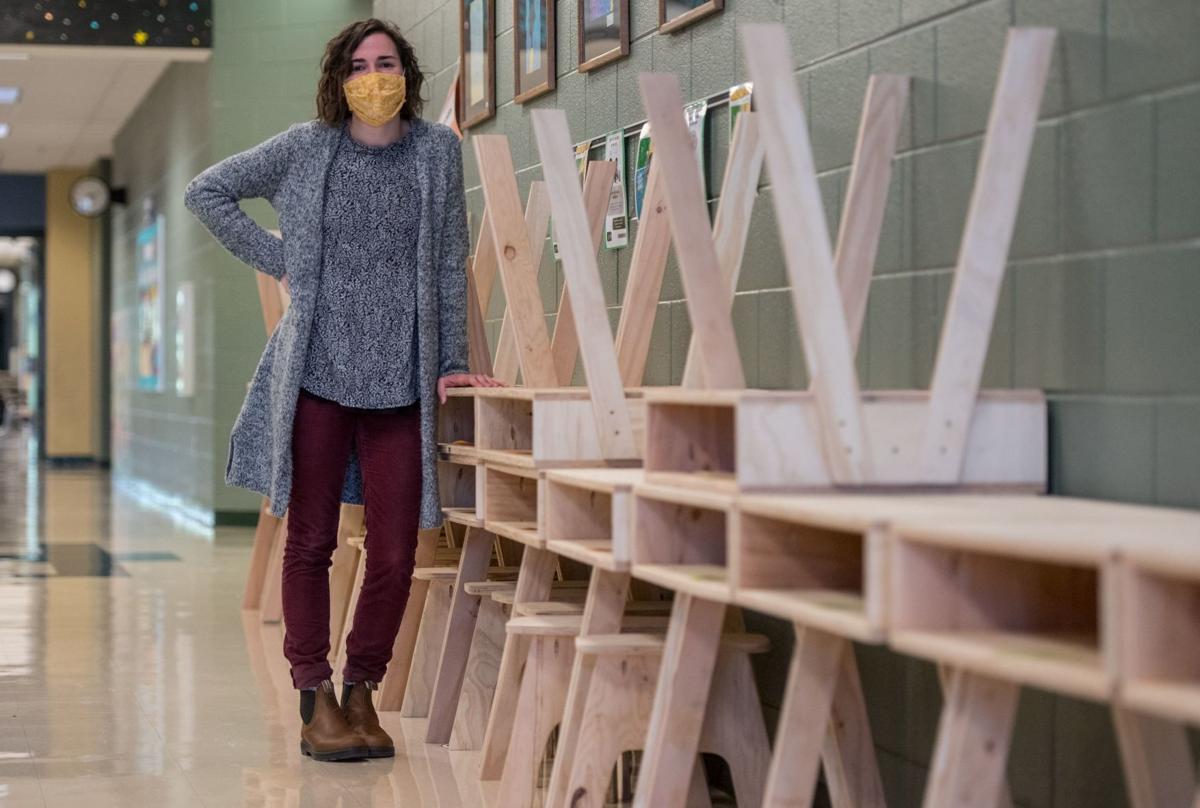 Smithland Elementary School art teacher Laura-Paige Keller poses for a photo with desks for students that were constructed by her father-in-law. 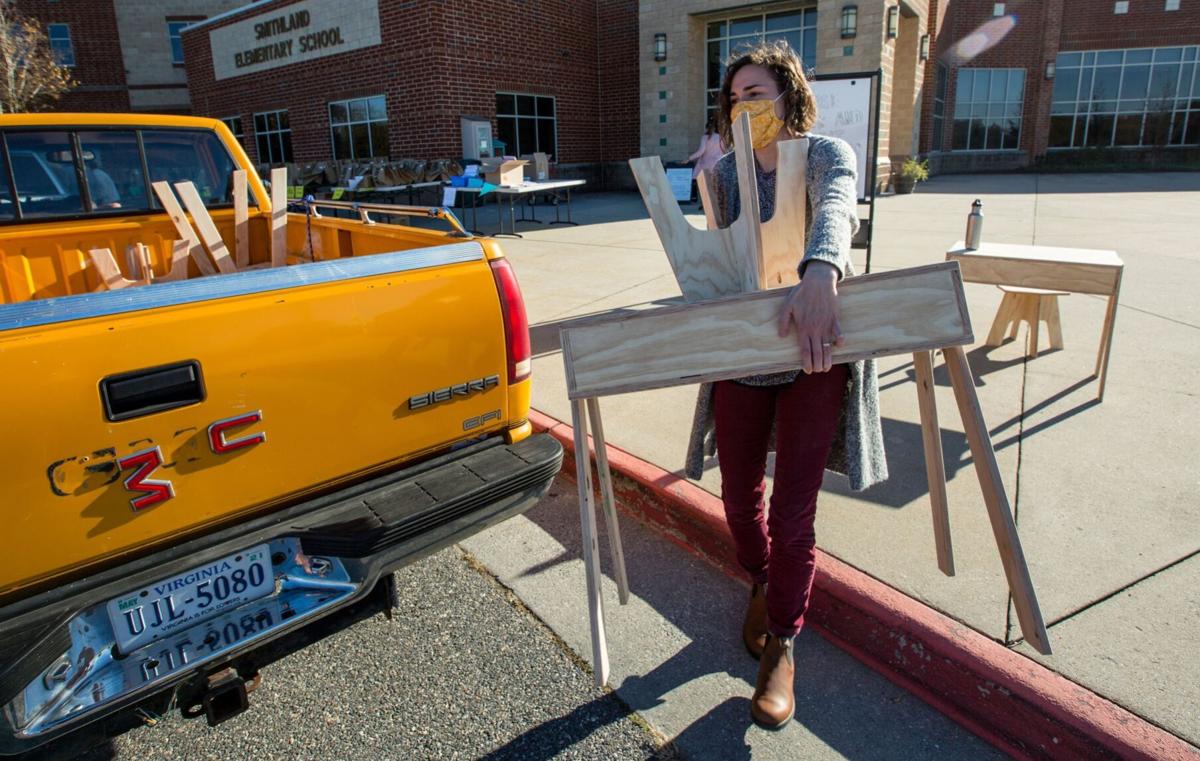 Smithland Elementary School art teacher Laura-Paige Keller carries a desk and stool for a student in need to a parent’s car Wednesday. 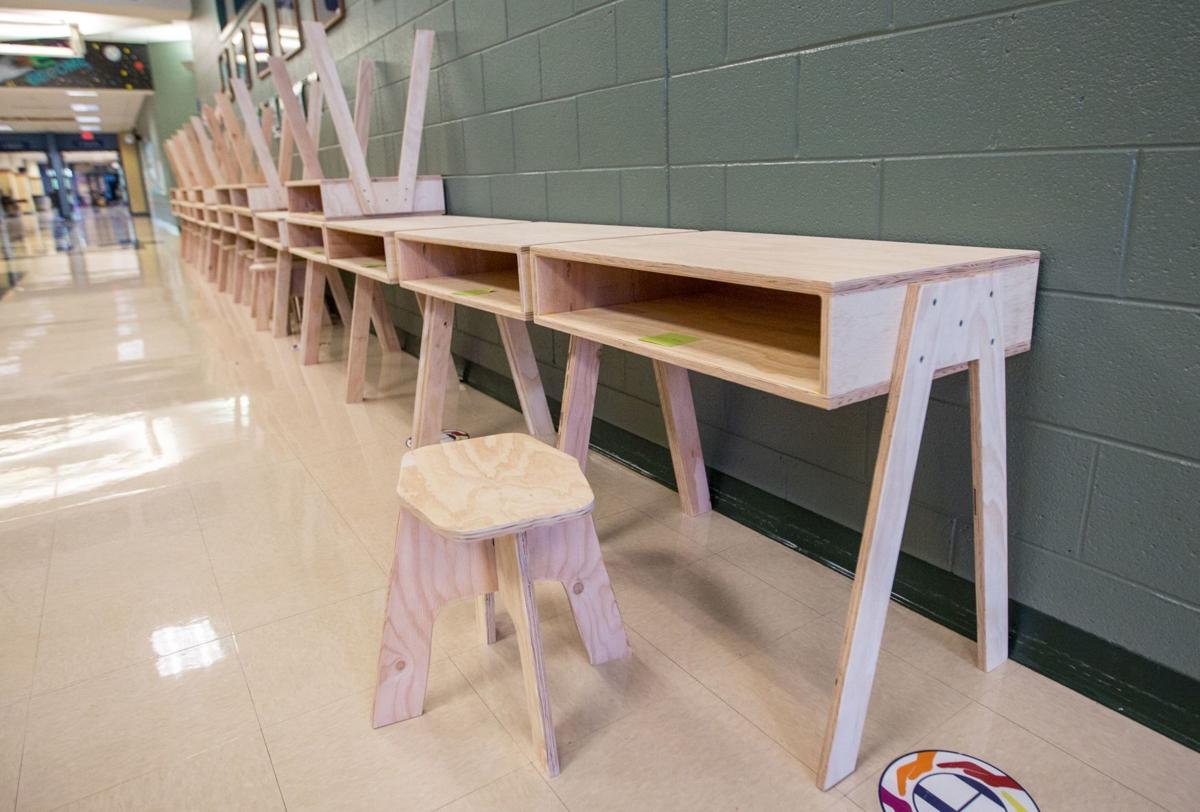 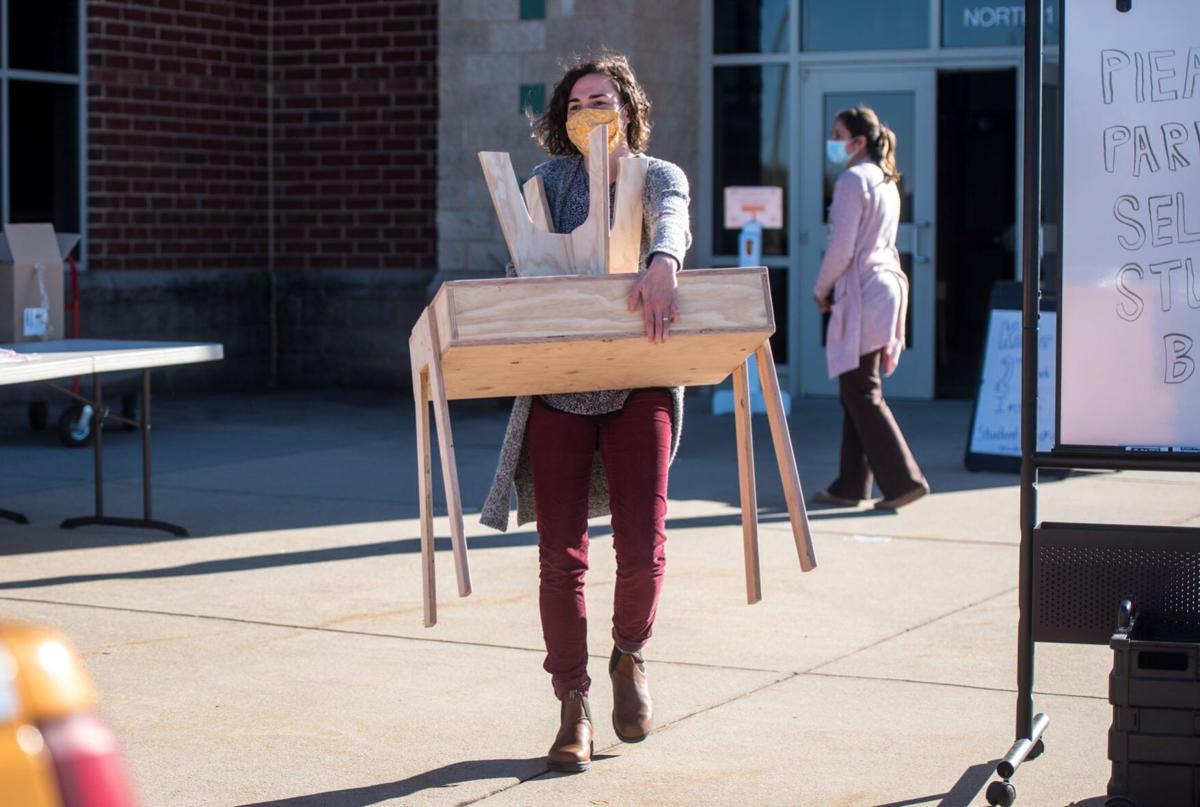 Smithland Elementary School art teacher Laura-Paige Keller carries a desk and stool for a student in need out to a parent’s car Wednesday.

Smithland Elementary School art teacher Laura-Paige Keller poses for a photo with desks for students that were constructed by her father-in-law.

Smithland Elementary School art teacher Laura-Paige Keller carries a desk and stool for a student in need to a parent’s car Wednesday.

Smithland Elementary School art teacher Laura-Paige Keller carries a desk and stool for a student in need out to a parent’s car Wednesday.

There has been no shortage of people using their talents to help others during the COVID-19 pandemic, which shut things down in mid-March, including schools.

And regardless of certain areas of life opening back up and “returning to normal,” that generosity of spirit remains.

One of the hardest adjustments most families have faced is helping their kids learn virtually these past few months. So many factors have either made this is a success for families or a challenge. And there are aspects that might not immediately arise to the foreground when considering virtual learning.

One of those small but big things is the physical environment in which kids are sitting behind devices day in and day out and being asked to pay attention and learn. Laura-Paige Keller, a teacher at Smithland Elementary School, was talking with another teacher and remarking that so often they observe students laying on their beds during Zoom lessons or laying on the floor. They clearly lack a proper desk with which to learn.

Keller mentioned this to her father-in-law, Robert Keller, who decided to use his woodworking skills to create simple but useful desks for students who need them.

Smithland teachers put out a survey to students to see who might need one. Forty-three surveys came back with a need.

Robert Keller contacted Lowe’s to see if it could assist with the cost of plywood, which runs about $48 a sheet. After waiting for word from Lowe’s, Keller decided to revamp his plans to get the most out of each sheet and bought enough plywood to make 14 desks.

“One of my grandsons came and stayed with me for a week and helped me cut up everything,” Keller said.

The first batch of desks was delivered to students. Seeing their excitement, and the improvement in attention span after having a space that felt less like home and more like school, motivated Keller to create more.

And it was around that time that Lowe’s contacted Keller and donated nine sheets of plywood for the project. In total Keller has been able to create 45 desks for students at Smithland Elementary School.

“It was very rewarding,” Keller said. “All that hard work, it was all worthwhile.”

Because it became very much a family undertaking, Keller’s son called Wednesday and asked what the next project would be.

“So, we’re making little stools to go with them,” Keller said.

On Wednesday, students swung by Smithland to pick up their new desks, Laura-Paige Keller said. And it was a joyous occasion.

“It was so sweet to see their smiles,” she said. And it wasn’t just the students — the parents were also touched by the kindness. “They are the ones I’m feeling for right now, having to figure all of this out.”