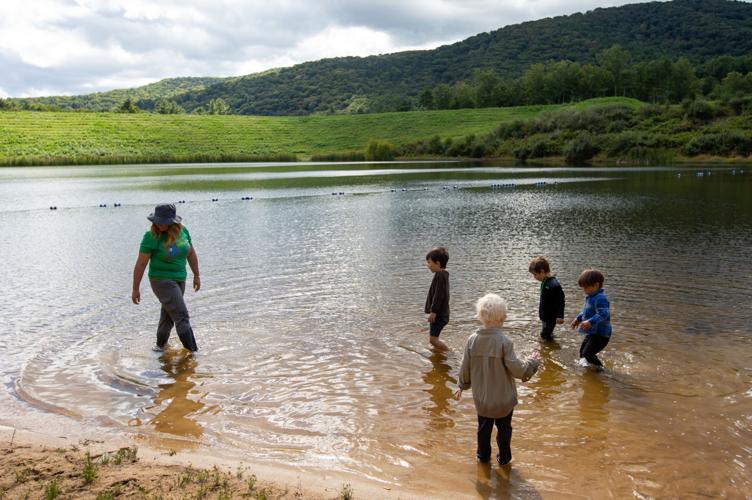 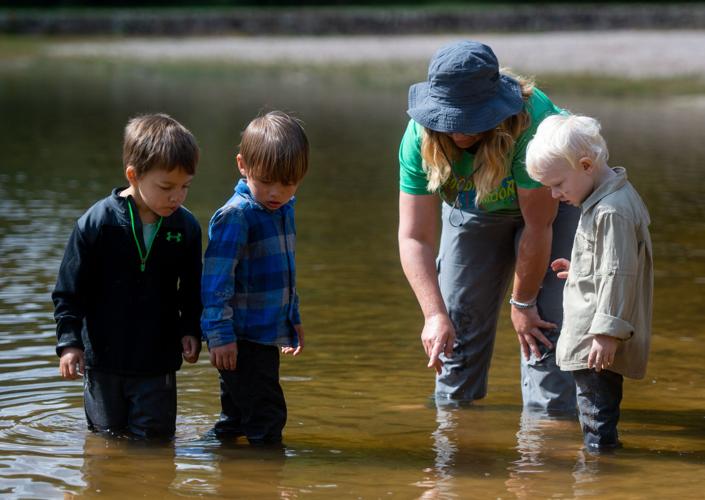 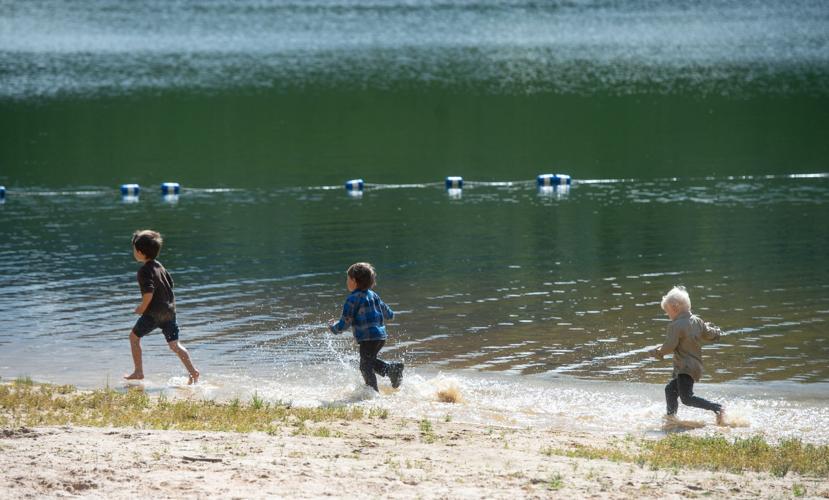 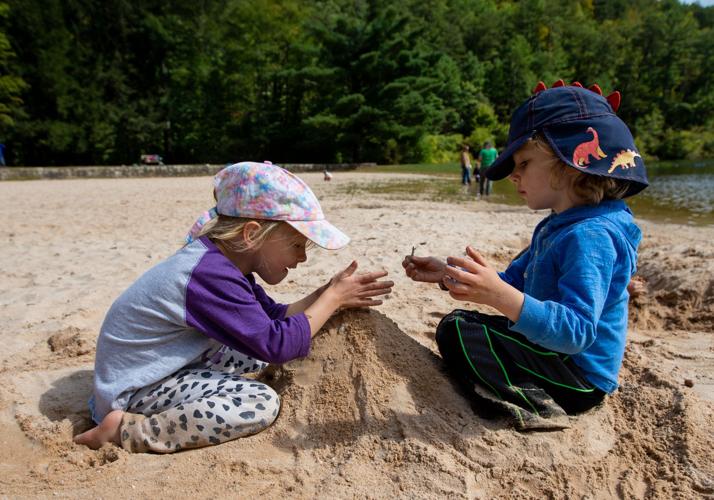 On the banks of a stunning lake in the George Washington National Forest in the depths of Augusta County, a group of 10 children ages 3 to 5 can often be seen playing.

Forever running, moving or splashing in Todd Lake, the members of the Appalachian Forest School are no strangers to nature and all that it affords.

One little boy picks up a salamander out of the water and offers it to his friend. The friend then gently has the salamander “kiss” the other friend’s hand.

One boy asks, “What if salamanders could talk? What would they say?”

His friend replies: “Probably ‘put me back in the water.’” So that’s what he did.

After all, as part of the Appalachian Forest School, students are outside every day, all year-round, rain or shine.

Lee and her husband, David, started the forest school for children ages 3 to 5 in 2018 with a pilot program of just a few students.

While David has a full-time job at Shenandoah Valley Electric Cooperative, he has been “huge” in the development and inner workings of the school, Stevie Lee said.

“Gotta give credit where credit is due,” she added.

Lee was getting her master’s degree from James Madison University. She had always been interested in the concept of outdoor learning and in her research came upon the idea of a “forest school,” something that has been around in European countries since the 1960s.

Despite its simplicity, the concept of formalized outdoor schooling is relatively new, according to the organization Growing Wild Forest School’s website. Humans have been learning within nature since the beginning of time, but the concept of the forest school did not originate until the middle of the 20th century, according to Growing Wild Forest School’s website.

“Nature-based, environmental and outdoor experiential education can take countless forms, such as summer camps, scouting, Outward Bound programs, wilderness therapy, and of course- forest schools. Today, forest schools can be found in dozens of nations around the world, with programs as diverse and unique as the locations, students and teachers themselves,” the site reads.

According to Growing Wild Forest School’s website, the first known forest school was formed in Denmark in 1952, but their popularity in European countries really began picking up in the ‘60s.

However, the forest school model did not come to the United States until much later, according to Growing Wild Forest School’s website. The first known modern forest school in the States was not founded until 1996 in California, the website says.

While forest schools are “catching on” in the Unites States, there are still relatively few compared to the number of traditional preschool programs that exist.

Not only is the Appalachian Forest School among a small and unique group, it is the first forest school to be licensed with the Virginia Department of Education.

Because students are outside all day, Appalachian Forest School was able to operate throughout the pandemic with the exception of the first two weeks after the world shut down.

Appalachian Forest School has 60 students between its summer program and its school year program. There are two school year classes in Harrisonburg and one in Staunton. However, all classes travel throughout the area, and the location of the class is merely for drop-off purposes.

Parents drop their children off at 9 a.m. and pick them up at 3 p.m. For those six hours, students are outside. Appalachian Forest School requires a “dress code” depending on the season. In the summer, it’s not as important. But in the winter students are required to wear base layers, fleece, rain bibs and rain shoes.

“It’s all about having the right gear,” Lee said.

In the winter, Appalachian Forest School uses a camp in the George Washington National Forest that has fireside forests, which provide warmth while still being outdoors.

The only time Appalachian Forest School is closed is when public school divisions close.

During the day students play and participate in whatever activities excite them. There is snack time, lunch time and story time, but otherwise play is unstructured.

“Research shows that for this developmental stage, unstructured play in the outdoors is especially crucial in the development of skills like problem-solving, communication and risk assessment,” Lee said. “The idea is that if they can build broad base skills resilience, problem-solving, etc., they will be better prepared for the traditional classroom when they learn specific skills like math, reading and science.”

It’s a model that has parents excited. There is a waitlist for all Staunton and Harrisonburg classes, Lee said.

I feel buoyant with happiness as I read here about the fabulous forest schools! Thank you, Ms. Williams for telling us about them.