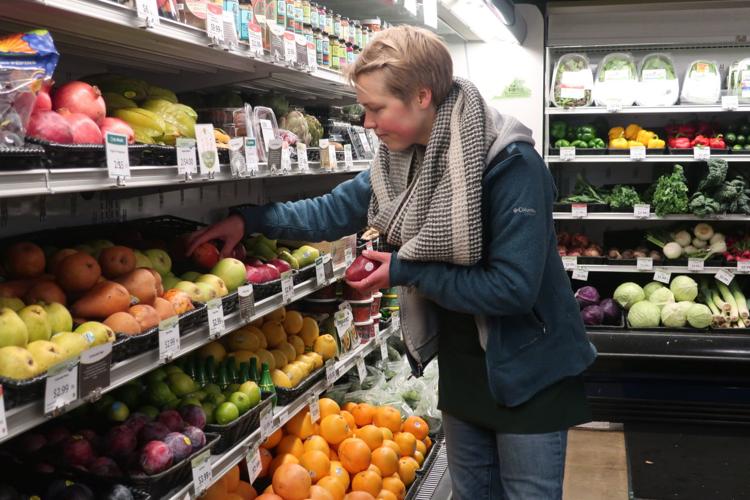 Hannah Kunde, an employee at Friendly City Food Co-op, arranges the fruit at the grocery store in November 2018. 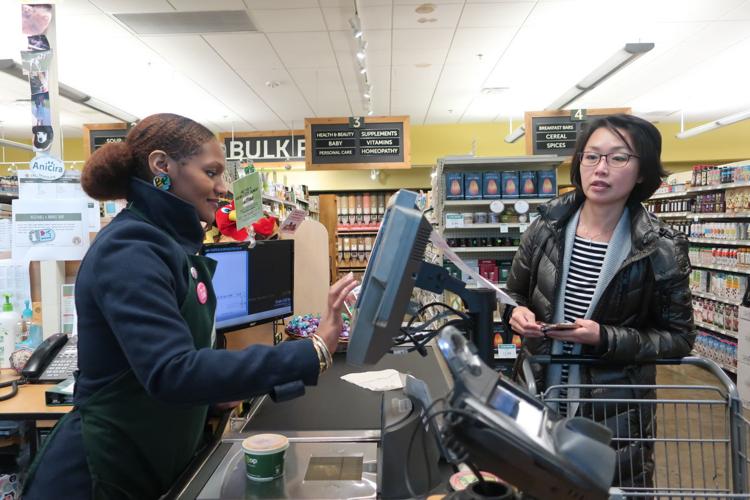 Hannah Kunde, an employee at Friendly City Food Co-op, arranges the fruit at the grocery store in November 2018.

Employees will see their hourly wage increase on Jan. 1, when the minimum wage goes to $11 an hour and $11.50 an hour after a 90-day period. The new starting wage increase affects both new hires and current employees who earn below that amount.

“Our team members are the face of the co-op and embody the ‘friendly’ in our name every day,” General Manager Steve Cooke saidin a press release. “They are enthusiastic, fun, positive, self-motivated and hard workers. It’s only right that we do everything we can to treat them well.”

Major national employers, including Wal-Mart, have said they will increase pay across the board over the past year.

Amazon took it the furthest among major companies. The online retail giant raised its starting minimum to $15 an hour on Nov. 1, leading analysts to speculate the move could put pressure on other retailers to follow suit.

Lindsay Denny, the marketing manager at Friendly City Food Co-op, said talk of higher wages at the store is nothing new.

“It’s something that they’ve been thinking about doing ever since we opened our doors here” in June 2011, Denny said.

The store, which operates under a member-owner business model, turned a profit for the first time in fiscal 2016. It emphasizes local, organic and natural products.

“It just seemed like the time was right,” she said. “It’s going to make for a stronger team here. People are going to be realizing that the co-op is investing in them so they will hopefully want to invest in the co-op.”

Other benefits employees receive include free coffee and tea on the job, a 15 percent discount on purchases, a $30 birthday dinner, profit sharing, paid breaks, holiday pay and a wellness benefit, either $100 or $50 depending on full or part time, for “wellness-related expenses.” The co-op’s health insurance for full-time employees covers 70 percent of the premium.

The co-op employs around 35 people, 28 of which are full-time and the other seven part-time, according to Brad Burrow, the co-op’s office administrator.

Frank Tamberrino, president and CEO of the Harrisonburg-Rockingham Chamber of Commerce, said many companies in the Valley have raised pay or considered raising wages in the last six months to a year given the current economic state.

Nationally, unemployment is at historical lows as the economy continues into a nine-year expansion. For October, the unemployment rate was 4 percent.

Though there’s been talking of boosting wages, Tamberrino was hesitant to say if it’s a trend locally.

“I know a lot of companies out there are really thinking through the labor force, wage rates and non-monetary amenities that they can provide to make sure they’ve got an environment that people want to work in and stay there long term,” he said. “When the labor market tightens as it has now, it’s one thing people are looking at, to retain good employees.”

I was only in there once, saw the outlandish prices and left. The increased wages will only drive the prices to be more uncompetitive and result in lower sales.....