Skip to main content
You are the owner of this article.
Edit Article Add New Article
You have permission to edit this article.
Edit
Login
Home
News
Opinion
Sports
Features
Obituaries
Photos
Advertise With Us
Classifieds
Jobs
Homes
Public Notices
Events
e-Edition
1 of 5 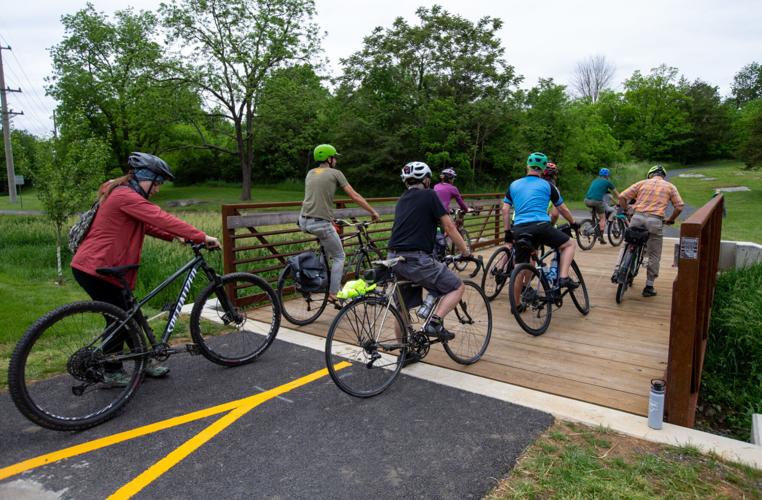 Cyclists with the Shenandoah Valley Bicycle Coalition set off on a ride on the newly opened Friendly City Trail after its ribbon-cutting Wednesday. 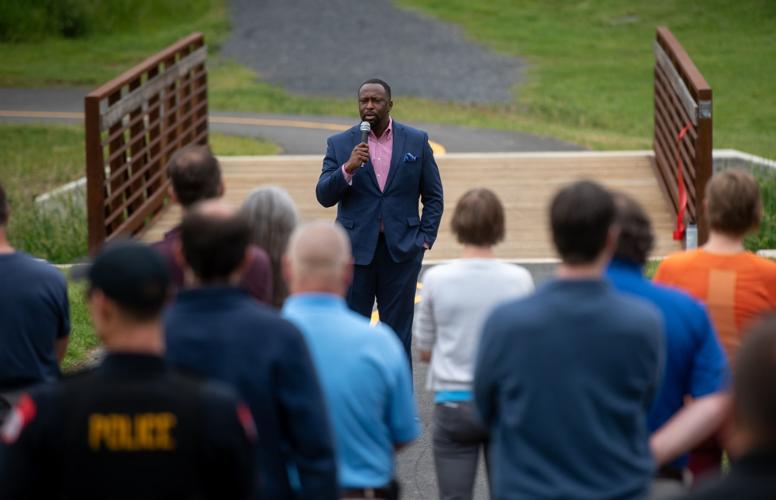 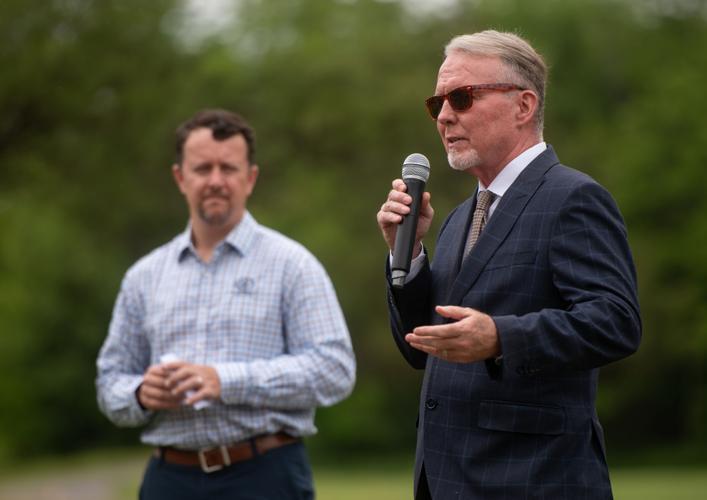 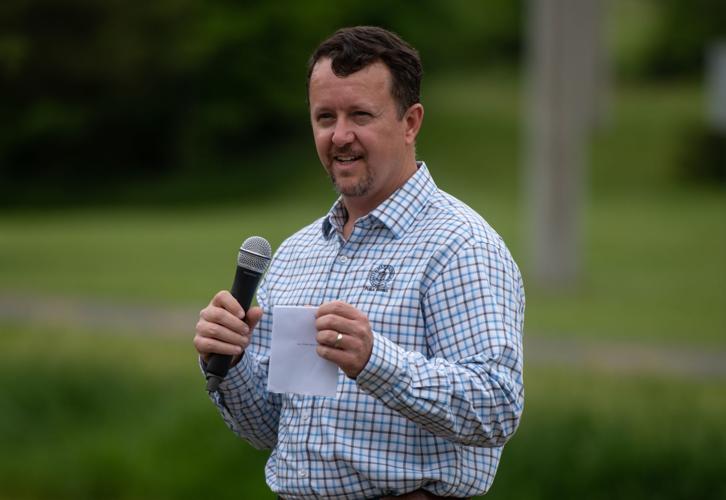 Harrisonburg Director of Public Works Tom Hartman speaks during a ribbon-cutting for the Friendly City Trail at Hillandale Park on Wednesday. 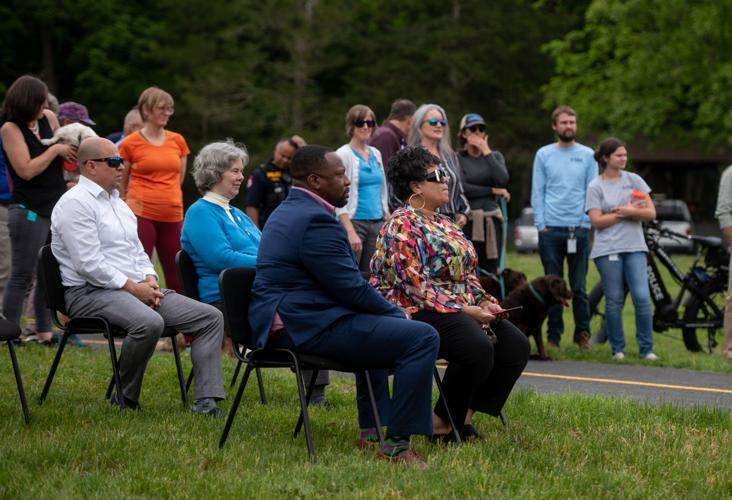 Members of Harrisonburg City Council and other guests attend a ribbon-cutting for the Friendly City Trail at Hillandale Park Wednesday.

Cyclists with the Shenandoah Valley Bicycle Coalition set off on a ride on the newly opened Friendly City Trail after its ribbon-cutting Wednesday.

Harrisonburg Director of Public Works Tom Hartman speaks during a ribbon-cutting for the Friendly City Trail at Hillandale Park on Wednesday.

Members of Harrisonburg City Council and other guests attend a ribbon-cutting for the Friendly City Trail at Hillandale Park Wednesday.

Though he rides his kid-sized Trek bike all the time, Peregrine Bowers is not quite old enough to ride all the way to the new Friendly City Trail without a grown-up.

“We live too far away. [Too far] to ride here,” said Peregrine, 9, of Harrisonburg, a member of the Shen-Rock local youth mountain bike team.

Peregrine, along with dad John Bowers and sisters Eleanor, 6, and Roo, 4, rode their bikes Wednesday from their home near Purcell Park to a ribbon-cutting ceremony at Hillandale Park, marking the official opening of the Friendly City Trail, a new shared-use path.

“Oh yes, we ride [on the Friendly City Trail] all the time,” John Bowers said. “It’s great to have access to trails that you can take [kids] on and you don’t have to worry about cars.”

In the works since 2016, the Friendly City Trail was under construction since April of last year, said Tom Hartman, director of public works for the city. At over 2 miles long in one direction, the trail connects existing shared-use paths to create a traveling lane that begins at Harrisonburg High School and ends at Westover Park.

“This is the official, contractor is gone, city is maintaining, everybody can come use,” Hartman said. “Because of the length of it and the linear nature of construction, they had bits and pieces of it done.”

Though the Friendly City Trail officially opened Wednesday, many locals have been running, biking and walking on the trail since August and September of last year, while it was in the final stages of completion.

“We don’t have pedestrian counts like we do for traffic and I think just from being out here on the weekends just with my family, it’s well over thousands of people that use this,” Hartman said. “Overall general activity is pretty high.”

Erin Burch, 29, of the nearby Sunset Heights neighborhood, said she could run from her home to the Wednesday ceremony at Hillandale Park. Burch said she has frequented the park for years and is excited to plan runs that combine the new trail with existing mountain bike trails in the park.

“I was planning to come to this, but I always run in this park,” Burch said. “I have two young kids, and this makes it even more accessible. They’re learning how to ride bikes.”

The trail has some low-traffic on-road segments in quiet parts of neighborhoods. Much of the trail runs adjacent to the Heritage Oaks Golf Course and in Westover and Hillandale parks. The winding, two-lane paved path features sunset vistas in the evenings, passes livestock grazing areas and forested areas, and traces along the wide-open stretches of the golf course.

The trail was designed to connect local schools to make it easier for students to walk or ride their bikes to school, according to Mayor Deanna Reed.