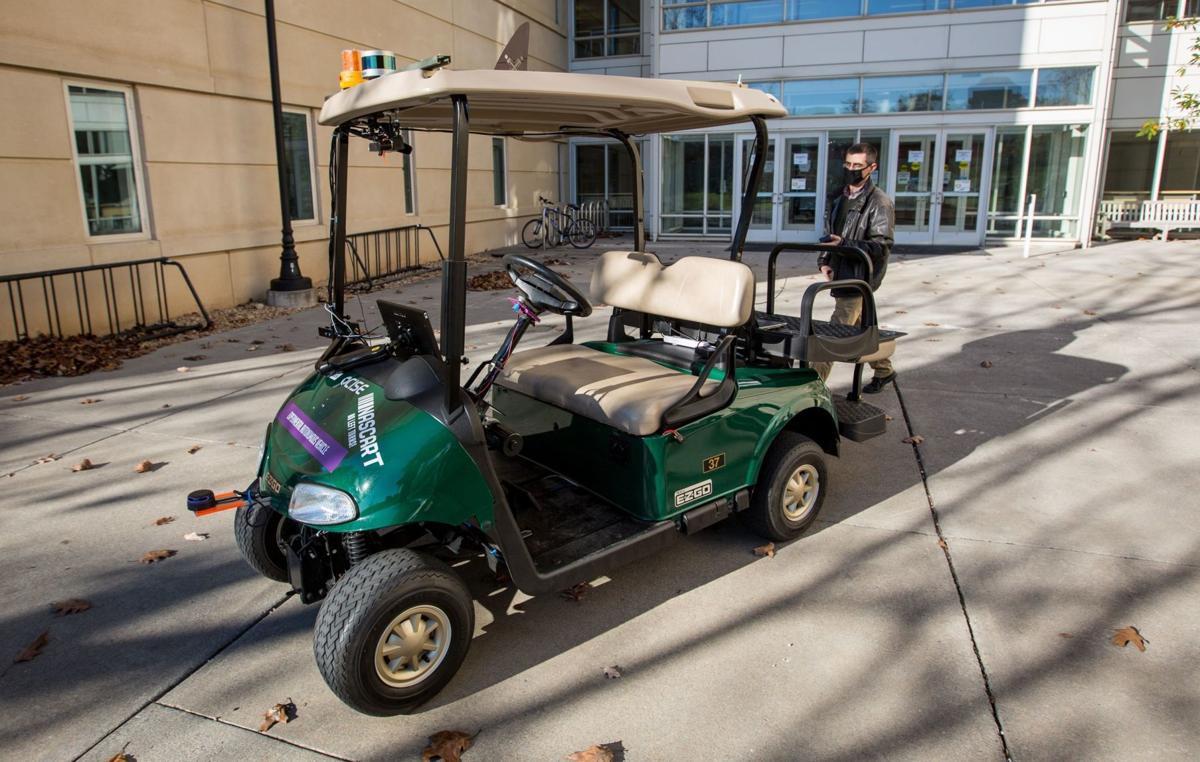 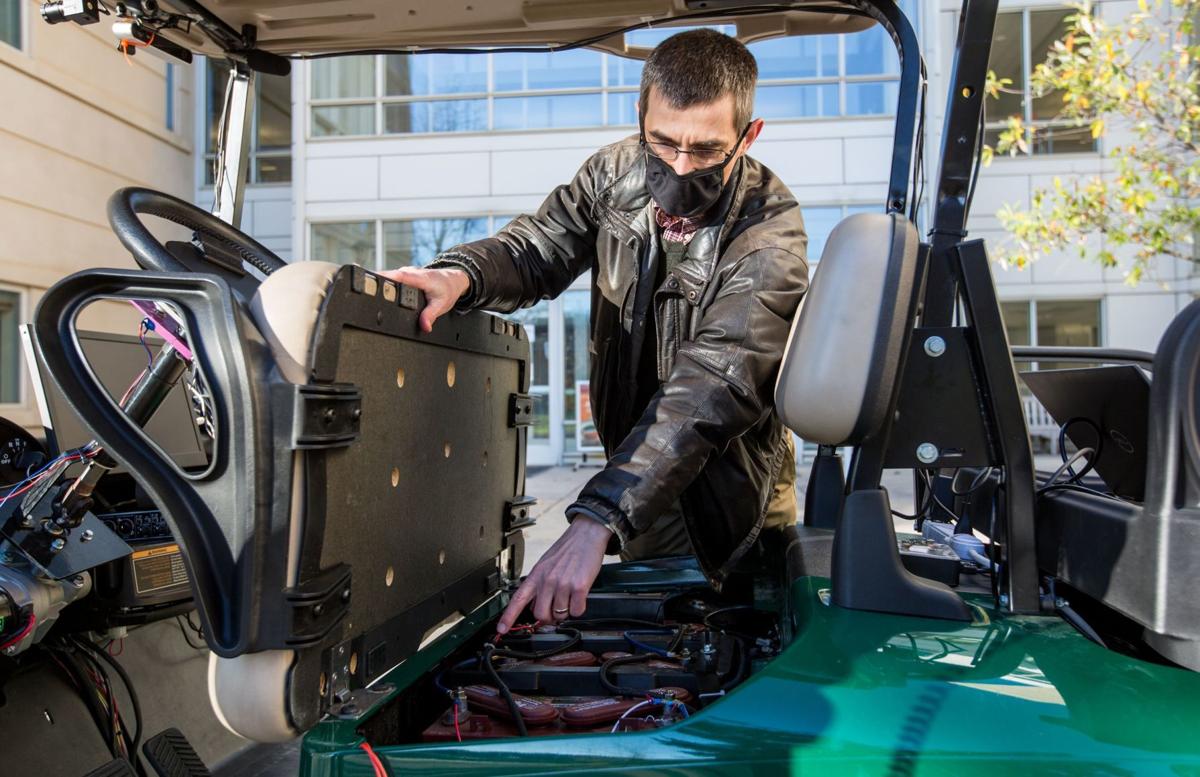 When students and faculty at James Madison University began designing an autonomous vehicle, one that can drive itself, in fall of 2018, it was mostly excitement to learn the process and to see if it could be done.

Along the way, they found a person behind the theory and instruction — how could this technology benefit retirement communities, said Samy El-Tawab, an associate professor in the College of Integrated Science and Engineering at JMU.

“At first we thought, ‘It’s not going to work,’” El-Tawab said. But the first model, which was a golf cart, was successfully programmed and drove around by itself at the JMU X-Labs.

They went to Bridgewater Retirement Community and found there was interest but also trepidation — what if an individual didn’t feel comfortable mid-ride, or fell, or the technology failed? More research needed to be done.

The engineering classes responsible for the development of the autonomous vehicle received a one-year grant of $120,000, which has been extended through next year due to COVID-19.

They began developing a second vehicle, also a golf cart, with the purpose of answering the questions that lingered about safety and also security.

“We made it better, more enhanced,” El-Tawab said. The next step was to gather data. Data is how they will answer the questions about safety and security.

On Wednesday, a few members of the public got a chance to ride around JMU’s East Campus in the autonomous golf cart. It has an interface with voice command that allows you to request where to go. Out of an abundance of caution, Jason Forsyth, assistant professor of engineering, walked behind the vehicle with a stop button should the technology fail or face an unanticipated barrier.

Forsyth said they will continue gathering data and applying it to questions like “What happens if a senior gets agitated in the golf cart in the middle of a ride?” While simulations can also generate this kind of data, an actual model provides a richer picture, Forsyth said.

The idea is to collect this data and research and to publish it so that others can benefit from it, and continue the goal of providing autonomous transportation to those who could benefit most.

In addition to the information needed about safety of autonomous vehicles when it comes to seniors, the university also received a grant for $74,000 to also look into how the data gathered by this technology is stored and who owns it.

For more information about JMU’s autonomous vehicle, go to https://av.cise.jmu.edu/about/.