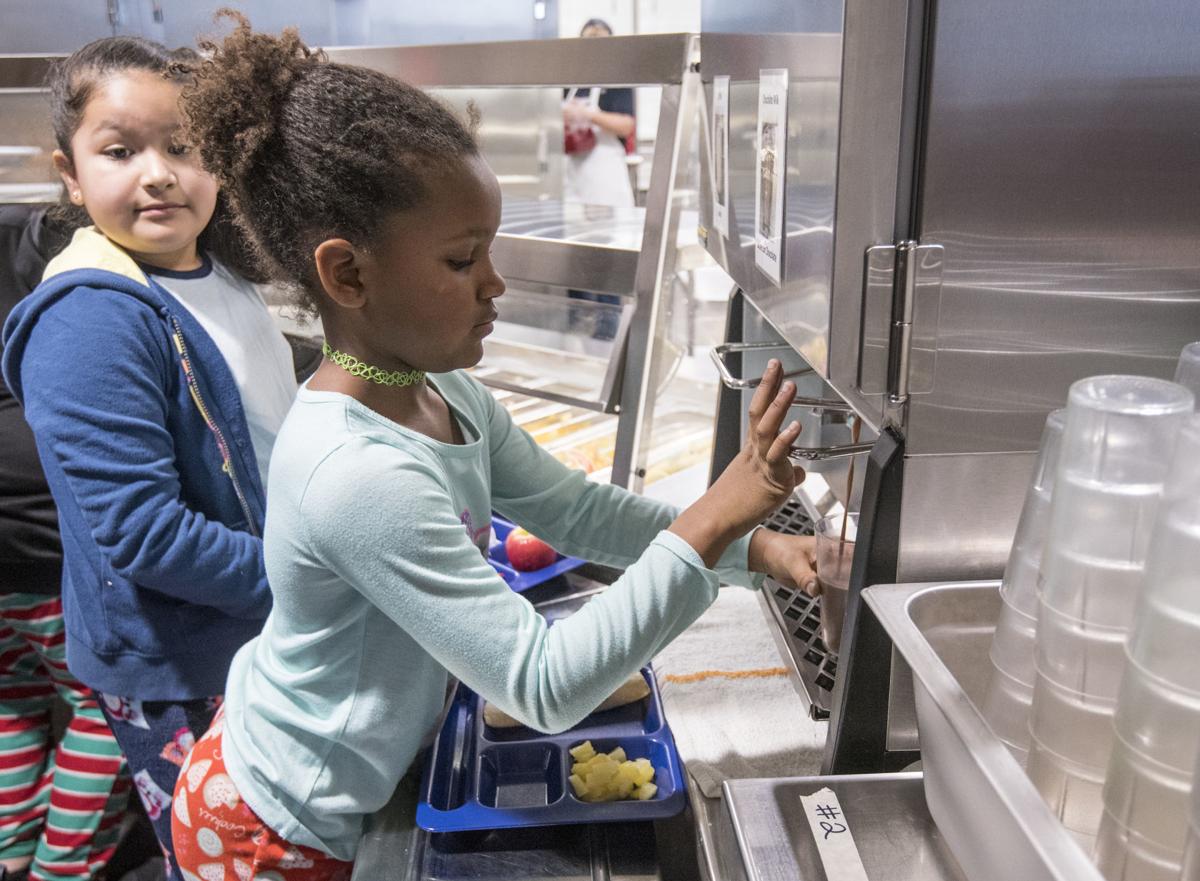 Leah McCarter, then a third grader at Bluestone Elementary School, fills a cup of chocolate milk from the school’s dispenser in March. Harrisonburg City Public Schools was one of 15 school divisions in Virginia recognized for their nutrition programs. 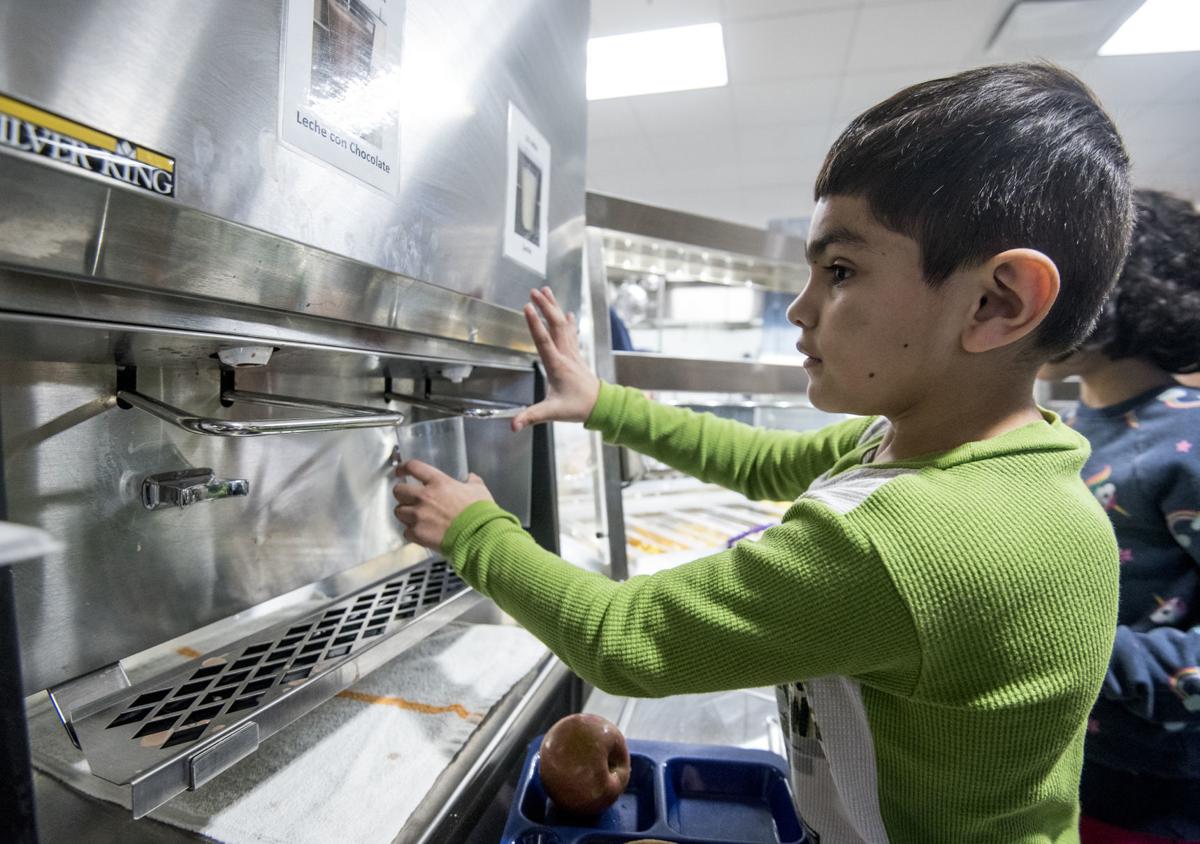 Leah McCarter, then a third grader at Bluestone Elementary School, fills a cup of chocolate milk from the school’s dispenser in March. Harrisonburg City Public Schools was one of 15 school divisions in Virginia recognized for their nutrition programs.

HARRISONBURG — In the span of a year, it is estimated that Bluestone Elementary School will use 39,000 milk cartons.

But that is changing. The school has installed milk dispensers in the cafeteria, allowing students to fill up their own reusable cups with as little or as much chocolate or regular milk as they want.

Bluestone Elementary School already has a strong focus on sustainability, so when Principal Anne Lintner approached Andrea Early, executive director of school nutrition, about adding milk dispensers this year, it seemed like the perfect fit.

There are a number of benefits to the new dispensers, Early said. The milk itself is colder and tastes better; it encourages mindfulness by allowing students to take what they’re actually going to drink; and of course, there are no cardboard cartons piling up in the trash can.

Waste reduction is the major goal of the milk dispensers, Early said. Harrisonburg City Public Schools measured milk waste for one week in January and found that, on average, students took 220 cartons of milk at lunch each day.

This amounts to nearly 39,000 cartons each school year ending up in the trash, as they are not recyclable in the area. As far as liquid milk waste, students consumed about 70 percent of all milk cartons and wasted 30 percent, equating to approximately four gallons of milk waste each day.

Other school districts across the country that have implemented milk dispensers report benefits of decreased container and packaging waste, as well as increased milk consumption related to students preferring the taste and chilled temperature of the milk from the dispensers.

“It’s always about the students and doing what’s best for them,” Early said. “If this encourages them to drink more milk, that’s great.”

Bluestone is one of the first schools in Virginia to move away from milk cartons.

Students were trained on how to use the dispenser. There have been some spills, but students got the hang of it pretty quickly, Early said.

The dispensers cost $3,000 for the two. The savings on milk isn’t much, about a cent per 8-ounce serving, but with a tight budget every little bit helps, Early said.