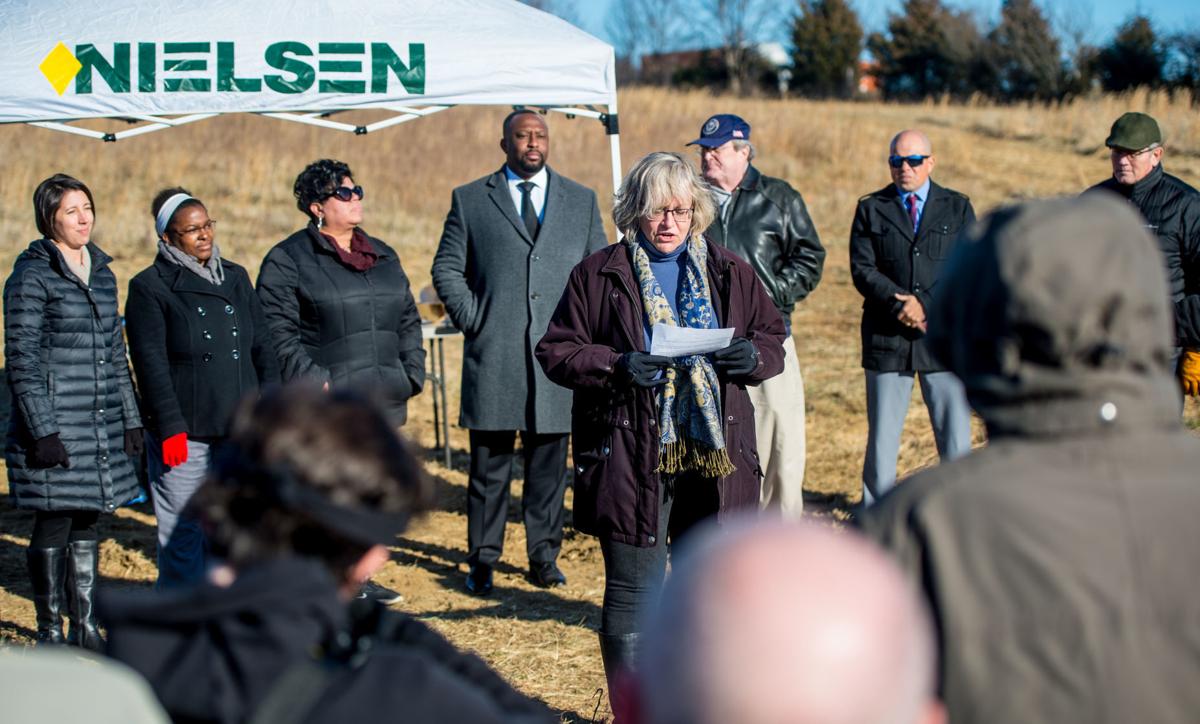 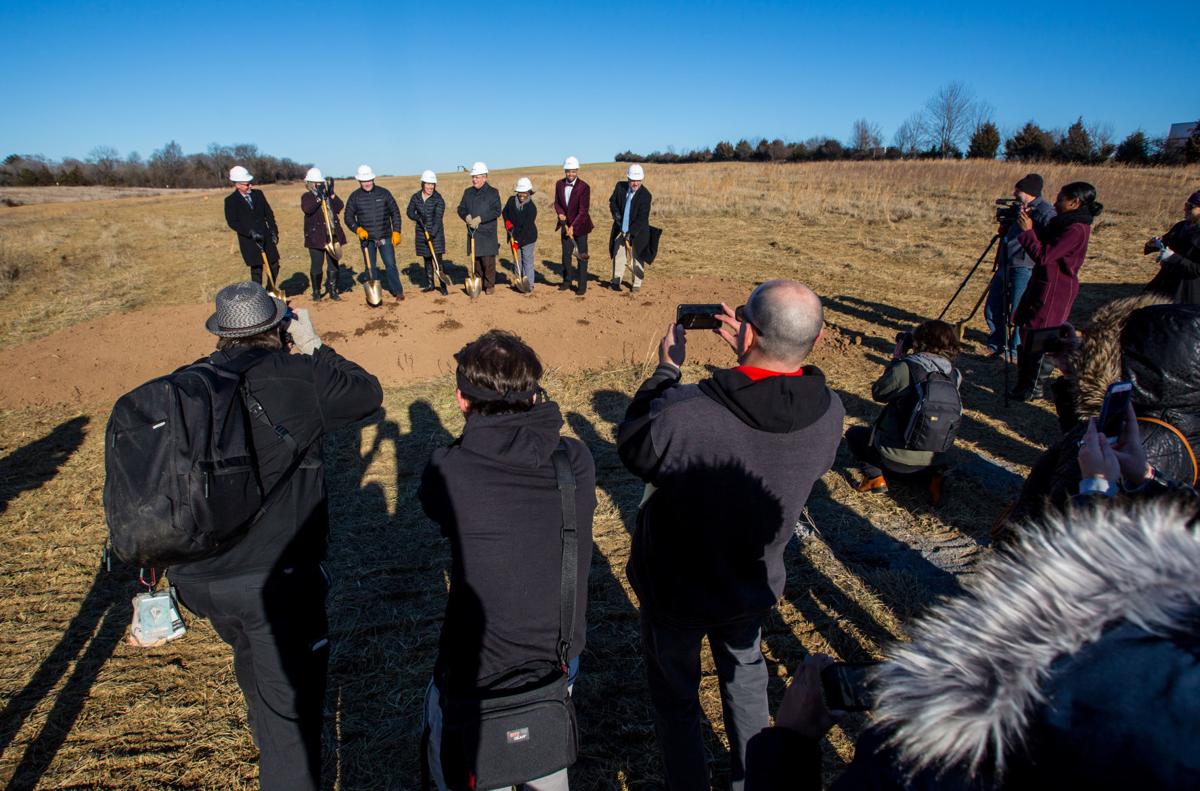 Harrisonburg City School Board members pose for a photo during a ceremonial groundbreaking for the city’s new high school Tuesday. 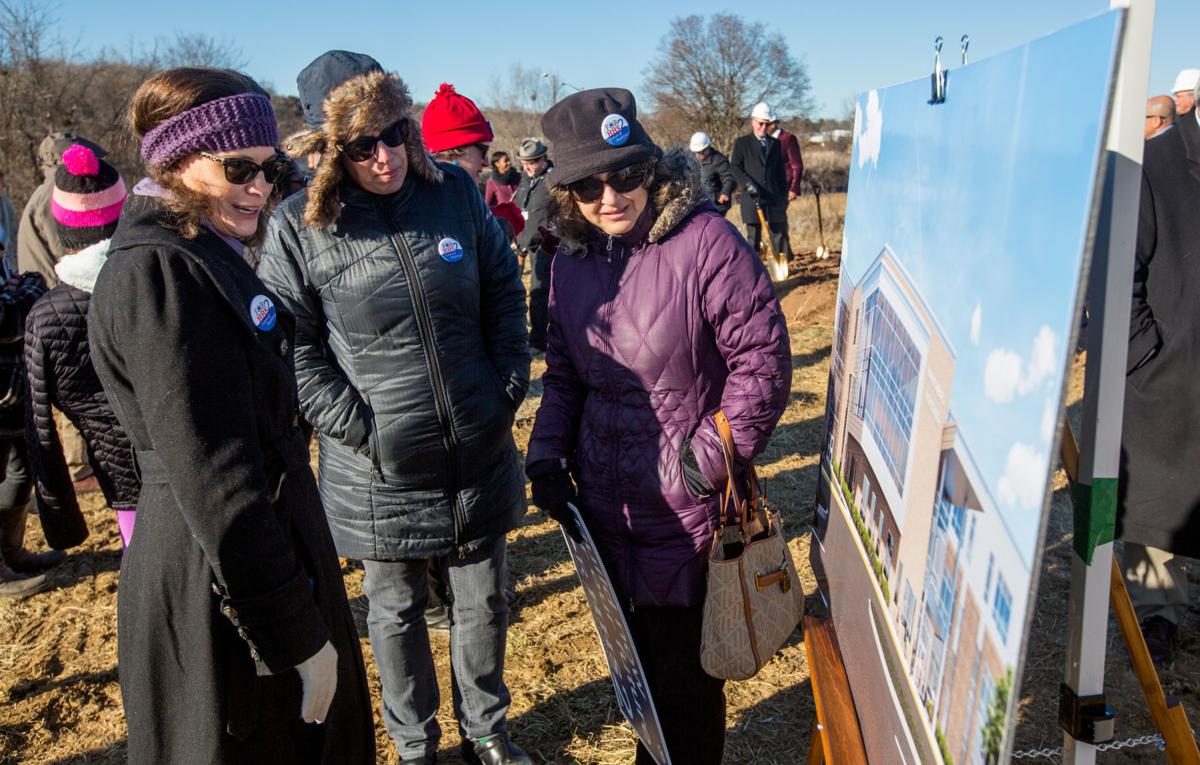 Harrisonburg City School Board members pose for a photo during a ceremonial groundbreaking for the city’s new high school Tuesday.

It was a moment years in the making and one that marked the next phase of the construction of a second high school in Harrisonburg — the actual construction phase.

Discussion, support for and against, votes and talk of costs culminated in a groundbreaking ceremony on Tuesday at the site of what will be the second high school, and was attended by school and city officials, and about 75 people who have been invested in the process this far.

Although some work has already begun on the site, including the placement of fencing and equipment, as well as preparation to be able to move machinery on-site and off, this turning up of ground was a special moment, said Michael Richards, superintendent of Harrisonburg City Public Schools.

“This is huge,” he said. “For years the School Board and staff have seen the growing numbers and for years have been hoping and dreaming and planning for this.”

Richards referenced the growing student population for Harrisonburg City Public Schools, which has increased every year and is projected to continue to increase. Harrisonburg High School quickly grew to capacity, prompting the discussion to build the city’s second high school.

“This is the best thing for the city,” Richards said. “Harrisonburg is a beautiful place to live and it is going to continue to grow regardless. ... It’s good to be able to keep up.”

Deb Fitzgerald, School Board member and former chairwoman during the last year of discussion on the school, thanked the community during Tuesday’s groundbreaking ceremony. She thanked the people who challenged them and asked questions, and held their feet to the fire during the process to get the new high school approved and built.

Fitzgerald said the School Board is working on programs that will make students about to leave Thomas Harrison Middle School and Skyline Middle School excited to get to high school.

City representatives purchased 60 acres of land for $5 million for the second high school on Aug. 23, 2018. It is located between South Main Street and Interstate 81.

The $5 million did not include the additional $25,000 in closing costs or the construction, which was estimated at $76 million at the time.