Additionally, paste this code immediately after the opening tag: Skip to main content
You are the owner of this article.
Edit Article Add New Article
You have permission to edit this article.
Edit
Login
Home
News
Obituaries
Opinion
Sports
Features
Events
Classifieds
e-Edition
Photos
Advertise
1 of 4 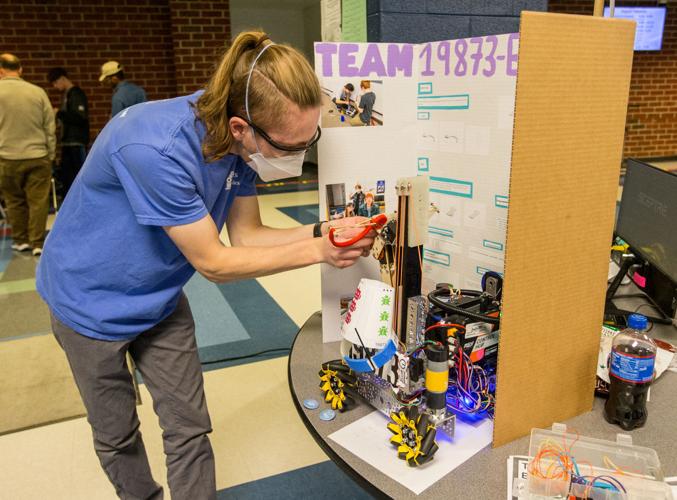 Harrisonburg High School senior Oscar Wang fixes up his team's robot before it's next round of competition during a FIRST Tech Challenge Qualifier Saturday. 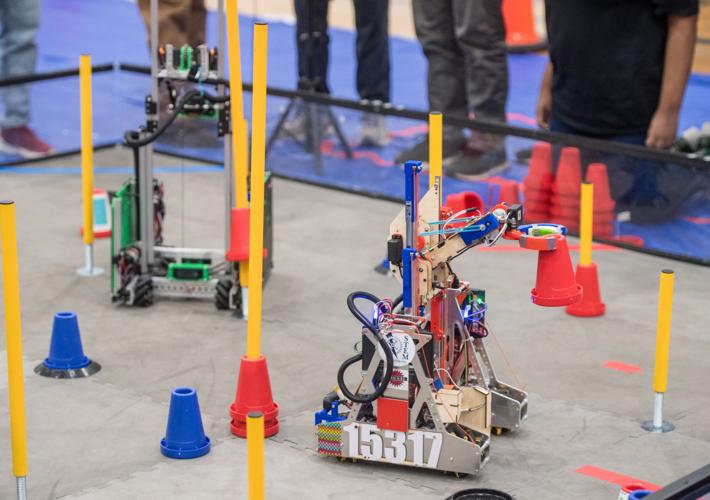 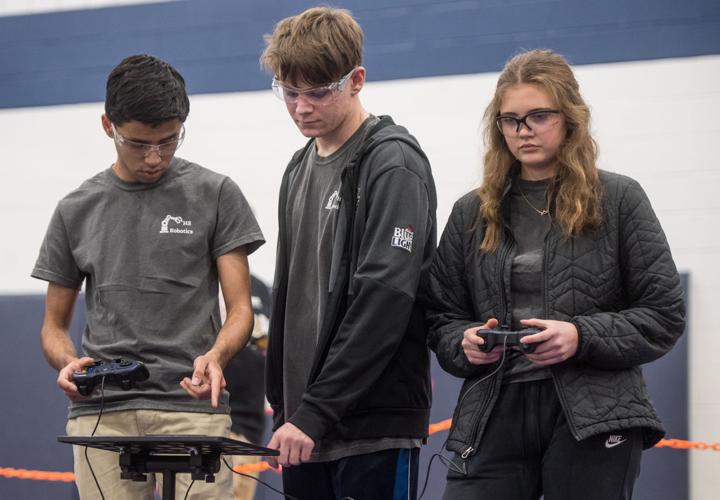 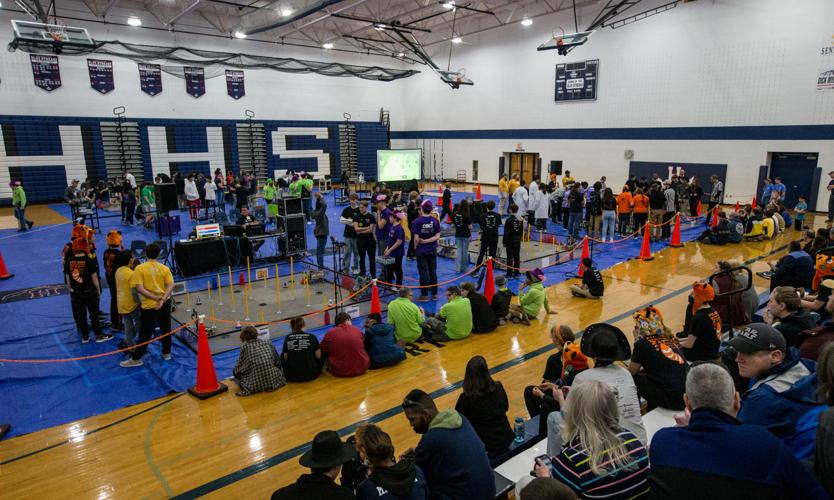 Harrisonburg High School senior Oscar Wang fixes up his team's robot before it's next round of competition during a FIRST Tech Challenge Qualifier Saturday.

The auditorium and common spaces at Harrisonburg High School were abuzz with activity on Saturday for the First Tech Challenge Robotics competition.

It was the first event that was both in-person and with in-person judging since the 2020 COVID-19 pandemic, said Kaitlin Ilnitzki, the event manager and a program director at James Madison University.

“We’re very excited to be back,” Ilnitzki said.

Locally, the Harrisonburg High School STEM Academy was represented as well as Eastern Mennonite School. Each team was made up of about a dozen students and advisors.

Every year the First Tech Challenge comes up with a theme and a game for students to complete throughout the year, Ilnitzki said. Students then spend the school year building their robot to complete a task. This year the robots were tasked with picking up a cup and placing it on a short pole, among other things.

The competition pits two alliances — made up of two teams and a backup — against another alliance.

While teams are judged on robot performance, they are also judged on how much outreach they’ve completed in the community.

“Whether that’s passing along STEM skills to the younger generation, we’re more than robots,” Ilnitzki said. In fact, “More than Robots,” is the competition’s motto.

By having two teams compete together it encourages sportsmanship, problem solving and camaraderie.

There were about 100 people in attendance to watch the all-day competition on Saturday.

“We’re going to flip this and do it again tomorrow,” Ilnitzki said.

A few years ago, I saw one of these competitions at my nephew’s HS in NC. Just amazing what some of those kids accomplished with clear creative minds!