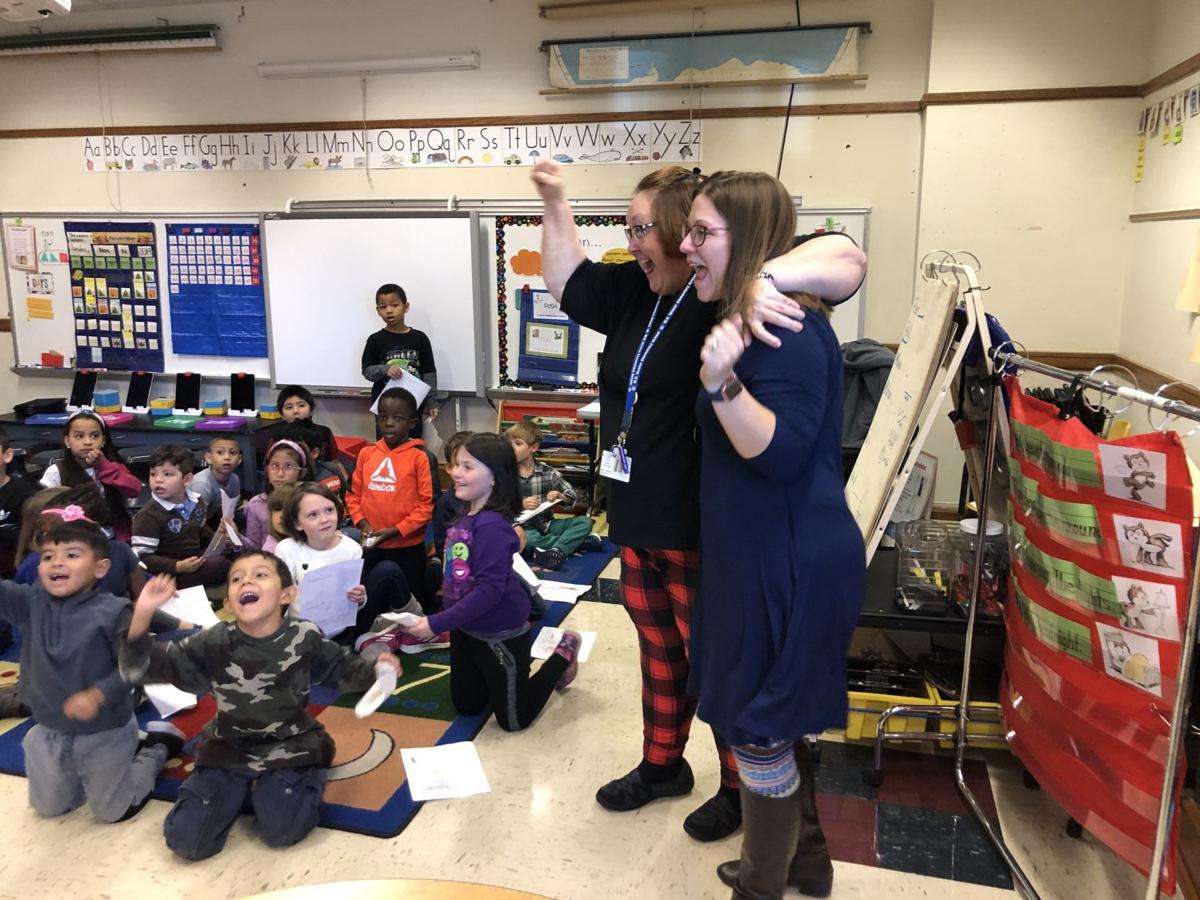 Keister Elementary School first grade teachers Barb Sellers, left, and Whitney Lawson react to the news that they were among the recipients of grants from the Harrisonburg Education Foundation. They will use $981 on a project to welcome new students to the school who speak little or no English. 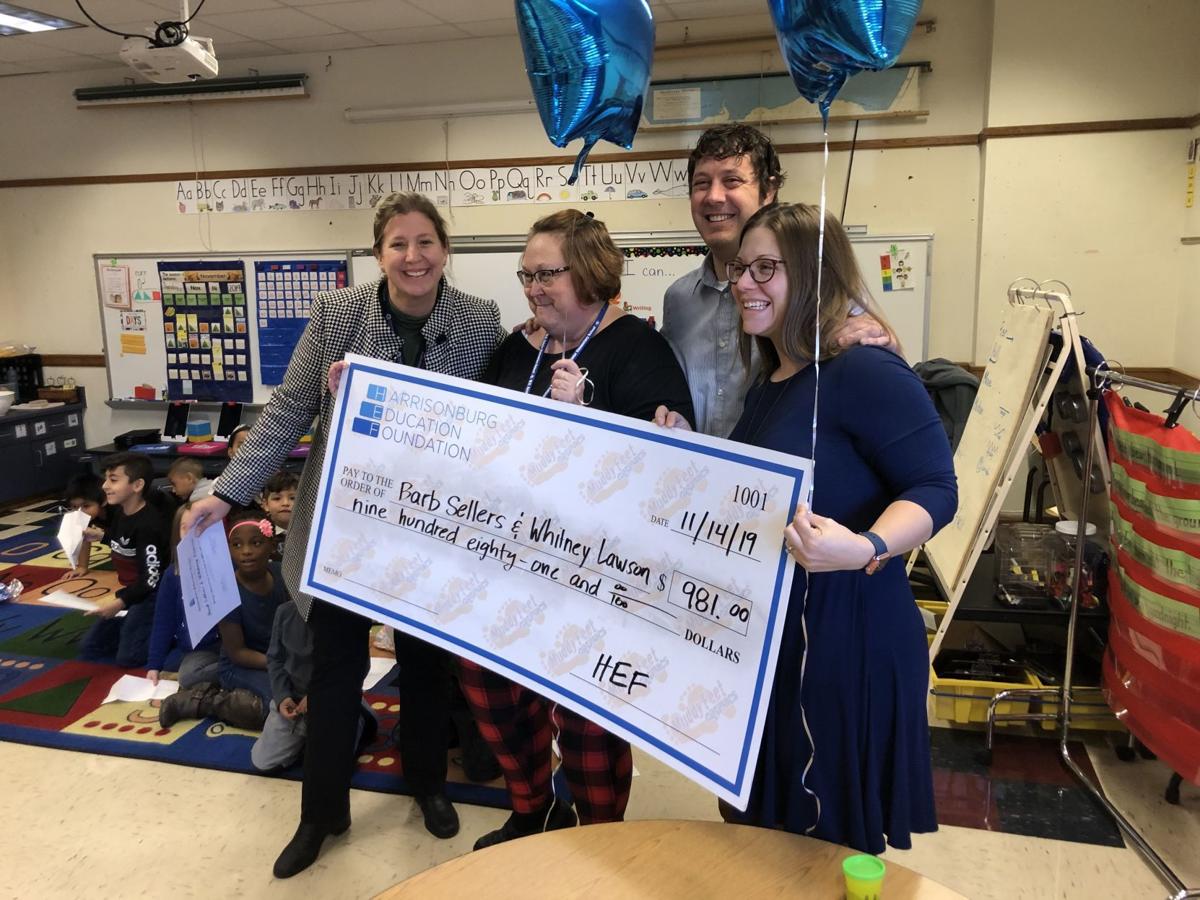 Keister Elementary School first grade teachers Barb Sellers, left, and Whitney Lawson react to the news that they were among the recipients of grants from the Harrisonburg Education Foundation. They will use $981 on a project to welcome new students to the school who speak little or no English.

It was hard to tell who was more excited by the arrival of bright blue balloons and an oversized check — Barb Sellers’ first grade class, or her and fellow first grade teacher Whitney Lawson.

Smiles and cheers were served by all on Thursday as members of the Harrisonburg Education Foundation surprised recipients of grants that they had applied for earlier this year. In total more than 60 teachers were surprised with over $33,300 for 38 projects.

This is the second year HEF has taken the fun, dramatic approach to awarding education grants, Publisher’s Clearing House-style.

“This is so exciting,” Sellers said after hugging Lawson and posing with her and Keister Elementary School Principal Mark Miller and HEF Director Cody Oliver.

Their grant was titled “Being a newcomer is as easy as A,B,C and 1,2,3.” Almost $1,000 will be used to create boxes for new students who speak little or no English.

“We get a lot of students throughout the year that are new to our community,” Lawson said.

They often are in families with parents and siblings who also don’t speak English, making learning at home difficult, she said.

The take-home box that new students will receive will include items such as Play-Doh, counting blocks and magnetic letters.

“We’re glad to be able to fund the things that aren’t on the regular budget,” Oliver said. Being new to the director position, this is Oliver’s first time going around giving out grants. The reactions from teachers and students were priceless, she said.

Oliver and two other members of HEF visited every school on Thursday and gave grant money to teachers for projects including gardening, trout in the classroom, classroom bunnies, robotics, music competitions and more.

Although this is only the second year that HEF has delivered the innovation grants in dramatic fashion, the organization has been doing this for 25 years. In its first year in 1994, HEF raised $1,000 for educator grants. That amount has grown ever since.