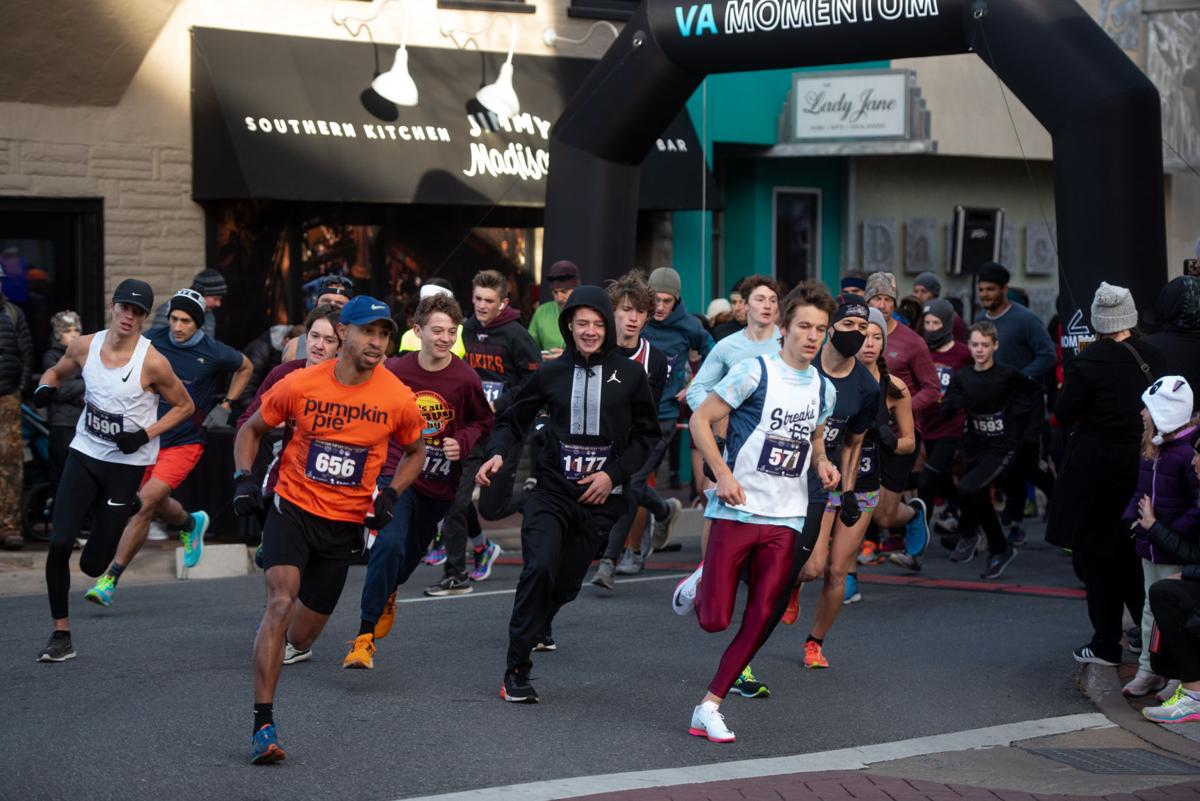 Runners take off from the starting line on Main Street as the Rocktown Turkey Trot begins on Thursday. 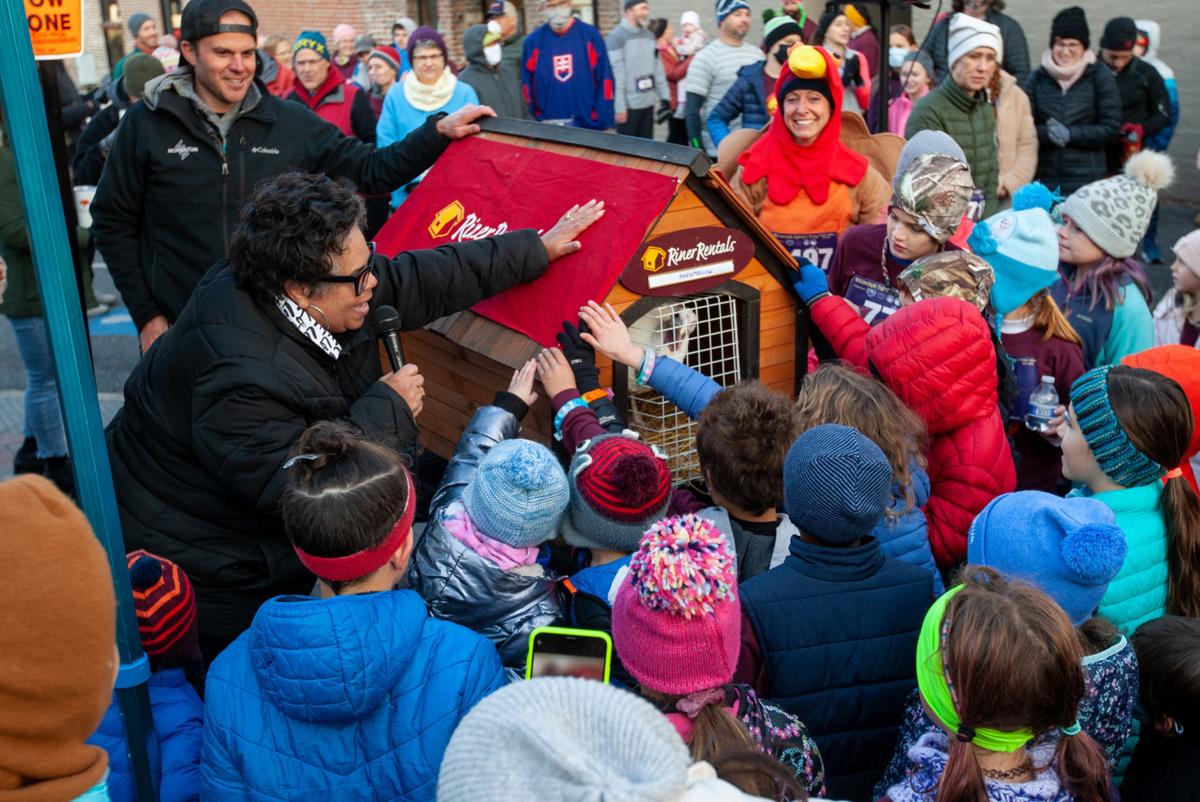 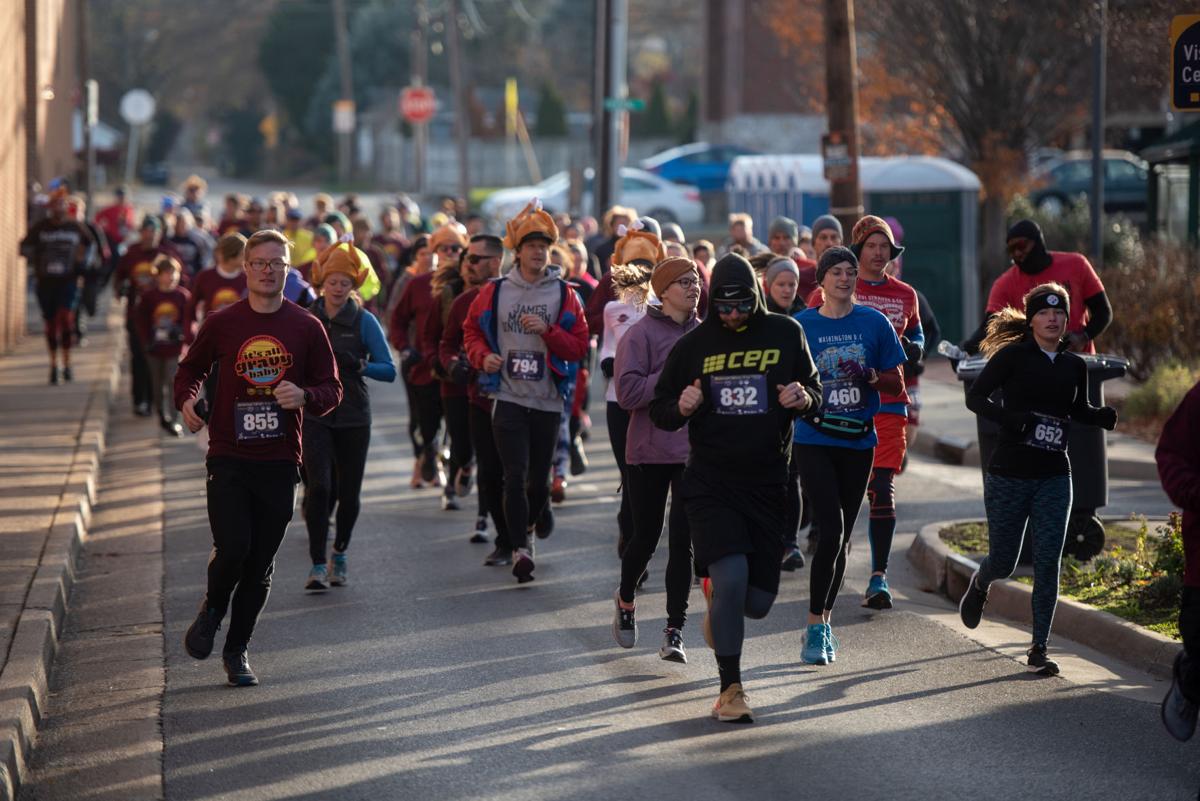 Runners make their way down Bruce Street toward Main Street during the Rocktown Turkey Trot on Thursday. 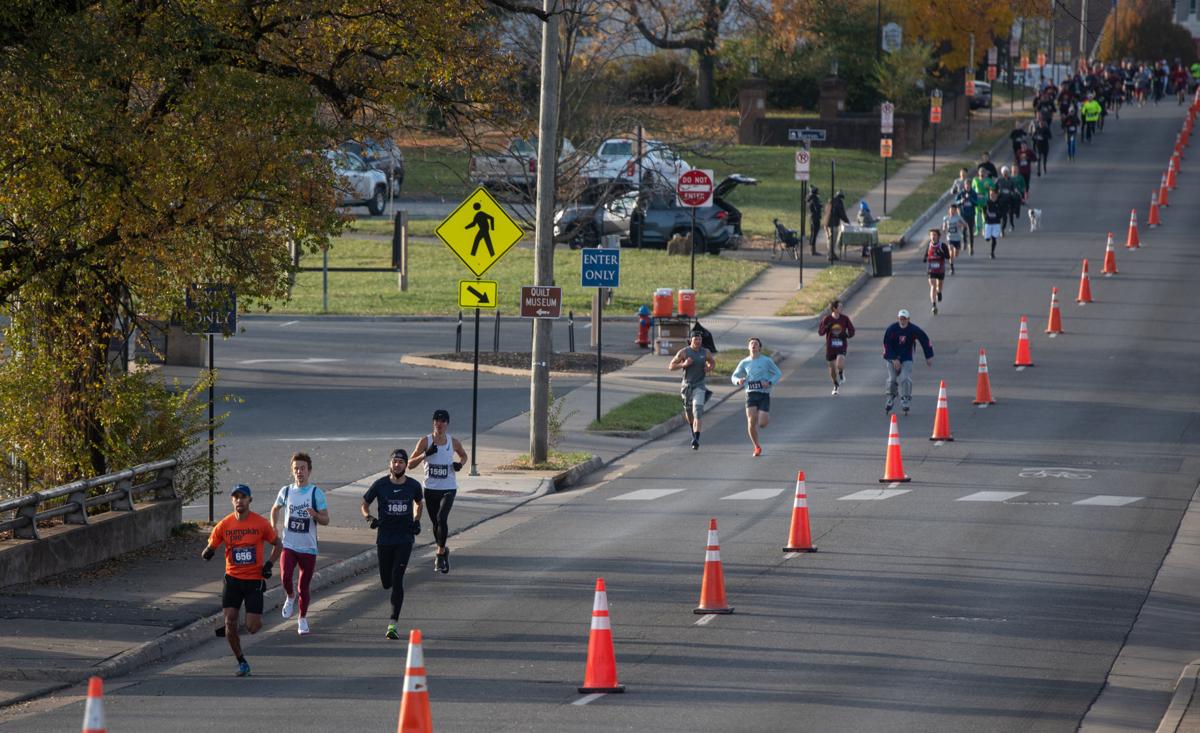 Runners make their way along Liberty Street during the Rocktown Turkey Trot on Thursday.

Runners take off from the starting line on Main Street as the Rocktown Turkey Trot begins on Thursday.

Runners make their way down Bruce Street toward Main Street during the Rocktown Turkey Trot on Thursday.

Runners make their way along Liberty Street during the Rocktown Turkey Trot on Thursday.

For the Reid family, there were two people in charge of the pace of Thursday’s 4-mile Turkey Trot through downtown Harrisonburg, and it wasn’t the parents.

Felix, 8, and Adele, 10, set the pace for their parents Amanda and Jeff on a crisp but pleasant Thanksgiving morning. All four were wearing festive, matching multicolored tutus.

The Reids, along with 1,600 members of the community, started the race in front of Jimmy Madison’s and then completed a 2-mile course through downtown neighborhoods twice to total 4 miles.

With a 10-minute mile pace, the Reids completed the Turkey Trot just before 9:30 a.m.

“They are definitely great pacers,” Jeff Reid said. “We’re just thankful for VA Momentum that we’re able to go out and participate in this.”

Alan Maynard and Kevin Gibson are co-owners of VA Momentum, a local organization that has sponsored the Turkey Trot for the past eight years.

Maynard said they started the event because they wanted to offer a community event for residents of Harrisonburg on Thanksgiving.

And it was clear that the community was also hungry for this, as the event drew large crowds from the beginning but has grown to where it is now. Maynard said that even last year, when the event had to be held virtually due to the ongoing COVID-19 pandemic, people participated and showed up, running races in their own neighborhoods while socially distancing.

The event is also a way to give back to the Blue Ridge Area Food Bank. Participants are asked to bring a canned good or nonperishable item for donation.

“We raise hundreds if not thousands of pounds of food,” Maynard said.

While the last of the racers were trickling in at the hour and a half mark, the fastest time on Thursday was 20 minutes and 44 seconds, a pace of five minutes and 11 seconds per mile.