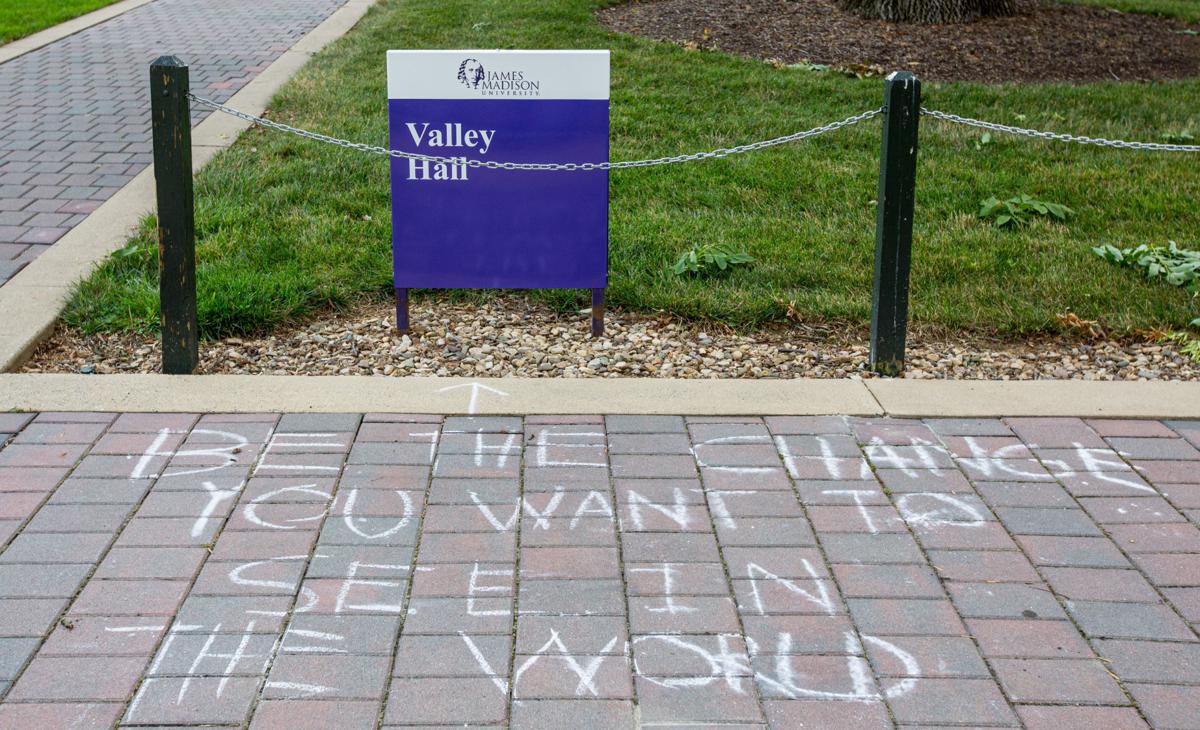 A chalk message reading “Be the change you want to see in the world” points toward the new sign in front of Valley Hall — formerly Ashby Hall — on the campus of James Madison University. 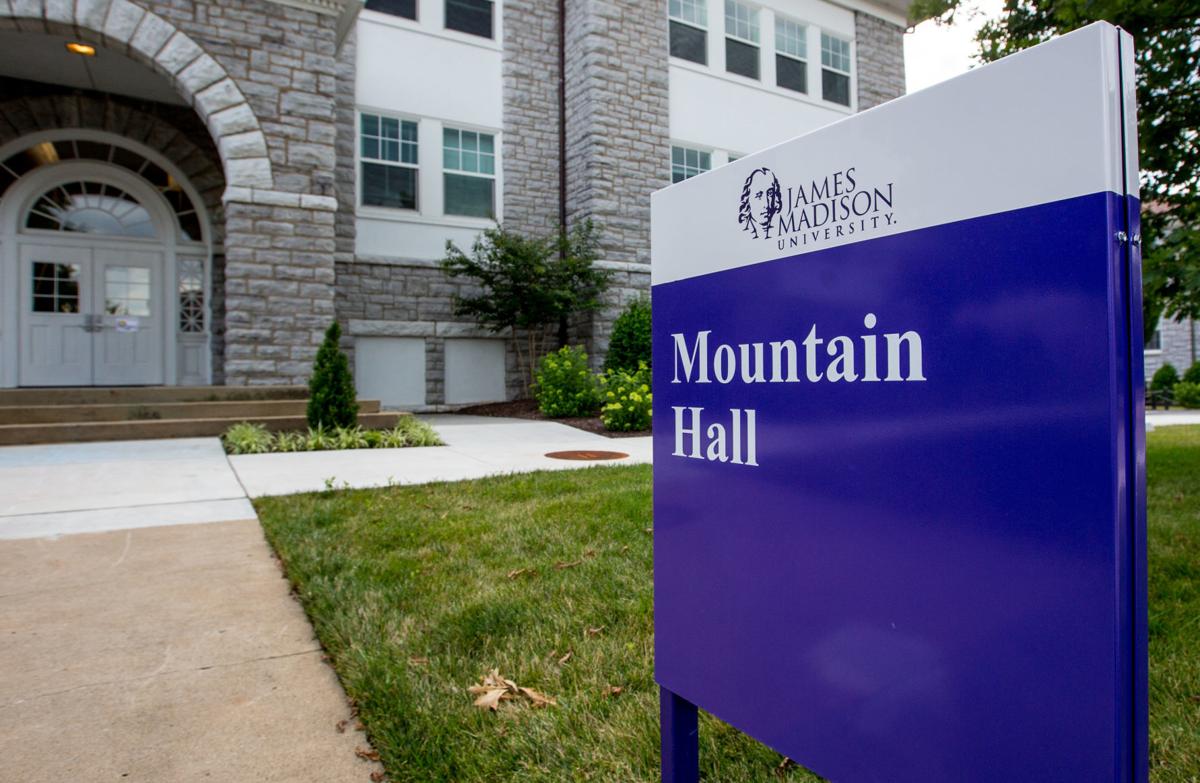 A new sign sits in front of Mountain Hall, formerly Maury Hall, on the campus of James Madison University.

A chalk message reading “Be the change you want to see in the world” points toward the new sign in front of Valley Hall — formerly Ashby Hall — on the campus of James Madison University.

A new sign sits in front of Mountain Hall, formerly Maury Hall, on the campus of James Madison University.

It’s been a long process to get to where James Madison University is now with the renaming of three buildings on campus that honored Confederate leaders.

A lot has happened behind the scenes, including research into the history of not just those three buildings, but all buildings on campus, said Caitlyn Read, spokesperson for JMU.

There was plenty of input from the JMU community and the larger Harrisonburg community on whether these building names reflected the mission and values of the school.

This week, the Board of Visitors voted for the immediate removal of the three names and appointment of temporary names.

The signage for each building was immediately taken down following the vote and the buildings’ new, temporary names were assigned. Maury Hall is now Mountain Hall and Ashby Hall is Valley Hall. Former Jackson Hall is currently closed for renovations and will be named Justice Sciences Building when it reopens in 2021, as it houses that program.

But the work is not nearly done.

A similarly in-depth process will be undertaken to find the permanent names of these three buildings. According to JMU bylaws, there are four ways a building can be named — after a philanthropic gift giver, such as the Forbes Center, after someone who has made a significant contribution to the JMU community, such as Burruss Hall, after someone who has made a significant contribution the community at-large, such as Paul Jennings Hall, or buildings can be temporarily named after places or who is being housed there, such as Mountain Hall.

There is no timeline for officially renaming the three buildings, Read said. Instead it will be a process based on research, education and input. An email account has been set up for community members, students, staff and alumni to make suggestions on the name changes — campushistory@jmu.edu.

“We’ve been monitoring social media and we know lots of people have suggestions,” Read said.

Once the senior leadership team feels they have significant input, they will make a recommendation to the Board of Visitors, who will ultimately have to approve any name changes with an official vote, Read said

James Madison was a racist who owned slaves, and yet the powers that be at JMU have no problem naming a university after him. Meanwhile, they rename buildings who had been named for less consequential racists so as to appease the angry Demokkkrat mob. Incredible.