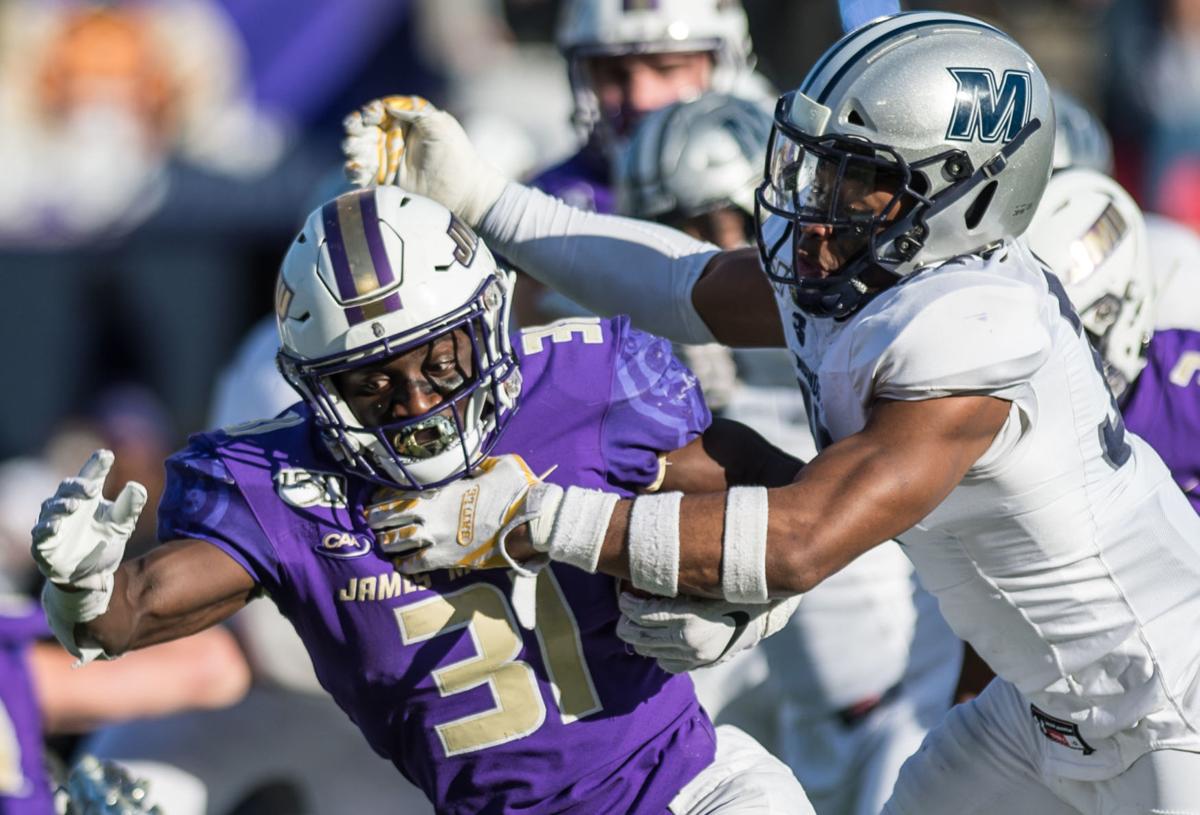 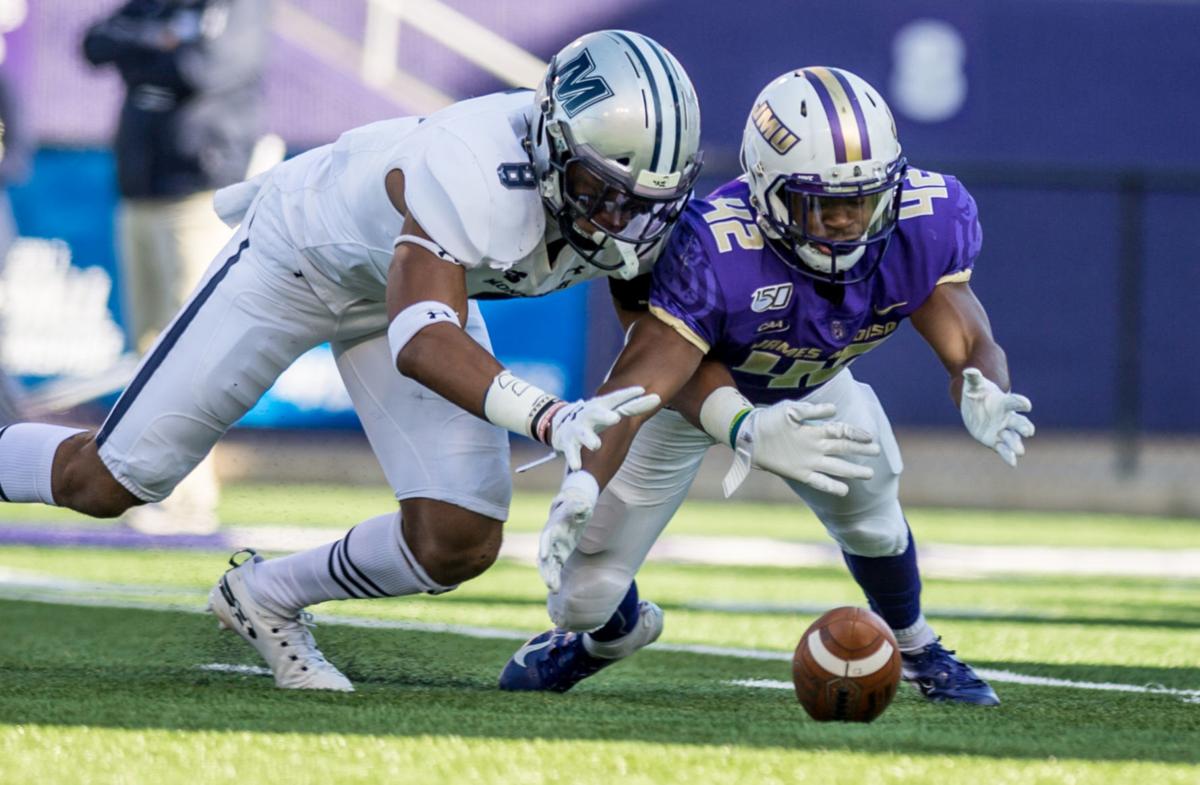 Monmouth linebacker DeJaun Cooper (8) and James Madison running back Solomon Vanhorse (42) chase down a Monmouth fumble during the opening kickoff return of the game.

Monmouth linebacker DeJaun Cooper (8) and James Madison running back Solomon Vanhorse (42) chase down a Monmouth fumble during the opening kickoff return of the game.

Quarterback Ben DiNucci accounted for 339 yards of total offense, threw for two touchdowns and rushed for two more to lead second-seeded James Madison in its 66-21 thumping of Monmouth in the second round of the FCS playoffs on Saturday at Bridgeforth Stadium.

The Dukes (12-1) scored 45 straight points to close the game, win their 12th straight and advance to the national quarterfinals for the third time in four seasons. They’ll host Northern Iowa on Friday night at 7 p.m. See B1 for more coverage.