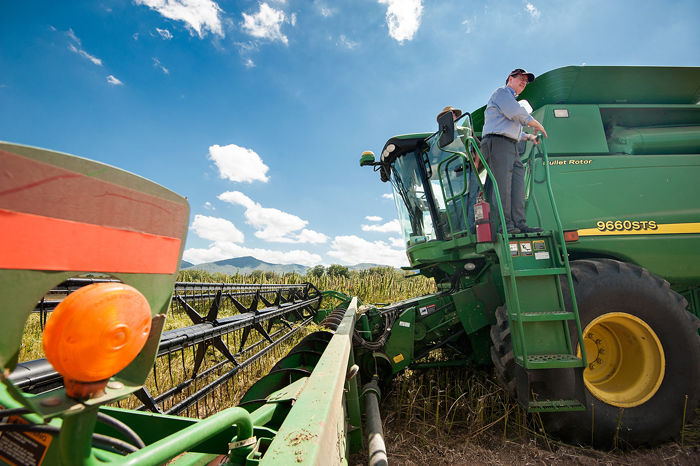 Rep. Bob Goodlatte, R-Roanoke, takes a ride on a conventional combine while harvesting industrial hemp on Glenn Rodes’ Port Republic farm on Friday. Goodlatte introduced a bill that would remove hemp from the Controlled Substances Act’s definition of marijuana. 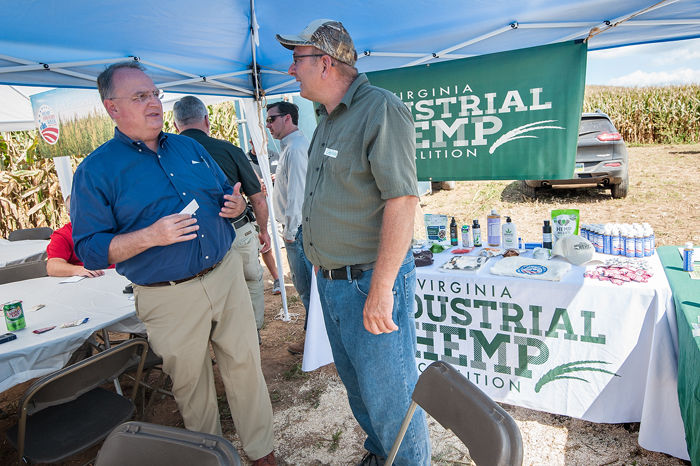 Glenn Rodes (right), a farmer from Port Republic, talks to 1st Sgt. Dave Crawford of the Virginia State Police during a hemp field day at his farm on Friday. 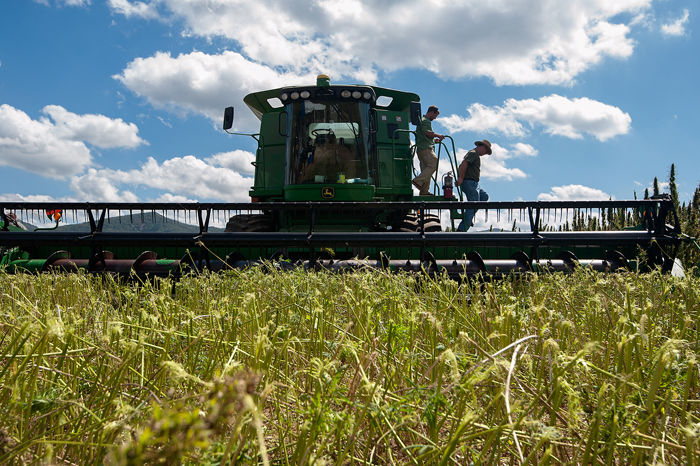 Harvesting of industrial hemp begins on Rodes’ farm for the second year in a row. 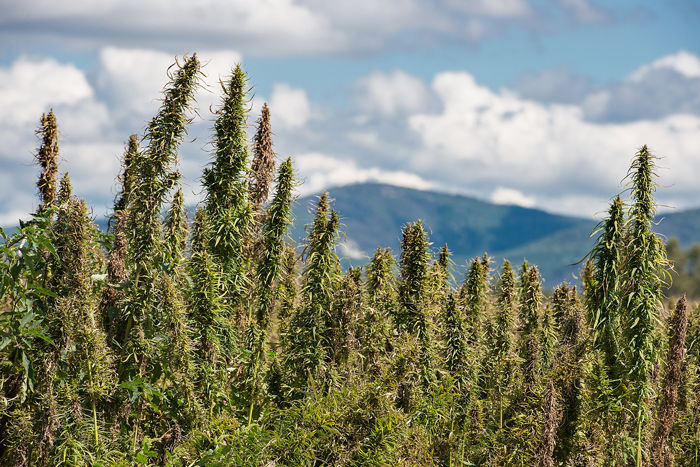 Rep. Bob Goodlatte, R-Roanoke, takes a ride on a conventional combine while harvesting industrial hemp on Glenn Rodes’ Port Republic farm on Friday. Goodlatte introduced a bill that would remove hemp from the Controlled Substances Act’s definition of marijuana.

Glenn Rodes (right), a farmer from Port Republic, talks to 1st Sgt. Dave Crawford of the Virginia State Police during a hemp field day at his farm on Friday.

Harvesting of industrial hemp begins on Rodes’ farm for the second year in a row.

It is illegal to grow hemp in the U.S. unless it is grown for an approved university research program, which requires background checks and fingerprinting, said Mike Renfroe, the biology professor at James Madison University heading up the school’s hemp research.

Rodes has about 10 acres of hemp, which he has grown in conjunction with JMU’s research for the last two years.

This was the second hemp field day, an event drawing Virginia lawmakers, hemp advocates, researchers and law enforcement to discuss the plant and its potential commercial industry.

Goodlatte, R-Roanoke, said he thinks his bill has a good chance of being signed into law, noting its bipartisan support.

“We do need to educate more people about hemp, but the people who are supporting it are broad-based,” he said. “This is a product that should have been legal, and this bill will make it legal. And it will create lots of jobs, not just for farmers but for all kinds of manufacturers and food processors and so on in the country.”

And while hemp production is not legal in the U.S., the nation imports hemp products. If industrial hemp cultivation were legalized, Renfroe said, farmers could begin growing it, providing a steady supply of raw material. This may entice processors to set up shop for farmers to sell it to.

“Instead of importing millions of dollars worth of hemp products from overseas every year,” Renfroe said, “we can make our own right here in America.”

Old Dominion Hemp owner Marty Phipps, who sells imported hemp animal bedding out of his warehouse in Waynesboro, said that if commercial hemp production were to be legalized, it would cut his production costs in half.

He imports hemp bedding from Europe and Asia, leading to high shipping costs, he said, rather than buying hemp from Rodes 20 minutes away. He sells 100,000 pounds of hemp product a month all over the country.

Phipps imports hurd, the inner core of the hemp stem, which provides a low-dust, absorbent animal bedding, he said, and can also be used to build homes, among other uses.

But the plant smells similar to marijuana, which is concerning to law enforcement.

Daniel Wilson, Virginia State Police attorney, said drug dogs will be alerted by industrial hemp. Though the THC levels are lower than marijuana, the dogs are trained to notify officers based on smell and cannot tell the difference, he said, which could complicate border checks and police stops.

Some law enforcement are concerned that the courts could determine that the dog’s alert is no longer probable cause to make a search, he said.

Friday was the first time Del. Tony Wilt, R-Broadway, saw the plant in-person, something he described as “eye-opening.”

“This is an exciting opportunity,” he said, “in something brand new to us to create a whole new flourishing industry.”