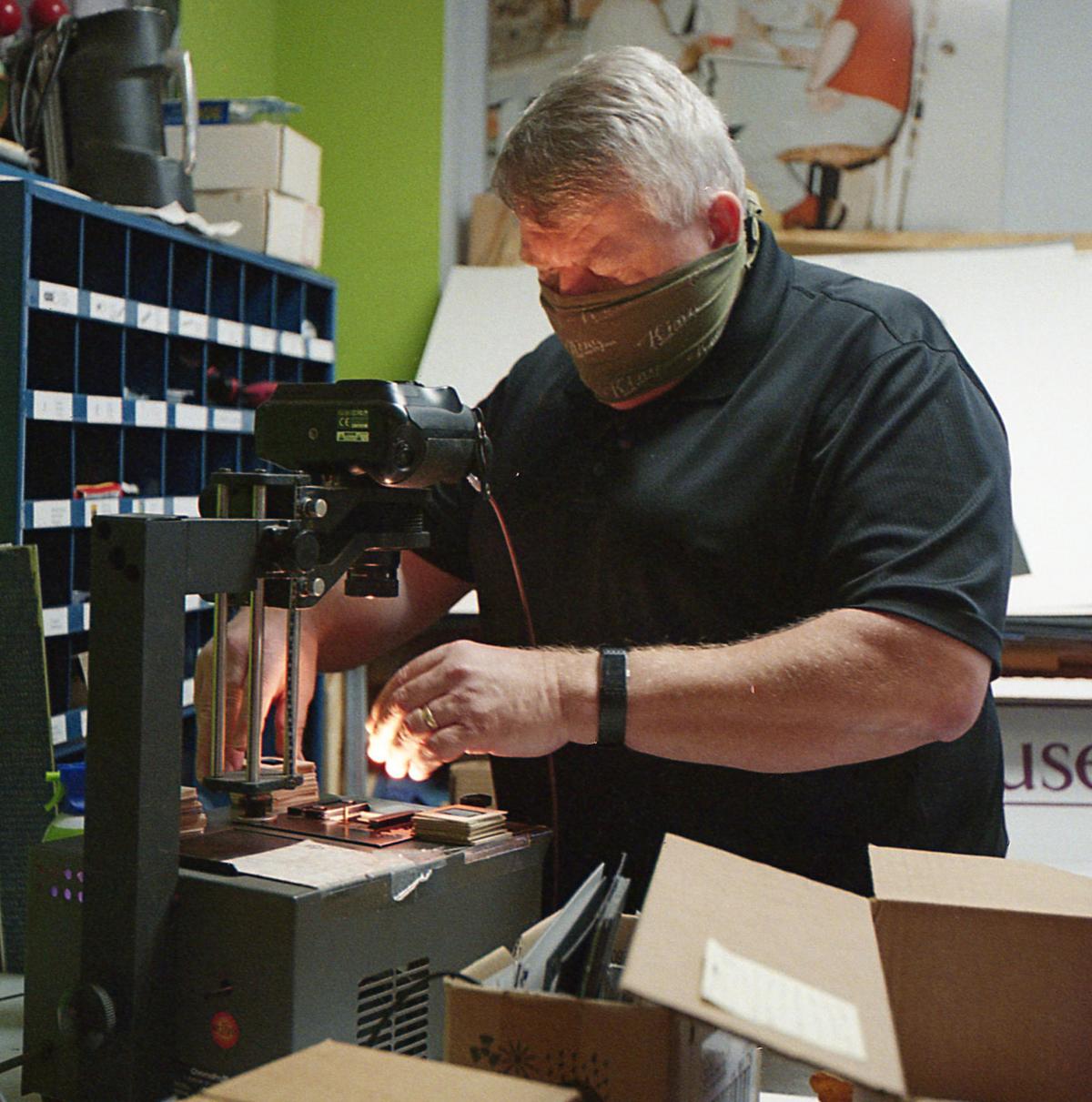 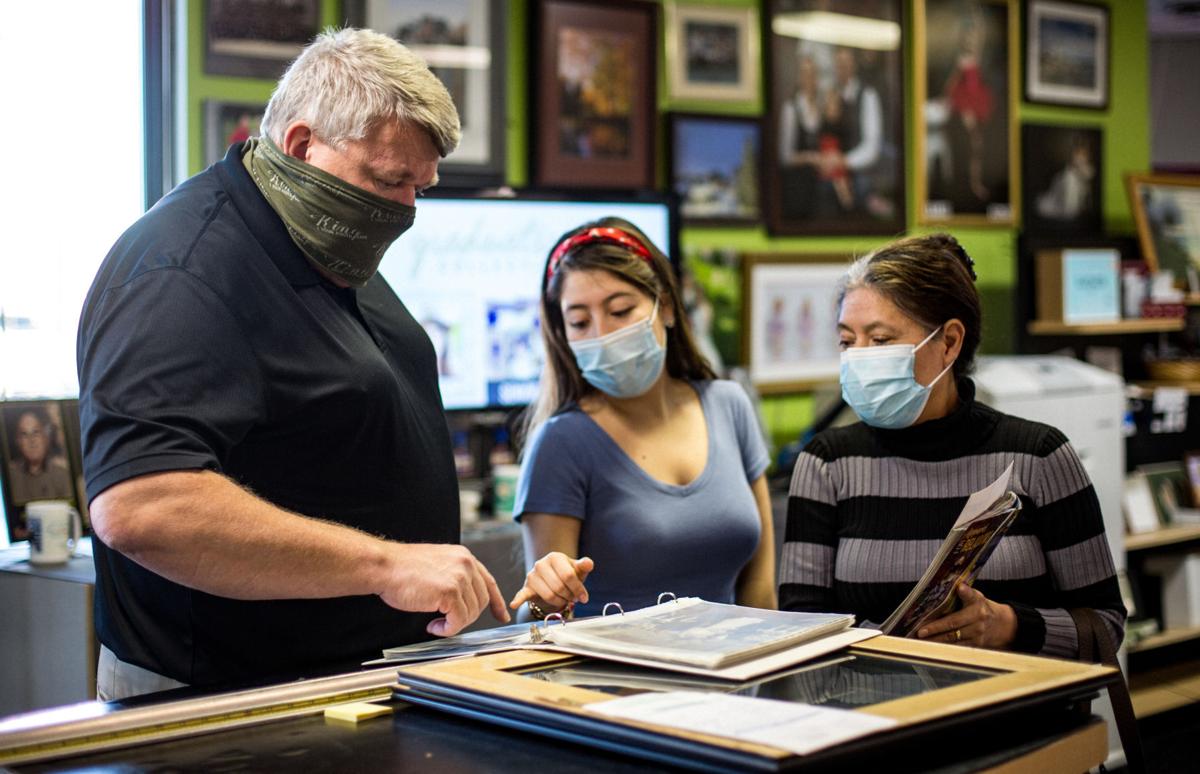 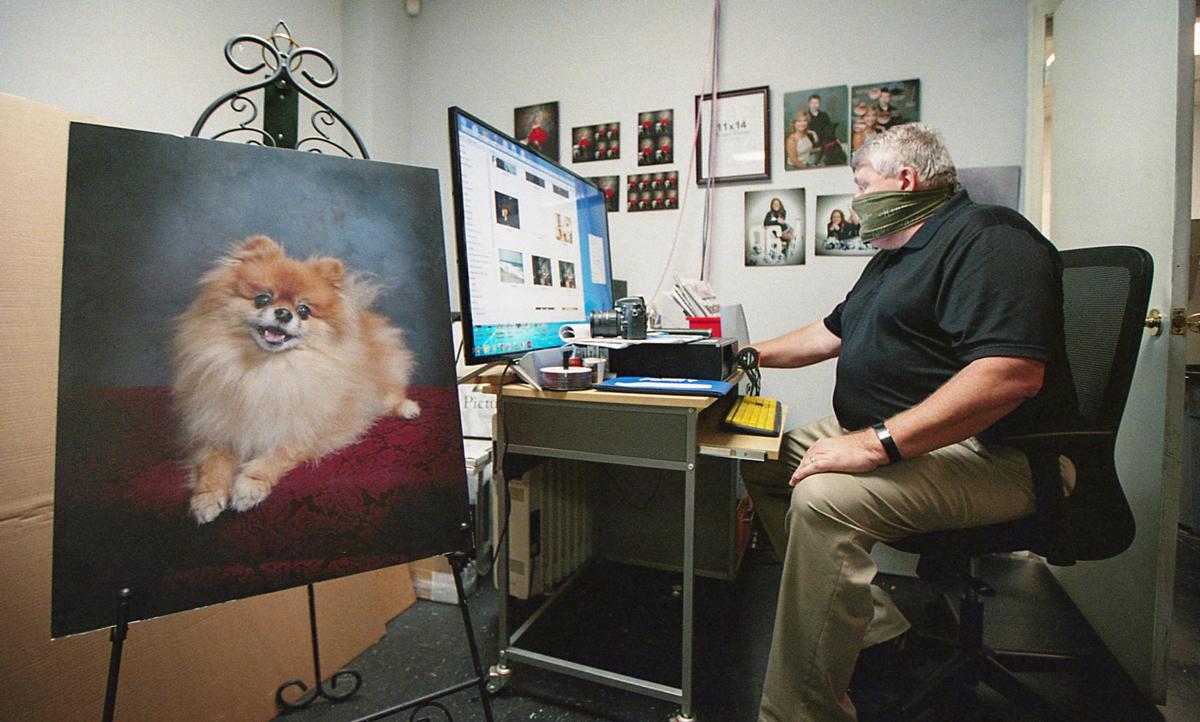 King Photo owner Allen Showalter examines and retouches digitized slides at a workstation in his studio.

King Photo owner Allen Showalter examines and retouches digitized slides at a workstation in his studio.

An ice storm was raging that morning on the Showalter family’s dairy farm off Garbers Church Road in 1965.

E.D. ‘Bunch’ Showalter and his son, Conan, were up at 4:30 a.m. like usual to milk the cows. For weeks, Conan had been telling his father repeatedly about the business possibilities if the family changed from agriculture to the expanding photography industry.

‘Bunch’ had not entertained the idea seriously until that frigid morning as he was chipping away at the frozen barn door.

“Tell me about that photography idea again,” ‘Bunch’ said to his son.

That’s how the grandson of E.D. ‘Bunch’ and Conan’s son, Allen Showalter, tells the story of how the family would go on to process its first roll of film on April Fool’s Day in 1966, starting a successful business.

Showalter, 61, of Bridgewater, has worked in photography labs for 55 years.

“I still remember playing in the boxes the equipment came in,” he said.

The family sold the herd and set up its first overnight color lab in the old milking parlor.

By the age of 18, Allen Showalter had spent almost every day of the previous dozen years in the lab.

He was signed up to go to James Madison University to pursue a career in law, but in the second semester of his senior year, grandfather ‘Bunch’ died.

“That left a big opening in the family business and I wasn’t all that [excited] for another seven, eight years of going to school,” Allen Showalter said.

So he joined his father at the family business, then called Harrisonburg Photo Finishing.

Conan Showalter and the original owner of King Photo in Waynesboro, Harry Cooper, went into business together to set up the Harrisonburg location, which opened in 1979.

Conan, who ran the location, would go on to buy the business out from Cooper.

Allen Showalter’s enduring passion for the trade is matched with strong business acumen as evidenced by his election to the highest parts of leadership in two industry groups.

In June, Showalter was elected chair of the world’s largest photo buying group, International Photo Imagers. The organization has over 500 member businesses in seven countries.

Ron Mohney, the executive director of IPI, said Showalter brings a variety of strengths as the chair, such as leadership, experience and knowledge.

“I think that’s why the members voted him in the first place [to the board] and why the rest of the board voted him as chairman,” Mohney said.

He also said Showalter is known for his ability to train others, not just about photo lab work, but procedures for running an organization such as the IPI.

At the age of 24, Showalter went to his first PMA conference in San Antonio, Texas, in the fall of 1984. He knew then he wanted to be part of the larger industry community.

PMA “fell on hard times as the photo industry became more of the electronic industry and less of its own and, ultimately, it folded back in 2017,” he said.

“Digital is simply not as archival as far as preservation goes,” Showalter said. “There’s way too many ways to lose data.”

King Photo helps people recover photographs on digital devices such as old phones or laptops, but sometimes nothing can be done to bring back lost, deleted or corrupted files, according to Showalter.

And online, when websites shut down where photos were uploaded and not backed up, that data is lost when the site or cloud is disconnected as the service ceases business.

The increased scarcity of businesses like King Photo attracts customers from further and further afield.

“We see a lot of film from outlying areas that we didn’t used to see when there were 14 one-hour labs in Harrisonburg,” he said.

And the ever-developing experience of owning King Photo differs from the still images finished within the brick building’s doors on East Market Street.

Congratulations to Allen and Sheila. They are examples of what an entrepreneur should be...hard working, willing to try new ideas, put your money on the line to follow your dream. May success be your reward, you've earned it!

My mistake. I judged before reading the article. I tried to delete it.

Does DNR not have editors that proofread articles?? The title in all capital letters on the front page is misspelled!!! PREFECT?!?!? Thats sad for Allen.